From today it is possible to relive the epic battles of the popular series by taking control of the Mobile Suits on consoles and PC. In fact, SD Gundam Battle Alliance arrives, published by Bandai Namco, available on PlayStation 5, PlayStation 4, Xbox Series X | S, Xbox One, Nintendo Switch, Windows PC and STEAM.

The game presents itself as Gundam’s first action RPG, bringing together the different narrative arcs, from Mobile Suit Gundam to Iron-Blooded Orphans.

In the video game, players will be called upon to fight against the rifts of time (called “Historical Interruptions”) in an attempt to restore the real course of events in the various Gundam series. To do this it will be possible to embark on an adventure alone or in multiplayer for up to three players.

Players will also be able to develop and upgrade their Mobile Suits, obtaining blueprints in the various game missions. The frantic fights will allow you to enjoy a large variety of attacksfrom medium and long distance, as well as close combat that will allow you to create combos and special attacks. 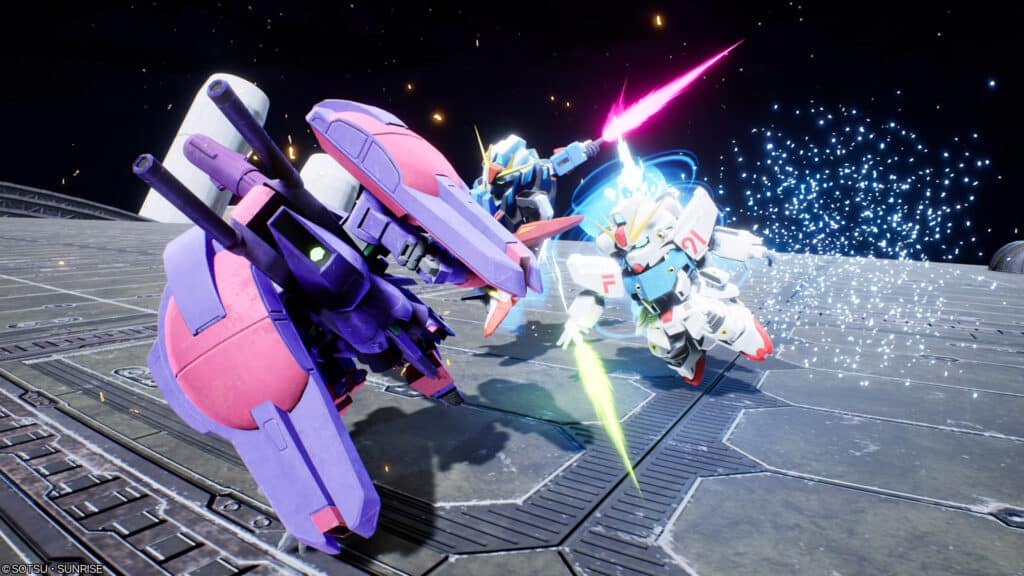