Here is our review of Shang-Chi and the Legend of the Ten Rings, the first origin story of phase 4 of the Marvel Cinematic Universe

Marvel is serious this year. After a 2020 marked by inactivity and the MCU’s first film-free year in theaters since 2009, 2021 has so far seen three series debuting on Disney + and a fourth in progress (What if…?), And now two films in theaters. After Black Widow in July, which did not represent a real step forward in the timeline of the events of this universe, here is a new origin story. We are talking about Shang-Chi, the first Asian Marvel hero to have a film dedicated to him. After Black Widow’s limp hybrid debut and legal wrangling with Scarlett Johansson, Marvel and Disney needed great success and Shang-Chi and the Legend of the Ten Rings didn’t disappoint. The film grossed $ 90 million on its debut weekend, breaking all records.

If we could not expect otherwise from a Marvel film at the box office, especially given the Asian audience to which the film is entirely dedicated, it is the content and quality of the film that surprised us in a positive way. An excellent origin story, an atmosphere completely foreign to what the MCU represents and that it has always brought to the screen, the film is yet another breath of fresh air in this very experimental phase 4. Let’s go and discover together the plot (WITHOUT SPOILER) of Shang-Chi and the Legend of the Ten Rings.

Sean (Simu Liu) is 25, lives in San Francisco, works as a valet parking with his best friend Katy (Awkwafina) and has a quiet life. The boy, however, hides a dark past. His father Wenwu (Tony Leung) possesses the power of the Ten Rings, magical objects that give immense powers to those who use them. He used this power to create the criminal organization of The Ten Rings, which has already appeared multiple times in the Marvel Cinematic Universe (most notably in Iron Man and Iron Man 3). Sean, whose real name is Shang-Chi, manages to escape from the control of his father, who had forced him to train since he was a child to become a ruthless killer, and take refuge in America, where he changes his identity and hides for ten years. The ghosts of his past, however, reappear.

As mentioned, we are facing the dawn of a new superhero, very different from the standard that Marvel has presented us so far. Shang-Chi and the Legend of the Ten Rings is full of oriental culture, starting from the wide use of martial arts and not the simple fights we were used to. We are shown a more spiritual, more mystical dimension, which has little to do with what we have seen so far and is certainly a welcome novelty. If it weren’t for one of the post-credit scenes and a couple of well-placed cameos, we could be talking about a stand-alone film based on a Chinese legend..

China plays a big role in the film. Not only because the protagonist and almost all the characters involved come from there, but also because of the use of the language in different parts of the film, especially the more intimate ones that concern Shang-Chi’s family. A more than fair tribute and in line with the narrative of the film and never out of place. For Chinese and oriental culture this film is historical, as it represents the first with an oriental hero as the protagonist and which, presumably, is only the beginning of his experience in this universe.

The film flows very pleasantly, entertains, entertains and is very spectacular. Starting from the fight scenes, seasoned with unique choreographies, similar to dances rather than a confusing clash. All the main characters have their own arc and a fundamental role in the story. To underline the performances of some of the main actors, starting with Awkwafina, who in the role of Katy, in addition to being one of the comic relief of the film, is very well characterized and expressive. Tony Leung’s proof is also very convincing, as he makes up for Wenwu’s shortcomings as a character with the expressiveness of a great actor. Even Simu Liu does his own, without standing out for his skill, also because Shang-Chi, despite being the protagonist of the film, often takes a back seat in the spectacularity and choral nature of the film.

What, in essence, is this Shang-Chi and the Legend of the Ten Rings? The film convinces, indeed surprises, also and above all because it is as different from a classic Marvel film as one could have expected. The film transports you to a unique dimension, full of oriental culture, seen with the respect and curiosity of a westerner. The cast performed very well, with evidence from Awkwafina and Tony Leung standing out above the rest. The film is enjoyable, with a direction that does not exceed but which is nevertheless one warranty at Marvel. The script does not shine with originality, as the formula of the original story, especially at Marvel, must follow certain immovable rules. However, we are faced with a hero who can have his say in the vast macrocosm of the MCU, and who will surely be pleased to find again in the near future.

A breath of fresh air 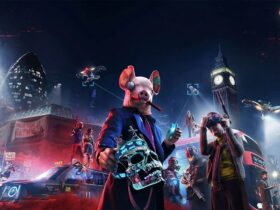 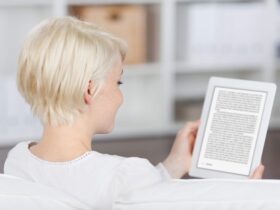 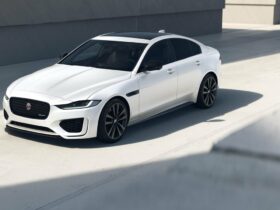 Dune review: the beginning of an extraordinary story

What If…? episode 6: Tony Stark is not a hero

What If…? Fifth episode: the zombies arrive

Review What If…? episodio 4: Dr Strange