The Snapchat – Augmented Reality duo has been working perfectly for a long time now. And they know it well over 200 million users interacting with the platform’s filters more than 6 billion times a day. These are the data released by Snap during the Lens Fest, the global event that annually summarizes the platform’s “best of innovation and creativity from the entire AR community”. In particular, this year the “Festival” focused on new Lenses and Spectacles features, as well as new monetization tools for creators. In short, everything that has to do with Augmented Reality is now “fertile ground” for Snapchat. So let’s see what are the news presented by the company at the event.

Augmented reality is an integral part of Snapchatters’ everyday life

According to what Snap reported during the Lens Fest, they are over 306 million users who use Snapchat’s camera every day to post content. Of these, over 200 million interact with Snapchat Lenses. An important fact in support of the momentum towards augmented reality shown by the platform. To which we must add well 250000 Lens Maker from over 200 different countries, for a total of 2.5 million AR Lenses, seen and used around the world more than 3.5 trillion times. Numbers that make you think, especially if we consider that more than 80% of creators is located outside of the United States, thus demonstrating the global natural of the App’s success.

“Augmented reality is born from the vision of the physical world, which is enriched by everything that is available in the digital world. Snapchat was founded on the idea that the camera can be used not only to capture moments in a timely manner, but to communicate in real time. The Lenses make all this even more meaningful, enriching current perspectives with creativity.It is really exciting to see how the community relates to the most avant-garde AR technologies, giving them life in an innovative and creative way. Over the past year our team has introduced a suite of advanced features such as the ability to add garments or segment skin type, Body Mesh 3D and VoiceML – all to help creators and developers create ever more engaging, realistic and accessible “. So he declared Bobby Murphy, co-founder of Snap, during the event.

There couldn’t be a better time than Lens Fest to release new features for Snapchat’s AR Lenses. Snap has indeed announced a suite of new tools and features available with Lens Studio 4.10 update. These include the possibility of “developing customized Landmarkers capable of transforming local monuments into real AR attractions”. To access the feature, users will need a device with a “LiDAR scanner to map the area and create a 3D model to import into Lens Studio”. This will allow creators to animate any monument or tourist attraction quickly and easily. And this is just one of the novelties presented by Snapchat.

With the introduction of new AR Lenses within Lens Studio 4.10, for example, creators will be able to immerse themselves in the world of the Matrix. Also, thanks to new library for Sounds, you will now be able to add licensed music to Snaps and audio clips to Lenses from millions of available songs. And as if that weren’t enough, now “AR elements appear and react more realistically to forces of physics such as gravity and collision“. Finally, among the innovations announced by Snap also the possibility of accessing useful information, such as the stock market trend or the weather, to create smarter and more functional lenses. In short, many innovations that expand the potential of AR. Even if they are not the only ones.

All the new monetization options for creators

ns Fest, in fact, Snap has announced three new monetization options for creators around the world. Among these, first of all, the Lenti Call-To-Action, which finally allow creators to be able to redirect their users to a site or a virtual shop. Then the option Gifting, which instead allows him to earn “a share from the gifts received through the replies to the stories”. For now, the feature is being tested in the US, but it is highly likely that it will be released elsewhere soon. In the end Ghost, Snap’s innovation hub for augmented reality. Here, individual or team developers who want to explore their creative potential can “apply and receive funding of up to $ 150,000 per project or even direct support from the Snap team“.

Snap first introduced Spectacles five years ago, and recently re-launched them with new built-in features. Now, on the occasion of the Lens Fest, the company has announced the release of new options useful to creators:

In short, Snap pushes towards augmented reality. And it does so with enormous success. We will see, then, how many and which objectives the company will achieve with the new functions presented.

CoD Modern Warfare 2: rumor about the setting of the campaign 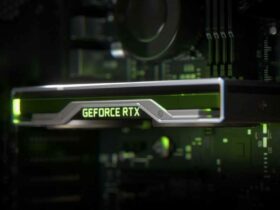