I Sony TV are about to arrive: the company announces the availability of the models Bravia XR 2022including the top of the range OLED 4K HDR MASTER Series A95K and the panel Mini LED 4K X95K. The best to immerse yourself in your favorite movies and series.

Sony has unveiled several new technologies to improve the way we watch television. All technologies feeds from the processor Cognitive Processor XR, which offers amazing results. For example, it allows you to activate the technology XR Backlight Master Drive for the backlighting of Mini LED panels such as those of the series X95K.

Or for using XR Triluminos Max on the panel OLED of the A95K model, which expands the choice of colors and offers shades never seen before. But without giving up the extreme contrast with XR OLED Contrast Prowhich makes blacks even deeper.

Great attention is also paid to the audio department, with a solution such as Acoustic Surface Audio+ on OLED models and Acoustic Multi-Audio on LED models. And to further improve entertainment, find technologies such as Netflix Adaptive Calibrated Mode to improve the playback of streaming content. Plus the TVs are perfect for PlayStation 5, with features like Auto HDR Tone Mapping and Auto Genre Picture Mode.

The new Bravia Cam it also allows not only to manage video calls and take advantage of the gesture commands on Google TVbut also to adjust the picture and sound according to the position you have in the room. 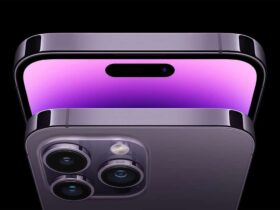 iPhone 14 Pro Max: The success of the model will change the iPhone 15