In the interview in question the actor was asked if he had played Marvel’s Spider-Man and Holland replied that Sony was kind enough to send him a PlayStation 5 with a copy of the game, which our cinematic Spider-Man was then able to explore between takes. Holland stated that he liked the title very much and that one of the moves featured in the game’s combo park served as direct inspiration for one of the film’s stunts.

As surely you have already guessed, the actor has not specified what move it is, and it didn’t even mention a specific game sequence, but that’s not the point. The interesting part is to see that products so apparently distant from each other, such as cinema and video games, are able to influence each other in such an all-encompassing way.

In any case, there is a wide choice of situations from which this little easter egg could be taken, on the other hand a good part of the villains present in No Way Home make at least one appearance in the video game, just think of Doc. Oc. and to Electro. Not to mention that it could also be Spider-Man by Tobey Maguire or Andrew Garfield to perform it, provided that the rumors concerning their presence in the film are true. 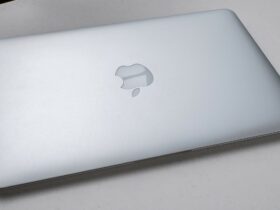 MacBook Pro: The production of the new generation has begun

AVM launches FRITZ! Box 6850 with 5G support on the market