Through a press release, Spin Master has decided to give us ten gift ideas and game proposals for the upcoming Christmas 2021, full of fun and imagination

Christmas is approaching by leaps and bounds, and so is the frenzy of necessarily having to buy original gifts that move away from the classic pajamas, socks and underwear of various kinds. Among the many companies that in this period are promoting discounts and offers of various kinds, also Spin Master comes to our rescue, with ten gift ideas to put under the tree for the delight of young and old. From the new edition of Risiko set in Gotham City, to the drone that is controlled with the hands, to the Deluxe edition of Batman: there is everything, we assure you. And we will also tell you about it in this dedicated article!

Take a chance! Batman: The Fall of Gotham City

Risiko is revolutionized and the world of DC superheroes bursts on the game board, in this new and first edition dedicated to Batman. The classic game world map gives way to a detailed map of Gotham City, in which players will have to compete in the conquest of the infamous districts of the city as one of Batman’s Super-Villains nemeses, from Joker to Harley Queen, passing through Doctor E. Nigma, Mr Freeze, Catwoman and Bane. The iconic colored tanks in this edition give way to an army composed of 25 henchmen, 10 motorcycles and 5 armored vehicles, with which to assault the neighboring districts and battle Batman. 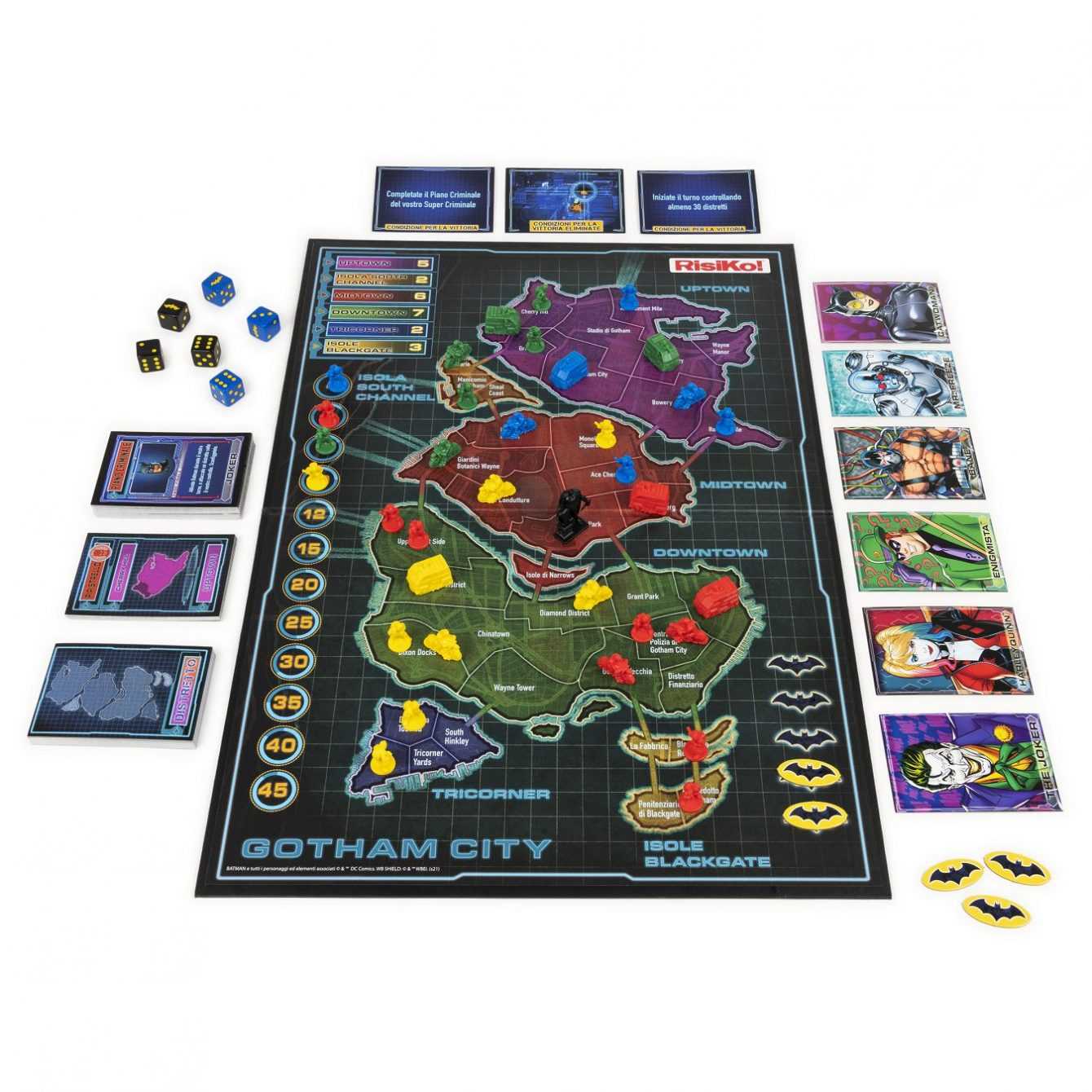 Let’s move on to a completely different kind of gift idea with Purse Pets, the first interactive handbag that becomes a fashion consultant. Inspired by the shapes and patterns of the animals most loved by girls all over the world (fox, unicorn and leopard), the handbag interacts with its owner, reacting to her touch, blinking and reproducing over 25 sounds and reactions.

Made of faux leather, Purse Pets is a friend and a fashion consultant: to find out what she thinks of your outfit, just ask her a question and stroke her forehead. A secret button is also hidden on the front that unlocks different game modes, including the magical one, which will activate different games and play music. Finally, by holding down the forehead of Purse Pets, the puppy enters fashion show mode and will be able to reproduce the sound of photographers’ shots, red carpet applause and of course the jingle to tread the catwalk. 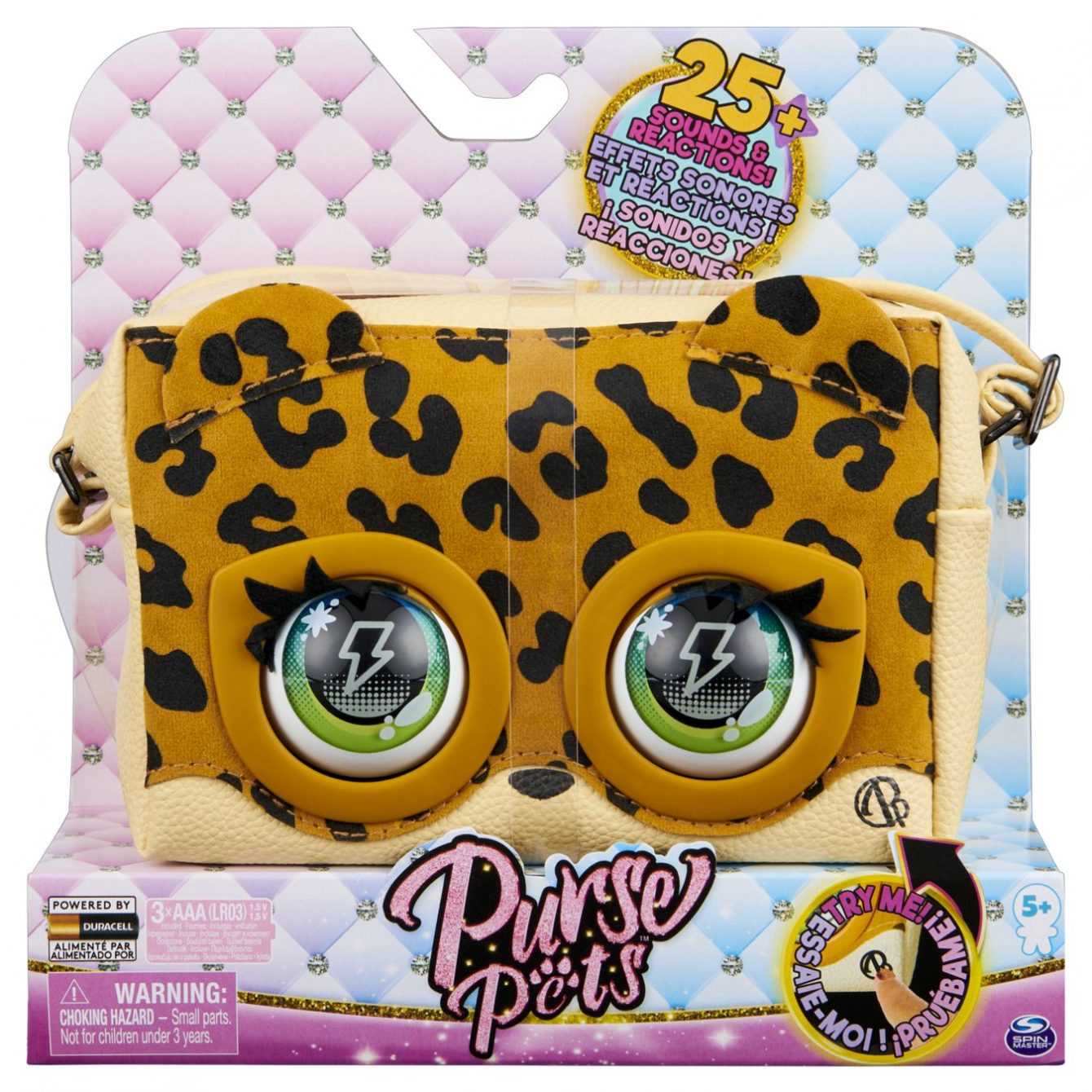 Air Hogs Gravitor is the new model of the Spin Master line entirely developed by a team of engineers who build radio-controlled vehicles and aircrafts for outdoor and indoor fun. The new toy drone has, as an absolute novelty, the ability to be controlled with the hands, without any type of remote control. Lightweight and robust at the same time, Gravitor does not stop when it hits objects, but bounces off them while remaining in flight. Equipped with a central rod, which allows you to grab it while in flight and make it perform stunts, Gravitor offers a gaming experience of more than 10 consecutive minutes and is perfect for playing alone or in company. 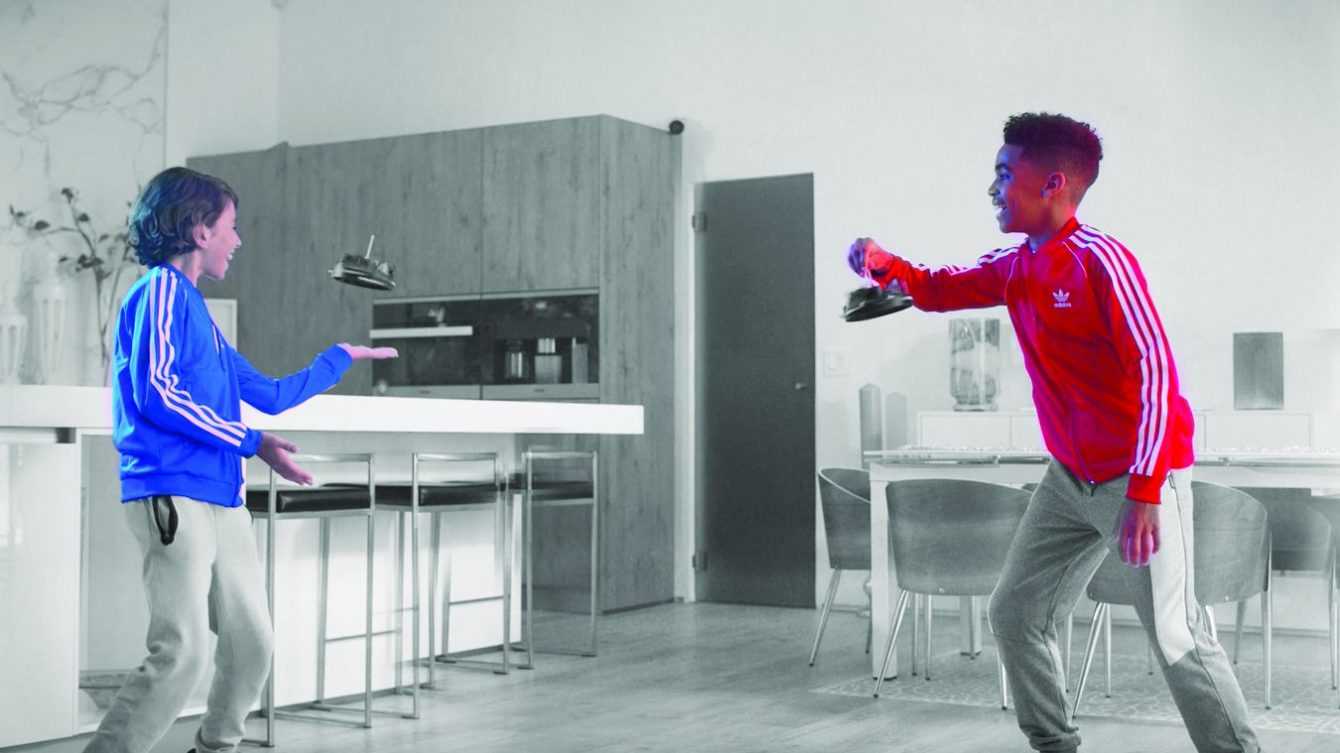 Batman Tech Deluxe is the first version of the Gotham City hero to feature technological armor with wings to glide among the skyscrapers of the city. Once the transformation has started thanks to the special button, Batman will unfold his technological wings and the Bat-Signal on his chest will light up. Also included in the package are the Batbow and the Batgun.

Shimmer Me is instead the novelty of the Cool Maker line for Christmas 2021 which aligns with the trend of the moment in terms of body art and tattoo. A new idea to give life to unique and creative temporary tattoos, to choose from among the many shapes (stars and planets, clouds, hearts, flamingos of various colors). Shimmer Me temporary tattoos last approximately 24 hours and are easily and safely removed with warm water and a washcloth. 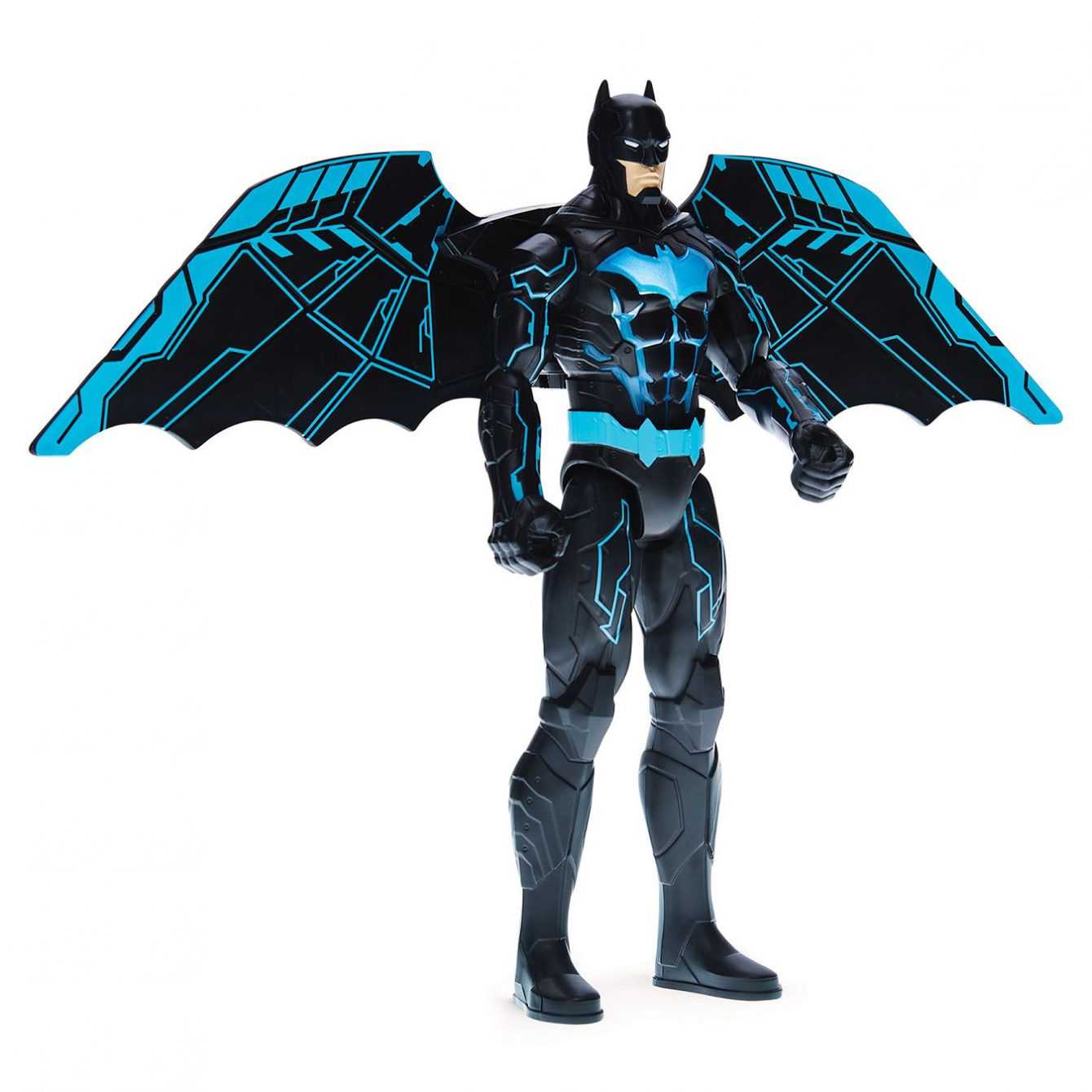 Born from the creators of the Hatchimals robotic egg, Crystal Flyer is the beautiful fairy who also last Christmas conquered the girls from all over Italy by flying as if by magic. It is in fact equipped with a innovative technology that allows it to float in the air and to move simply by approaching the palm of the hand. For this Christmas 2021, the Crystal Flyer transforms into a real pop star, with glitter wings, new hairstyle and iridescent boots.

From fairies to cars: the Batmobile R / C Launch & Defend is perfect for speeding through the streets of Gotham City. Equipped with dual joystick controller, very easy to use, the Batmobile is crafted with the utmost attention to detail, with aerodynamic wings, real rubber tires and a soft bumper designed to experience great adventures without causing damage by breaking furniture and objects. In addition, you can press the appropriate button on the controller to remove the canopy and eject Batman’s seat from the cockpit! 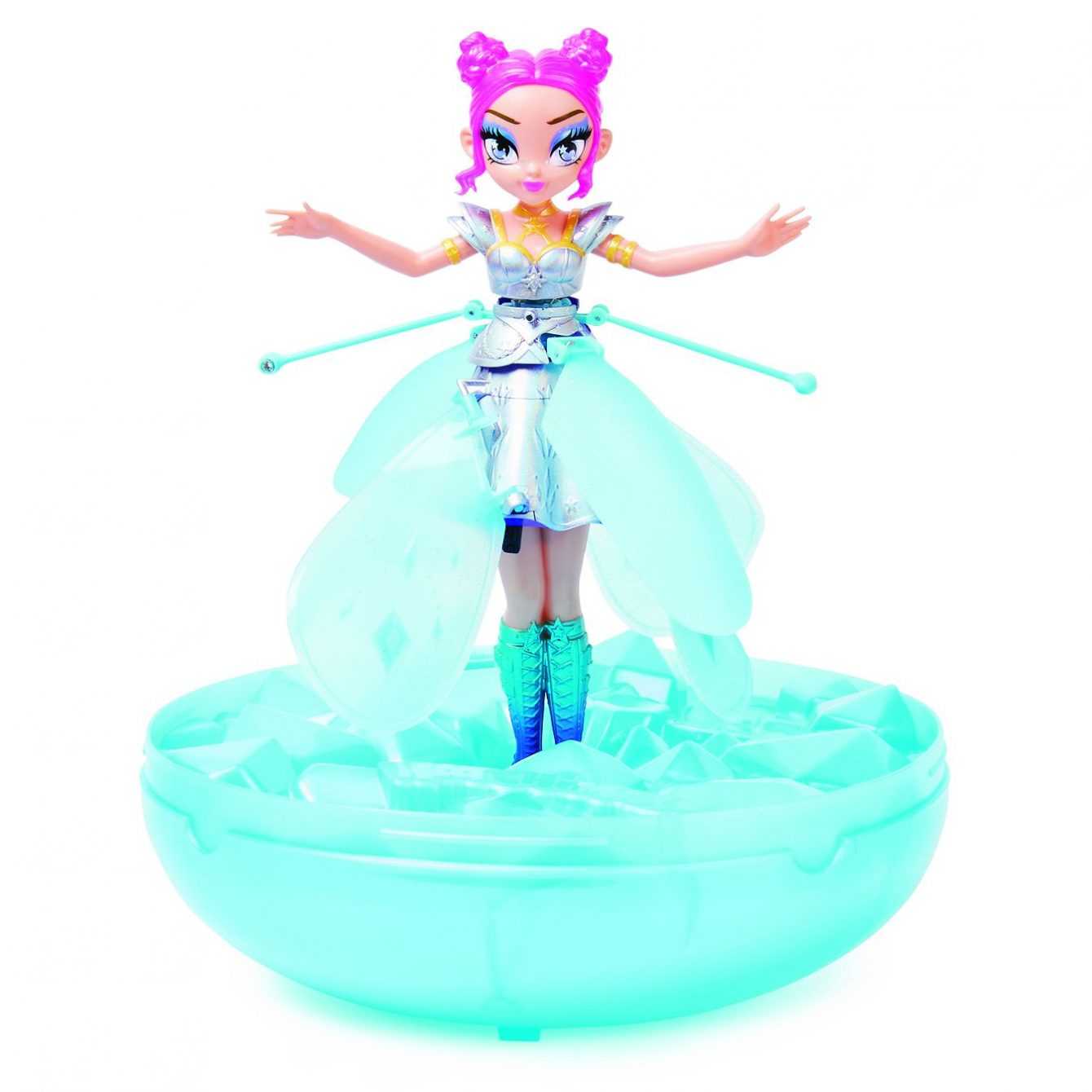 It comes directly from Adventure City the new collection of toys dedicated to Paw Patrol: the film. Great attention to detail, uniforms and vehicles with transformations faithful to those seen on the big screen. The Spin Master toys line for this Christmas 2021 includes: 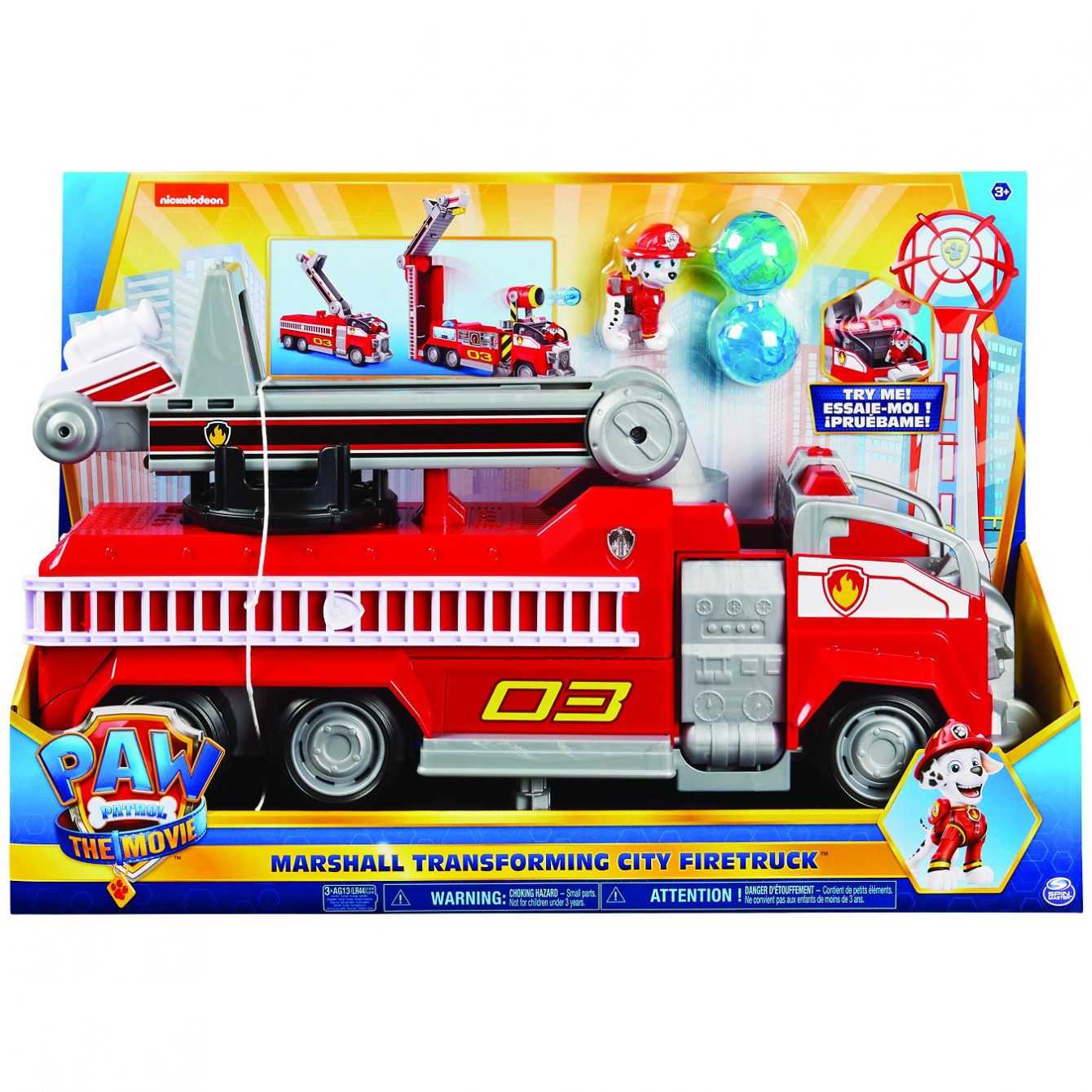 The protagonists of Paw Patrol have arrived in Dino Land, a magical lost world where you can experience dinosaur-sized adventures! They are also joined by Rex, a Bernese mountain dog puppy with dsability super expert in dinosaurs. A new line of themed toys also comes from Dino Land, including: 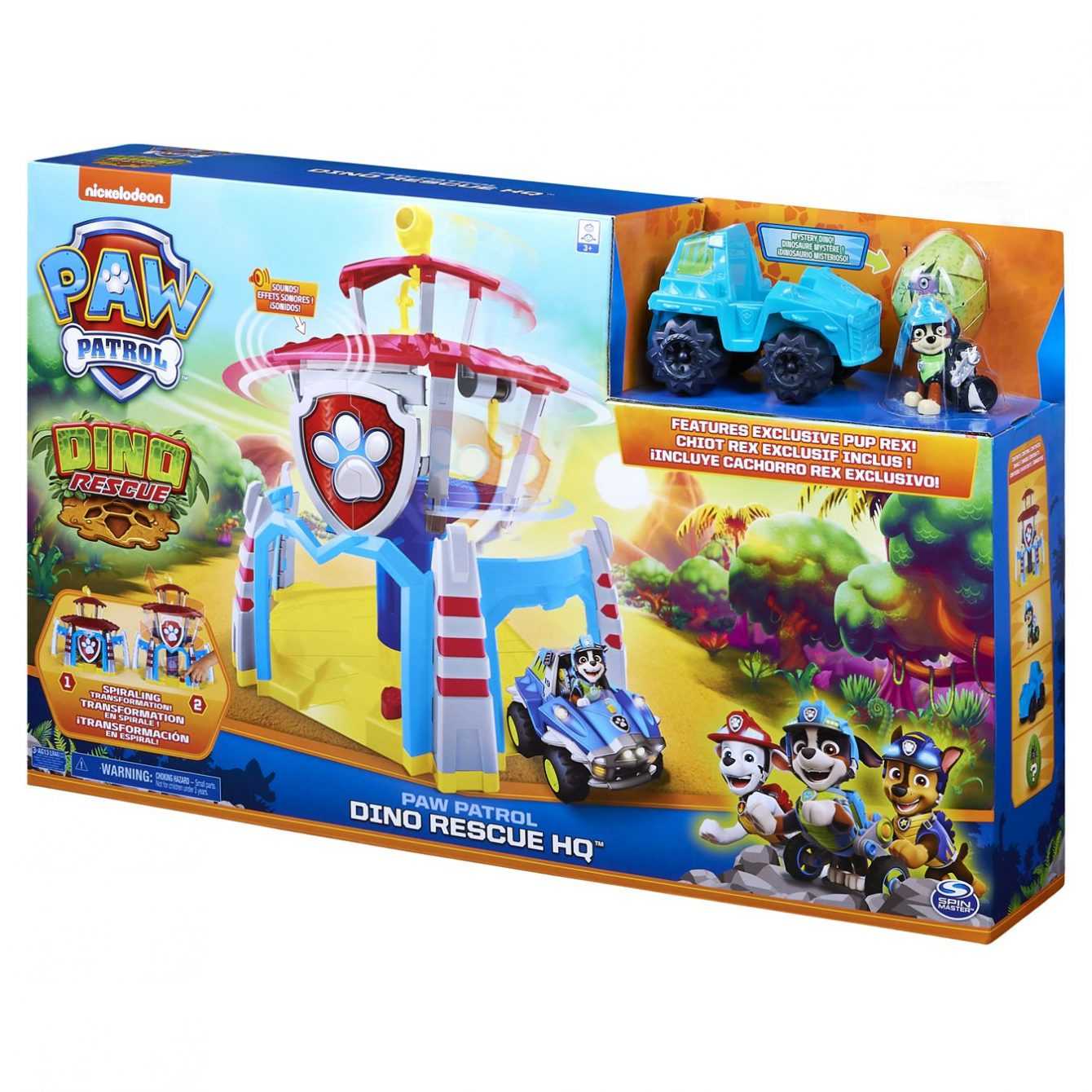 To conclude this article with all of Spin Master’s Christmas 2021 themed gift ideas, let’s move on to Harry Potter. The company fulfills the dream of millions of children who dream of being able to cross the threshold of the Great Hall to undergo the famous Sorting rite. The Sorting Hat is made of fabric and is faithful to the one seen in the movies. Once put on, the mouth will open to loudly announce (the original one!): Slytherin, Hufflepuff, Ravenclaw or Gryffindor! The package is enriched by the addition of five wands made by reproducing those of Harry, Hermione, Dumbledore, Ron and Luna. 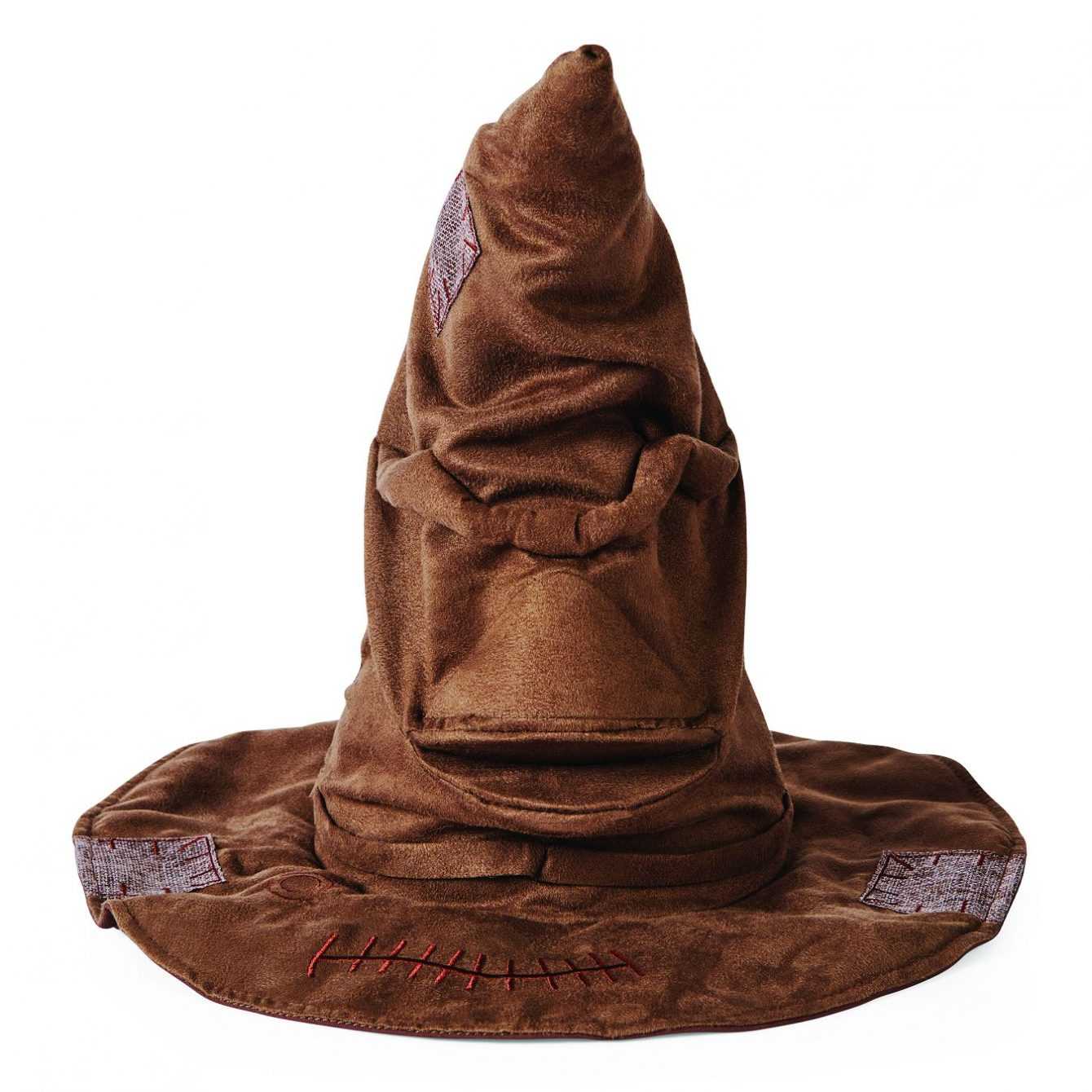 The Spin Master gift ideas for this Christmas 2021 end here. Let us know what you think below in the comments, we also remind you that if you are interested in discounts and offers with a nerdy object theme, the Zavvi catalog is at your disposal!