The day of FIFA 22 has arrived, one of the most anticipated releases from the gaming world and from all game fans. But FIFA is not just a video game, in fact it also represents the encounter between two cultural universes: music and football. The game, which has always had an eclectic soundtrack, including big hits and new songs from around the world, offers a great chance for artists to increase their popularity. For example “Heat Waves” by Glass Animals and “Busy Earnin ‘” by Jungle are two songs that became mainstream after entering the FIFA soundtrack.

On the occasion of the release of FIFA 22, Spotify has released the audience figures for all FIFA soundtracks since the release of the first version of the game in 1997 – noting that the most listened FIFA song of all time globally is “The Nights” by Avicii, from the FIFA 15 soundtrack, while the top song in Italy from 2015 to today is “Habibi” by Ghali.

The most loved song globally from the FIFA 22 soundtrack is SEB’s “seaside_demo”, while the most listened to in Italy is “Oliver Twist” by ArrDee. The most popular song globally from FIFA 22 VOLTA FOOTBALL SOUNDTRACK is “West Ten” by AJ Tracy and Mabel, while in Italy it is “Never come back” by Caribou.

A curiosity: in the FIFA 22 soundtrack there will also be “Fuego (feat. GABIFUEGO) [Spotify Studio 100 Recording]”By Jelassi and Musti, the first ever Spotify Single. In addition, many artists make their debut in FIFA 22, including Loyle Carner with “Yesterday” and girl in red with “Apartment 402”. Spotify also revealed which songs and artists managed to resist the passares of the time, such as Imagine Dragons and Billie Eilish who have conquered FIFA players and fans, entering Spotify’s global top 5 of the most listened to songs of the game’s soundtracks.

Spotify’s Top 5 for the different editions of FIFA

Top 5 in Italy of FIFA soundtrack songs since 2015:

Steve Schur, Worldwide Executive / President, Music at EA said: “For more than 20 years, FIFA soundtracks have been among the major musical events in the world. The artists we have presented and the musical and geographical boundaries we have erased represent multiculturalism as it has never happened before, and the best version of
globalization. Initially, FIFA soundtracks reflected world culture, later they began to influence it. Today FIFA soundtracks have become culture. “ 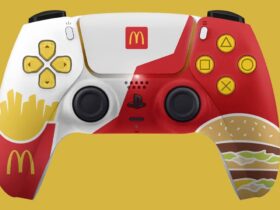 ASUSTOR NAS: Photo Gallery 3 and AiFoto 3.0 for a smarter NAS

Teufel CINEBAR ONE: a powerful and crystal clear 2.0 soundbar