Square Enix is suspending the sales and the deliveries from Final Fantasy XIV Starter Edition e Complete Edition, because it is doing too well and the company he can no longer keep up. Let’s find out all the details together.

It is a gradual process which will take some time and coordination with retail partners. At the moment, both versions are still available in digital game stores but the company said it will coordinate with those partners “as quickly as possible”.

FFXIV players have been struggling with long queues since the expansion Endwalker came out in late November. Even now they have to wait hours to join a server and be able to play. In its announcement, Square Enix explained of having to suspend sales of FFXIV because the “dense concentration of hours of play … far exceeds the capacity of the servers, especially during peak hours”.

Previously the developer stated that he would not have been able to add other worlds The server prior to the release of Endwalker to ensure that we can host all players due to the global shortage of semiconductors.

The director and producer of FFXIV, Naoki Yoshida, apologized in early December for the ongoing problem and conceded seven days of free play time to all players who own the full version of the game and who own a active subscription. In his latest post, he said that Square Enix is ​​now conceding to those other players 14 days.

In addition to stopping the sales of FFXIV, the company will give the priority to logins of people with an active subscription further on. He will not accept more free trial memberships, and current free trial players will no longer be able to log in outside of night and morning hours. 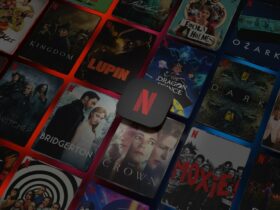