“Papa Sakurai” delights us with a weekend event almost in theme with Kazuya: here are the “father figures” of Super Smash Bros. Ultimate

Alone and only Masahiro Sakurai he would have known how to dedicate a weekend event so cruelly in theme with the arrival of Kazuya Mishima in Super Smash Bros. Ultimate. After the “Fire and Flames” tournament, the focus returns to the Spirits board, giving emphasis to those “who are also fathers” (we quote verbatim). Of course, we know that the Mishima family has some big problems, given it continues patricida benefits which involves its members. On the other hand, Sakurai is the same game designer who gave Paz Ortega Andrade’s spirit the ability to equip Bob-Ombe, so…

Without further ado, let’s briefly talk about the “Figure paterne”Of the Super Smash Bros. Ultimate weekend event. The skimming allows us to list all the Spirits: James McCloud, Father of Ness, Donkey Kong and Lady, Dr. Wily, Bowser groom, Eliwood, Garon, Kazuhira Miller, Wesker, Saki Amamiya, Flint, Sigurd, Ashnard, Roy Campbell, Balder, Inuji Darumeshi, Rusty Slugger and Monaco Yum. If you miss one of them, you will have time from the day after tomorrow, Friday 18 June all eight in the morning, until the same time on Monday 21 to make them yours. Of course, we have four tough legends, but we can give you some tips for two of them. 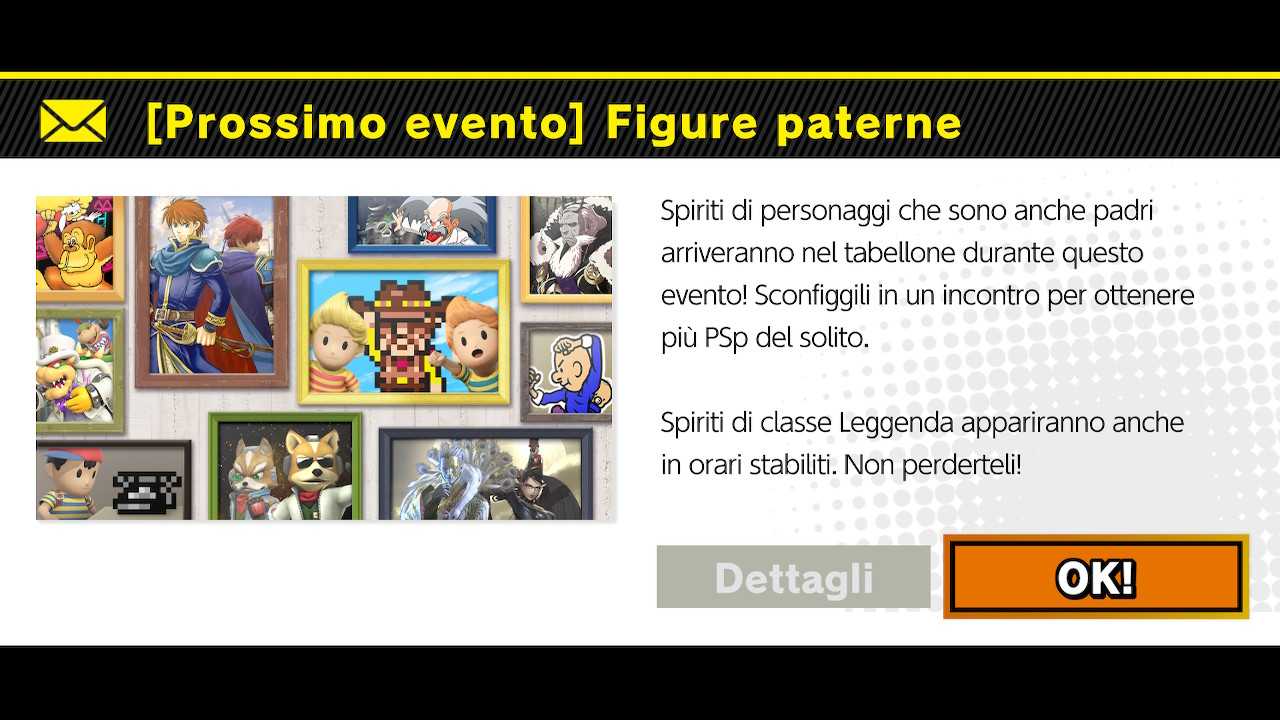