The eleventh installment of the guide talks about the four basic arenas and five scenarios of the first Super Smash Bros. Ultimate Fighters Pass

Here we are: ours guide to arenas and scenarios of the series has finally arrived at the settings of Super Smash Bros. Ultimate. Here are all the levels created expressly for the latest addition to Nintendo Switch. There are “only” fifteen missing (out of 115, so yes, only 15), nine of which we will see today. In fact, we allude to the four scenarios of the base game, plus the five included as DLC with the first Fighters Pass. In this regard, we refer you to episodes 15 and 16 of our guide to the characters for the prices of each of them. In the appendix, we will talk about the Wall of pain and of ladder combo. 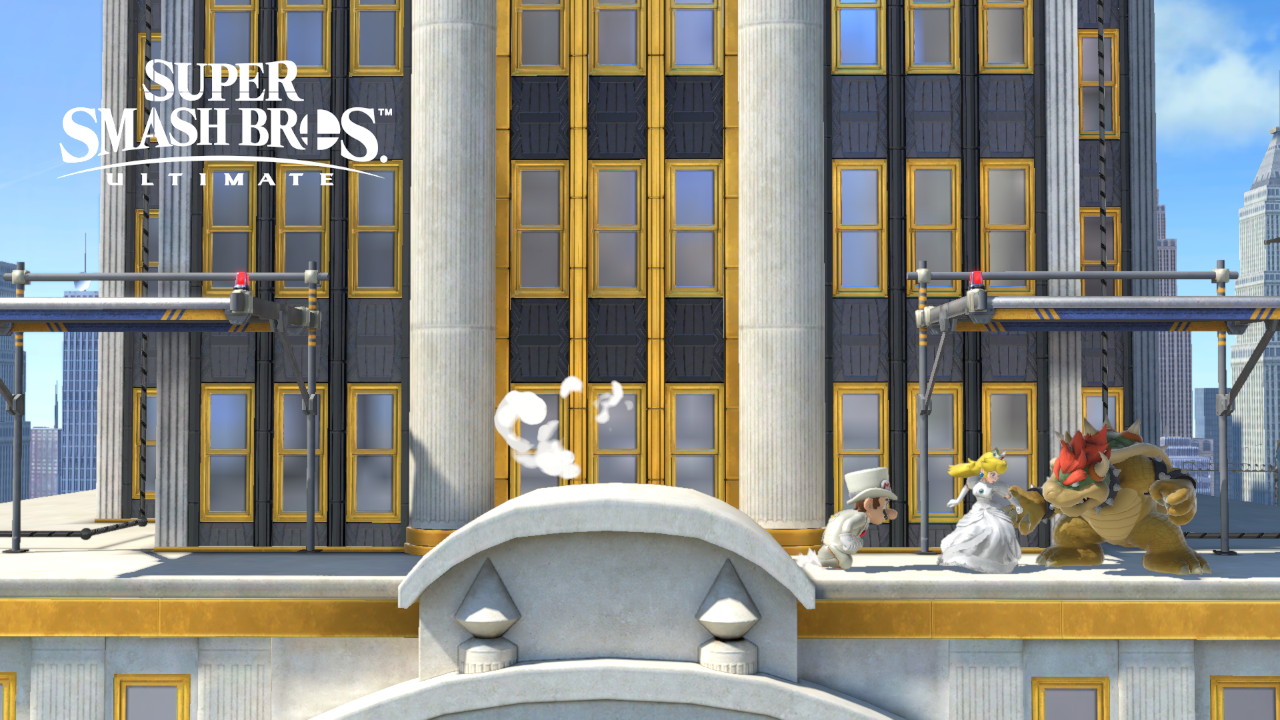 One of the first unreleased scenarios of the game is also one of the last traveling arenas in our guide to Super Smash Bros. Ultimate. The Municipio in New Donk City, as the name suggests, it is a tour that guides us through the various cornices of the building (a bit like the Torre Prisma consists only of the tower and not the entire Lumiose City). The layout of the platforms varies during the various transitions from the ground floor (walk-off) to the highest point. 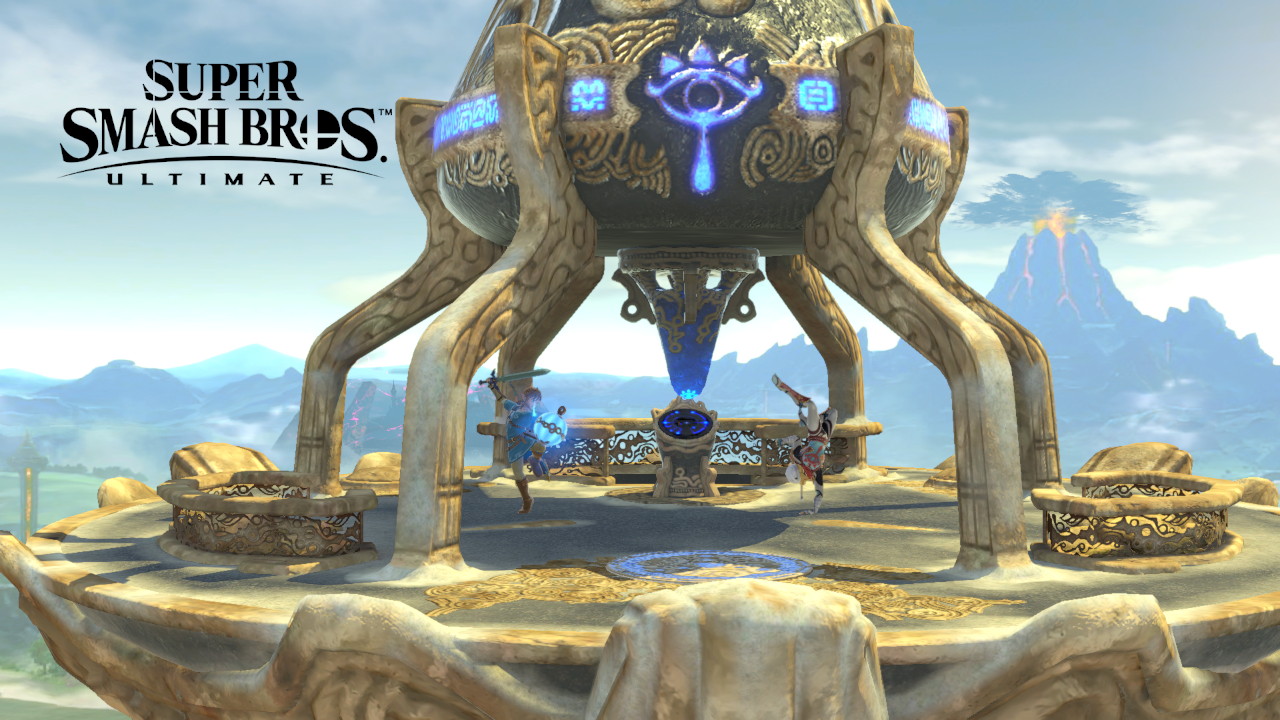 Given Link’s presence in his incarnation of The Legend of Zelda: Breath of the Wild, the inclusion of the ruined Hyrule was a must. There Tower of the Origins essentially consists of another Final Destination, but with a destructible canopy that regenerates over time. The old man who appears from time to time does not affect the fight. 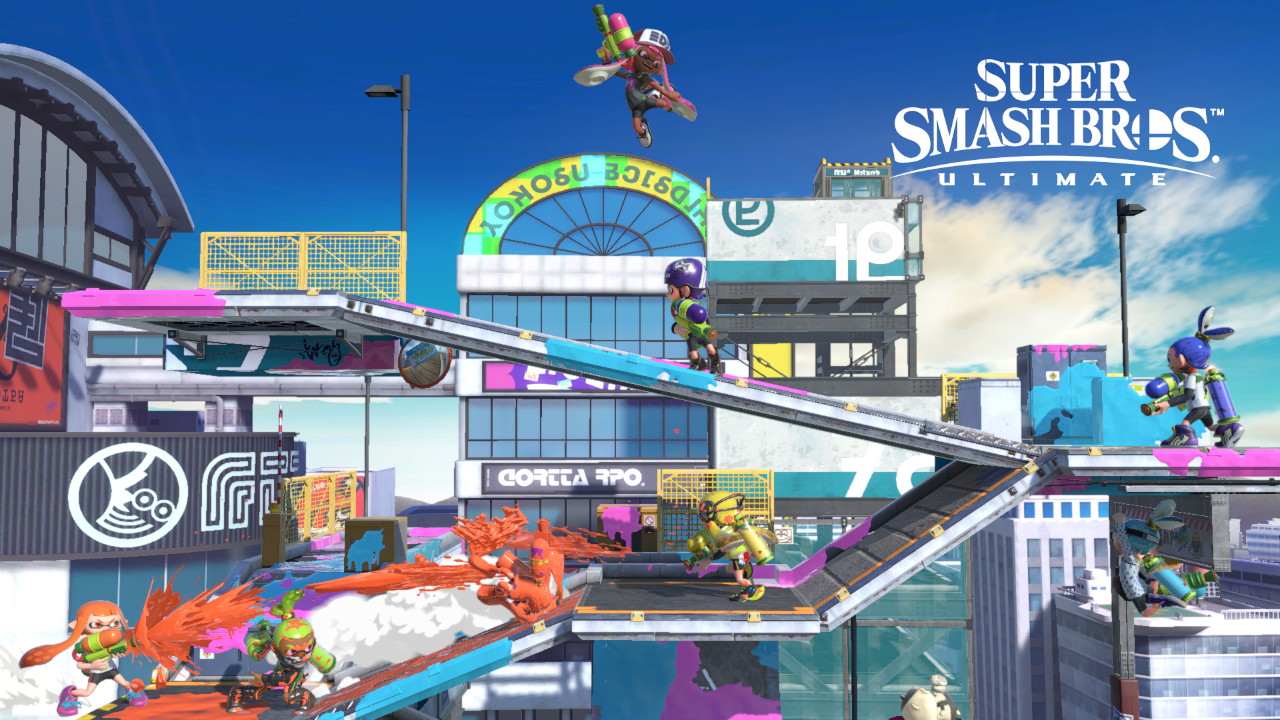 The Splatoon arena isn’t necessarily built with the Inkling’s moveset in mind, but there’s nothing stopping you from re-enacting a shellfish scrum if you like. The City Towers basically consist of a multi-storey car park. The platform at the base is solid, while both those above and the various slopes to go up and down can be crossed. 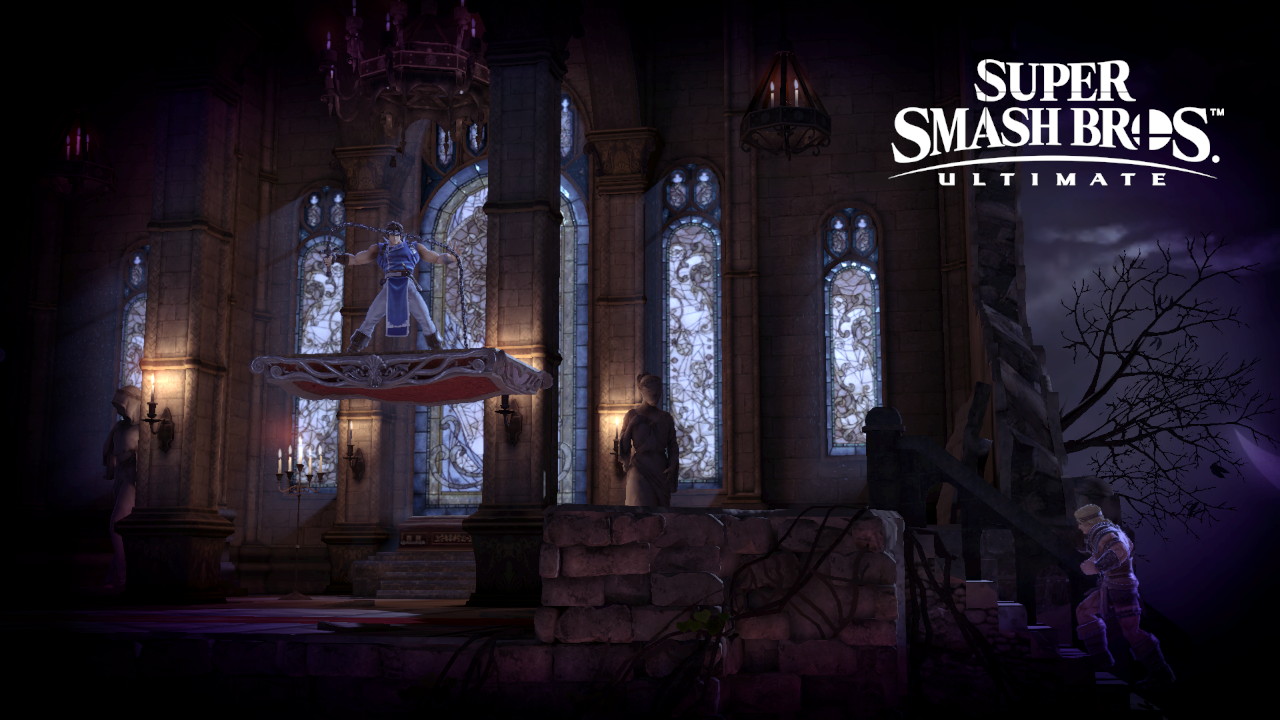 If you don’t have DLC and the lessons in the appendix don’t need you, the guide for you stops with this last scenario. The Castle of Dracula it consists of a main platform with a concave floor, two moving platforms (they go up and down) and a slope to the right. The various monsters of the Castlevania series remain in the background without affecting the match. If the tools are active, breaking the candles in the background generates items to collect. The edges of the scenery are darkened. 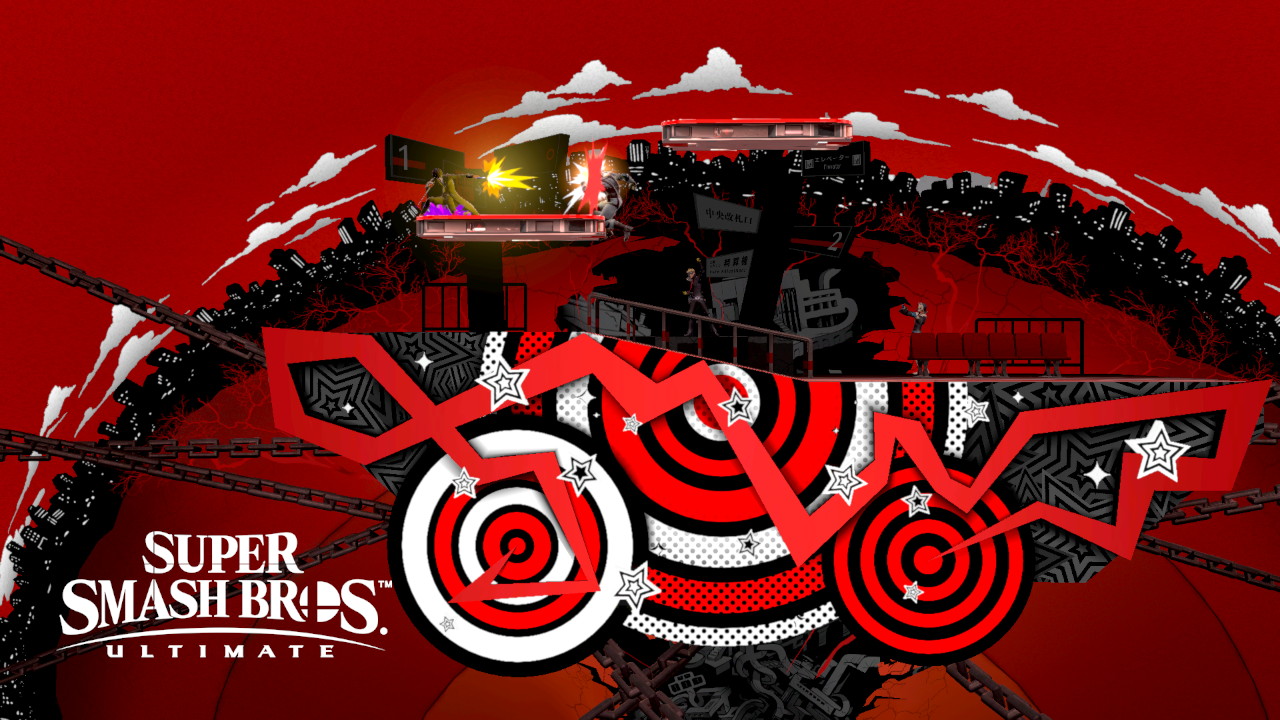 The bolt from the blue with which the first Fighters Pass opened was Joker from Persona 5 (now actually coming to Nintendo Switch, and it was now too!), And with him in Smash he also makes his debut Mementos. DLC scenarios tend not to overdo it with gameplay gimmicks, with some exceptions. In this case, it is mostly a solid platform with a slope in the middle, plus two traversable in the center and on the left. A third platform occasionally appears on the right. Walls can sometimes cover the top of the arena or its sides. Under the platform a train passes from time to time: be careful not to catch it on the snout! 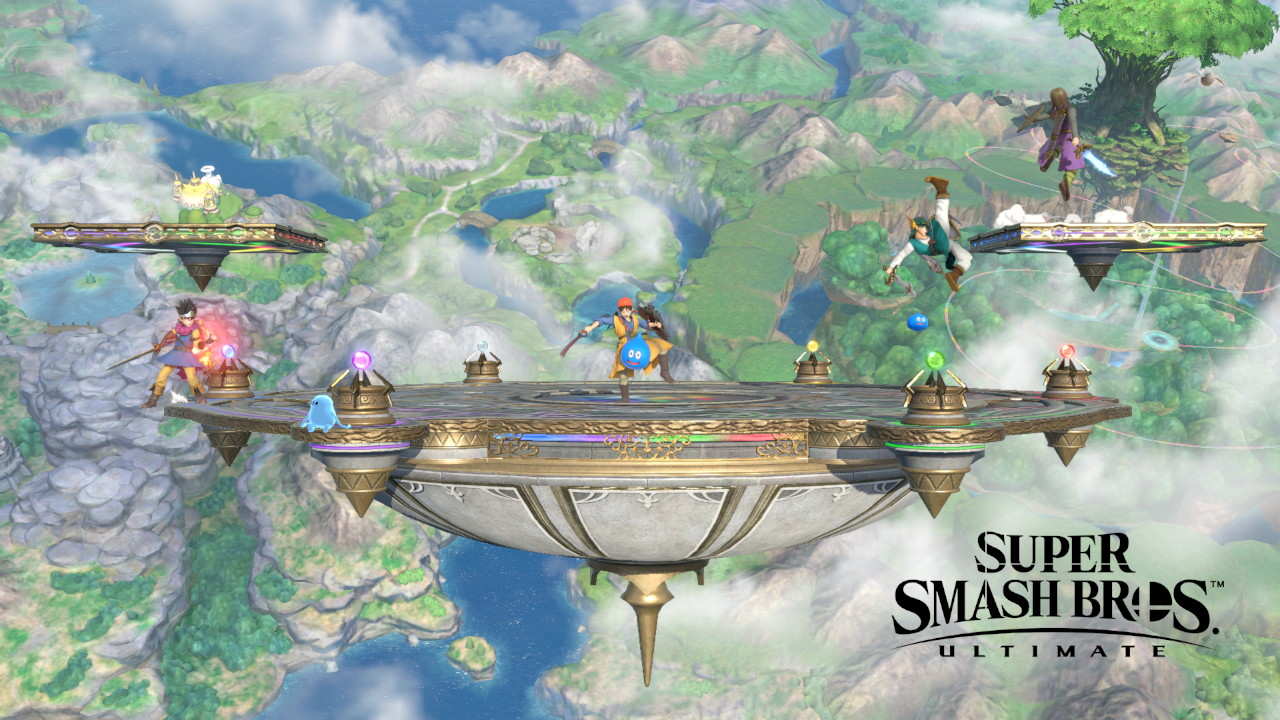 Whoever bought the Hero will also have access to his “home”, theAltar of Ygdrasil. The arena remains anchored to the ground for the first moments of the fight, before moving the battle to the sky. The solid platform is occasionally accompanied by other smaller traversable ones, on which (if the tools are active) chests may appear. Be warned though: some of them may turn out to be toothed Skrigni, who will attack you (and still give a tool to those who defeat them). 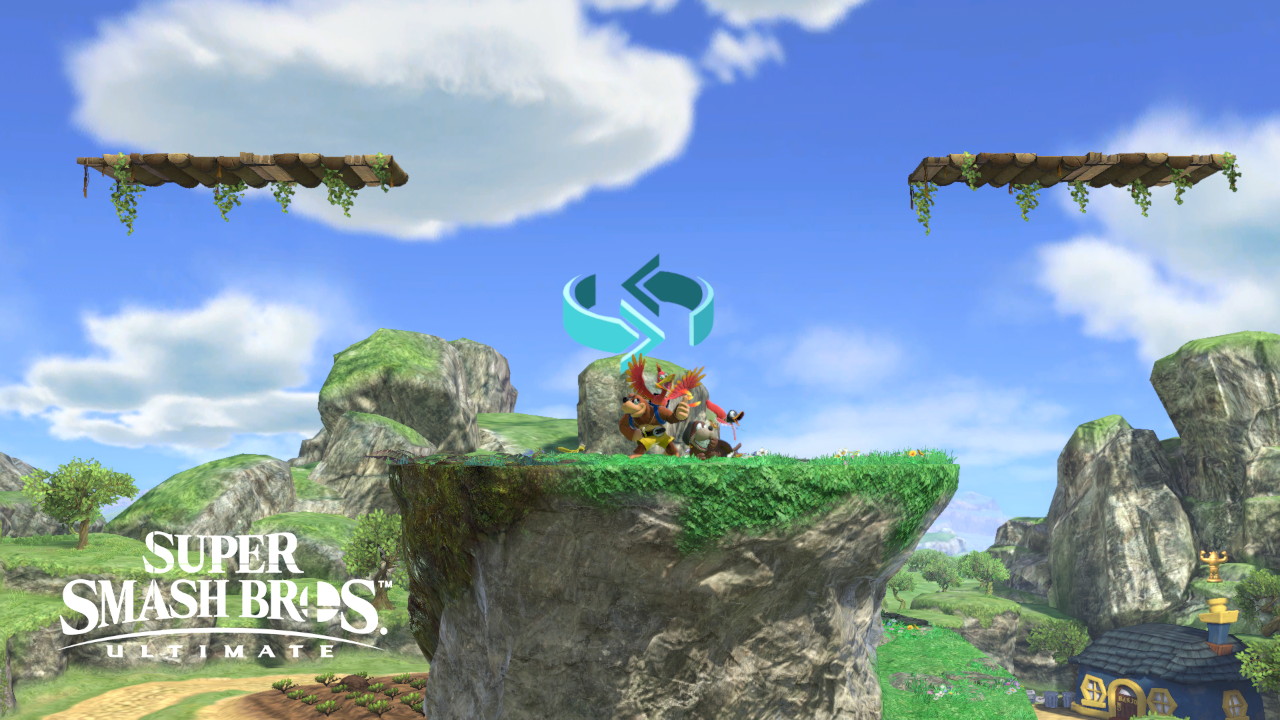 The bombshell that concluded Nintendo’s E3 2019 was the return of an old friend. The youtuber JonTron said: “Nice to see you again, old friend … the mountains can’t be friends …” but yes, the return of Spiral Mountain (included with Banjo and Kazooie) is very welcome. As the name implies, the arena is not limited to the top of this mound, on the contrary. When the signal appears (image above), the main platform begins to include other traversable platforms, a bridge, and even parts of the climb that surrounds the small promontory (pushing up, or down as appropriate, tools and characters). 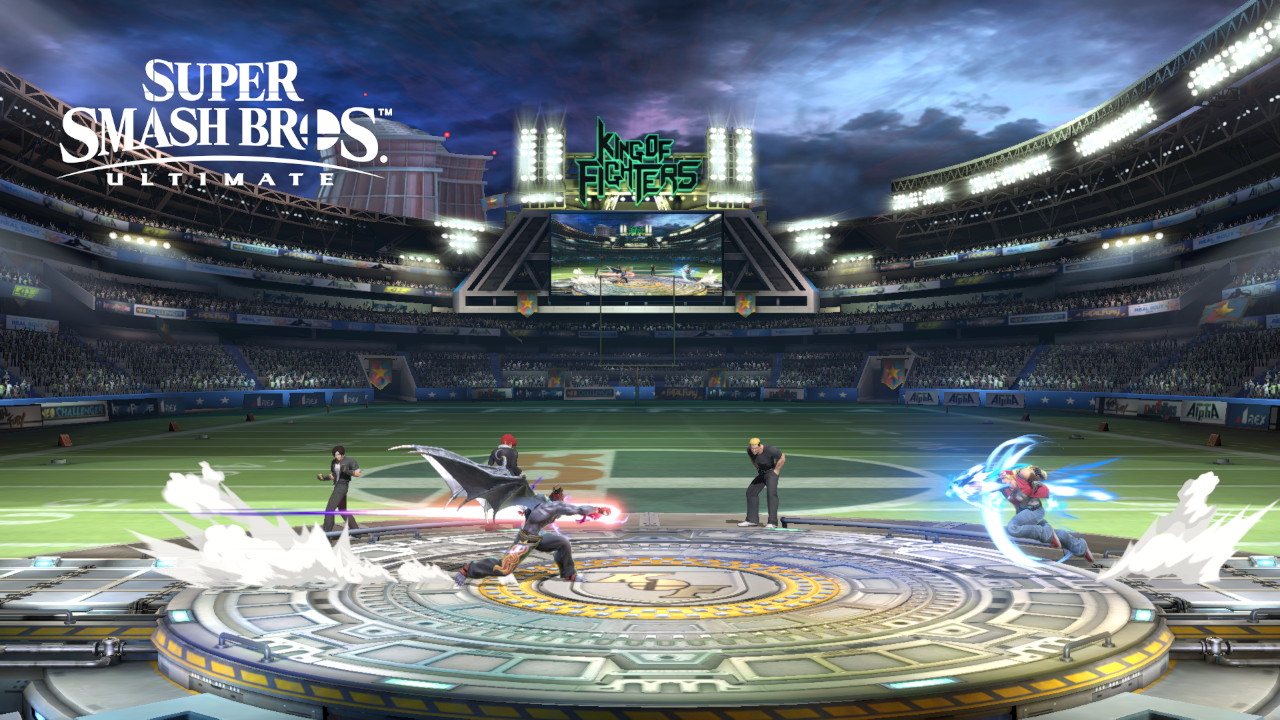 Of the three fighting games featured in Smash, Terry’s universe (including with the arena) offers the most genre-true scenario. The King of Fighters stadium it’s a gigantic… stadium, in fact, where the KOs follow different rules. The arena is in fact well planted on the ground, and while the vertical KOs are always the same, to send an opponent sideways out of the scenario it is necessary to weaken and break through the force fields on the sides. Given the advantage this brings to characters with better options for vertical KOs, the arena is banned in competitive.