In this fifth part of our guide we will go on in our exploration of arenas and scenarios from Super Smash Bros. Brawl

And so ours continues advanced driving per arenas and scenarios from Super Smash Bros. Ultimategiving us the opportunity to analyze other settings taken from the third chapter, Brawl. As you saw in the previous episode, Brawl offers several interesting food for thought on level design which, as happens for the characters, also in terms of levels focuses more on gameplay ideas than on the representation of a certain game. In the appendix we will see a particularly vital concept when playing in the competitive environment: let’s talk about Techor as Brawl’s official site called it, of Ukemi.

Here’s what to expect from the Super Smash Bros. Ultimate arena and scenario guide. In each of these twelve events, we will talk about each scenario, its origins, who are the fighters who play at home and, in the case of the DLC, also the availability. No scenario, except the aforementioned downloadable content, needs to be unlocked: everything is available right from the start of the game. Ironically, you may need to unlock historically associated characters at certain levels, but there is a guide for that too. Furthermore, as for the wrestlers, here too the images precede their respective section. Are you ready? 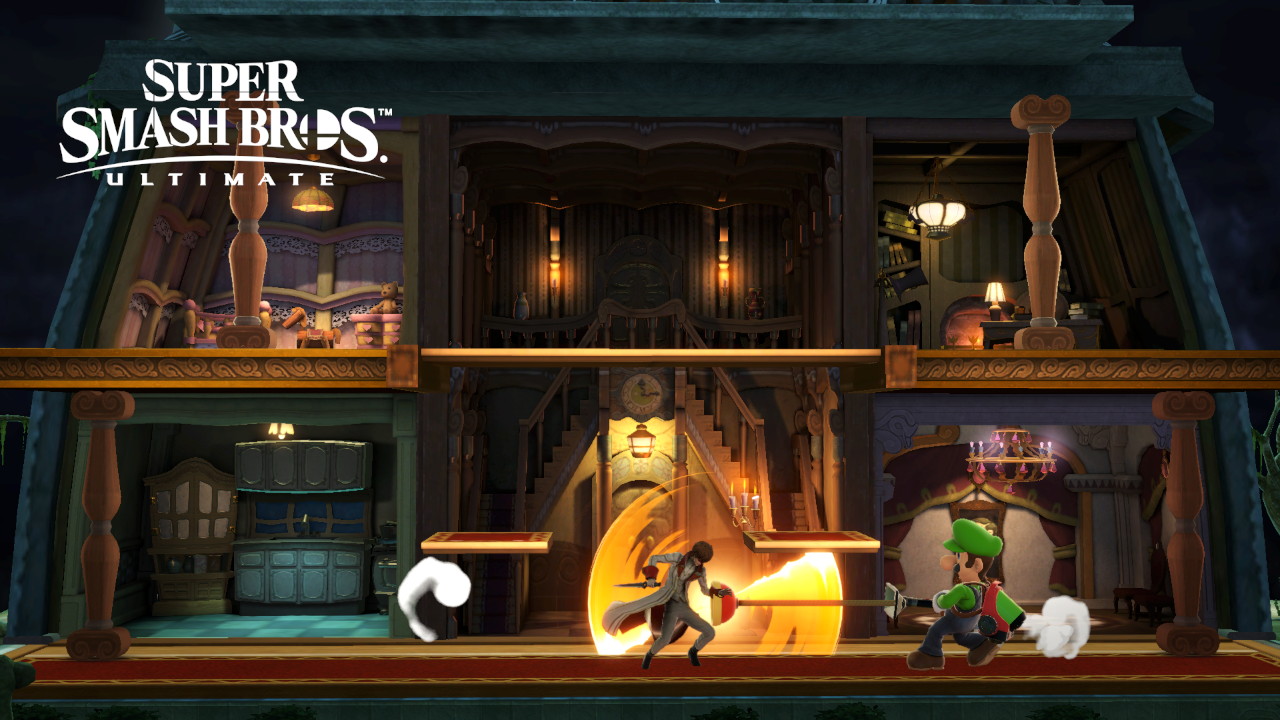 Compared to other arenas, the basic idea behind scenarios like the Luigi’s palace it’s also quite simple: one main platform, as Super Smash Bros. tradition wants, plus other small ones above the pitch. However, the supporting columns that support the shack (literally this time) can be attacked and destroyed, as long as you start from the top. If you raze the mansion, it will regenerate automatically. 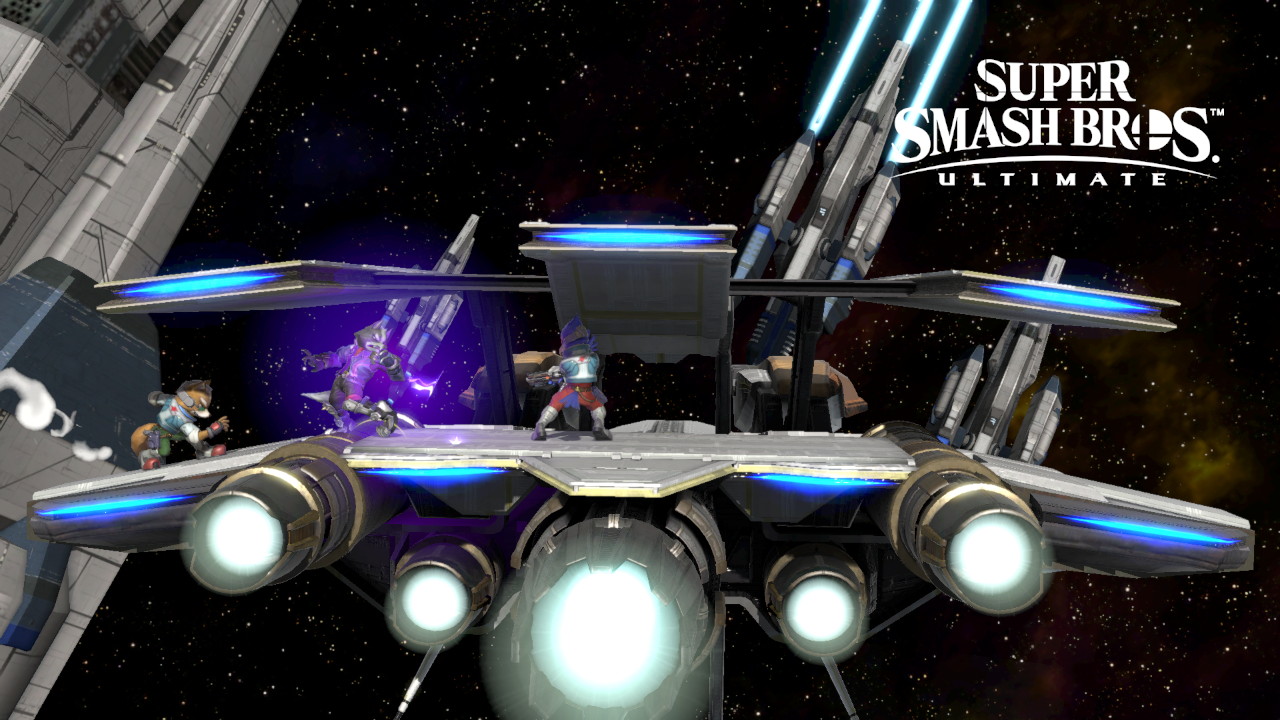 If the Great Fox seems too large a platform to fight, you can always rely on the Sistema Lylat. The spacecraft houses a main curved platform, plus three other smaller ones above it. As the arena only rocks slowly from time to time, this arena is usable in competitive tournaments. Fox and Falco have one Smash provocation here too (↓ on the D-pad for a split second), but this time Wolf too can start a conversation. 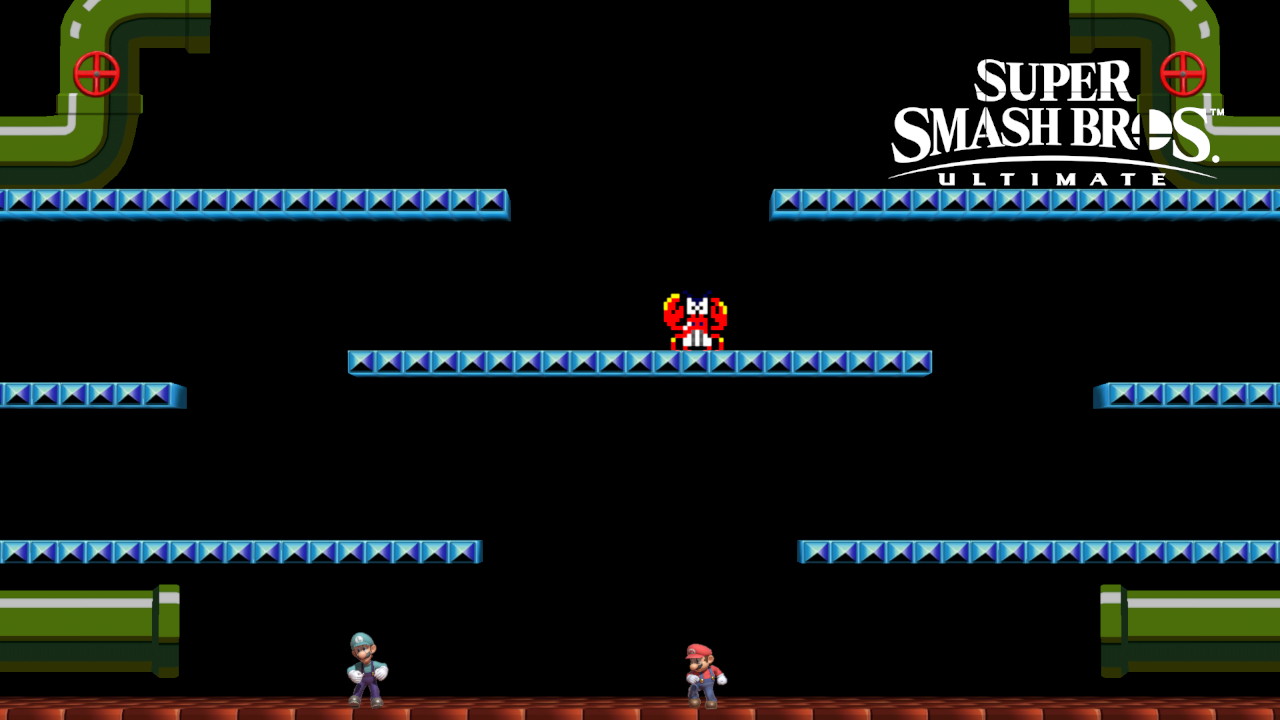 What we said for 75m also applies here. Mario Bros. is a scenario that takes exactly any screen of the game of the same name. Therefore, the layout is exactly what you would expect knowing the original title: a floor with walk-offs on both sides, a platform in the center and another six wider, three on each side, each with its own walk-off. Luckily for you, in the transition from Brawl to Ultimate the arena received the ability to teleport from one side to the other if you are the one crossing the walk-off. The same is not true if another player throws you out! Ah, the POW block allows you to damage opponents even from a distance, with or without active tools. There are also enemies to hit and possibly use against opponents, in case you are hoping to play them in a tournament. 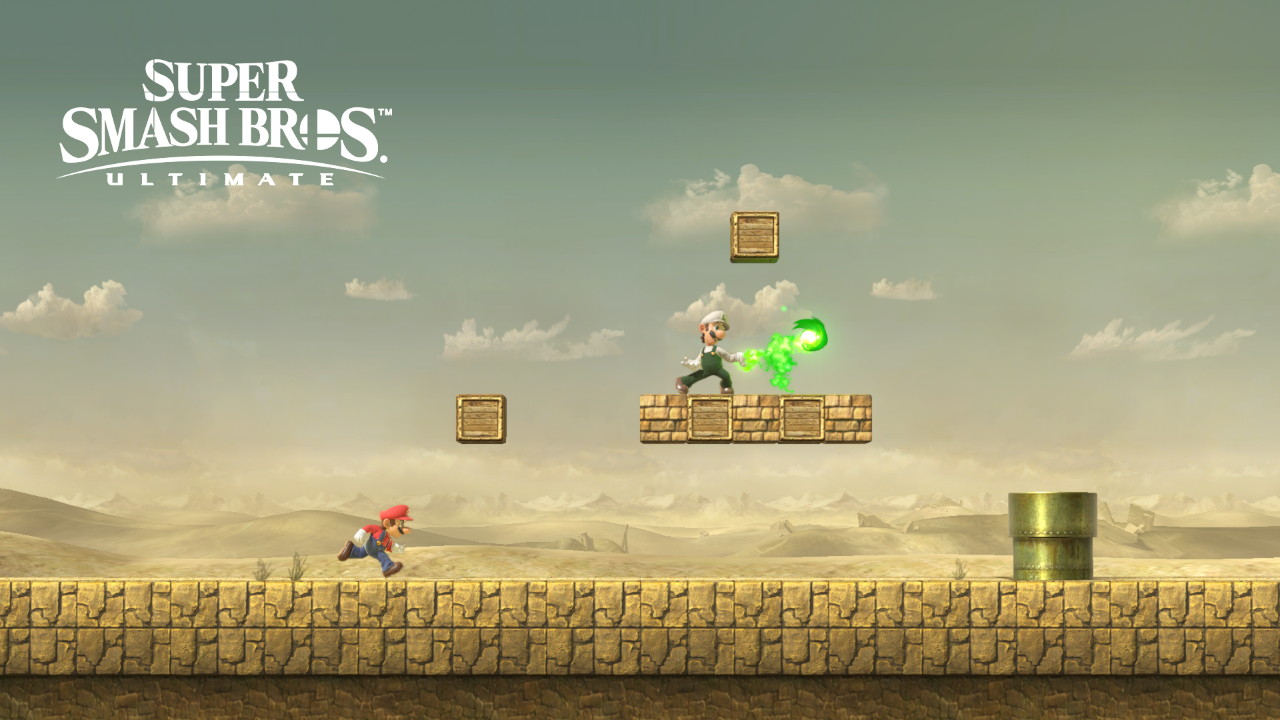 And by “after” we mean now. The Mushroom Kingdom it is none other than level 1-1 (the first, in short) of Super Mario Bros., reinterpreted in a “realistic” key by Masahiro Sakurai’s team. Imagine what the level might look like after a few decades of inactivity and you should have an idea of ​​the post-apocalyptic scenario you will face. If you ever wondered what the Mushroom Kingdom would be like if Sony and Naughty Dog got their hands on it, you have the answer! 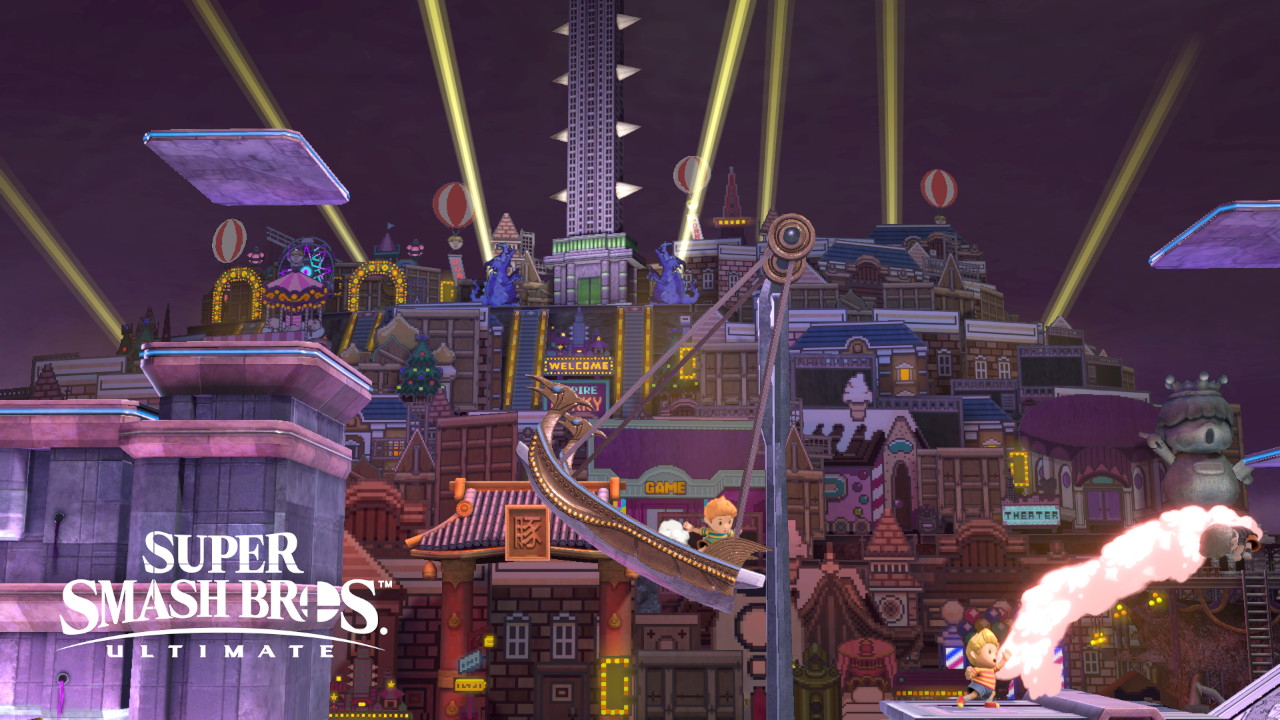 Each Smash introduced an “unnecessarily large” arena, and after the Temple in Melee it’s up to New Pork City in Brawl. Here too there is a complex layout, with many solid platforms and just as many that can be crossed. The main danger is the Ultimate Chimera, which peeps out from time to time at various points in the scenario. Getting into its jaws is equivalent to instant death, so be careful! 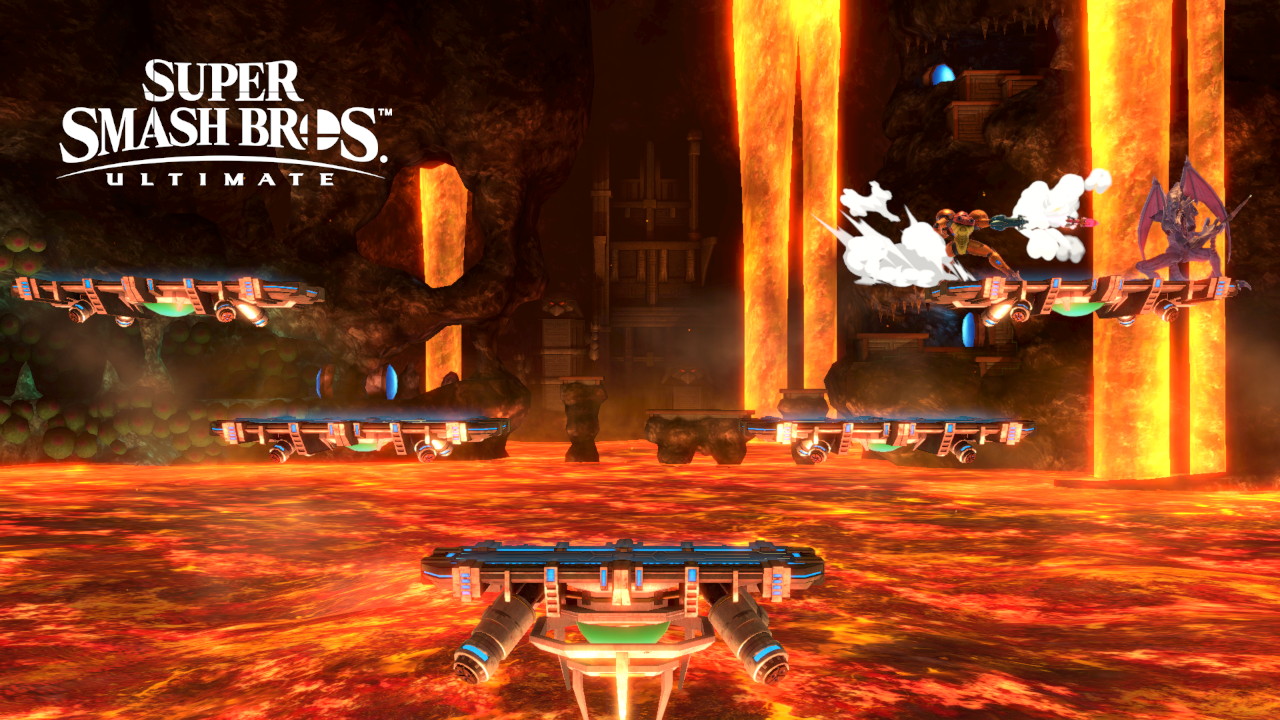 One solid platform, plus another four smaller Vs – what’s better for a competitive match? If the hazards are deactivated, Norfair it can be nirvana. However, it must be said that often the lava walls emerge from the sides of the arena or in the background. It will be up to you to hit the escape pods to find some coolness… and save your skin, of course! 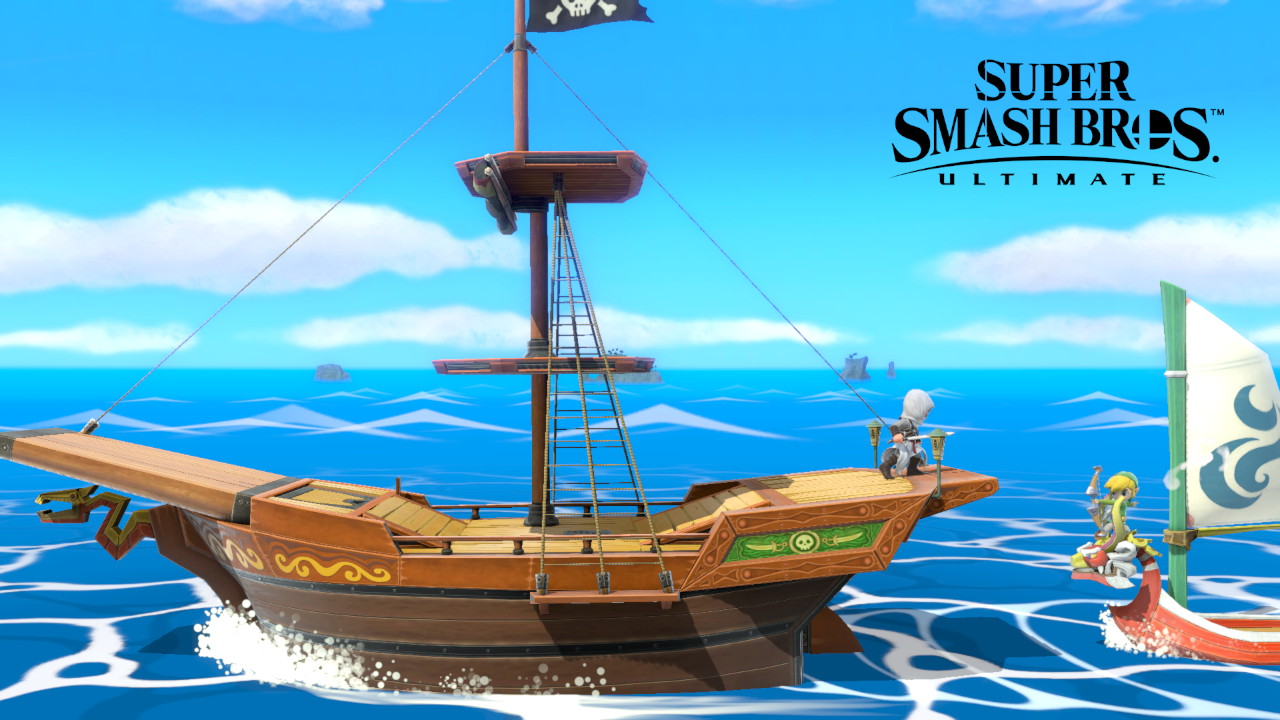 Why talk about cosmic pirates when the terror of the seven seas exists? The Pirate Ship, however, it does not literally indicate the ship itself. Rather, it can also happen to be on King Drakar’s back or on the cliff, depending on the weather and / or enemy broadsides. Gravity decreases whenever the arena is blown up by a tornado. Beware of the catapult on the spur! 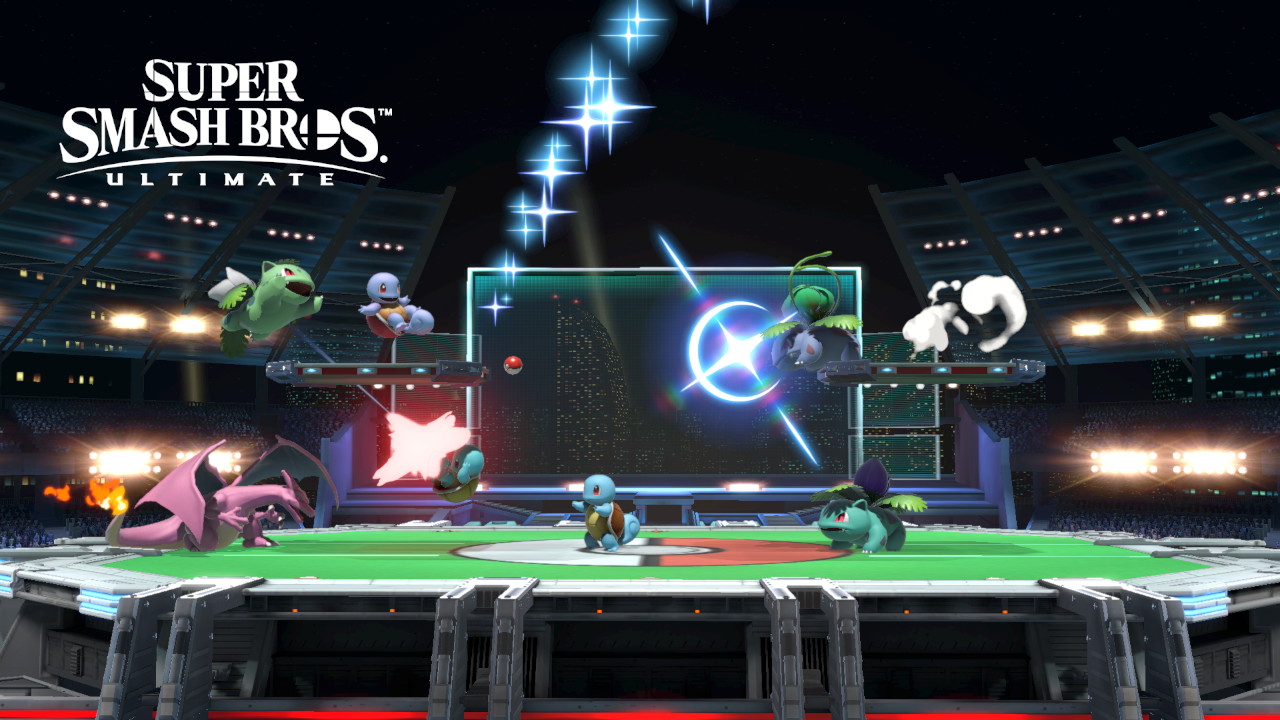 As well as its counterpart in Melee, neither Pokémon Stadium 2 in Brawl it has a lot to do with the game of the same name. However, the basic idea is the same: one main solid platform and two small ones that can be traversed like in Le Rovine XS. Transformations are devoted to four other types: electro (conveyor belts), flying (low gravity), ice (slippery ground), and earth (plus ground and platforms). 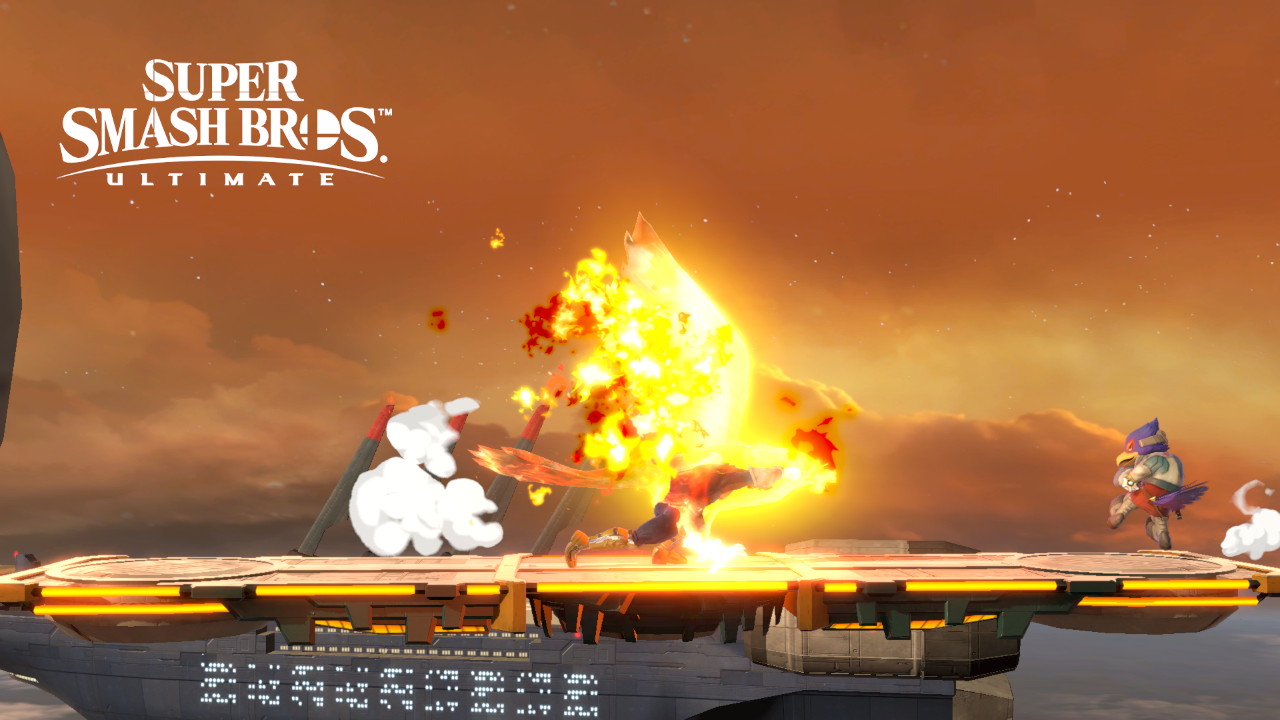 Also known in English as Port Town Aero Dive, this scenario is none other than the concept of Mute City applied to another track. The arena is a single platform, which occasionally stops at some points of the track. Of course, there is a race going on: the cars certainly don’t intend to stand still at the traffic lights while the players fight each other! 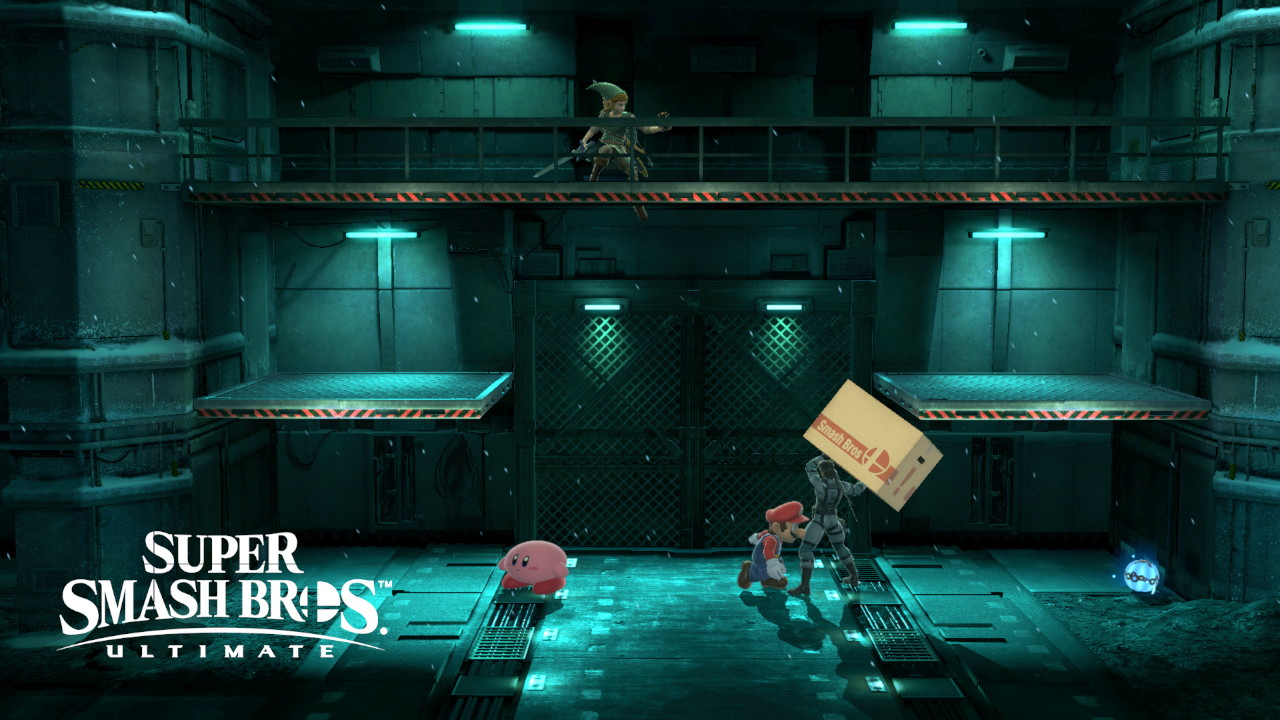 After Snake’s suspicious disappearance from the official Brawl site during that game’s development, the character was reconfirmed along with his arena. The layout of theisola Shadow Moses it is simple to describe, as it is a terrain with two walk-offs and a traversable platform which in turn features two other walk-offs. However, how did it happen …