In this seventh part of our guide we will see again arenas and other scenarios from Super Smash Bros. for Nintendo 3DS / for Wii U

Welcome back to ours in-depth guide to arenas and scenariosincluding advanced techniques for Super Smash Bros. Ultimate. In this episode the levels from both versions of the fourth chapter end, including one in which a boss appears as in the Plain of Gaur. In the appendix, we will see a platforming concept that has also found a place in this series: we are talking about wall jumps. There is undoubtedly a lot of meat on the fire, perhaps even more now that we have passed the halfway point than before, so we certainly cannot linger any longer! 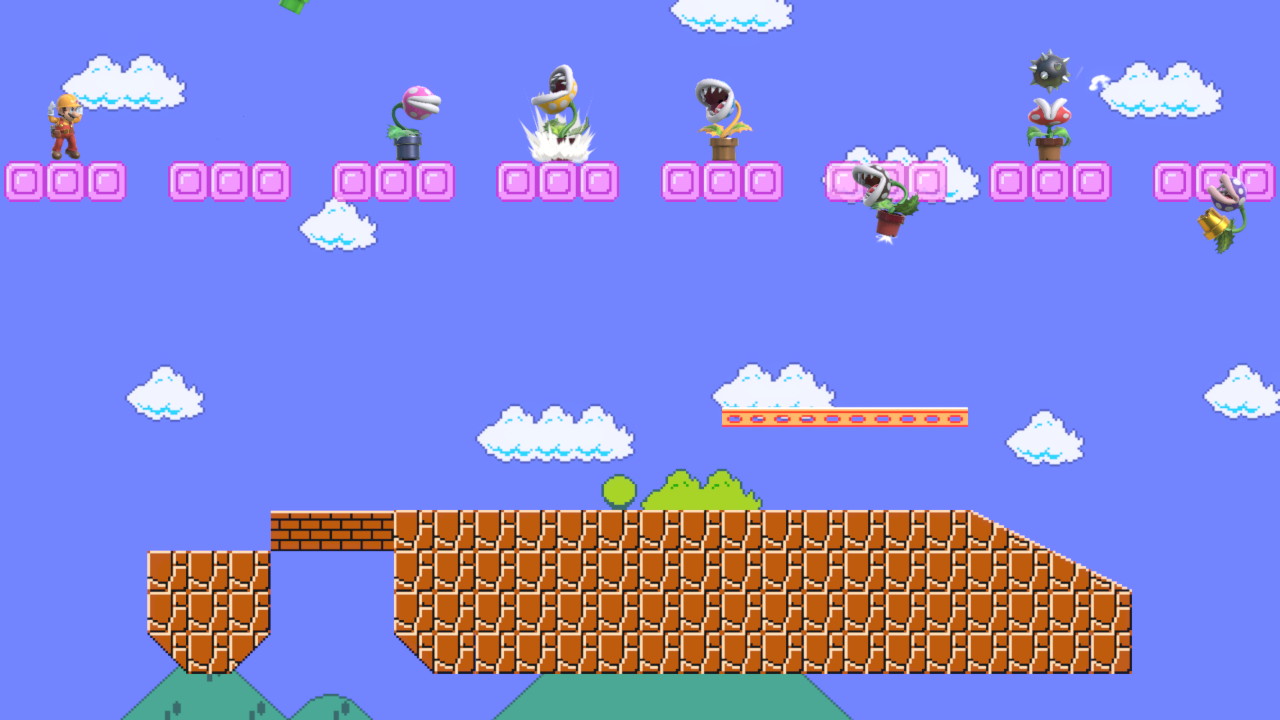 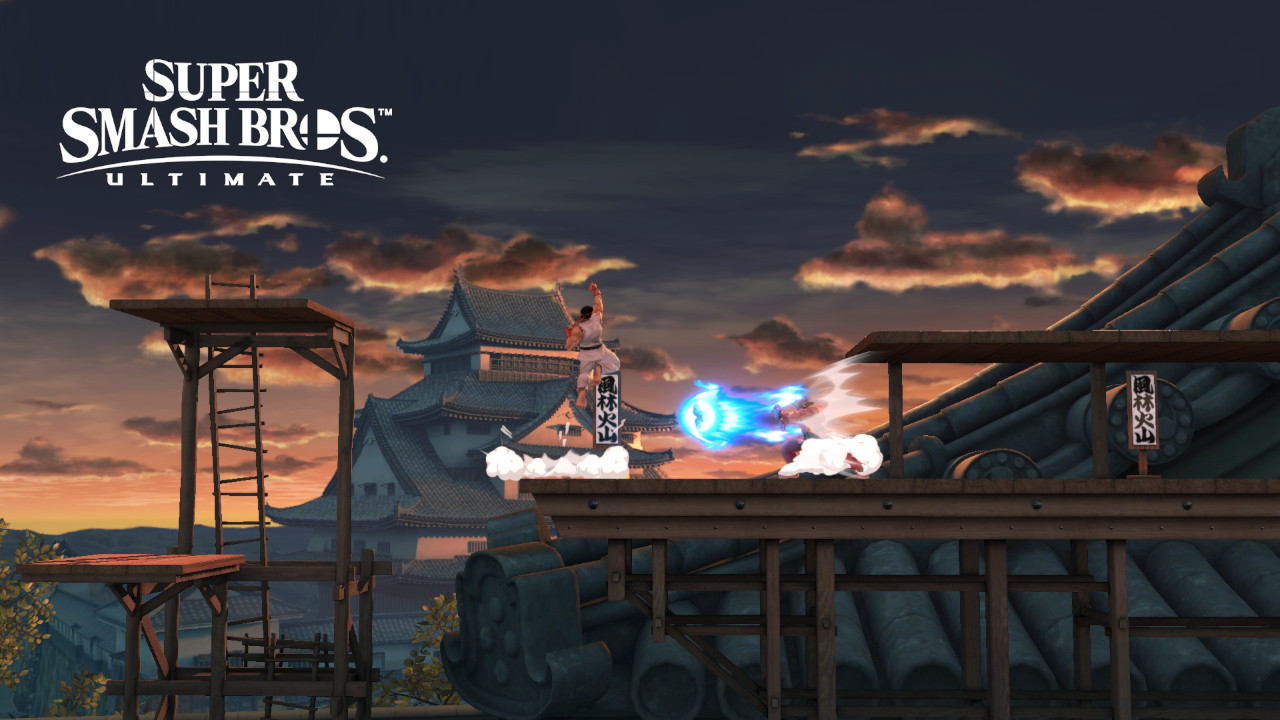 Representing Street Fighter, Masahiro Sakurai’s team opted for the eastern castle where they fight with / against Ryu. Suzaku Castle, except for its Ω version, it has taken liberties over its original counterpart with the layout. Specifically, we have two small platforms on the left connected by a ladder and two larger ones on the right, both with walk-offs. Ironically, despite the series of provenance the arena is (predictably) banned from tournaments. 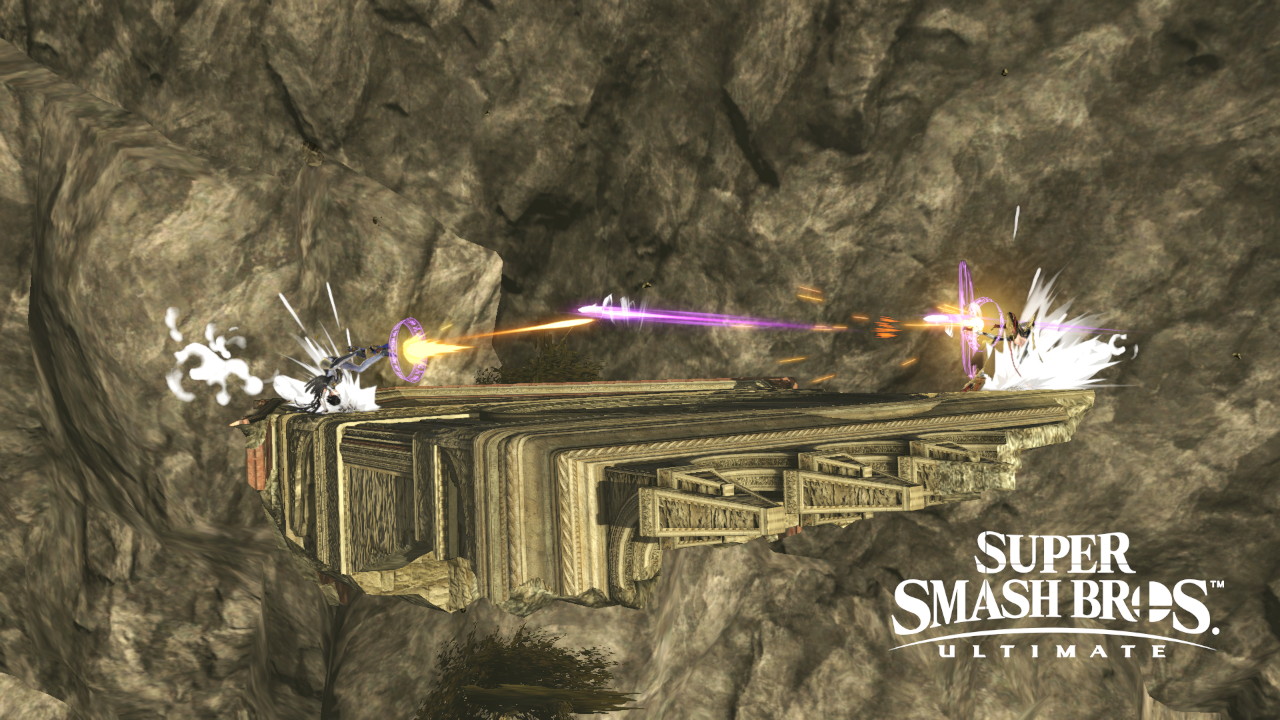 When Bayonetta closed the DLC of the fourth Smash, one of the reasons for rejoicing for the youtuber expert in fighting game Maximilian Dood and his partner Simmons was precisely the Umbra Clock Tower. “That’s such a great idea for an internship!” And in fact the layout is simple, since it is a single main solid platform plus others that can be crossed (and not) that appear sporadically on the sides, moving. However, the ax of the tournament ban did not spare this scenario either, thanks to a too crowded background. 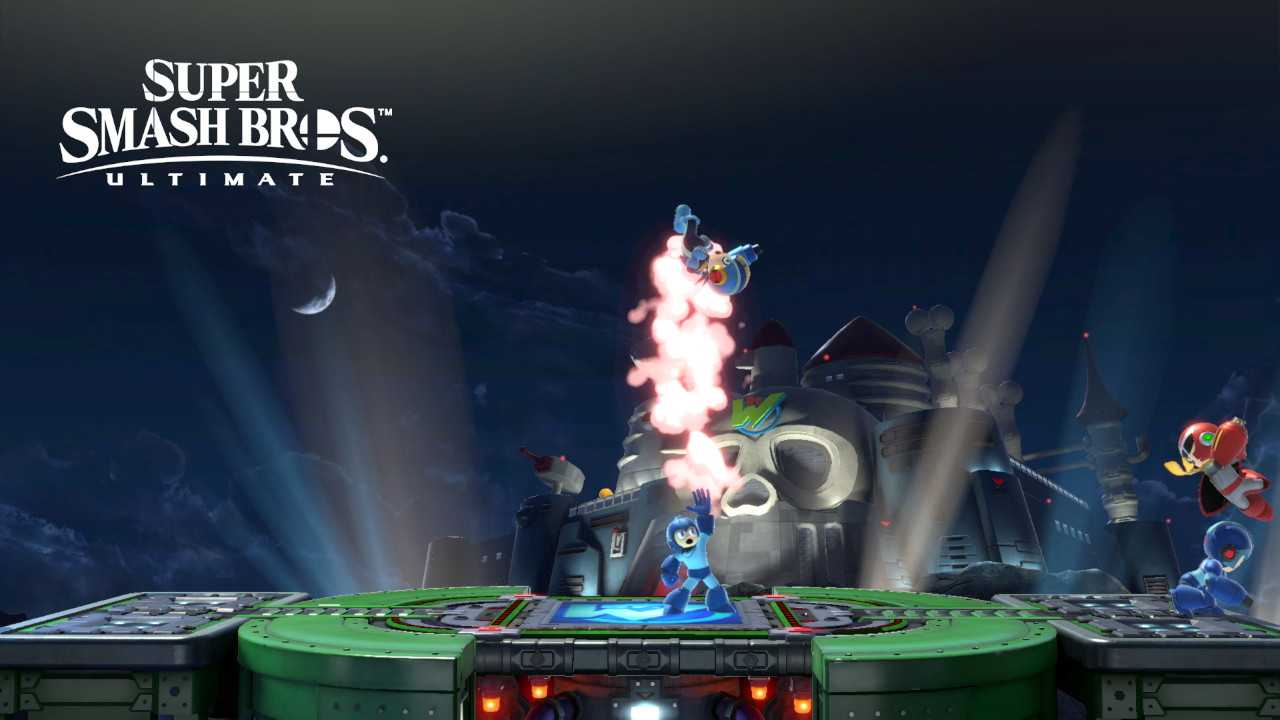 Revealed in a trailer close to that of the Dweller, the Dr. Wily’s Castle has a very simple layout to describe. It is in fact a single main solid platform, plus several other movable and traversable ones that disappear when the boss appears. The latter is the infamous Yellow Devil, a yellow robotic Cyclops that attacks with both a laser beam and breaks apart to go from one end of the platform to the other. It is necessary to hit him in the eye to knock him out, generating an explosion that can overwhelm even the opponents. 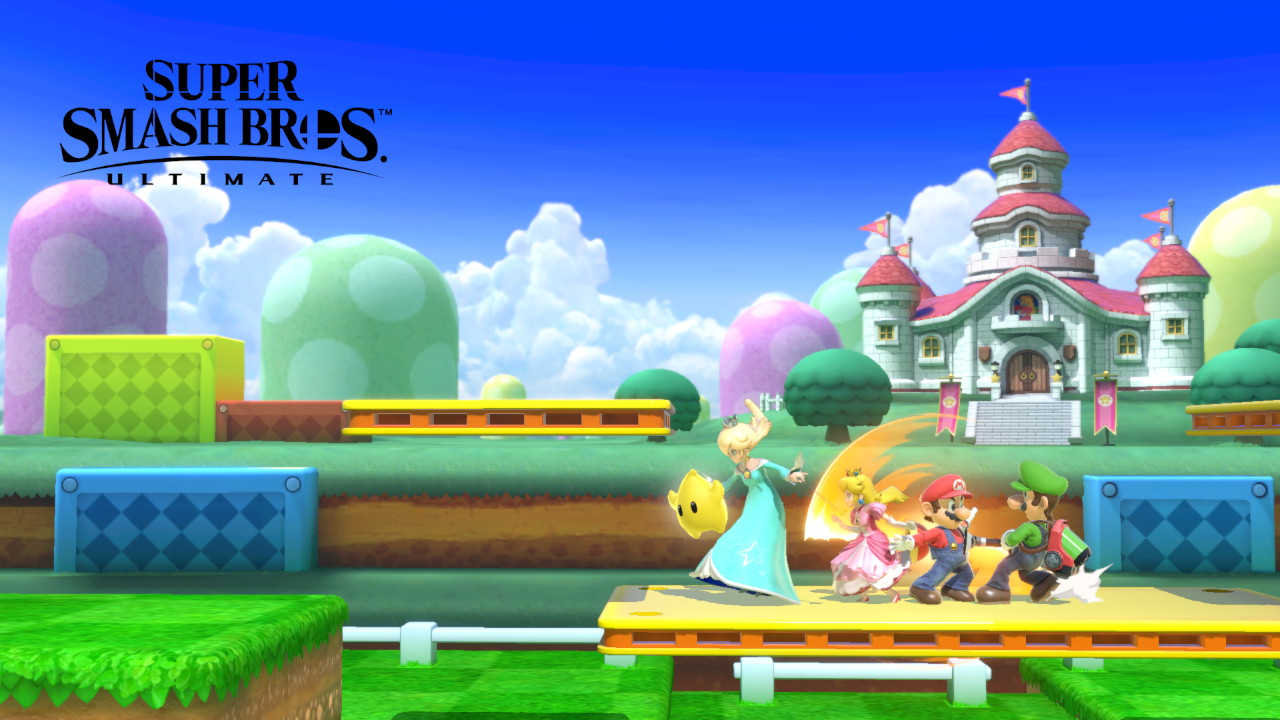 The first arena (originally) exclusive to the 3DS version of the fourth Smash is 3D Land. It is, as happened with the Mushroom Kingdom, a platformer level in constant motion, where you will have to keep up with the various dangers. There are four phases: a side-scrolling level, one where you will advance deep between the cliffs, another side-scrolling between the pipes by the sea and, finally, a level on the water where you will have to avoid the barbed pillars ( “Stinging rollers”) to the tube that will take you back to the beginning. 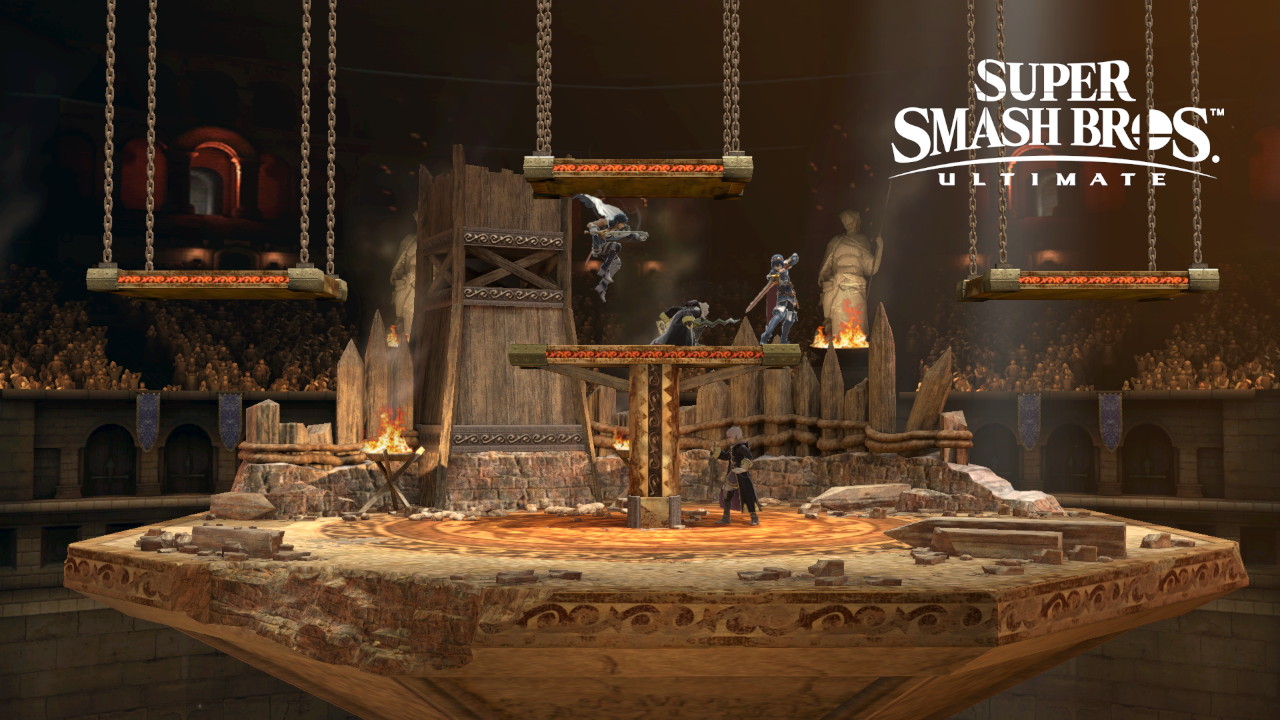 The stage where the fourth Smash confirmed Lucina and Daraen (and reconfirmed Captain Falcon), Arena Ferox, is also the first scenario from a specific Fire Emblem. The arena, normally a single solid platform, alternates as many layouts as possible for the occasional additional traversable platforms. Be warned, because sometimes some of the platforms are supported by impassable walls: opponents may take advantage of this to corner you and earn an easy raise to your dammeter! 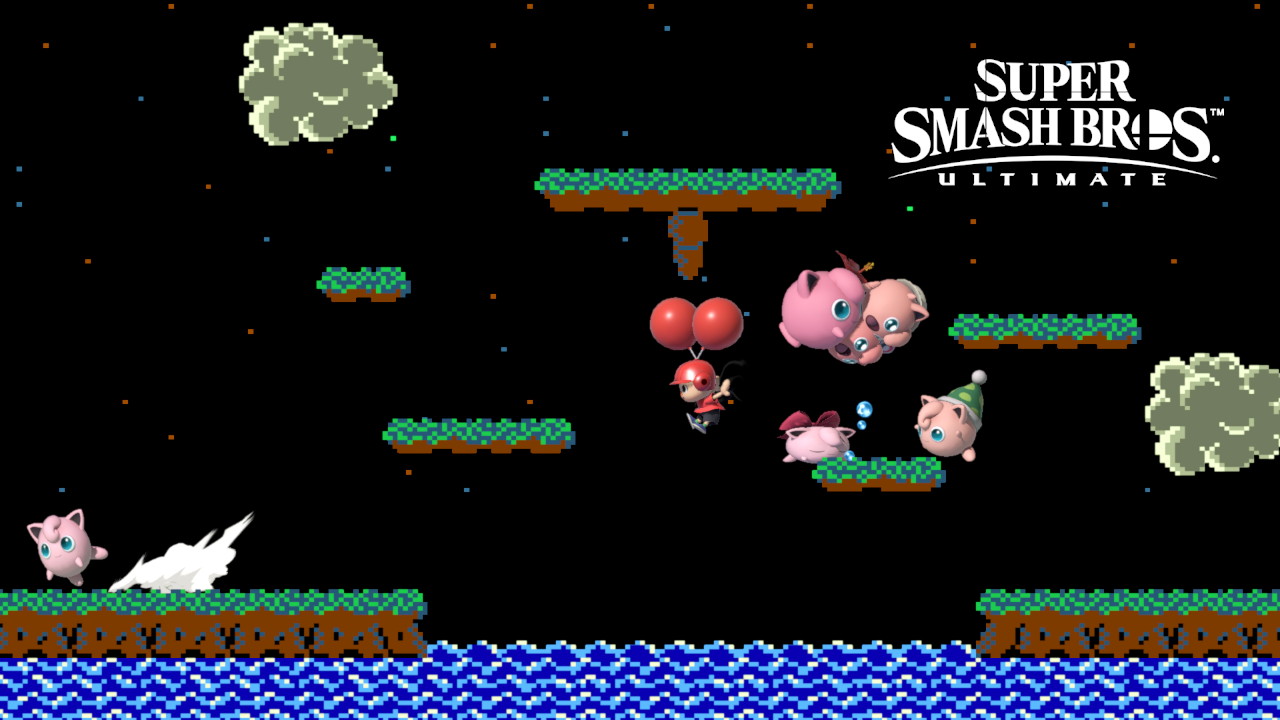 Speaking of the Summit we had promised that we would also describe Balloon Fight, and today we are here to keep our word. As in Mario Bros., the two walk-offs on the ground floor are interconnected: it is possible to KO only following opponent attacks, thus making the two walk-offs even less risky to use for those who want to play dirty. For the rest, the arena also contains three platforms that can be crossed, Melee’s rotating bumper and La Cima’s fish, this time in an 8-bit version and always ready to drag the fighters to the bottom. 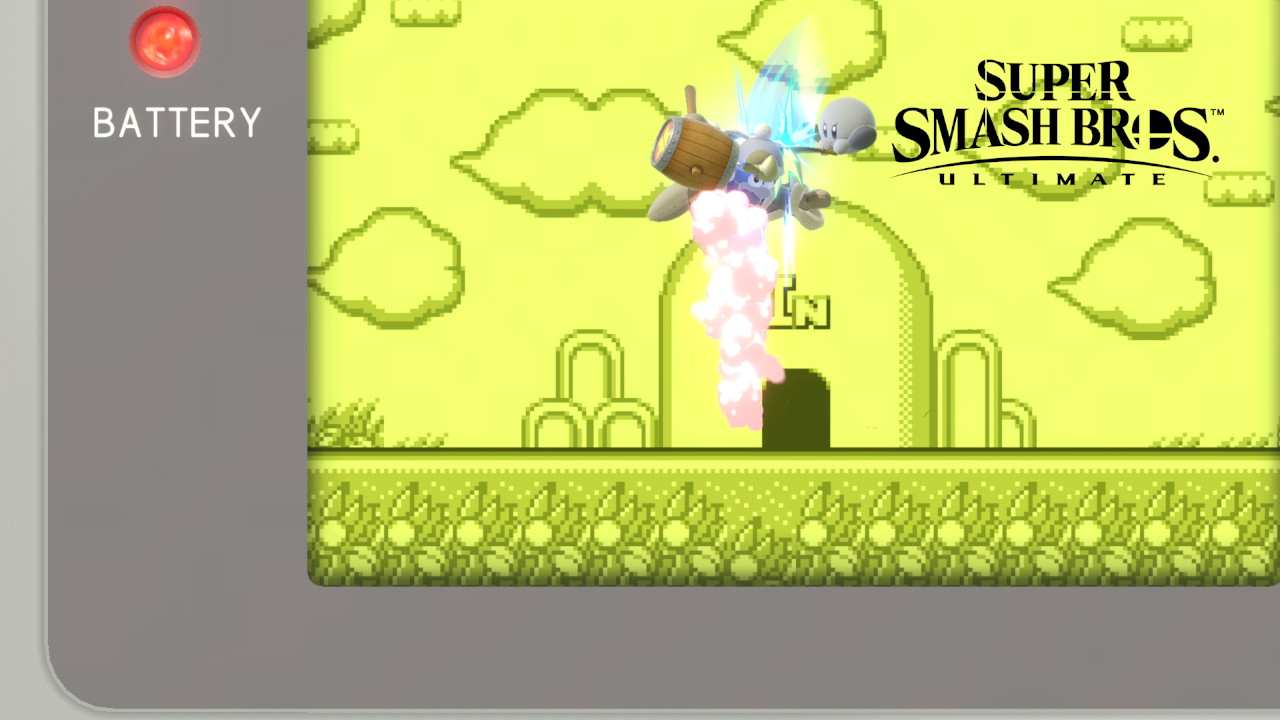 We still remember the collective heart attack of the community when the post of the then active Miiverse showed Kirby and King Dedede in a Game Boy (8 August 2014). However, it was later discovered that Dream Land GB it is “just” a wandering scenario within a specific game. The layout, therefore, varies continuously, cycling between different locations of the game of origin. The presence of walk-offs is constant, so be careful … not to propose the arena in a tournament! 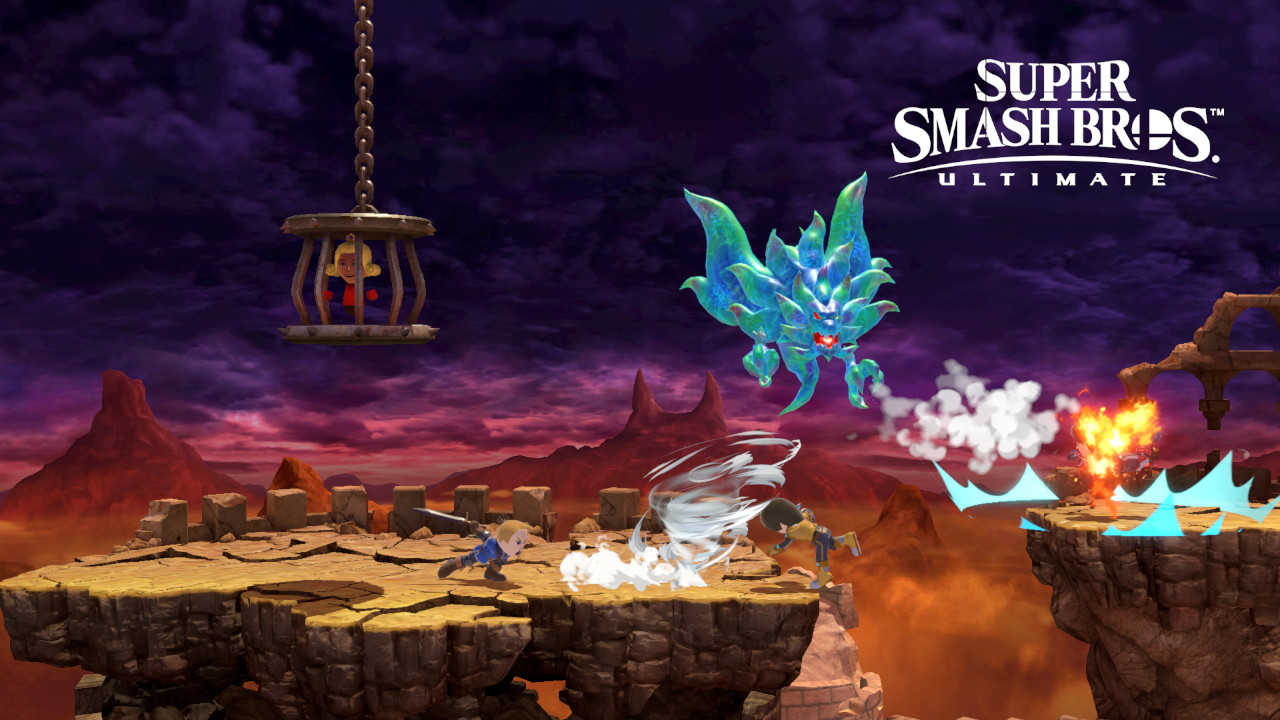 The layout of Libera Mii it’s very simple. Two solid platforms, one large on the left and one small on the right, plus a cage on top to perch on (or swing by hitting it). To make it interesting (and unthinkable in the competitive), however, is the King of Darkness, the boss of the arena. This dragon enjoys improving and / or worsening a fighter’s stats at …