After down global of Facebook, WhatsApp e Instagram, the messaging app Telegram has earned over 70 million users. Here are all the details.

Monday was a bad day for Facebook, WhatsApp and Instagram. Due to a severe disruption that hit the services, social networks have been in down for about 7 hours. Of course, users around the world have started look for alternative applications so they can stay in touch with their friends and family.

As you can imagine, Telegram was the winner.

The founder of Telegram, Pavel durov, said the Facebook outage brought further 70 million people on the platform in just one day.

“Telegram’s daily growth rate exceeded the norm by an order of magnitude, and we welcomed over 70 million refugees from other platforms in one day.”

The founder also stated that the service worked “smoothly” for most users. However he revealed that some people in the Americas may have faced speed problems caused by the increased load.

However, we must also recognize that this it is not the first time that a platform gains many users due to the failure of Facebook and WhatsApp. Facebook’s decision to change its privacy policy also led to something similar but the number was limited to 25 million.

This from Telegram is a impressive result, especially since it is one of WhatsApp’s biggest competitors.

Facebook employed several hours to resolve the fault and the social media giant also apologized to the public. Outages like this aren’t as common, especially for companies like Facebook, but it’s already clear that Telegram has managed to see the bright side.

Assassin’s Creed: Valhalla, where you will find all the members of The Sons of Danu 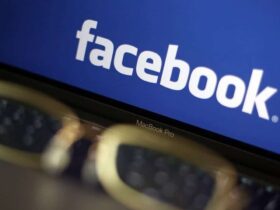