Caviar has made a limited edition of iPhone 13 Pro e Pro Max, with a coating made by melting pieces of Tesla. That’s right, the electric car built by the company from Elon Musk, whose portrait appears on the back of your smartphone. The price of which can come up to $ 8,400, for collectors who want 1TB of memory.

You may have heard of Caviar’s name before. The company has made a lot of talk in recent years for its limited, exclusive, very expensive and often bizarre editions of the iPhone. From those lined in oro to those who have one in their shell small moonstone or some fiber of the turtleneck sweater worn by Steve Jobs. So, for those already familiar with Caviar products, this news might seem a little less outlandish. But not too much.

Many wondered what they could have come up with for the new iPhone 13, in addition to the now ‘classic’ gold-coated models. And the answer is surprising. Parts of an electric car, to cover the model “Caviar Tesla Electro”. Which you can find both in version iPhone 13 Pro che Pro Max, with memory cuts ranging from 128GB to 1TB. The latter touches the figure of 8,380 dollars. But if you are thrifty you can get the base model for only $ 5,600, or so five times the price of the “normal” version sold by Apple. Here is a video that shows you why to spend it.

On Caviar’s website, we read that the “aluminum body of the smartphone with PVD inserts echoes the ultramodern look and innovative message of Tesla electric cars. The combination of the distinctive details of the cars produced by Elon Musk includes a unique form factor. A synthesis of high quality materials and futuristic design. Which make the appearance of the Caviar iPhone 13 Pro Tesla Electro an explosive novelty in the world of luxury personalized gadgets ”.

But it’s not just about the looks. Caviar assures you have cast the body of a real Model 3 to make the aluminum that protects your iPhone 13. So by buying this smartphone you would have in your hand a piece of Tesla, to all intents and purposes. And technically, it would be the cheapest way to be able to say this in all sincerity. Although you can only drive in video games downloaded from the App Store.

A tribute to the electric car and to Elon Musk

Caviar has not limited itself to recalling the “feel” of a Tesla, with the modern and aggressive look. He wanted to make clear the connection with the car in the decorations made on the body, obtained by melting pieces of Tesla. “At the center of the composition is an aluminum insert, cast from a real Tesla. The metal panel is decorated with a laconic collage depicting Elon Musk, the Tesla Motors logo and the profile of the car“.

But if it’s not enough for you to buy an iPhone made of Tesla fused with Musk’s face engraved to demonstrate your eternal love for the billionaire, Caviar has another proposal for you. For the modest price of US $ 2,700, you can purchase a desk bust of Elon Musk, made with cast parts of a Tesla: the roof, the doors. 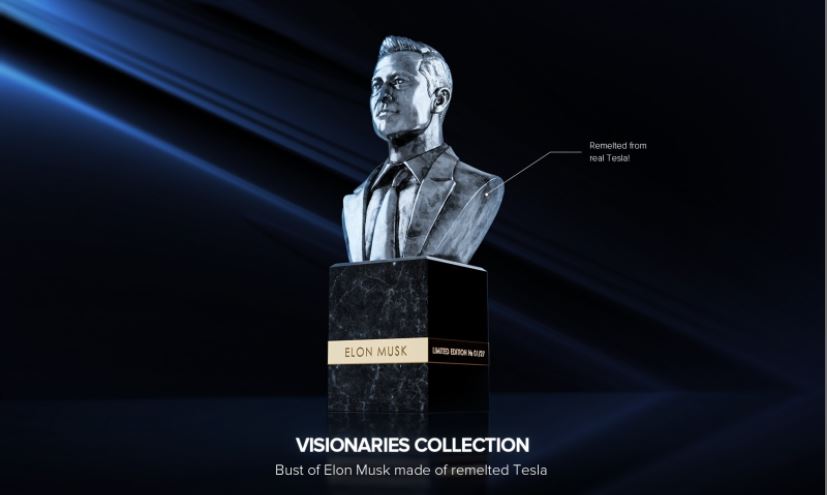 In addition to having a phone made of cast cars, those who want to buy these sober products can take advantage of the incentive of collecting. In fact, only 99 copies of the smartphone Caviar iPhone 13 Pro Tesla Electro will be sold in the market. For the solemn bust of Elon Musk, only 27 copy.

If you want to buy this product, you can order it on the Caviar website. And while you’re at it, take a look at this very special e-commerce. You will find iPhones, Samsung smartphones and other truly unique gadgets. And the car-made version of the iPhone 13 Pro it’s nowhere near the most expensive. Or the most bizarre.

Just a tip: if you decide to buy one, then don’t put the cover on it.