Over the past few days we have been putting it to the test ROG Sword III the new gaming mouse from ROG, the Korean company leader in accessories dedicated to gamers. The device is available in both version Wirless that Wired, but we have only had the opportunity to test the latter: let’s go into our review of ROG Gladius III.

Our experience in the company of ROG Glaudius III started immediately on the right foot, noting a particularly comfortable and strong right-handed design from the traditional Aura RGB lighting, which has always characterized this type of accessories. Of course there is the possibility to customize the color of the lights, in order to adapt the device to our aesthetic taste.

One thing that immediately catches the eye of the device is its lightness: the weight is in fact only 89 grams, an element that goes well with his own 19,000 basic DPI, which make it really comfortable to use, also thanks to well-designed ergonomics and which is well suited to both gaming sessions and more mundane tasks.

The device also boasts a maximum speed of 400 IPS and an acceleration of 50 G. Also present are programmable keys, a lower key for selecting the profile and two ROG Micro Switches designed to guarantee over 70 million clicks. The latter can then be replaced rather easily, with other optical switches present in the package.

It is a pity, however, that the asymmetrical design of the mouse is designed exclusively for right-handed people; cases that do not involve the reviewer, but that can alienate a part of potential users. Nothing to say about the shape in the strict sense: the ergonomics are perfect and allows a firm and precise grip on the device.

Our test with ROG Gladius III took place both in a playful context and in the office. As for the first of the two, the mouse has been our partner for several game sessions on the most disparate titles. Most of our time we spent it on Call of Duty Warzone, and then briefly move on to Overwatch, and in both instances we have obtained excellent results.

To play just the shooter this mouse is ideal, given that in this genre it is possible to capitalize on the keys available on the device, to the point that the accuracy offered is almost excessive in some instances and occasionally we even had the feeling of cheating. 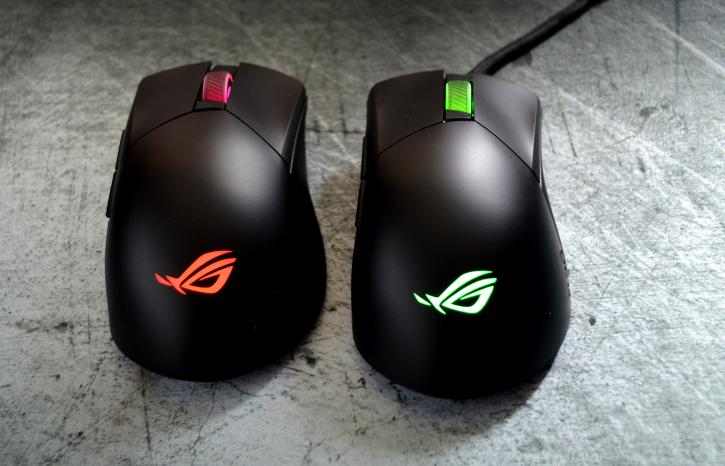 In addition to video games, we also tried the mouse during everyday tasks, from text writing to video editing, and it is in this last activity that we were pleasantly surprised. ROG Gladius III performs incredibly well when it comes to selecting and cutting video tracks on Premiere Pro, precisely because of its great precision regarding the command inputs.

In short, in conclusion we can only recommend this mouse, given that it is an extremely balanced device with excellent ergonomics. Unlike many other products in the ROG range, we are also faced with a device that can also be used outside of gaming, which makes it an even more valuable purchase.