Wiko launched the smartphone on the market Power U30, characterized by the considerable size that hide a large long-lasting battery, as you can easily guess from the name of the smartphone. But will we have liked it? Let’s find out together in the our Wiko Power U30 review.

The Wiko Power U30 review

The body of the Wiko Power U30 is made entirely in reinforced polycarbonate, with a glossy rear finish – which does not hold fingerprints – characterized by an almost iridescent texture that changes according to the inclination of the smartphone and gives a certain dynamism. The smartphone is available in three colors: Carbon Blue, Midnight Blue and Mint. Although the body is shiny, it does not slip from the hands at all and above all appears solid and well built. And that’s good since the smartphone isn’t really handy. The mammoth Wiko Power U30 in fact measures 173.8 x 78.6 x 9.46 mm, with a weight of 214 grams. All this to house the incredible battery which we will talk about shortly.

The display is a 6.8 inch IPS with HD + resolution, therefore 720 x 1640 pixels, and a 20.5: 9 ratio, with a drop notch to accommodate the front camera. We were pleasantly surprised by the quality of this screen, which has gods good colors really excellent brightness that does not suffer from direct sun. Obviously it does not have the performance of an AMOLED display, but since it is a smartphone under 200 euros we cannot aim too high. Unfortunately, the HD + resolution stands out when reading very small text or looking at photos and videos, but it is a compromise that we gladly accept.

The aesthetics of the Wiko Power U30 is complemented by the now rare 3.5 mm audio jack, placed on the upper part of the body, the USB-C port for 15W charging and the system speaker (audio is mono and average). Finally on the right we find the power button, the volume rocker and the button to start the Google Assistant; and on the left the triple slot that houses the two nano SIM and microSD. The fingerprint sensor it is placed on the back and is quite comfortable and precise, even if – given the size of the smartphone – we would have chosen a slightly lower position, about halfway through the body. In the back we also find the photographic module, consisting of a triple camera.

What’s under the body 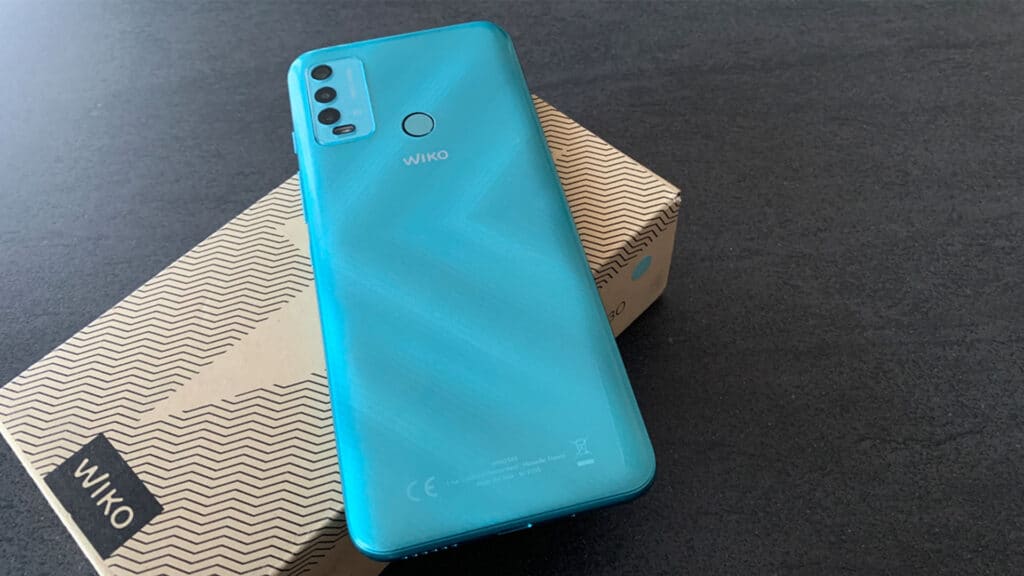 Under the body we find hardware in line with the price range on which the Wiko Power U30 is placed. The processor is a Mediatek Helio G35 octa core fino a 2,3Ghz, con GPU IMG GE8320. The internal space available is from 64GB, expandable via microSD up to 256GB without giving up the second SIM, and is accompanied by 4GB in RAM memory.

The smartphone, in everyday processes, is quite responsive and it performs well, while – as you might have guessed – it suffers a bit with heavier applications and obviously with gaming. In fact, the processor, combined with the presence of Android 11 without heavy customizations, manages to give fluidity to this Wiko Power U30, but when you switch to more intense use you risk running into some slowdowns. The software present in this phone is equipped with the game mode, to be activated to reduce distractions, the one-handed use mode and some gestures. There is also the Wiko Launcher, which introduces some additional features.

As for connectivity, this Wiko is equipped with 4G connectivity, Wi-Fi 4 and Bluetooth 4.2. Unfortunately, a big absent is the NFC chip, present instead in other medium-low range smartphones.

Let’s get to the strong point: autonomy. The battery is good 6000 mAh, so it offers incredible capacity and allows you to cover quietly two days of heavy use and three days of average use. With the active energy savings we were also able to reach the four days declared by Wiko itself. If you are looking for a smartphone that you never let go, this Wiko is for you.

Wiko Power U30 review: how it shoots 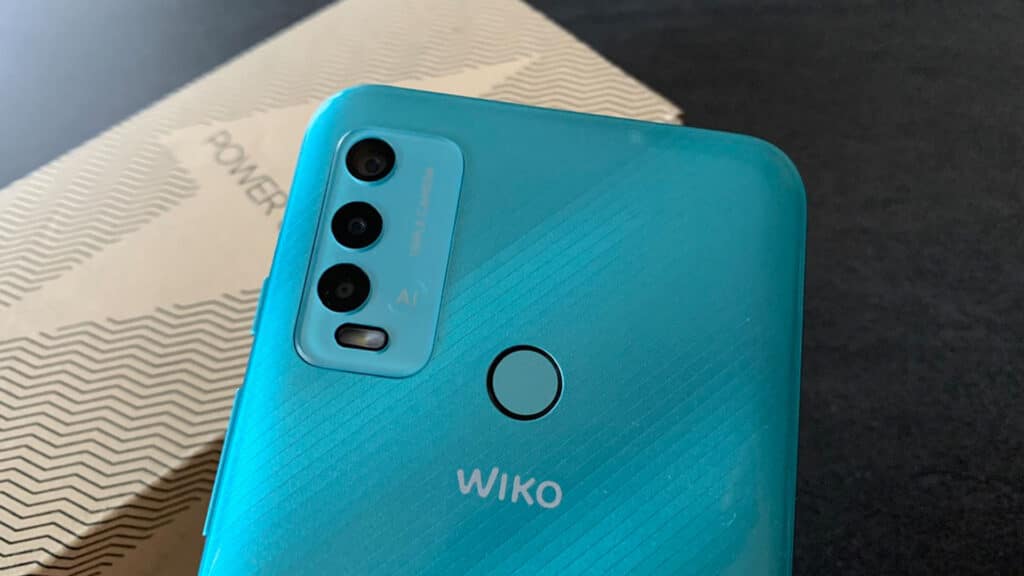 The photographic sector of Wiko Power U30 is compsoto by three sensors: the main one from 13MP, one from 2MP for the bokeh effect and a sensore QVGA which best manages the light during the shots. The front camera is instead from 8MP.

In general, in good light conditions, photos are enough, although sometimes it tends to shoot and saturate the colors a little too much. When the light goes down, however, the quality drops significantly and details are lost. The front camera is also sufficient, which tends to have the opposite problem compared to the main sensor, with a slightly below average saturation.

Videos, on the other hand, can be shot at a maximum resolution of 1080p, at 30fps, but – despite the resolution – the results are barely sufficient and very unstable.

Wiko Power U30 is a full-fledged battery phone: perfect for those looking for a smartphone that arrives until the evening and beyond, guaranteeing two days of intense use but easily managing to cover even more days. Despite being made of plastic, it is very solid and not slippery at all – a godsend given its size – and it is screen is very good. The flaws are the camera, quite subdued, and the performance that wobbles when using the Wiko more intensely. We do not feel like including the price among the defects, but we believe that 179,99 euro price list are a little too many compare yourself to what it has to offer. Perhaps, under € 150, it would have been a best buy for those looking for a supportive smartphone that lasts a lot. 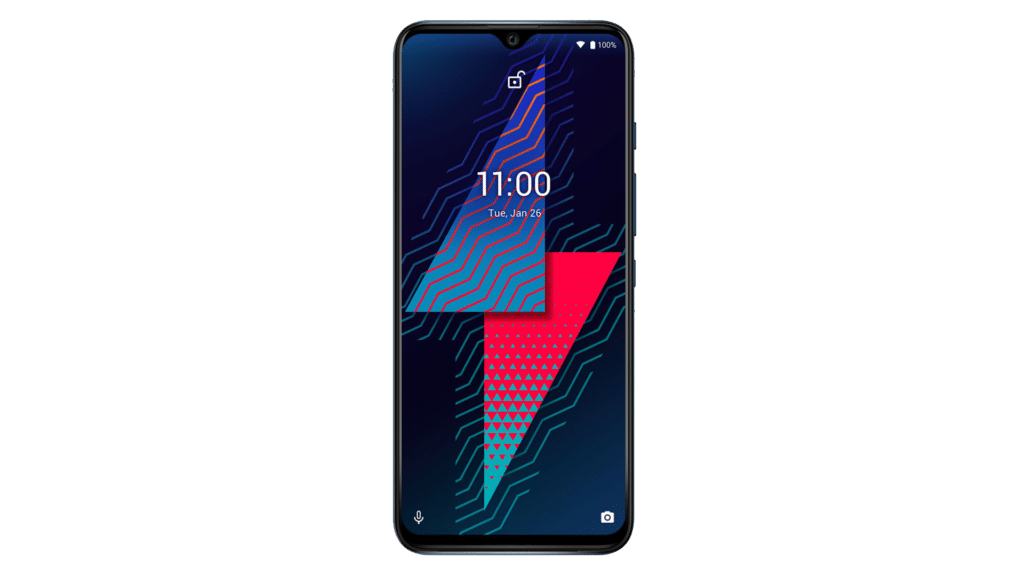