This article was meant to be a review, but it has become more of a stream of consciousness: let’s find out together why you absolutely have to take two hours and play Unpacking

There are video games that manage to make their mark in less than an afternoon. The first example that comes to mind when writing these words is definitely Gris, but it’s not the only one. Lost Words: Beyond the Page, Hoa or When The Past Was Around are the last ones in chronological order that we have covered here on TechGameWorld.com and they can be summarized, although they belong to completely different genres, under the term “experience”. Short-lived, but significant and which leave an indelible mark on the soul of anyone who approaches it. But speaking of something else: have you ever moved?

We recently had the opportunity to spend a pleasant Sunday afternoon with Unpacking. Developed by Witch Beam and edited by Humble Bundle, we could aseptically define it as a “moving simulator”. If it weren’t for the fact that beneath this arid and purely content surface, one of those “experiences” we were talking about at the beginning is hiding. Make yourself some tea, grab a blanket and sit next to us: we tell you about Unpacking, in this review.

Writing a review of a title like Unpacking is really difficult, because putting the words in line and trying to describe the emotions we felt in that couple of hours we spent on the title is very complex, if not literally impossible. The beauty of similar titles (oops, forgive us, similar “experiences”) is that each of us lives them by projecting into ourselves experiences, fears, anxieties and paranoia. You will understand well then that trying to give even a partially objective description of it is alienating and depersonalizing… so we will not do it.

If we have to look at the simple content, however, Unpacking is a title that puts in our hands the management of all the removals that our anonymous protagonist will experience from 1997, when she was still a child, to 2018, a young adult worker. The gameplay is simple and intuitive: at each session we will find ourselves having to arrange a certain amount of rooms, full of boxes full of the protagonist’s personal items. Our task will then be to click on the boxes and take out everything, piece by piece, and sort them into the various rooms at our disposal. 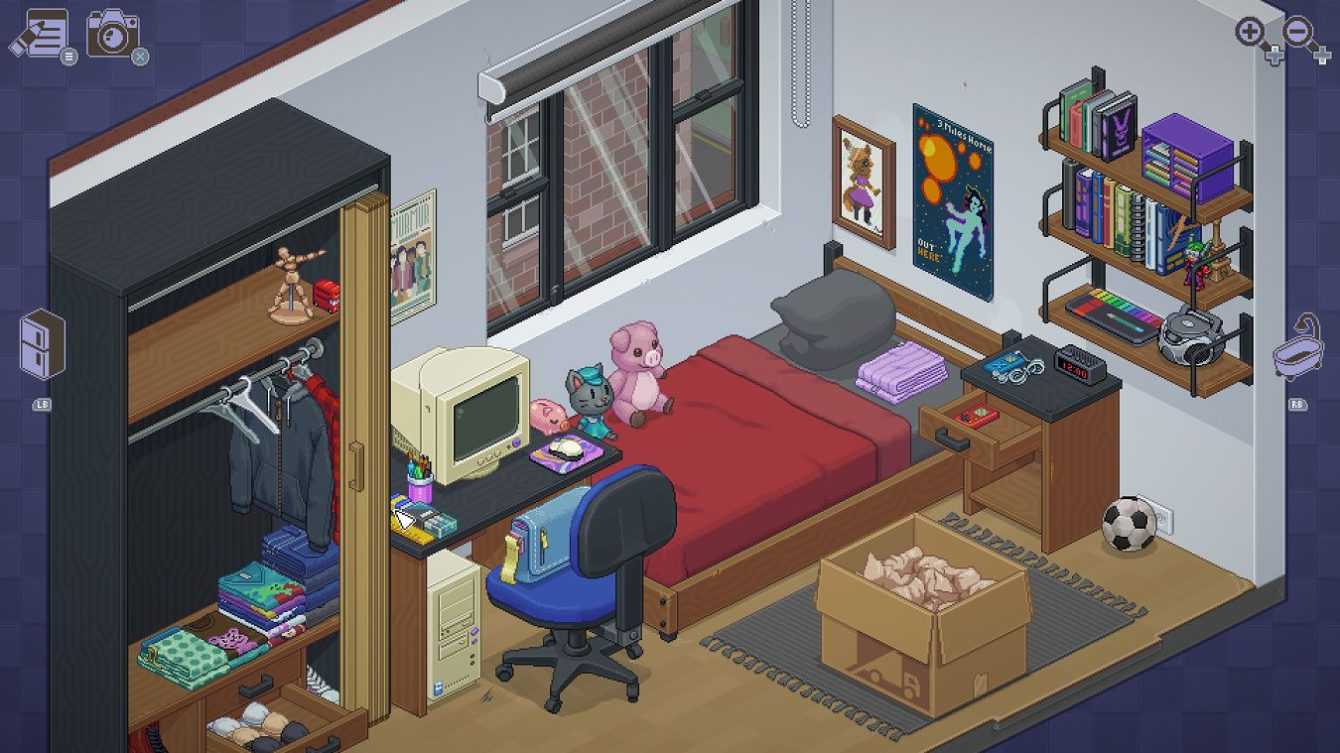 The toilet paper will go to the bathroom, the clothes will be placed inside the wardrobe, the bookcases will gradually fill up with books, gadgets and video games, the kitchen with salt, sugar and spices. Each object has its own location and, should we make a mistake, the game will report it to us once the boxes are finished. No difficulties, just two hours of complete relaxation and tranquility pad (or mouse) in hand.

If we remove the simple actions that we will carry out with the pad, however, Unpacking is obviously much more. Unpacking is a life story. In this case, life is that of the anonymous protagonist, but it could be that of each of us. From the little room in the house with her parents, full of soft toys and toys (which she tirelessly will carry with every move) and jokes from little women still in development, at the age of university lived in a shared apartment with other people. From living a toxic relationship with a man who doesn’t even let you hang up your art degree, but makes you hide it under your bed, to breaking up and finding yourself relentlessly alone again. Until the discovery of one’s sexual orientation and the birth, in adulthood, of one’s complete identity. 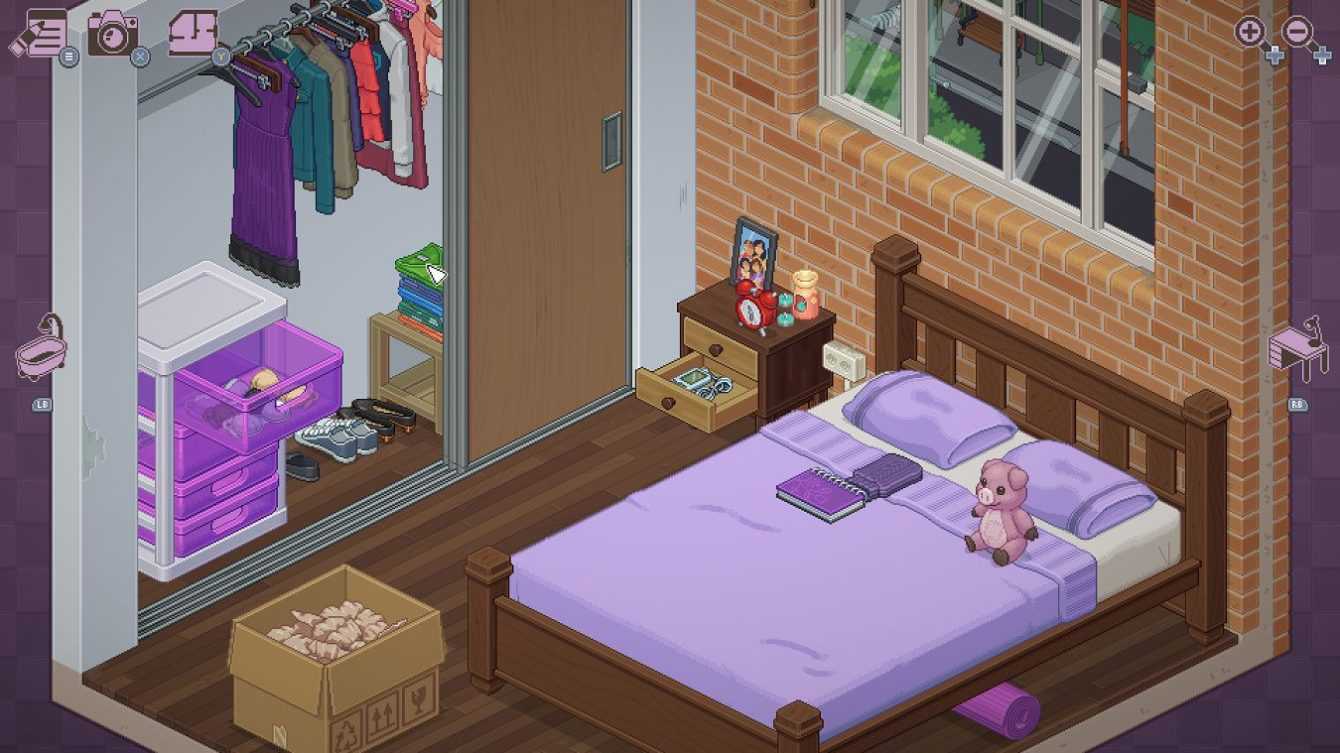 As anonymous as universal | Unpacking Review

All steps that, during that Sunday afternoon we spent with Unpacking, we found ourselves living with that protagonist of whom we seem to know nothing. In reality, through its objects, its rooms, its memories, it is as if it became part of us. Or maybe it’s the other way around, and it is the player who becomes one with an unnamed girl, but with so many memories and so much to tell that we almost regretted seeing those damn credits.

Unpacking riesce a skilfully blending simple puzzle game elements into a short but intense narrative experience. It does not lead to theories of the highest systems, but tries to summarize a life through sensations and memories. All with an almost surreal tranquility, a feeling of unshakable sweetness and an inextinguishable sense of belonging. Belonging to a story that at first glance may seem frivolous, but has so many real implications that it is practically impossible that you do not find yourself in at least one of them. Belonging to a life made of changes, deliberate or not, of transitions and why not … of removals. 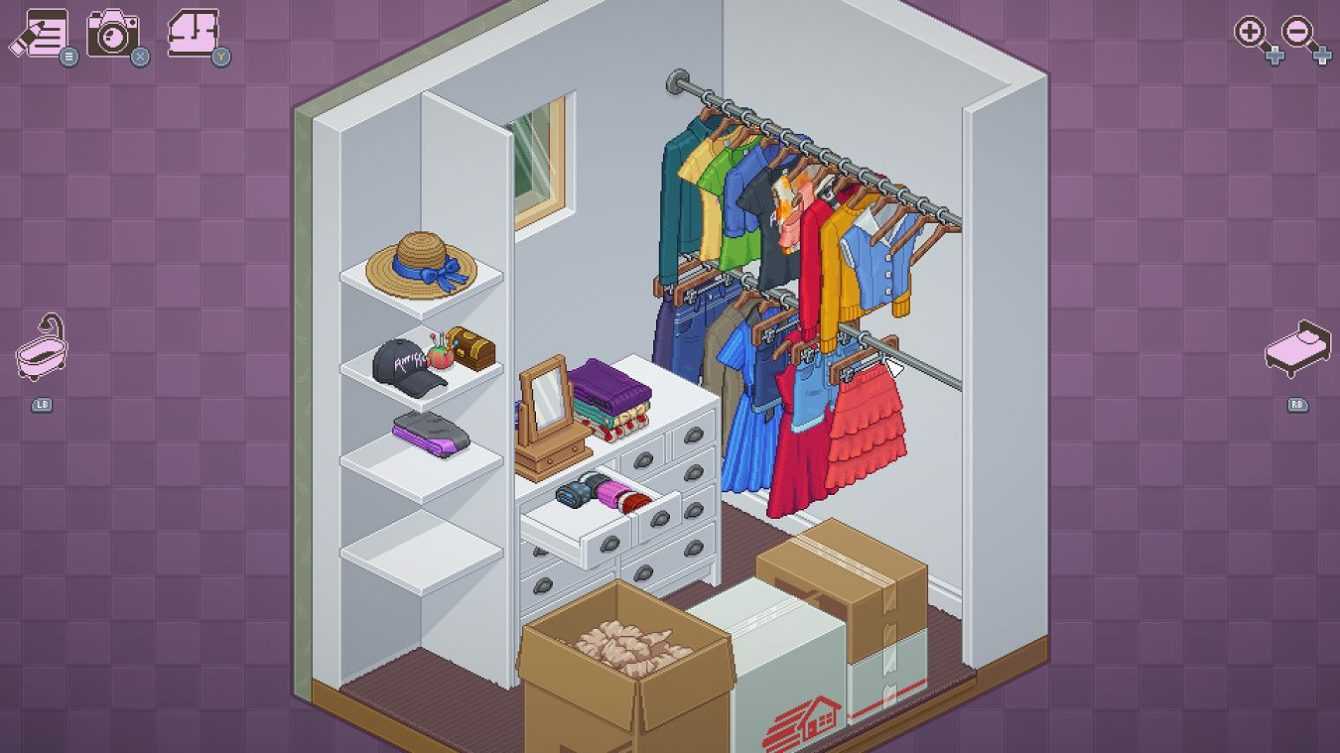 What else to say? Play it.

We don’t have much more to say at the bottom of this Unpacking review. We just want to recommend this experience which, beyond the numerical rating, purely an end in itself, has been able to give us so many emotions and points of contact in just two hours. The life narrated in Unpacking is not ours, neither of whoever writes to it, nor of anyone else who has played the title. However, it has fragments, memories, traumas, joys and disappointments that will remind each of you of a small piece of yours. One box after the other.

We remind you that Unpacking is now currently available on PC, Xbox One, Xbox Series X | S and Nintendo Switch, and that if you are an Xbox Game Pass subscriber you can play it completely free. Let us know what you think below in the comments, we will continue to keep you updated with all the news, guides and reviews on videogame and tech! And if you are interested in game keys at advantageous prices, we recommend that you take a look at the InstantGaming catalog!