Paul Bettany and Elizabeth Olsen return in the first Disney + Marvel series. The mix of sitcoms and superheroes already heralds the success of the series. Here is the review of WandaVision

WandaVision is the first Marvel Cinematic Universe-related series to arrive on Disney+, definitively opening what is called the 4th phase.

The series, which promises to be from the very first two episodes as a product in itself, combines classic television and the Marvel Cinematic Universe, starring Wanda Maximoff (Elizabeth Olsen) and Vision (Paul Bettany), two superpowered individuals who lead idealized suburban lives but who begin to suspect that everything is not actually what it seems.

Let’s not forget, in fact, that Vision was not brought back by the snap of Tony’s fingers, since he died before half the population of the universe vanished (events of Avengers: Infinity War and Avengers: Endgame). The world in which Wanda and Vision live, therefore, is an illusion… but to what extent?

The series takes off after the events narrated in the movie Avengers: Endgame, in a post-Thanos world of which Vision is just one of the many losses suffered. But among superheroes there is almost always a way to reverse the course of events and it is precisely in this way that Vision returns to the living; Or rather, it does it through Wanda’s mind. This, in fact, destroyed by pain, decides to create a parallel reality from the 1950s atmosphere in which Vision is still next to her and the two can happily spend their days among the reassuring walls of the house. But altering the perception of things to your liking can be detrimental to mental health. Before he realizes it, Wanda will be forced to face the consequences of her actions.

From superheroes to newlyweds | WandaVision Review

In the first episode of WandaVision, in black and white, inspired by the sitcoms of the 1950s, we see the newly married couple arrive in the typical rich neighborhood with terraced houses, characteristic of the American provinces. The two, aware of their diversity, they try to appear as normal as possible in the eyes of their new neighbors; but being superheroes, everything can’t go as smoothly as imagined.

After seeing them come to life in the various Marvel films and knowing their past, imagine them immersed in the life of a couple, between chores and business dinners, creates a big shock in the viewer’s head.

In fact, in WandaVision we find the two superheroes as we have never seen them before: gossiping with friends on the sofa at home, organizing a neighborhood fundraiser, even struggling with the dramas in the preparation of a business dinner. In short, a real honeymoon couple, within the role stereotypes in force during the 1950s: the housewife wife, the working husband. Consequently triggering a chain reaction of paradoxical and hilarious situations, which inevitably lead to laugh, as if we were really witnessing the vision of the typical television sit-com sketches.

The relationship between the two, born in the comics, is only slightly presented in the films; never, however, thus explored in detail as in these two episodes.

Paul Bettany and Elizabeth Olsen are simply impressive. Their performance is flawless, demonstrating that they must have really enjoyed playing their two roles in the Marvel Cinematic Universe in a similar context. Their hilarious interpretation is clearly one of WandaVision’s biggest and most pleasant surprises. 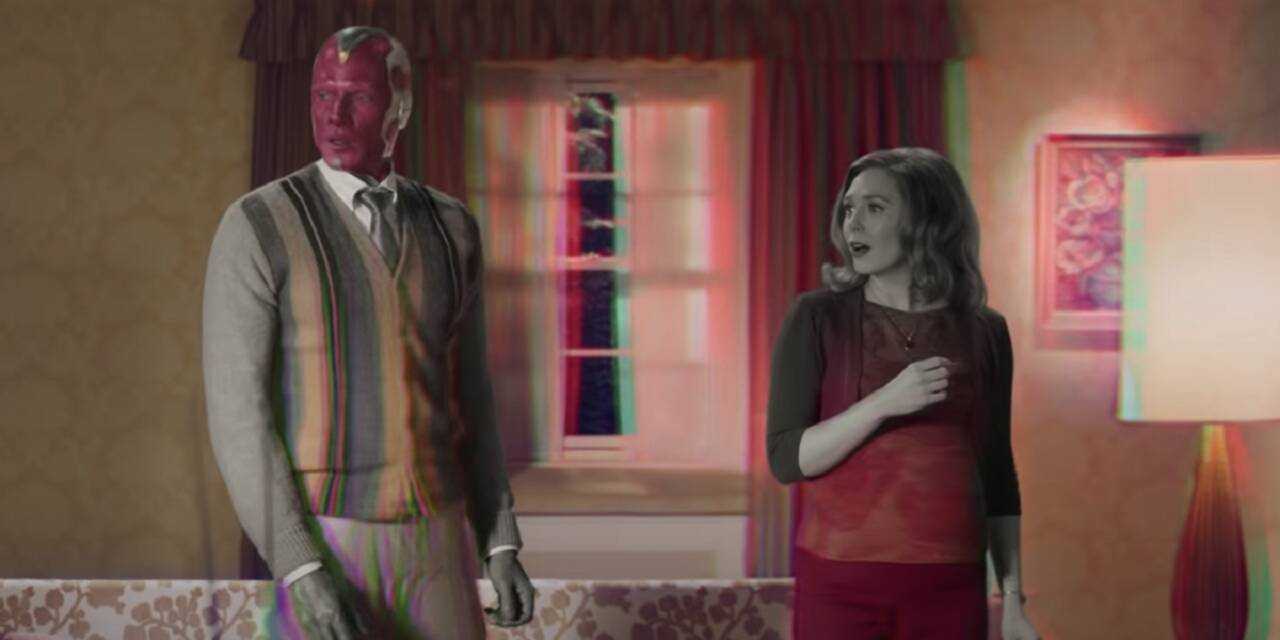 As you continue with the vision, alienating elements begin to emerge, which induce the viewer to ask himself questions so that what he is seeing is more understandable. Logically, since we are talking about only two episodes, not all the answers to the many questions can be given.

What is perceived, however, is certainly an aspect of negativity right in the middle of this idyllic world full of love and serenity that surrounds the two protagonists within their happy life as a couple.

Wanda, in fact, is the one who feels the change, showing us an emotional upset that breaks out of nowhere and breaks the fantasy of the two; Vision, on the other hand, does not seem to sense the improbability of the life they are living. The series brings out, slowly, the suffered experience of the two characters, always with discretion, sometimes even more explicitly and directly.

The sets, enriched by the opening theme of each episode, help to make everything even more surreal than it presents itself. The costumes, the ways of doing things, the situations that arise, even the dialogues between the two, they are the alienating element that shows the sensations that the series wants to evoke. 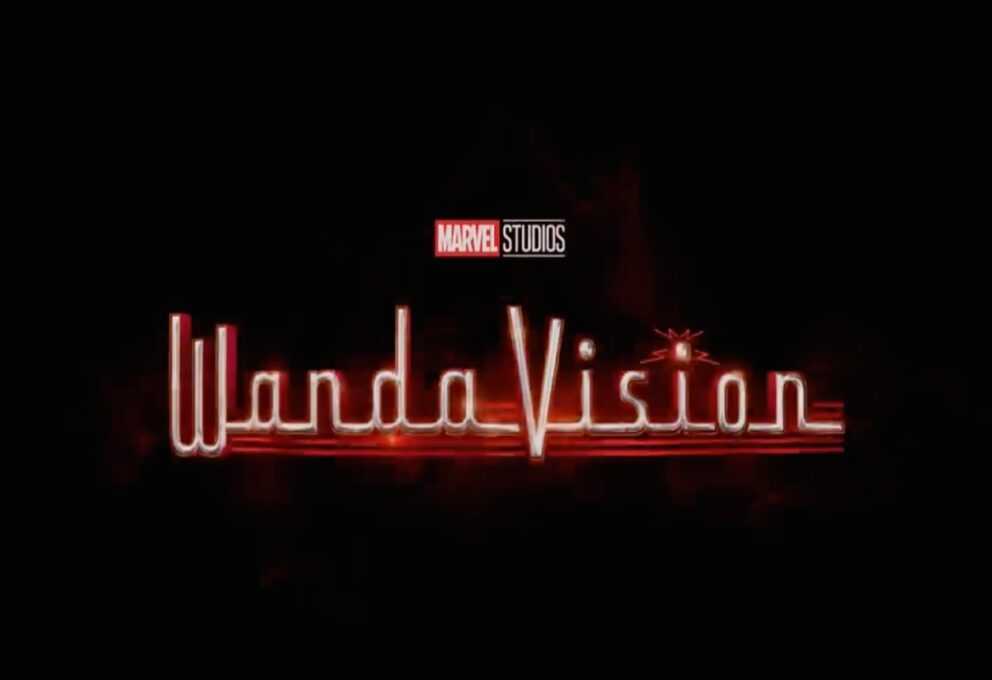 From what we have seen so far, it is difficult to understand the direction the series will take from here on out.

Despite the lack of real action scenes – for now we talk more about suspense moments than action – WandaVision dares a lot, and that’s what they really like. Compared to the films, we find in the series a decidedly more daring, at times decidedly crazy approach.

We can only hope to find this new narrative approach also in the next 7 episodes, certainly being the strong point of the entire series.

Full of references to events and characters from the saga, to look for as if they were real clues, WandaVision officially opens the Phase Four of the Marvel Cinematic Universe and is perhaps the craziest and most experimental product ever made by Marvel Studios so far.