With the release of the third episode of WandaVision on Disney +, the first concrete theories arrive. Here is the review of WandaVision

WandaVision has attracted the curiosity of the public since the very first two episodes, displacing the many who did not expect a product so far from the designer line of the Marvel Cinematic Universe.

Landed on Disney + il January 15, immediately presented itself as a particular series; giving rise to multiple theories, some very imaginative. The protagonists Wanda and Vision, whose roles are reprized by Elizabeth Olsen e Paul Bettany, they show themselves very different from the characters used to seeing in previous films.

Element that, for the purposes of the plot, reflects a great importance for the future of the whole MCU; I remember, in fact, that WandaVision definitively opens what is called the 4 phase.

In the third episode, interesting clues begin to leak, giving the viewer some goosebumps … especially in the last minutes.

Let’s analyze it in detail. 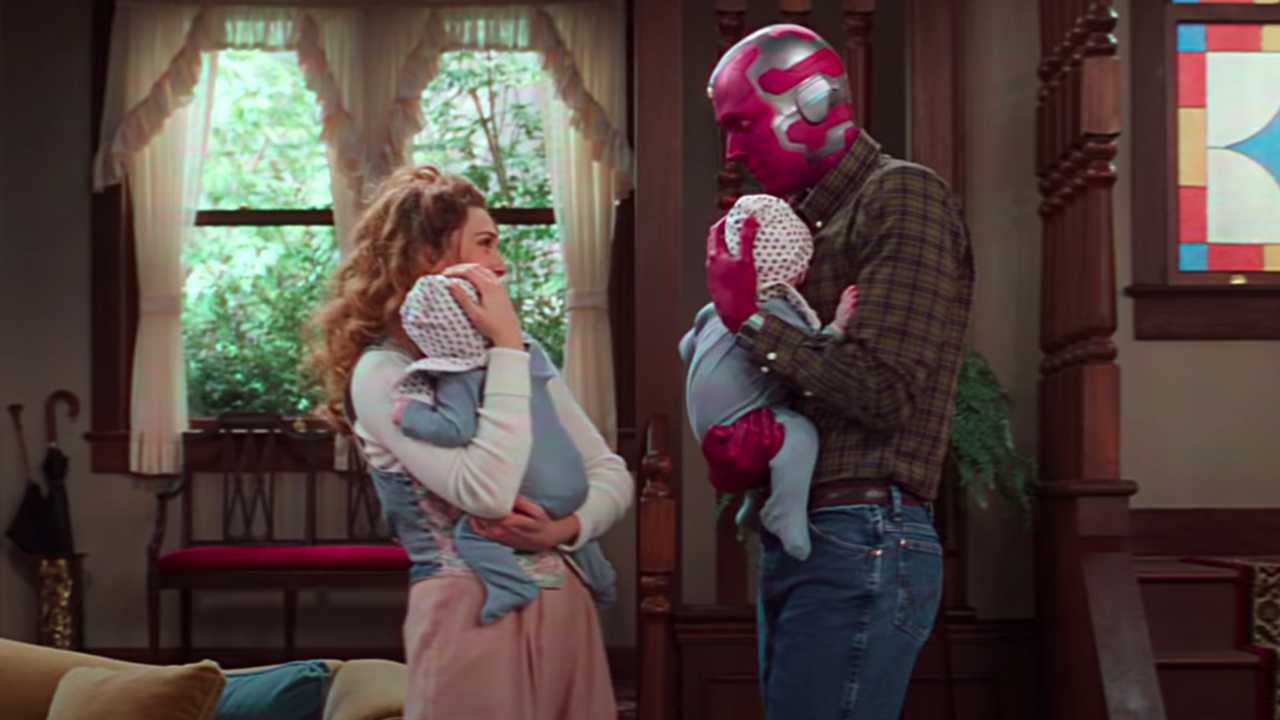 Last week we left Wanda pregnant while she was rendering their home “set” in color.

The transition from black and white to colors also brings with it the change of period: we pass from the 50s, to the 60s and 70s. The change is immediately grasped by the viewer, not only through the most modern clothes, but also thanks to the inevitable theme song, a mirror of those sit-coms typical of the late 60s / early 70s.

From now on, you enter the full story.

Wanda and Vision are faced with an unexpected pregnancy, which proceeds quickly. In their fictitious normality, the first major concern is not to let the neighbors notice it, so they can’t ask themselves about the exaggerated speed at which Wanda’s baby bump is growing.

These, without a doubt, are the most hilarious scenes of the entire episode; those that, more than all, are linked to the ironic theater of the newlyweds seen in the previous two episodes.

The strong point of the entire series, at least until now, are the two protagonists. From movements to expressions, they do not miss one. They fully represent the stereotypical characters of sitcoms, with the only difference that slowly an interesting subplot also develops that comes to life in our reality. 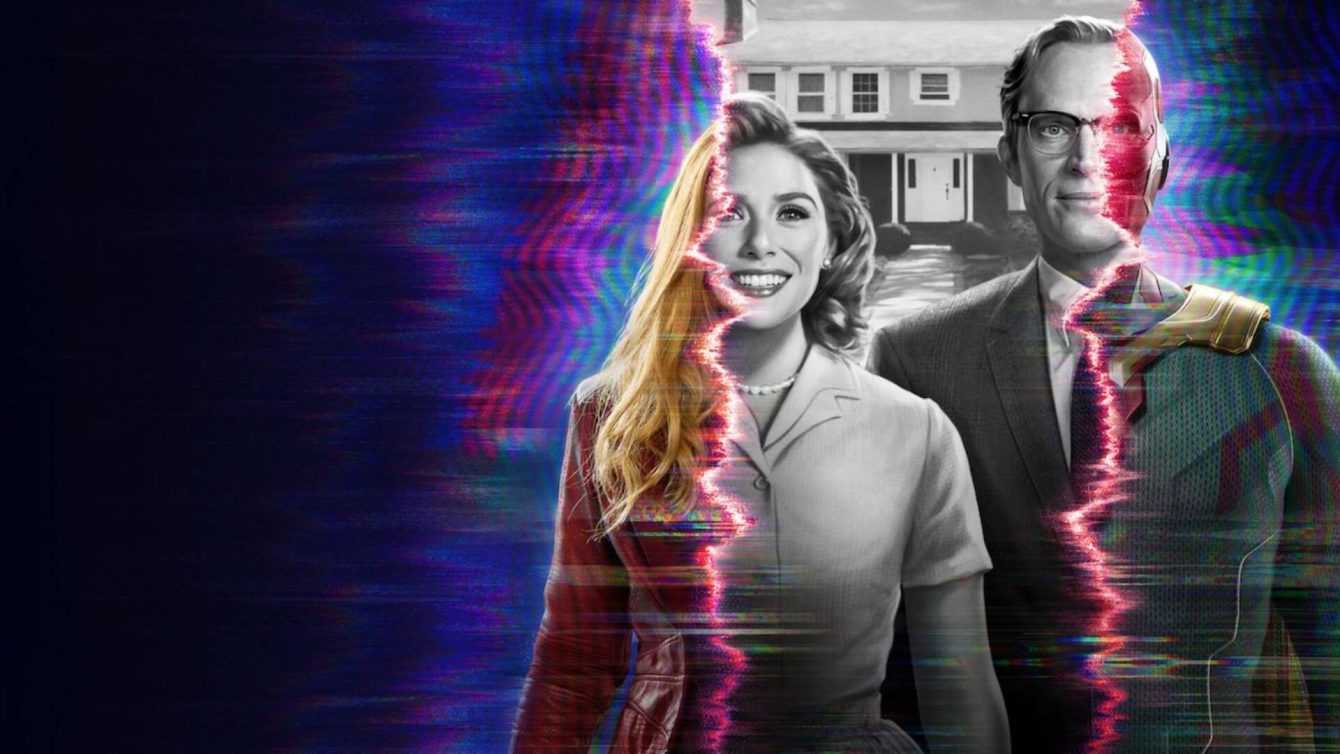 When Wanda gives birth to the twins in the middle of the episode, the tension emerges at exponential levels and creates an evident short circuit with the goliardic atmosphere that we have been used to seeing in the series.

Wanda and Visione perceive the fluttering of something wrong, a disturbing element not visible; but as happened previously, ignoring the reality of the facts is much easier than asking about negative feelings.

Thus, even when the time seems to have come to finally understand what is really happening, all efforts are thwarted; returns, preponderant, forced cheerfulness that distinguishes the two “new” superheroes.

The outside world filters even more copiously in the third episode.

What is disturbing is precisely this lightning-fast passage. A word is enough (like a certain reference quoted by Geraldine, who helps Wanda to give birth), and the atmosphere darkens. It seems increasingly clear that Wanda is not a victim of this fictitious reality, but is the author, even if perhaps unaware. 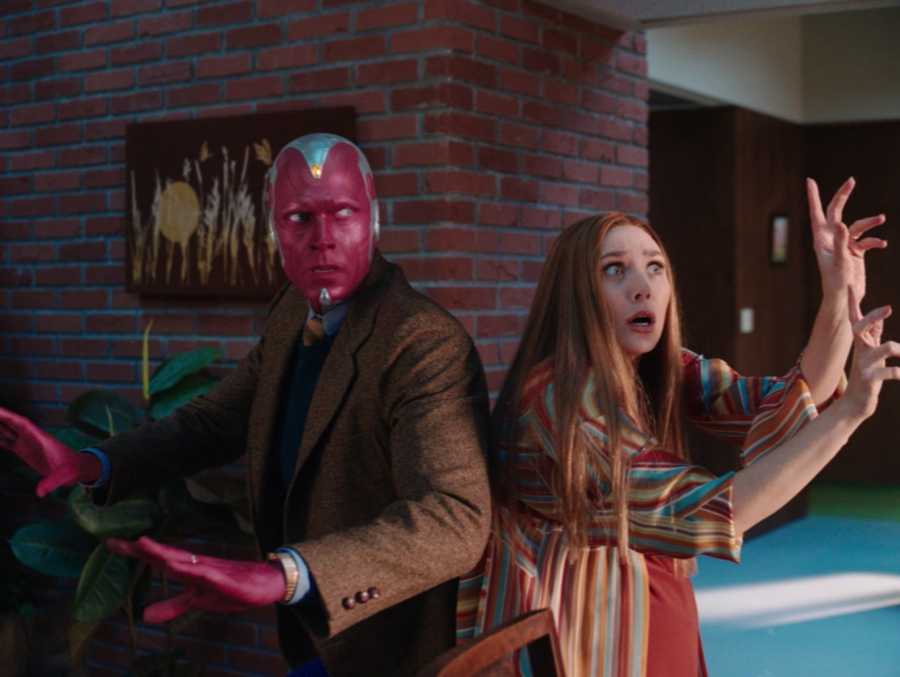 The end of the episode throws clues into the hidden reality of Westview, on the role of S.W.O.R.D. and on the origins of Geraldine. The credits arrive and you have the feeling of having seen a lot, more than what is shown in the duration of 30 minutes.

In conclusion, WandaVision asks his viewer to be patient, not to ask for everything at once but to savor the story step by step. The answers will come, but not immediately.