Who will win between a professional driver, an American football star and a basketball player among the best in the NBA? The challenge was launched and accepted, and took place on the hot American circuit of Austin, Texas. That is not quite the real circuit, but on EA Sports F1 22, dove Daniel Ricciardo he challenged Derwin James dei Los Angeles Chargers (NFL) e Patrick Beverly dei Los Angeles Lakers (NBA).

Trained by Daniel, the two athletes then challenged the McLaren master on the circuit of the Americas.

F1 22: Ricciardo vs James vs Beverly

In the video we see the three stars of three different sports joining in the game, while Ricciardo explains to the other two some secrets of the Formula 1 world. Not only that: in the video the Australian driver gives some important tips, which will help the players in facing the COTA.

EA Sports F1 22 was officially released on June 28 for PC and consoles. Last week Codemasters and the publisher Electronic Arts revealed several news regarding the latest update of the game. These include new liveries, a MyTeam icon dedicated to the legendary Mika Hakkinen and 30 free and VIP levels of Podium Pass Series 3.

“F1 22 is a game for Formula 1 lovers. It’s not perfect, mind you. Probably Codemasters would have needed a few more months to better integrate all the innovations provided for by the FIA ​​regulations and to refine some graphic elements. Let’s not forget that it is not a real driving simulator. We are still in the middle, in the limbo between sim racing and arcades. However, we cannot consider it a defect. In reality Codemasters’ compromise allows both experts and newbies to enjoy the title, relying on a good level of challenge and a series of mechanics that bring the game closer to reality. In short, this F1 22 is definitely promoted for us. “ 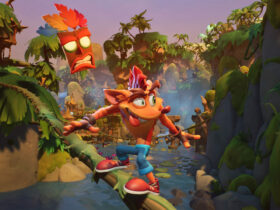