Other than privacy: WhatsApp would read our chats. This, at least, is in summary the result of a very recent survey conducted by ProPublica.

WhatsApp privacy is always a hot topic, which periodically returns to be talked about.

And we have promptly given you an account. For example, you will all remember the fuss that arose around the date of May 15, the day on which the privacy rules of WhatsApp were partially updated.

A month after the change in the privacy policy, the app had come up with a move to silence the criticism. That is, it had invested in an advertising campaign precisely in order to comfort its users on the level of data protection guaranteed by the platform.

Finally, a few days ago the fine of 225 million euros imposed on the app by the Irish Data Protection Commission is a few days ago. WhatsApp has been accused of violating the data privacy laws in force in the European Union.

In conclusion: given the huge audience of the Facebook group messaging app (over 1 billion and 600 million users), the relationship between WhatsApp and privacy has always been controversial.

And the ProPublica investigation seems to disavow the statements of Marc Zuckerberg, who would have reassured about the impenetrability of conversations between users.

ProPublica published a sensational news on its website on Tuesday 7 September (then partially corrected on Wednesday 8, as we shall see).

According to the famous non-profit newspaper, part of what we write in chat is read by a specific working group set up ad hoc. But what parts of the conversations come under the magnifying glass of Zuckerberg’s men?

Says ProPublica: “WhatsApp has more than a thousand contract workers who fill buildings in Austin, Texas, Dublin and Singapore in order to peruse millions of content. Sitting at the computers and organized for assignments, these contractors use special Facebook software to screen streams of private messages, images and videos that have been flagged as inappropriate and then screened by internal AI systems. “

The external company providing WhatsApp with the auditing team of freelancers would be Accenture.

The recent investigation stems from a complaint presented in 2020 by the ProPublica itself, which signaled the use by the platform of external contractors and artificial intelligence systems to examine the material exchanged in chat by users.

The response from WhatsApp

Reached by ProPublica, the director of communications of WhatsApp, Carl Woog, admitted the existence of a team of freelancers which works on the detection and removal of illegal content. Woog added that “WhatsApp is a lifeline for millions of people around the world. The decisions we make are always focused on privacy even when we prevent and limit abuse “.

The misconception of end-to-end encryption

But the ProPublica article generated a big misunderstanding, for which – as we said – the same newspaper had to modify the article and add an introductory note.

Let’s take a step back. In March 2019 Marc Zuckerberg had proudly presented an innovative “vision focused on privacy” for the Facebook group. WhatsApp, for example, would have relied on end-to-end encryption. Thanks to which all messages sent in chat would be read exclusively by the sender and recipients.

The article that appeared on Tuesday 7 on the ProPublica website aroused great controversy, because it seemed to many that the peculiarity of end-to-end encryption would be lost. 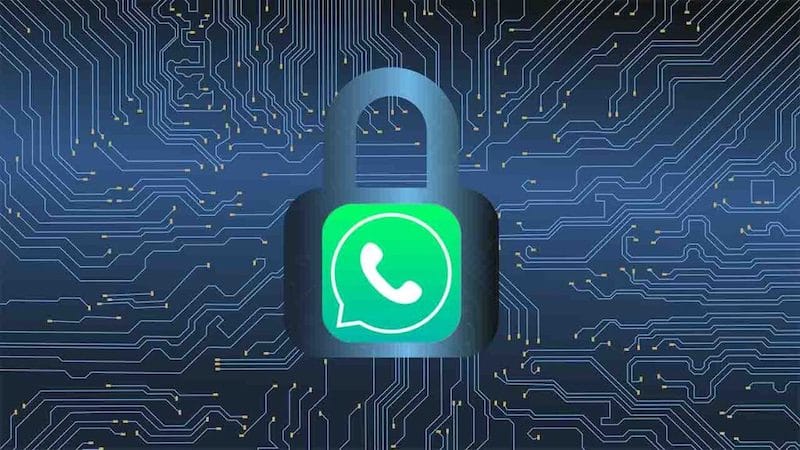 Ma it does not seem to be so. And we read it precisely in the note that ProPublica added on Wednesday 8: “An earlier version of this investigation caused unintended confusion about the extent to which WhatsApp examines the messages of its users and if it violates the encryption that keeps the exchanges secret.

We changed the language in the investigation to clarify that the company only examines messages from threads that have been reported by users as potentially offensive. It does not violate end-to-end encryption. “

Yes or no violation?

The inviolability of end-to-end encryption would therefore be confirmed.

The intervention of the outside team would start after a user reports a message as dangerous or inappropriate. It is therefore a spontaneous forwarding to Facebook, and not a WhatsApp intrusion into our privacy.

However, the matter may be more complex than that. Facebook and Instagram have about 15,000 moderators, but as we have just said, WhatsApp could not foresee such figures. Yet, a previous ProPublica investigation would have discovered the existence of moderators even in the famous messaging app. Which also would periodically share some metadata with law enforcement.

Finally, the article published last June by The Verge remains sensational, according to which the moderators of WhatsApp in Spanish have reported a lower salary than that of non-Hispanic colleagues.

Spanish moderators? So is end-to-end encryption impenetrable or not?