In the wake of the recent remakes and the retrogaming phenomenon, let’s go to (re) discover Wonder Boy Asha in Monster World in our review

There was a time when there were only two spatial dimensions in video games. A time in which with only two or three mechanics you were completely immersed in an adventure without the need for special special effects or complex writing. This was the era of 2d platformers, genre that had its peak of popularity in the 1980s and partly in the early 1990s. This until the arrival of the first PlayStation and the worlds in 3D. Today, to rediscover that era without however losing the freshness of a modern graphics sector, here comes Asha in Monster World. So let’s see in this one review of Wonder Boy Asha in Monster World, how it was possible to combine past and present.

It is no coincidence that the title is produced by the original team. The team of Westone Bit Entertainment is led and directed by the creator of the Wonder Boy series, Ryuichi Nishizawa and supported by Shinichi Sakamoto for sound design, Maki Ōzora for character design and Takanori Kurihara for creative management. In short, it spirit Monster World IV is there right from the start. So let’s go and see in the detail Wonder Boy Asha in Monster World in the continuation of the review. 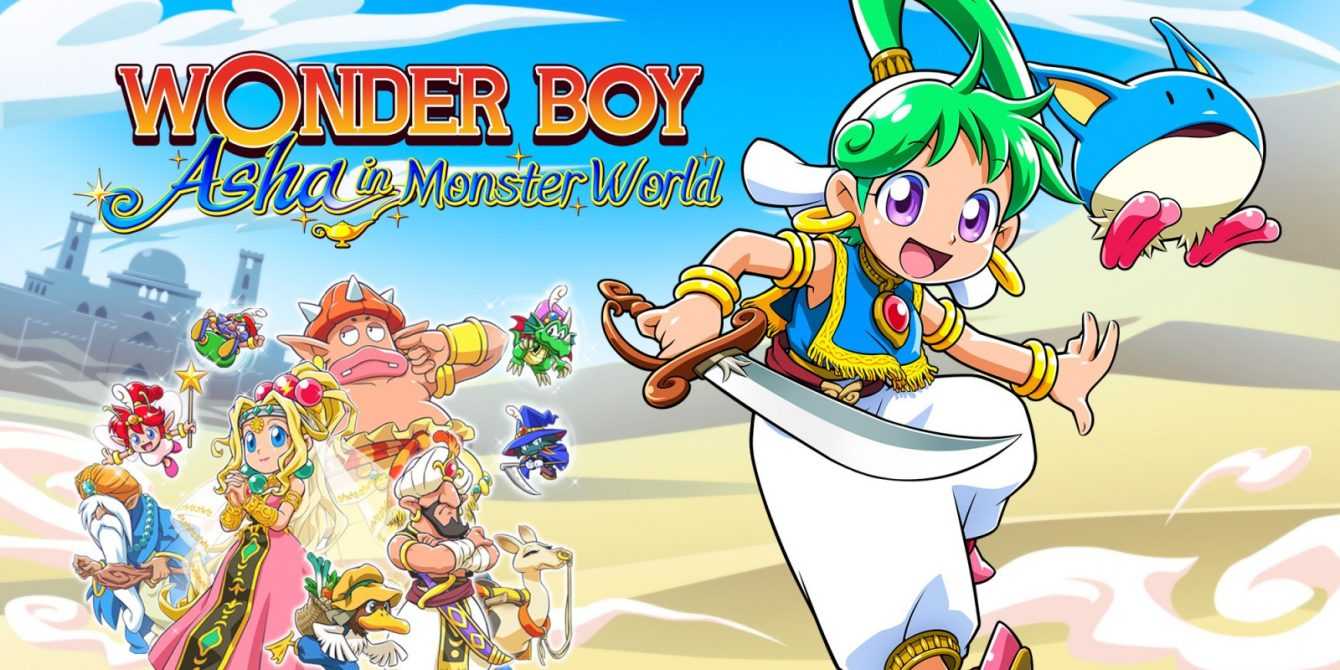 The plot of the game is very basic and serves more to give a context and a sense to the player’s actions. In this chapter we have Asha, an intrepid warrior from the village of Estafan who is determined to become a warrior. Arrived in the city of Rapadagna, Asha discovers she has to free four different ones spirits located in four different dungeons to save the world. During the adventure she will be accompanied by a Pepelogoo blue, a creature that will be useful to her on many occasions.

In addition, it will be equipped along its journey by a simple one sword and a simple shield. The stylistic influences, net of the graphic modernization, follow those of the original title. Asha and the world around her are stylistically inspired by culture car. In particular, as well as in character designs, it is possible to notice these influences also by observing the architectures of the city of Rapadagna. To free the four enclosed spirits (of the earth, moon, sun and wind) Asha will have to defeat the boss located at the end of each level. 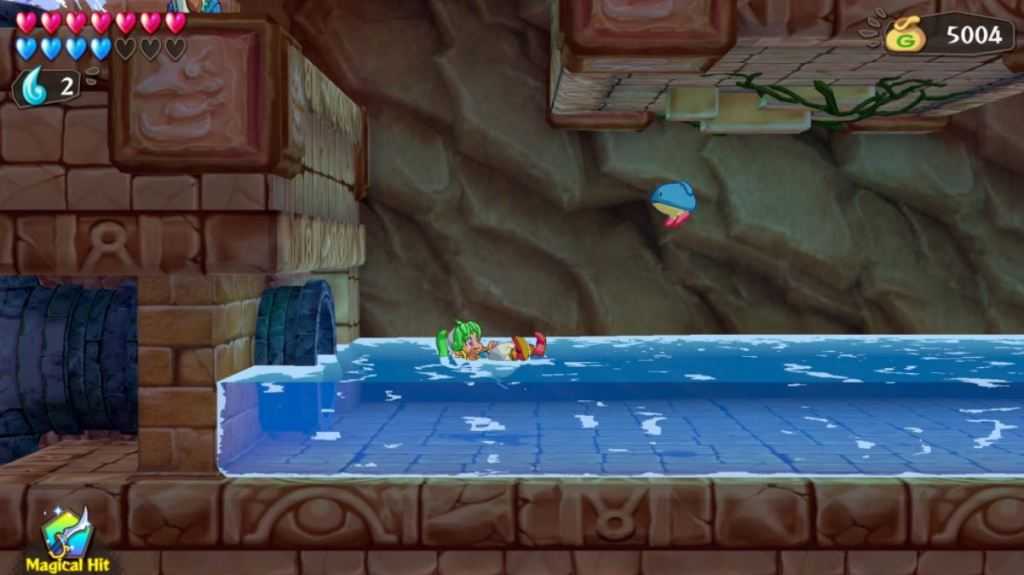 The title is basically a platform sliding with a slight component rpg. Along the course of the adventure we will, as mentioned, to free four spirits confined to the end of four different dungeons. Levels will vary from within a volcano to glacial zones. The gameplay it remains quite basic and simple. In fact, it consists in going through the levels making a clean sweep of all the enemies to get to the boss. Speaking of levels, excluding the city of Rapadagna which acts as “Hub”For the player with shops and merchants, the latter do not seem particularly characterized. The almost identical backgrounds give the player a constant feeling of déjà vu if not really of girl, especially in the long run.

The role component within the title is almost irrelevant. For the duration of the adventure, in fact, we will be equipped with a simple sword and a shield. These items will be upgraded by going to the respective retailers and purchasing the respective variants with statistics increased. In addition to this basic equipment, after a few minutes from the start of the game we will come into contact with our pet called Pepelogoo. This little blue fur ball will be fundamental and will allow us to use different mechanics. Let it be to make a double jump hanging from it, or to launch it to press buttons at a distance, we will always be in contact with our assistant. 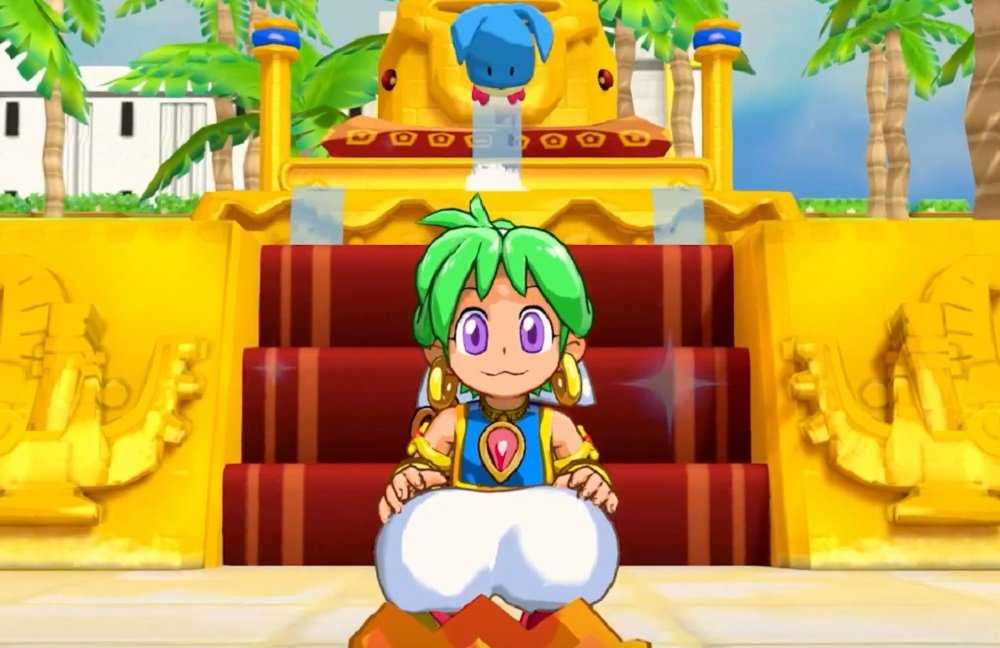 A couple of are needed at this point criticisms. The first concerns the fact that the game often leaves the player to himself, without giving a minimum indication on the screen on which area to reach or what to do. This can be noted in particular (at least for the experience of the writer) when, at a certain point in the game, one arrives at to discover totally random how to use for the first time some mechanical related to Pepelogoo, without a tutorial or feedback from the game. By the way, given the importance of this pet in multiple circumstances, the player is called almost obsessively to recall it with the appropriate command, thus going to return complex shares which, in securities of the same kind, are practically immediate such as the double jump.

The second, on the other hand, concerns the level design. In fact, in some points it will be possible to access a second floor in the maps by passing behind houses and dwellingshowever, these movements are often useless and complicate the perception of the character’s movement within the scenarios. Aside from that, the experience is still enjoyable. Unlike the original, this Asha in Monster World features a manual saving which makes everything even easier. If that’s not enough, you can also tackle the adventure in mode history. 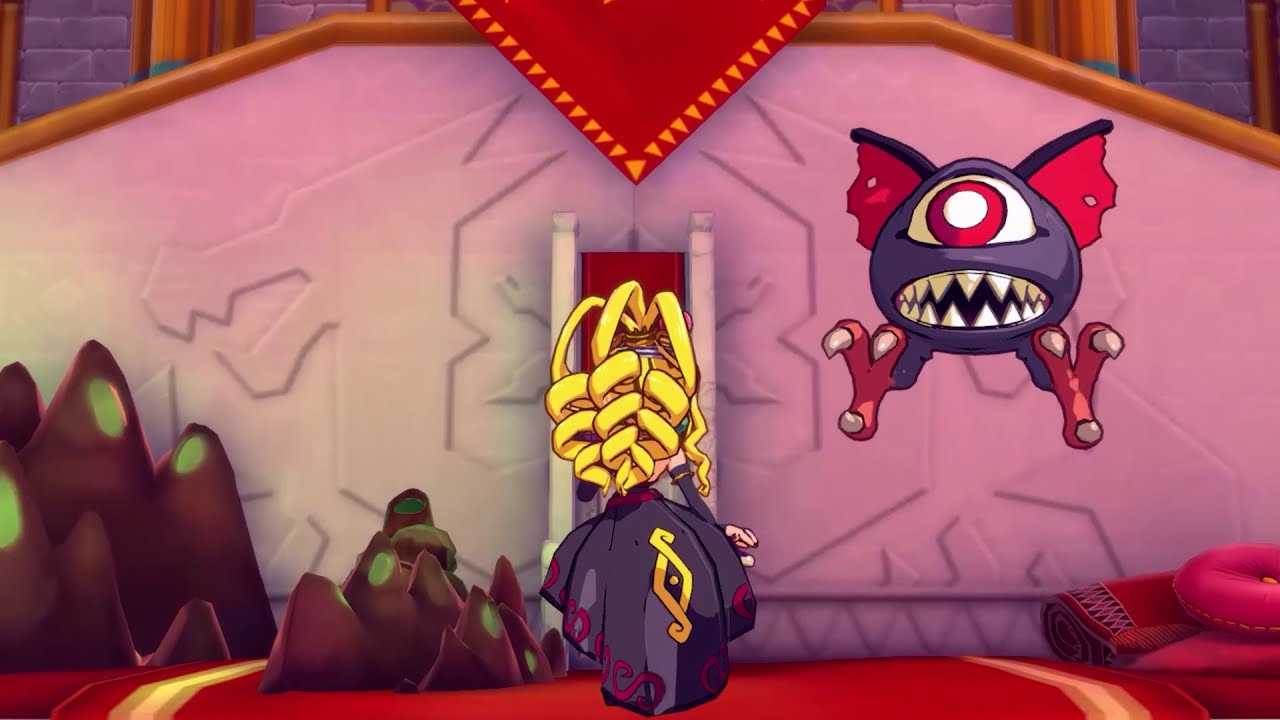 Moving on to the fighting instead, there is one imbalance between normal enemies, too easy to defeat and bosses. The latter, in addition to being aesthetically much more characterized than the others, have unique attack patterns that they put in difficulty the player, even if you have many lives. Turning instead to the technical side, this remake modernizes the old chapter in 16 bit of ’94 with a graphic of the characters in 3D in simil cell shading and with backgrounds in 2.5D. As for the music, however, they are much more inspired, with original and revisited songs unique that make the journey artistically rewarding. Finally, solid frame rate, which makes the inputs very precise. 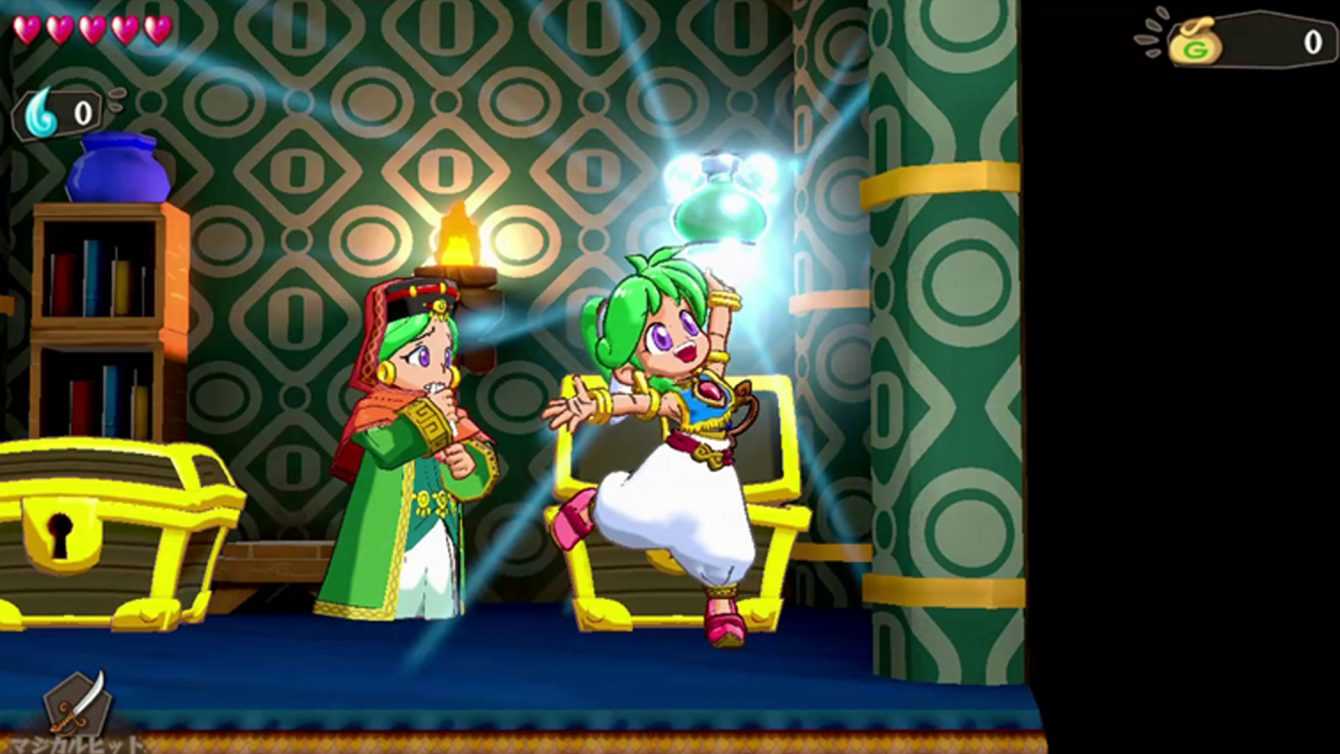 To sum it up, this remake remains philologically faithful in intentions to the original, without many upsets. The title is accessible to everyone and, except for some complicated boss fights, it will not take a large amount of hours to complete it. It will in fact be possible to finish it in about 4/5 ore. However, this Wonder Boy chapter remains a minor title; you want for the short duration, you want above all for a poor aesthetic impact and a fantasy structure that to define classic would be an understatement.

A final element to consider is that by purchasing the physical edition title, you will have the original game included for free. We have therefore come to the conclusion. We hope you’ve enjoyed our review of Wonder Boy Asha in Monster World. In any case, let us know your moles comments.

A remake without infamy and without praise