WRC 9, the popular rally game, finally arrives also on Nintendo Switch: let’s find out, with this technical review, its strengths along with some weaknesses

Finally, after a few months of waiting compared to the fixed console version, WRC 9 was also released in a portable version for the hybrid console from Nintendo. Fresh from mostly positive reviews so far, the brand is experiencing a moment of splendor, thanks also to the consolidated experience of the French development team Kylotonn and the publisher Nacon. Having already analyzed in detail and reviewed the basic version and the enhanced version for the next gen of WRC 9, today we want to offer you this mostly technical review of the Nintendo Switch version, seeing how it performs compared to its fixed console counterpart.

As mentioned before, the consolidated experience of the development team has led to the creation of increasingly solid games, and therefore increasingly appreciated by the fandom. A long way has been done since 2015, the year in which Kylotonn was assigned the reins of this series, and the results to date can be said to be at least satisfactory. In addition to all the cars and tracks present in the base game, WRC 9 for Nintendo Switch also has all the additional features that were introduced for the next gen: here are present, in addition to the tracks in Kenya, Japan and New Zealand, the additional layouts of the Rally of Finland, together with the new couple formed by Hayden Paddon and co-driver John Kennard.

Another extra feature is the photo mode, which, although it may be perhaps obsolete according to some as regards the version for Switch, will still allow you to make beautiful shots to save on your console. Clearly, the cars of WRC, WRC 2, WRC 3, WRC Junior and also some cars “Legends” linked to the world of rallying. Let’s proceed, at this point, with the actual review of WRC 9 for Switch, so that we can analyze all the details. 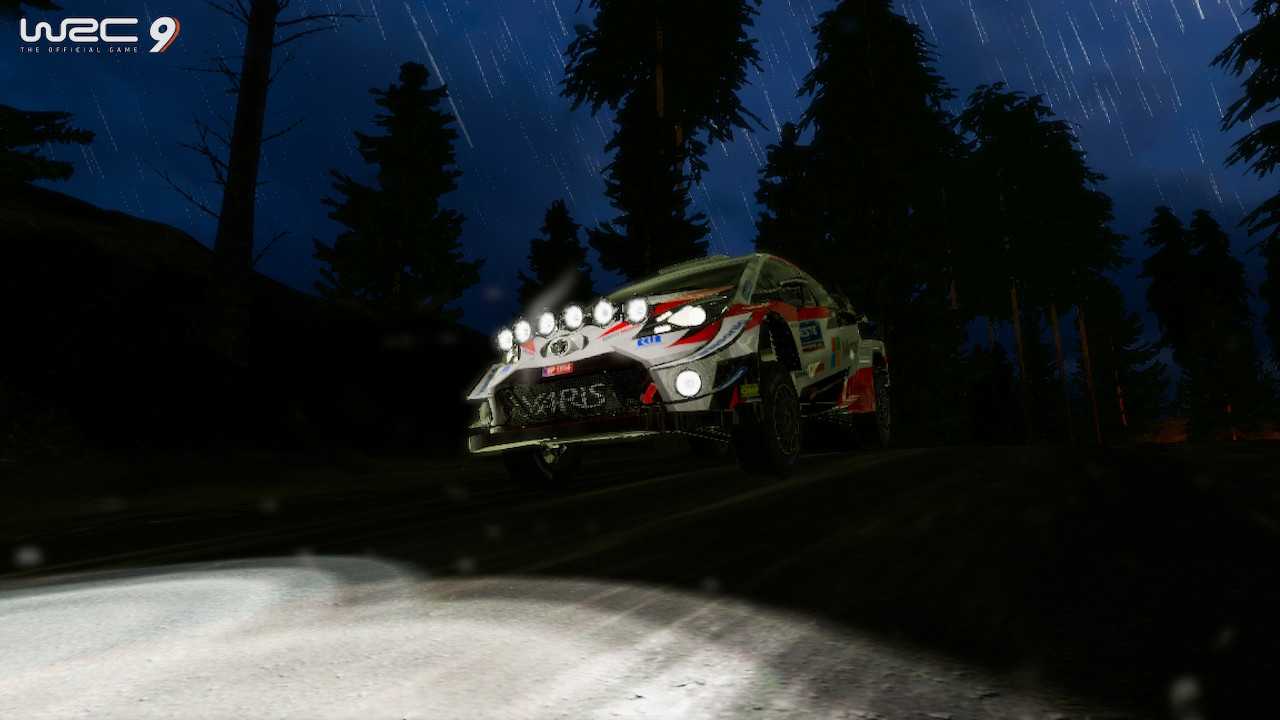 As already mentioned, the features and game modes are almost identical to the fixed console counterpart, except for a few small shortcomings. In practice, we will have both the possibility to play single races in a more peaceful way (without having to spend too much time) with the Quick Match e Weekly Challenges, and the ability to tackle longer-term challenges through Career e Season. Needless to say, these last two modes are the highlight of the WRC 9 experience.

If in the Career, already introduced in the last chapter of the series, we will have the opportunity to participate in the World Rally Championship, also having to manage our team properly, Season it looks like a slightly leaner version: we will no longer need to manage our team, and therefore we will simply limit ourselves to racing in individual rallies. The absence of an online multiplayer mode and the split screen makes it clearly impossible to challenge other players, even if we will still have the opportunity to interact with them: the presence of the mode is confirmed. Club, which will allow us to create custom leagues or join those created by other players. 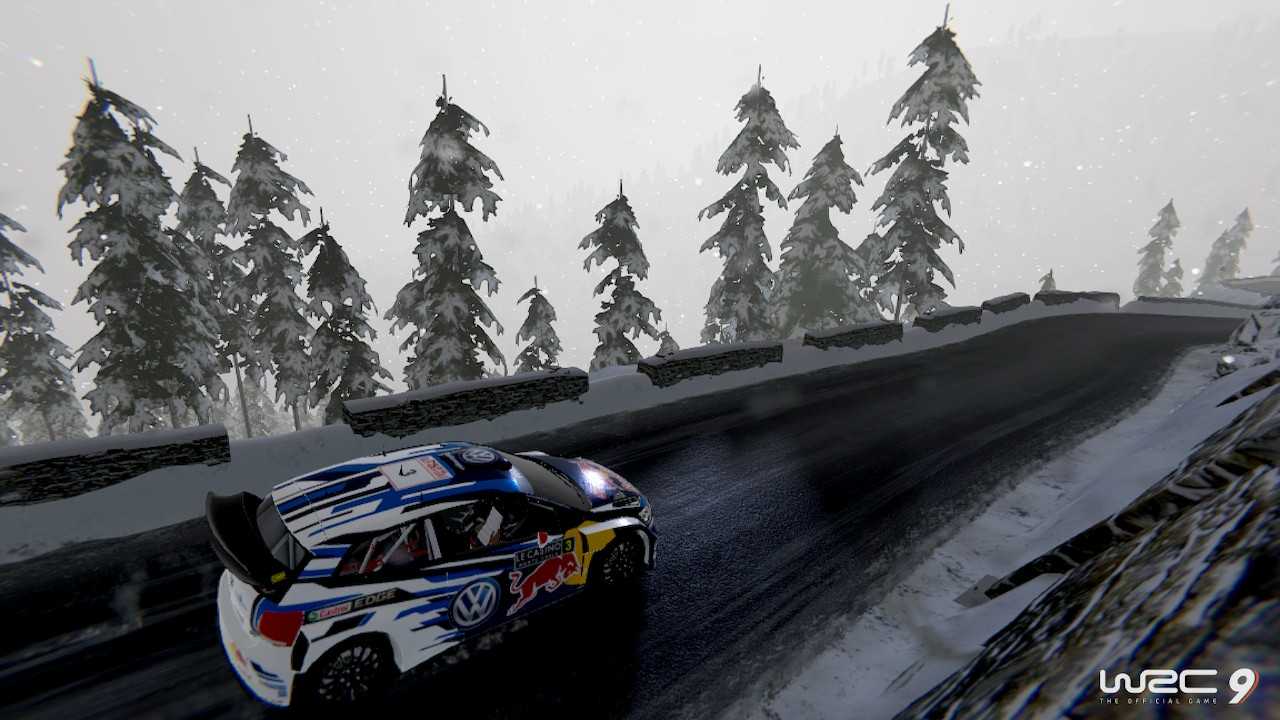 So, pad (or joy-con) in hand, how does the game fare? What is it like, once you have taken control of the car, to start racing and drifting around the World Rally Championship circuits? Speaking about it from a playability point of view, the judgment is generally positive: if the default settings of the controls are not to your liking, they will still be fully customizable. The game also runs at a frame rate of 30 frames per second, almost completely stable. Some dips in portable mode are to be noted, especially if you play with active atmospheric precipitation: this can be problematic, as these dips also go and reflect on the responsiveness of your commands, making it more difficult in some moments to properly control the car.

In addition to this, this version has no further problems regarding stability: there are very few bugs, and, although WRC 9 may be heavy (you can see it by how the console overheats after a game session), it does not crashes of any kind have been reported. So, having said that, we can move on to the next paragraph of this review of WRC 9 for Switch, in which we will talk about the graphics sector. 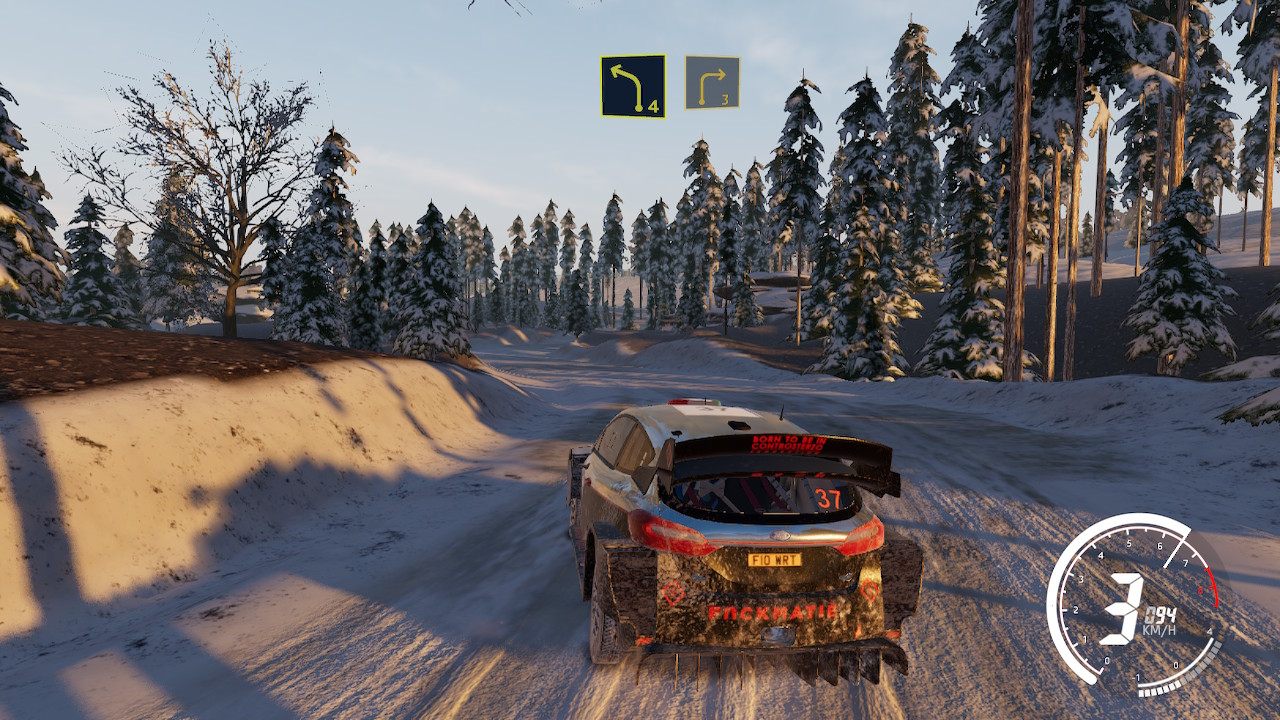 All the stability of such a heavy game has cost a lot from a graphic point of view. Not that graphics are the main focus, quite the contrary. Depending on the needs that a new player or a longtime fan may have, it is however to be noted anyway how much graphics quality drops dramatically compared to the fixed console counterpart. The result is clearly more noticeable on large screens, but even in portable mode you can’t help but notice the results. Although the models of the individual cars are in fact pleasing to the eye, the quality of the image drops when we start looking at the surrounding environment. It was probably the first thing that made the difference very low texture quality, visible above all by looking at the side sections of the track.

Taking illumination into consideration, it can be said that the shadow quality, also very low, contributes to the bad result: it, together with one rendering distance bassa, it will give the impression of looking at a hardcover in case we decide to take a look at the view in the distance. There are clearly many other low-level graphics features that contribute to the final result, give it to you particle effects, to vegetation density, however, we limit ourselves to talking to you about the main elements; in any case you can take a look at them yourself screenshot present in this article. 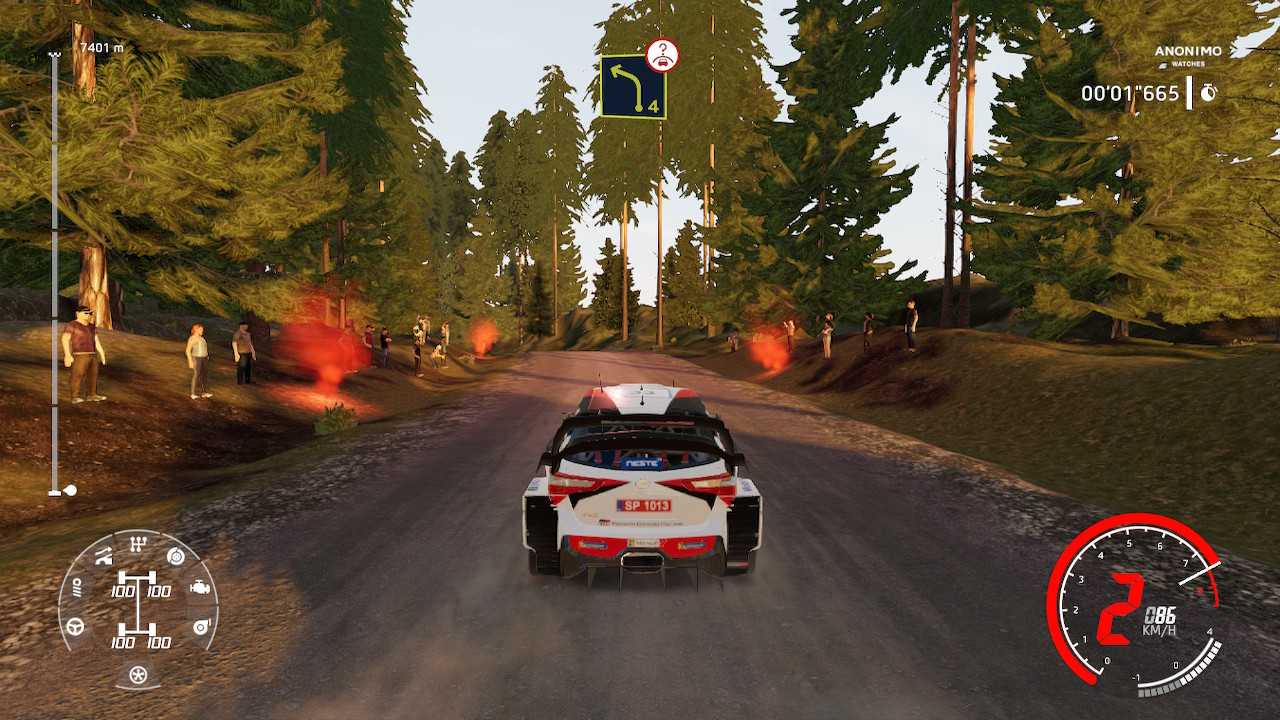 If you are passionate and, as for newbies, do not worry a somewhat steep learning curve, WRC 9 is a game for you. Speaking of the Switch version of WRC 9 analyzed in this review, it is not without its strengths, quite the contrary. The main reason why some people may prefer this version to others lies in the portability: as mentioned before, the experience will not be without problems, but the fact that it is almost always stable allows those who do not want or cannot play from a screen at home to be able to enjoy it solidly.

But if portability isn’t what you’re looking for, e if you own any other home console or gaming PC powerful enough, perhaps it is the case to turn to those versions of the game there: the visual impact will be much better than what you would have on the Switch. As mentioned in the other reviews, WRC 9 adapts to both arcade and simulation styles of play, following the needs of all users; in all this, if you are looking for a simulation experience, all the more reason I think it is appropriate to turn to other versions of the title, as they are also characterized, in some cases, by a higher frame rate, capable of reaching 60 frames per second .

For more reviews, insights, guides and news about the world of video games, follow the pages of TechGameWorld.com. If, on the other hand, you want to buy game keys at very discounted prices, you can do so through our link to Instant Gaming.

A good compromise for Switch users