The new trailer for Yurukill: The Calumniation Games, in addition to giving us a first look at the game, also reveals the release date.

The new trailer and release date of Yurukill: The Calumniation Games

Are you ready to enter the twisted world of Yurukill? A twisted universe where your own destiny is at stake. BANDAI NAMCO just released an official trailer today and unveiled the official release date of the new video game, set for the summer of 2022. In the new trailer you will be able to meet your fellow prisoners to understand how to face future trials and fight the competition

In the game you have just been accused of a terrible crime but you did not commit. You will have to fight to bring out the truth and save your life. Will you be pardoned or executed?

The intriguing and mysterious plot is written by the acclaimed author Homura Kawamoto. This features investigative game sections focused on gathering and collecting evidence, testimony and solving puzzles. The shoot-’em-up gameplay is intense and high-quality, offering a visual representation of the characters’ introspective insecurities. Players will also be able to try their hand at modality Score Attack. The latter allows users to replay levels and increase their rankings, as well as the ability to choose an executioner who maximizes their special skills. Read more in our full article dedicated to the game’s storyline.

Yurukill: The Calumniation Games will come up Nintendo Switch, PlayStation 4 e PlayStation 5 on June 7, 2022 for North America. In Europe, three days late, it will be available from June 10, 2022. The release for Oceania will instead take place on June 17, 2022. 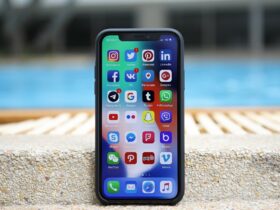 Why is the Dyson V15 Detect the best cordless vacuum cleaner?