Zero Chill is the new teen drama TV series from the UK and available on Netflix from March 15, 2021. Here is our review.

From the UK comes a new TV series, teen drama genre, Zero Chill, available on Netflix March 15, 2021. An atmosphere that reminds us of that of the Disney TV series, where teenagers dictate the plot, rhythm and narration with a decidedly low temperature, because most of the scenes are set on the skating rink. A first season of 10 episodes, lasting about 30 minutes and an ending that, if there is no renewal, leaves nothing pending at the plot level.

The plot follows the story of the MacBentley family, formed by parents Jenny and Luke and their two children, Kayla and Mac, twin brothers and both fans of ice sports. Precisely for this reason, the family, from Canada moved to England, where the Hammer’s Academy is located, an ice hockey academy that admits the young Mac into it. Kayla loves ice skating, but does not aim to be a professional, for this reason, his life choices are also influenced by the career of his brother who instead aims to become a hockey star.

The fact that Kayla doesn’t have the competitive spirit to become an ice skating star, it does not mean that it is not his passion and that he does not suffer from the distance from his best friend and artistic partner. And that’s exactly how the first season opens and continues, following the relational and sporting dynamics of two teenagers.

The pilot episode opens on the ice rink with Kayla dancing her song in a remote video call with her best friend from Canada. The ice, therefore, seems to be immediately one of the protagonists: it is on the ice that the greatest relational and plot dynamics between all the characters take place. The track is a place dear to everyone that seems to put them at ease, making them find them in their natural environment. And precisely because ice is the protagonist, the characters really skate, they are not doubles and this certainly benefits the overall quality of the scenes we see. 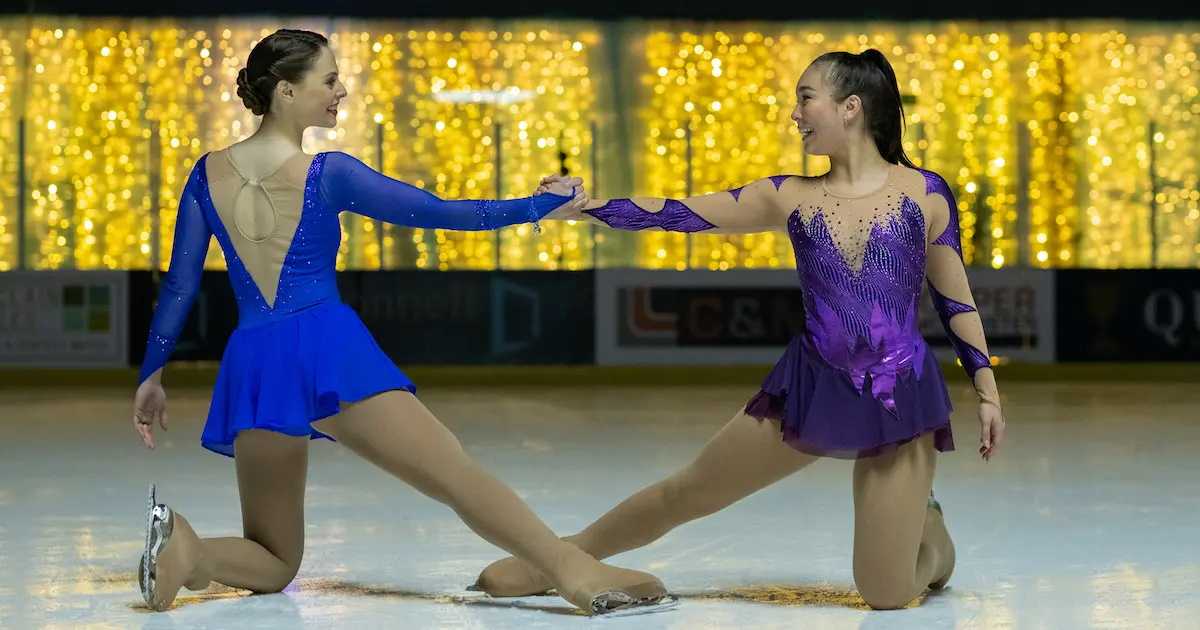 From a photographic point of view, this ice contrasts with many colors, those of the hockey jerseys and figure skating suits, that of the bar above the rink, that of always bright and bright close-ups on faces and bodies. Zero Chill is a teen drama TV series that reminds us of the Disney style, nothing is dark, ambiguous or overly sad, everything has bright, bright colors.

These elements make this product for the whole family, pleasant flowing and quite dynamic given the many sports and ice dance scenes.

What is missing overall is ambition: Zero Chill brings nothing new but light entertainment and good humor. The script is definitely the main problem, because it lacks depth and creativity. The narrative follows Kayla and Mac, who behave, rightly like two teenagers, who have passions, goals, but don’t always know what they want. From the first episode, we follow Kayla’s difficulty in accepting that a large part of her life depends on Mac’s career, and we also follow Mac in the difficulty of having to be a hockey champion even when he still wants to be an ordinary teenager.

This dynamic is the same that we find, however, also in the last episode, that is all of Kayla and Mac’s explorations throughout the season always take them to the starting point, that is, that they both want to be adolescents, without too many responsibilities, sometimes impulsive and in an environment that is safe for them, that of the family and their ice rink. 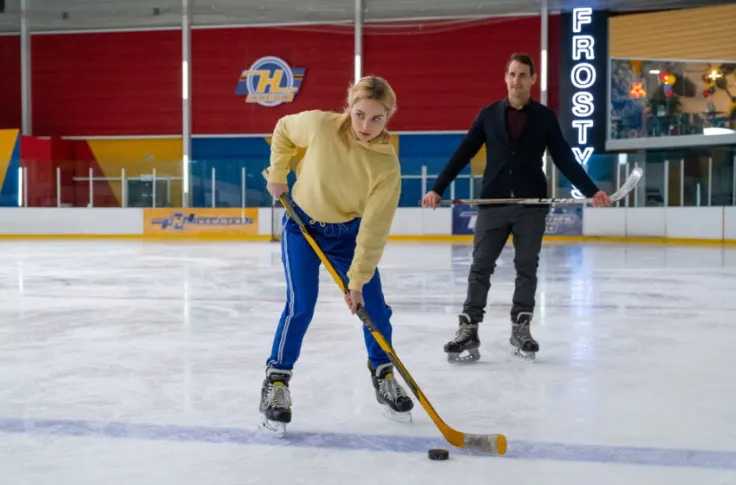 Another flaw of the script is the writing of the dialogues, which appear as interrupted every time the characters discuss, especially on issues that have an emotional and psychological depth. There are some relational dynamics that are certainly very interesting, such as that between Kayla and Mac, but also that between Anton, his daughter Ava and his mother Alina, but the dialogues between them are non-existent or appear within the episode as passing clouds, little contextualized and hasty.

Overall Zero Chill appears as a teen drama that does not have a precise direction, because even in the story of adolescent dynamics, it does not deepen or choose a single path. We must recognize the value of wanting to bring the viewer on ice, at zero temperature, a rather unusual environment in the serial field., but that has a lot of charm. Netflix had already tried it with Spinning Out, a good product, as well as unfortunate for being canceled in the first season and which certainly appeared to be very solid from a narrative point of view.

Zero Chill has the narrative freshness and the setting to be able to continue for a long time, but it needs a deeper and more detailed script if it is to be a TV series to remember and that can also give emotional depth as well as simple entertainment.