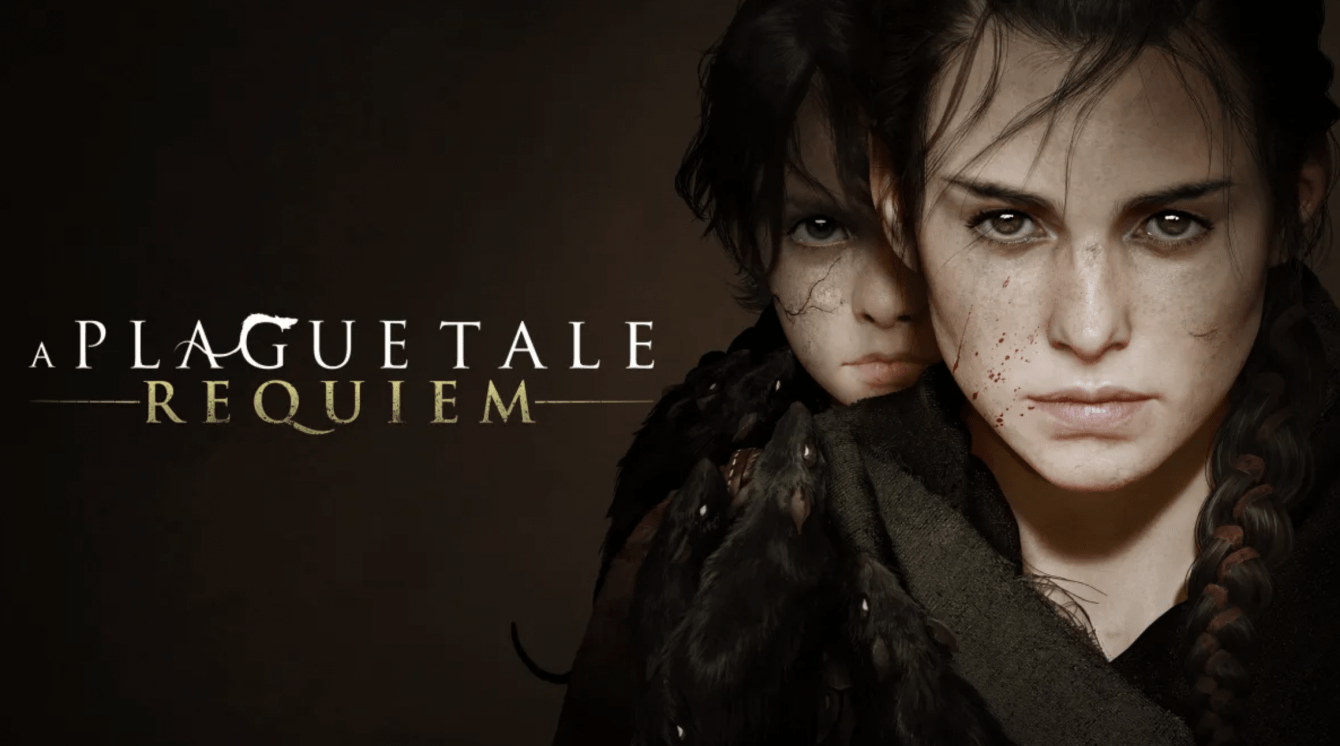 We had the honor and pleasure of previewing A Plague Tale: Requiem, and today we want to tell you about it in our review of the PS5 version

With improved stealth mechanics, an interesting and depressing story, and respectable graphics, A Plague Tale: Requiem has finally landed on PS5. Even more rats, even more suffering and even more action they come back in a very inviting package. Without taking any more time, let’s find out together how much we liked A Plague Tale: Requiem in our PS5 review. The plague, gentlemen, has returned more devastating than ever.

Following in the grim footsteps of its predecessor, A Plague Tale: Requiem torna in un action-adventure in the third person which takes place in an alternative historical version of the 14th century France (to be clear, during the Hundred Years War). Players take on the role of friendshipolder sister of a distressed and disturbed young boy named Hugo. The two find themselves traveling through a plague-ravaged world, escaping hordes of rats, and making their way through armies of (unintelligent) soldiers. All to save the little and fragile Hugo.

Beyond that, it will be necessary to reveal the mystery of the disease of our little brother, meeting memorable characters and all in all well written. The story is extremely well told, filled with memorable moments and twists. Writing and interpretations (in particular that of Amicia) they’re so strong it’s hard not to feel something, positively or negatively, for the entire cast. Some parts of this pleasant journey can be a little twisted or pulled by the hair, but the final result is definitely of excellent workmanship. 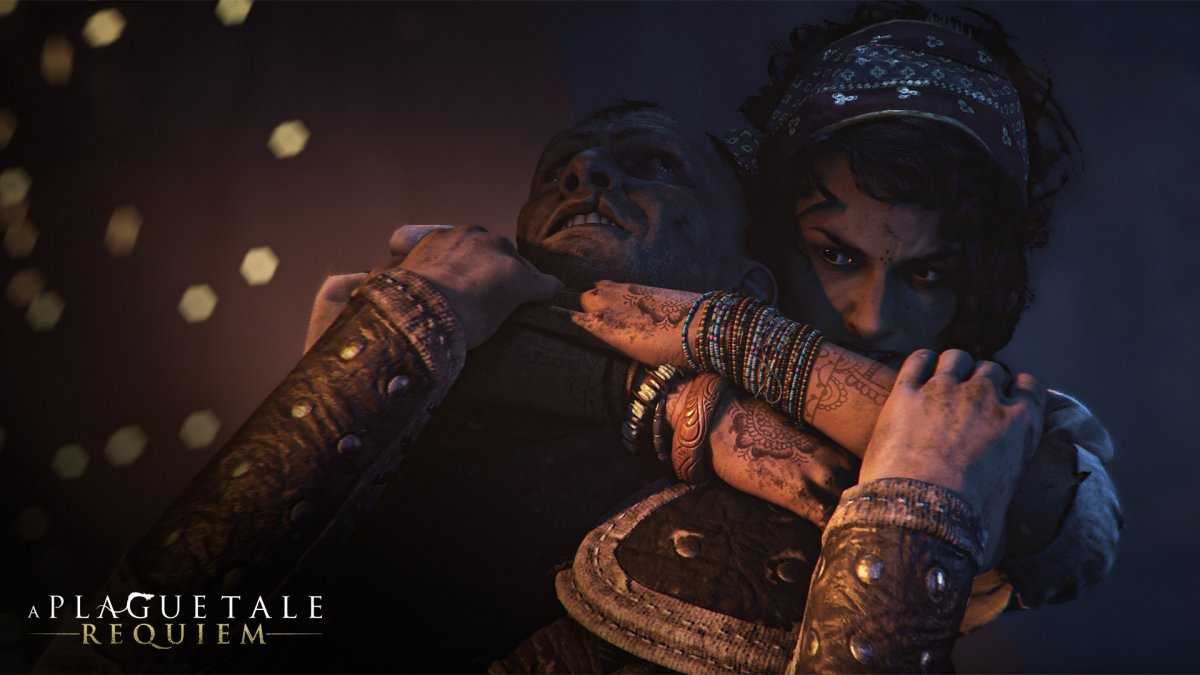 Gameplay – A Plague Tale Review: Requiem for PS5, the return of the plague

In the wake of the first chapter, during most of the game you will pass the time tiptoe over near-lethal enemies in stealth sections that are not too original, or to use light sources to make your way through hordes of ravenous rats in puzzle sections. What’s more, sometimes, during the game, the two components combine: terrifying tides of rats will serve as a side dish to soldiers trying to kill you at the wrong time, in the wrong place. Requiem doesn’t do much to stand out from its predecessor when it comes to gameplay, but it perfects the previous model. Some of the weaker moments are the standard stealth action sequences, where you stealth or strategically eliminate soldiers while heading towards an objective.

The use of the sling, the crossbow and the bag of alchemical tricks at Amicia’s disposal it’s not boring at all, but it doesn’t even do something never seen before. You can distract enemies by throwing rocks, use fire to ignite objects in the environment, and sneak up on enemies to kill them – all standard stuff for the genre. Requiem’s ​​only truly notable addition is that allies can now combine stealth options with their special abilities. For example Lucas can stun enemies with his Stupifacio powder, while a soldier named Arnaud can be tasked with facing enemies in battle. This makes the action a little more interesting and slightly less mundane. 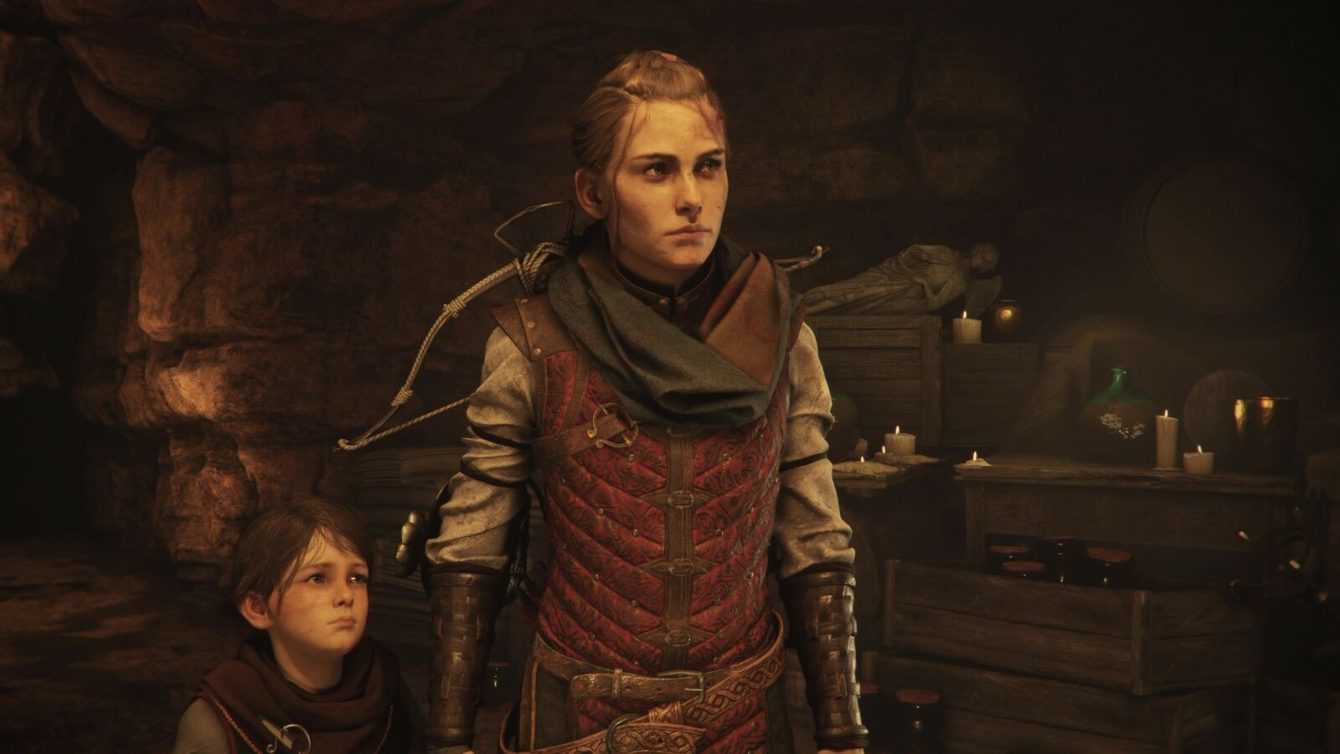 Art at the service of technique – A Plague Tale Review: Requiem for PS5, the return of the plague

The Story of A Plague Tale: Requiem it’s aided by absolutely stunning graphics, music and voice acting. The game’s art sector makes it enjoyable to explore this ruined world and hang out with allied NPCs. The work done by the development team is truly remarkable, especially considering that the game harnesses every ounce of the console’s processing power. Of all the aspects, our dear old plague rats definitely stand out. While in Innocence the rats were reduced to a simple one “The floor is lava”, in Requiem they are a force of nature. Rats 2.0 are capable of breaking through stone walls, piling up on top of each other to reach high surfaces, and even engulfing entire cities (yes, you read that right). The whole thing is both beautiful and impressive to see (and play).

While beautiful to look at, the puzzles centered around rats they are always very simple. It is certainly satisfying to shoot chunks of meat to distract them or shoot flaming arrows to create small safe zones. Despite this, even in these cases, one rarely feels put to the test by these obstacles and one finds oneself crossing the areas with the feeling of having the situation. constantly under control. 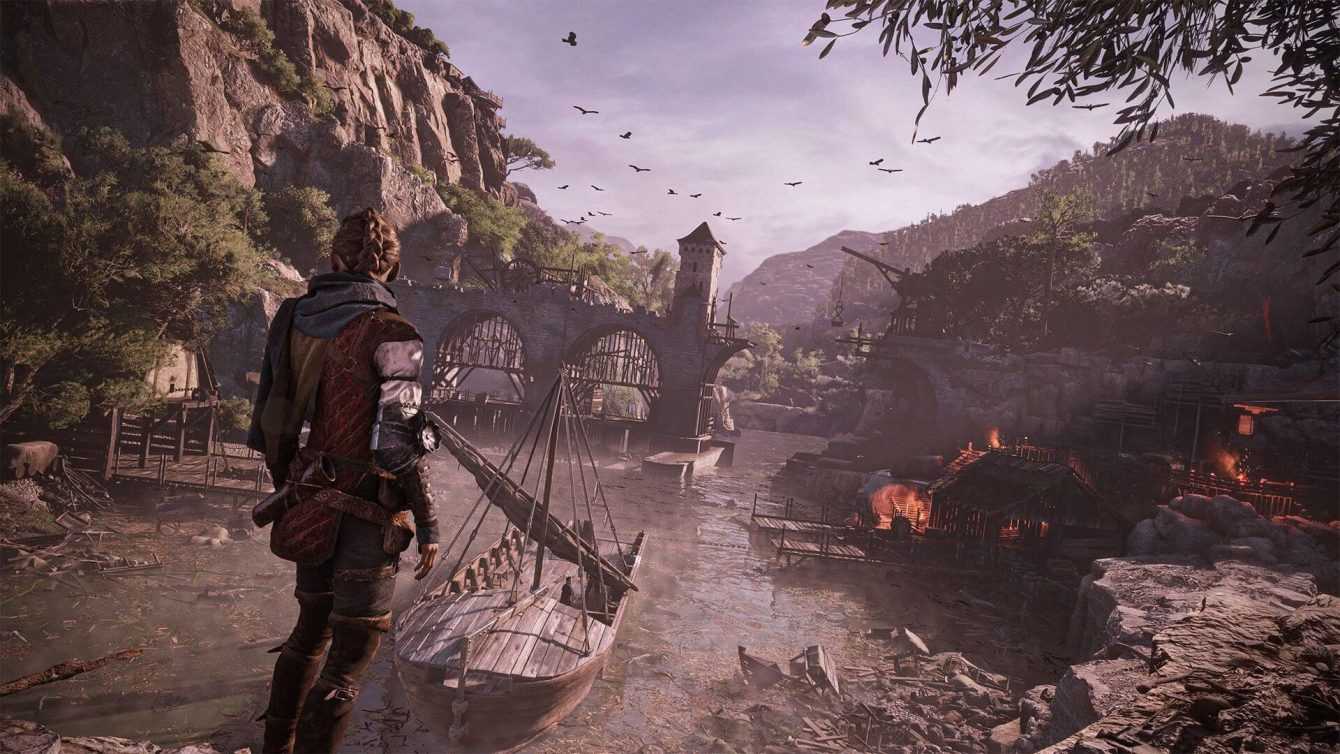 Choose Your Role – A Plague Tale Review: Requiem for PS5, the plague returns

Requiem also includes some RPG nuances not to be underestimated. If you didn’t care about stealth, face-to-face combat remains an alternative option. The interesting thing about the game is that whatever style you adopt, the evolution of the character during the journey changes. For example, preferring the challenge of stealth, increasing Prudence you will unlock useful skills to move stealthily. Alternatively, it can be increased Opportunism “ which allows you to make better use of the environment to kill enemies, or Aggressionthe most incorrect and aggressive play-style of all.

Furthermore, during the campaign (about 20 hours) it is possible to find collectibles useful to enhance the tools at our disposal. There are also some hidden side missions that unlock some additional supplies or equipment that modifies statistics. This system makes you feel rewarded during the exploration phases, making it an end to the game as well as itself. Net of what has been said so far in this review, we are ready to take stock on A Plague Tale: Requiem for PS5. The Asobo Studio game is a great sequel to a game that has had the success it deserved. The IP presents improvements from almost all points of view, some substantial others less. It doesn’t do much to stand out from its predecessor in terms of gameplay mechanics and the challenge rank is really low, but with a depressing as well as engaging story, fantastic graphics and rat-filled moments, this adventure deserves at least a chance. We would certainly have preferred a more full-bodied and innovative stealth sandbox, with a slightly less guided and more “challenging” action. Despite this, Requiem remains a noteworthy sequel as well as an excellent action-adventure. Absolutely recommended!

As always, we greet you and invite you to stay tuned to TechGameWorld.com for other reviews, guides and much more from the world of video games. Also, don’t forget to check out the Instant Gaming catalog for always discounted games. Hello and good gaming!

Article Review A Plague Tale: Requiem for PS5, the return of the plague comes from TechGameWorld.com.