Other announcements announcements: Don’t give up hope, Abandoned trailer has a release date for the appropriate app

We swear we didn’t do it on purpose, but at this point we might as well say: yes, we’re here again to talk about Abandoned, this time for one exit date definitive for the app with which we will be able to see the trailer. Not unlike the “other ad ads” for which SEGA and other publishers are now known, now the Dutch studio (which we assume is) BlueBox Game Studios is ready to announce how long we will have to wait to wait even before we have something concrete. The good side, in all of this, is that there are real dates.

Let’s avoid going too far and let’s move on to the meat: the release date for the app dedicated to the Abandoned trailers will be among us on the 29th of July. Let’s talk about the application, of course, and not the presentation video itself. The long run is foreseen for an initial sprint the 10th of August with what is simply called “introduction”, while “further on in August ”we will finally see the trailer itself, hoping that it will silence the conspiracy theorists (with a confirmation or a denial) once and for all.

We’re excited to announce that the Abandoned Trailers App will be available to preload free of charge for all PS5 users on July 29 with the introduction available on August 10 followed by the first trailer later in August.

Predictably, the reaction in the comments is very divided. There is everything: those who speak with resignation, those who look for clues about Silent Hill (actually at the center of the partnership between Konami and Bloober Team) and who, simply, is a bit tired of always having to wait for the umpteenth raising of veils. The aura of mystery is starting to be too much and lacking in sense, now that it has emerged that the marketing campaign will leverage a separate platform for a single product. We don’t know what else to add, other than a simple “we’ll see”.

Now it’s up to you to tell us yours: what do you think of the app? Let us know below, and as always don’t forget to stay on TechGameWorld.com for all the most important news for gamers and more. For your purely gaming needs, you can instead find the best discounts in digital format on Instant Gaming.

The Callisto Protocol: here’s how much memory it will take up on PS5 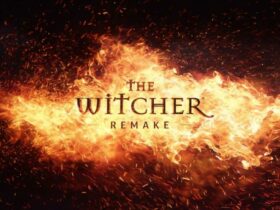 The Witcher: Action RPG remake will be open world