In this review we will get to know the Acer Predator Triton 300 SE a notebook designed for gaming, but with an elegant style

Acer has always been committed to providing all its users with solutions for any eventuality thanks to a multitude of products that are suitable for every pocket and every eventuality, from notebooks to monitors passing through dock stations and many other devices. In short, it certainly cannot be said that the Taipei-based company neglects its users. In this review we will instead go to see the notebook da gaming Acer Predator Triton 300 SE, announced last May along with the new ones Predator Helios 300 e Acer Nitro 5. Let’s find out together. 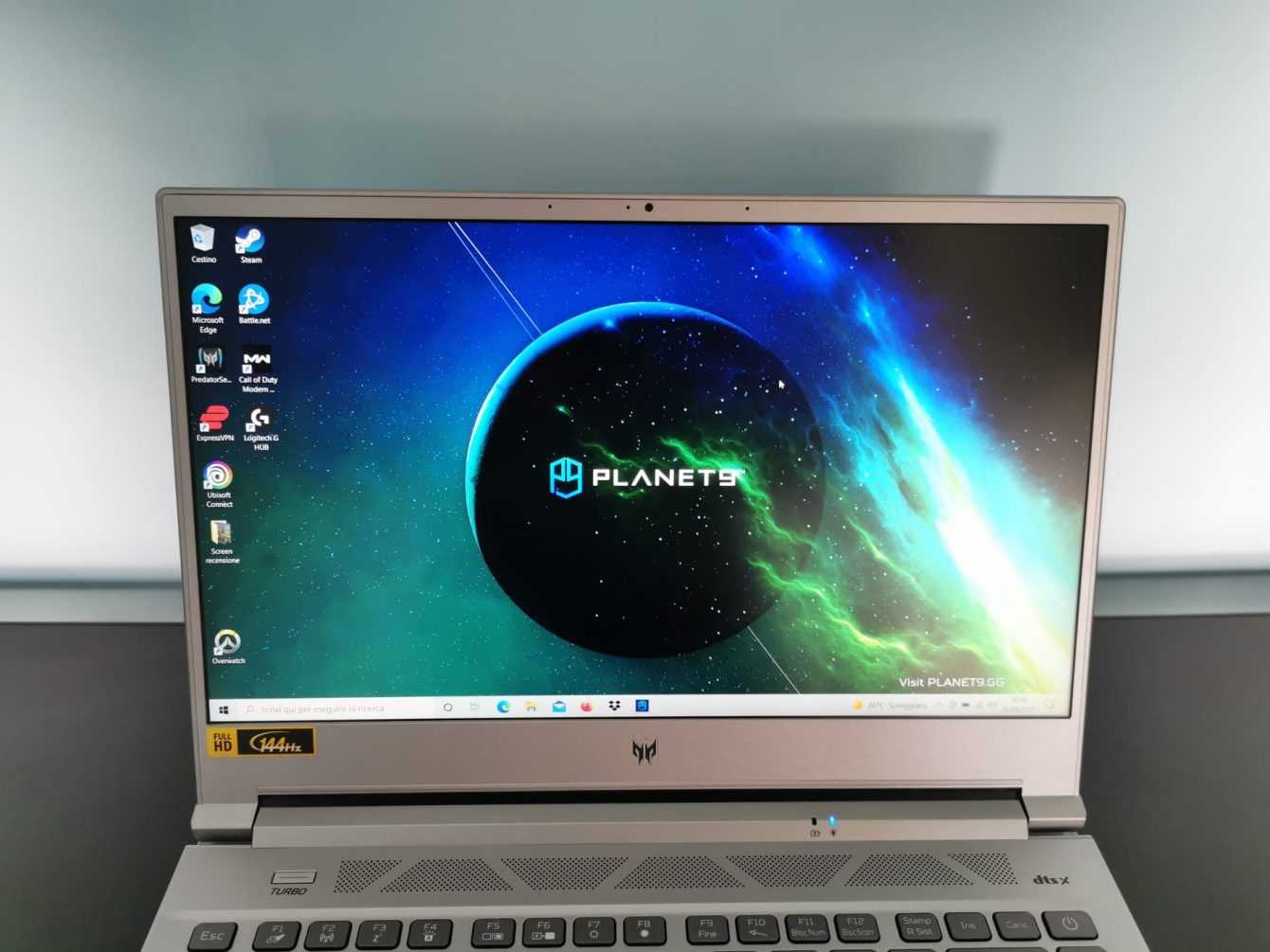 The Triton 300 SE will arrive in a standard package in which we will find only the indispensable. Inside there will in fact be an additional package with inside the power supply with a considerable weight and another box with polystyrene for protection. Inside the latter we will find the notebook and a compartment in which the manual will be allocated.

The design of the Triton 300 SE turns out to be very nice and elegant, making it slightly different from the usual gaming notebooks. Its color and simple lines give it a very ordinary shape, but no less captivating for this. The rounding of the edges, in addition to a purely aesthetic function, is also an additional safety factor in the construction since guarantees greater solidity.

On the top we find only the logo Predator and two indicator lights that indicate charging and PC operation, while the lower one is characterized for the most part by air vents, useful for acquiring fresh and clean air during use. However these are not the only ones. There are in fact four other outlets prepared for the outlet of hot air along the sides of the notebook. More precisely, we will find two in the rear part, while the other two will be found one on the right side and the other on the left side.

This solution occupied a large part of the structure, making it impossible to install optical readers such as a DVD player. On the sides, in addition to the two air vents, there are also ports that will allow the connection of the PC with other peripherals or with a secondary monitor. The USB type-C port, on the other hand, is designed for charging the notebook.

The input devices pre-installed on the notebook certainly deserve a separate chapter in this review on Acer’s Predator Triton 300 SE. The TouchPad It results to be well responsive and the finger glides smoothly on the surface, making it easy to navigate during common use. However, the choice of wanting to insert the fingerprint reader inside it, makes it a little more complicated to use.

On the other hand, there is no negative note regarding the gestures that allow you to scroll up and down and zoom in and out smoothly. The keyboard is also good, though does not have a numeric keypad and the navigation keys are positioned differently due to the small size of the PC. This complicates its use for those used to using a complete layout, but surely a good compromise can be found.

Finally, the last column of keys on the right is very useful. This in fact, in addition to the power button, also has four multimedia keys for playing MP3 or video files and for adjusting the overall volume. Among these there is also a key typical of Predator computers. This in fact allows you to open PredatorSense software directly and therefore it is time to start a new chapter in this review of Acer’s Predator Triton 300 SE.

PredatorSense is probably the most important software on this notebook. In fact, from here it is possible to manage all the settings related to customization, such as the keyboard backlight, but not only. In fact, it will be possible to access important features such as the hardware monitoring which will give us important information on the status of the temperature and CPU and GPU usage.

From here it is possible manage the keyboard backlight. This turns out to be well structured thanks to three different lighting zones that will allow you to customize it according to the user’s tastes if you do not want to set the usual effects.

The mode “Turbo” it might be activated directly using the appropriate button positioned near the speakers above the keyboard. In this way it will not be necessary to switch between the various windows. Once activated though forget about the silence that has characterized the PC up to that moment. In fact, this will activate the fans to maximum to cool the whole system as much as possible, but peaks of 90 ° -100 ° C will still be reached for the CPU and 75 ° -80 ° C for the GPU.

The Triton 300 SE we tested had a PCIe NVMe SSD with 512 GB. We are talking more precisely of a Third generation Samsung PM981a. Although the speeds reported by Samsung mirror those found during the tests – we are talking about 3500 MB / s for reading and 2500 MB / s for writing – we wonder if the company could not have invested in a PCIe 4.0 SSD.

A choice of this kind in fact would have guaranteed speed, both in reading and in writing, double compared to the present model. In addition, a space of only 512 GB it is definitely not the best choice that can be done. In fact, with 3-4 triple A games, the storage is found to be completely full and therefore you will be forced to make important sacrifices. Not to mention that those who will also use it to study and / or work will certainly also have other programs and files that will further clog the SSD.

Despite these problems, which cannot and must not be overlooked, the SSD does its job well, with really short loading times. However, if you are aiming to take advantage of the DirectStorage technology present on Windows 11, then you will have to buy a new SSD with at least 1 TB of capacity, or buy the model with 1 TB. Not a very wise choice by the company that could certainly negatively affect sales.

Let’s see some technical data about it

We tested this Samsung PM981a on board our Acer Predator Triton 300 SE with different benchmarks so as to have purely objective evaluation parameters. Starting from the best known CrystalDiskMark, We detected excellent values ​​both in reading and writing, which certainly place it among the best in its category, remember being a model PCIe NVMe 3.0, equipped with 3D TLC memories (Triple Level Cell). Not quite the ideal choice for gaming, but still good overall.

Then moving on Atto Disk Benchmark, we begin to see the first hesitations of the SSD in question. If overall the performance with 32KB and 2KB is average, which are basically the most complex operations on a day-to-day basis, with files of particular dimensions, such as 12, 16 and 24 MB, we see small inconsistencies; small performance drops indicating the controller’s inability to handle performance consistently. In daily use this could translate into evident slowdowns in some applications, games or productive software.

With HD Tune Pro instead we notice one slight lack of performance consistency. We can see this in the graph Random Access, test carried out with 40GB, as with 1 MB files, we have 2097 IOPS, and an Access Time latency of 2.020 ms. Same behavior and tendency, comes out of the test carried out on File Benchmark, where we have a fluctuating trend, with a writing that is not always constant. In conclusion, we have performances that overall ensure smooth use, but which could suffer with certain demanding applications and operations.

A negative negative like this obviously does not affect much on the performance that is still high thanks to the processor Intel Core i7-11370H and there 16 GB of RAM. In conclusion, during daily use you will not have any problems perhaps due to a too low calculation speed or a saturated memory. During these phases, such as studying, surfing the Internet or watching a movie, the computer will be fast and practically silent.

In fact, we will hardly be able to hear noises due to the fans that could compromise our experience. Clicks on the keyboard are also very subdued, making the PC great for writing even at night. The audio reproduced by the speakers cannot absolutely be compared to that of an audio system, however, in terms of quality, it absolutely does not mind. However, as we increase the volume we have noticed several distortions, even quite important, especially when it exceeded the 85% threshold.

The display, chromatically speaking, turns out to be flawless. You can enjoy vivid images that allow you to view every single shade of color without losing any detail. However, the optimization is not the best despite the 1080p resolution. The proportions are all wrong and we will end up with a screen clogged with some icons. True, the screen size has a negative effect and it may not only depend on Acer, but it is still a factor to take into consideration. 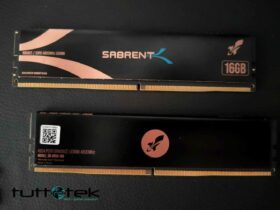 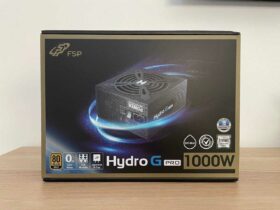 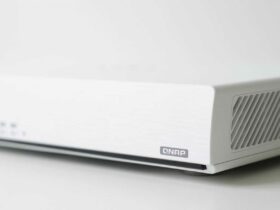