The new year will bring with it a flood of new and exciting titles. Let’s sum up together which will be the best video games coming in this 2022

2021 was undoubtedly marked by the pandemic phenomenon. This has been noticed in the videogame panorama from the continuous postponements that have followed one another over the months. Despite the bad news, however, it is undeniable that the entire industry has not been idle, but rather reorganized to continue to offer players new and fun experiences. For the coming year, therefore, we expect one Avalanche from exits. Basically, all those titles that have been postponed over the past couple of years. Let’s go and see all in this article best video games in exit during this 2022.

Not all evil comes to harm

See the exit date of your title move forward from months or even the date from be destined never pleases. The only good thing is knowing that that time is not thrown away, in fact, it serves developers for to finish, finish e optimize the game to meet not only the internal deadlines, but also the expectations of the players. Also mindful of the painful question called Cyberpunk 2077 (on which we will return later).

Looking to the other side of the coin, there is from jump of joy on our gaming chairs. In fact, a lot of titles will arrive over the course of the year, more or less expected, to satisfy practically all palates, whatever PlayStation, Xbox, Nintendo The PC. Let’s not waste time and take a look at all best video games outgoing in 2022. 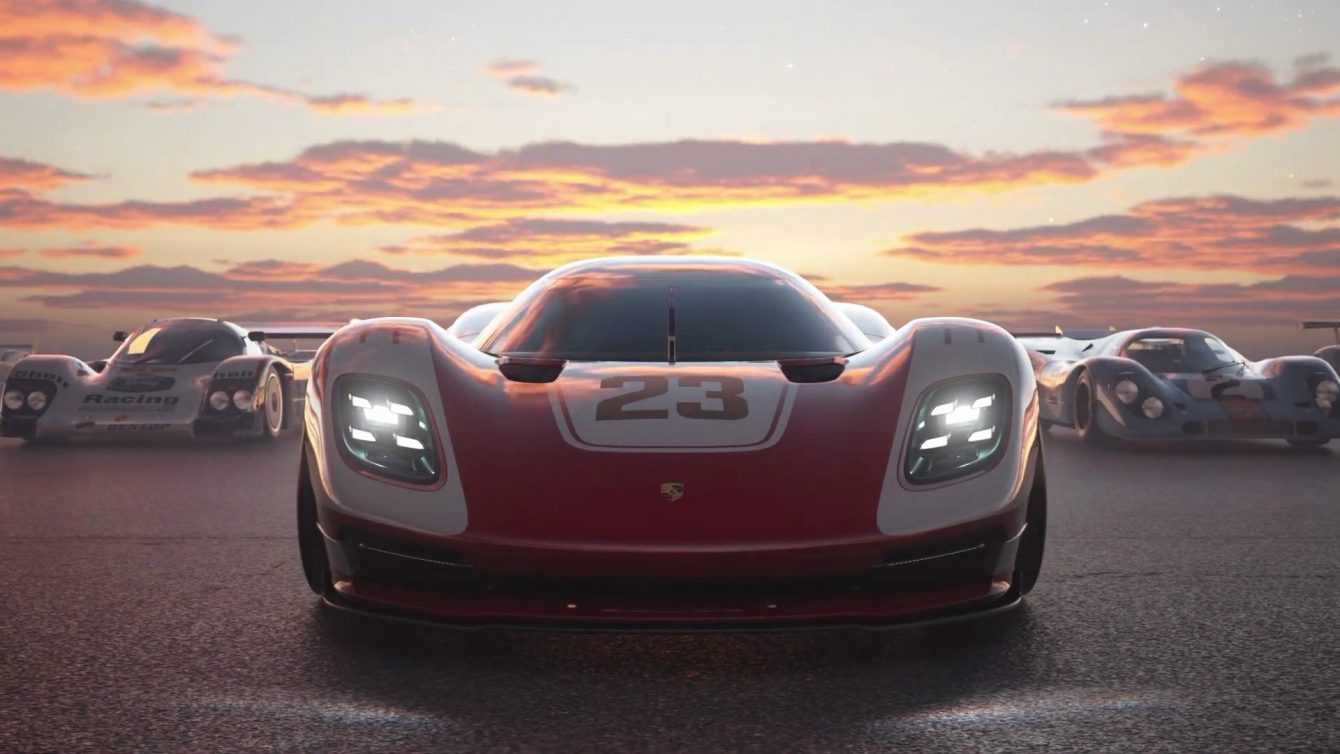 They probably don’t need to presentations. He’s already thought about it Sony to create hype around its main IPs. We are talking about Horizon Forbbiden West, Gran Turismo 7 e God of War Ragnarok. If we now know a lot about the first, also thanks to several videos of deepening disclosed by Guerrilla on world building and gameplay, by Gran Turismo 7 we await further details. It seems that the historic driving series devised by Kazunori Yamauchi is about to go back to yours origins. From what we have seen in the presentation videos, the beloved seems to be back countryside, in addition to the feeling of realism which has characterized the series for many years.

Drivers will be able to in this new GT7 coming out on March 4, customize your driving experience to the maximum. Not only with the (new) customizzazione of vehicles, but also with many new ones station and places around the world to experience in your own car favorite. This magical trlogy closes God of War Ragnarok. What to say? The long-awaited sequel to the reboot released on PS4 in 2018 promises several new features. From the game we will perhaps finally be able to know the destination from Kratos e Atreus, as well as enjoying many others blows divine, especially after the revelation of Name of the game. 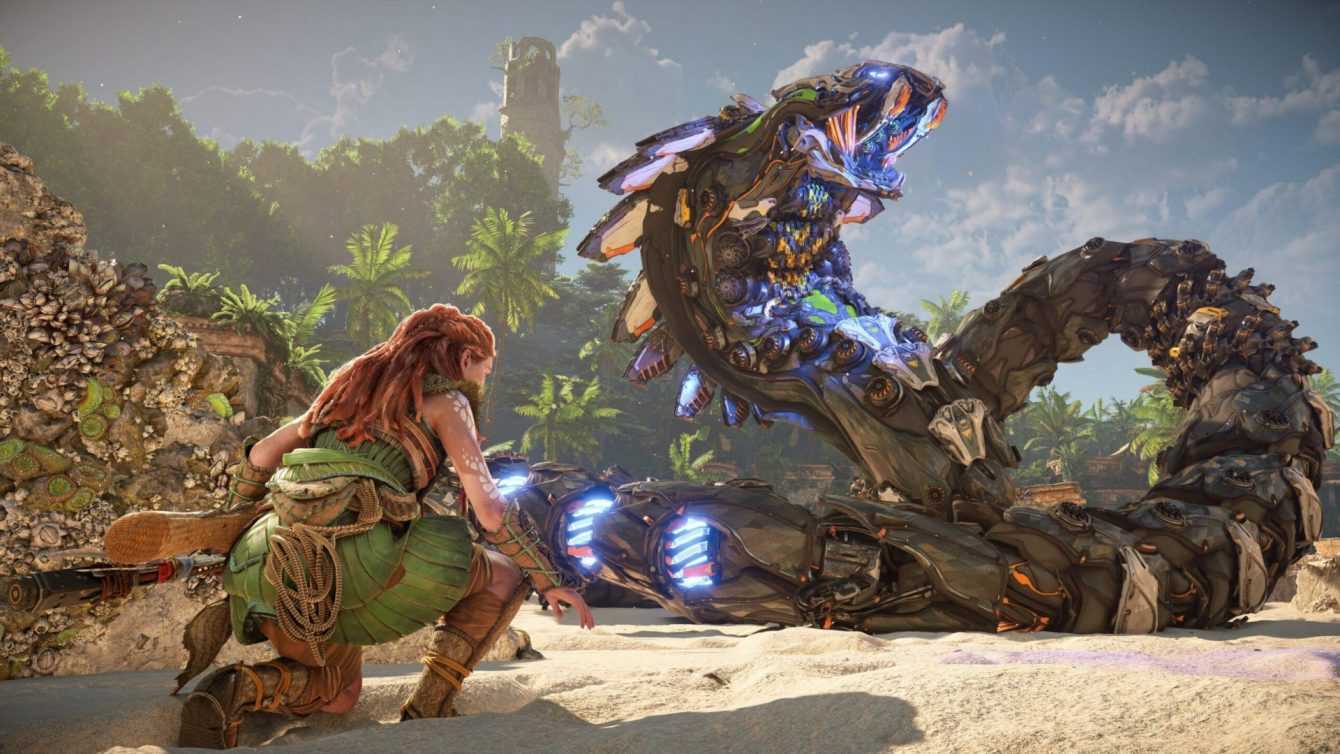 If there is a title that has monopolized media attention in recent years, that is certainly it Elden Ring. The new soulslike of the house From offers everything a souls should have and more. In addition to a system of combat expanded and refined, the title transforms the classic formula of labyrinthine dungeons into a open world chock full of secrets e lore to discover. Another title with atmospheres medieval much awaited it is A Plague Tale Reqiuem. Sequel to Innocence, Requiem tells the following of the history of the inseparable brothers Amicia and Hugo.

If Innocence had amazed us for the successful formula stealth “alla The Last of Us” e la rawness e darkness scenarios, we can’t wait to find out how will evolve the series. Moving on to a diametrically opposite setting, let’s now talk about Starfield. Starfield, coming out onNovember 11th, is the first new universe created by the Bethesda team from 25 years old. In this title science fiction we will be able to build our favorite character and to explore the mysteries of the cosmos in an adventure GDR give her ambitious expectations. 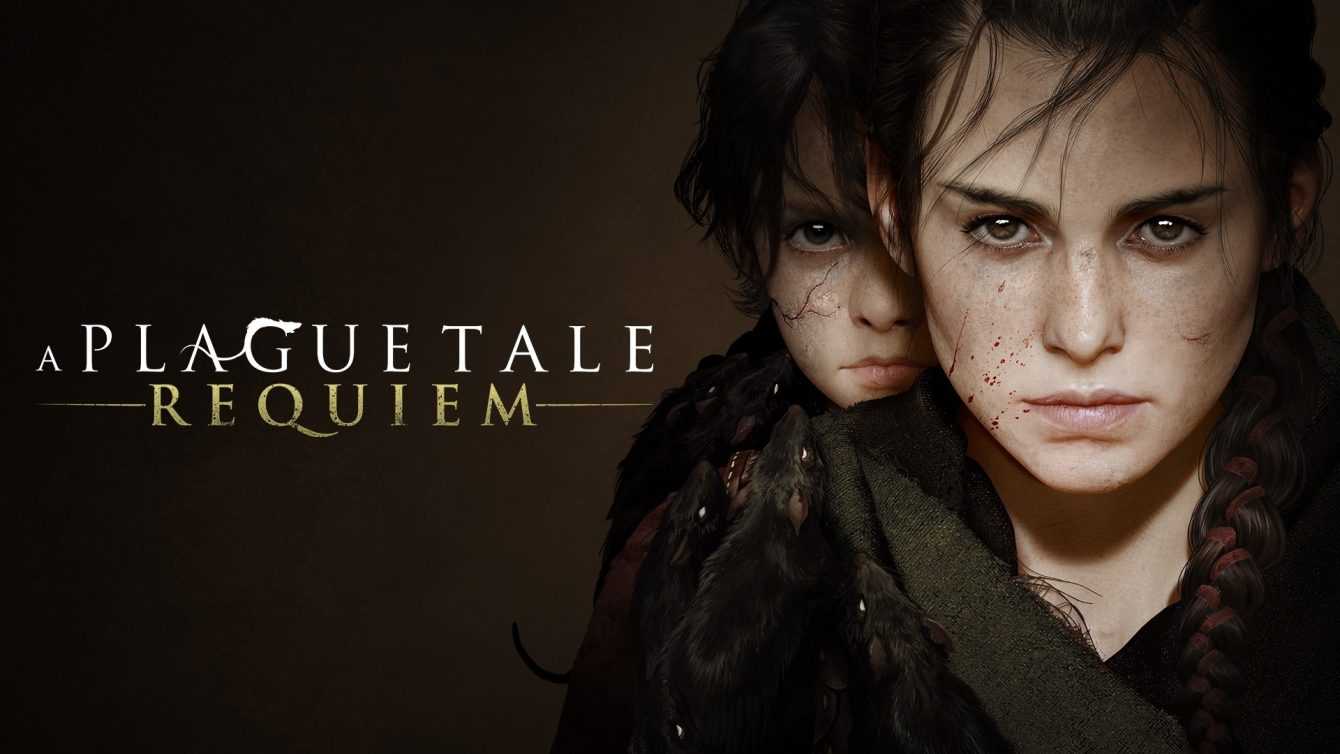 The gaming industry isn’t just made up of AAA. Also team minori The independent they have several surprises in store for this year. As we know the stages preliminary in the production of a game they are always the most important. In fact, it is in these moments that a great deal is posted treatment in the conception of concept. And what better concept of impersonating a cat that wanders intrigued e scared through a city futuristic e decadent? This is Stray, third person adventure developed by BlueTwelve Studio coming later this year.

Speaking of upcoming titles instead, Sifu represents a breath of fresh air in the field of third-party action beat ’em up. In this adventure with the flavor of vendetta, we will have to make our way through hordes of pissed off enemies Kung Fu. Side note, whenever we lose our lives, we will return aged but much more essays. 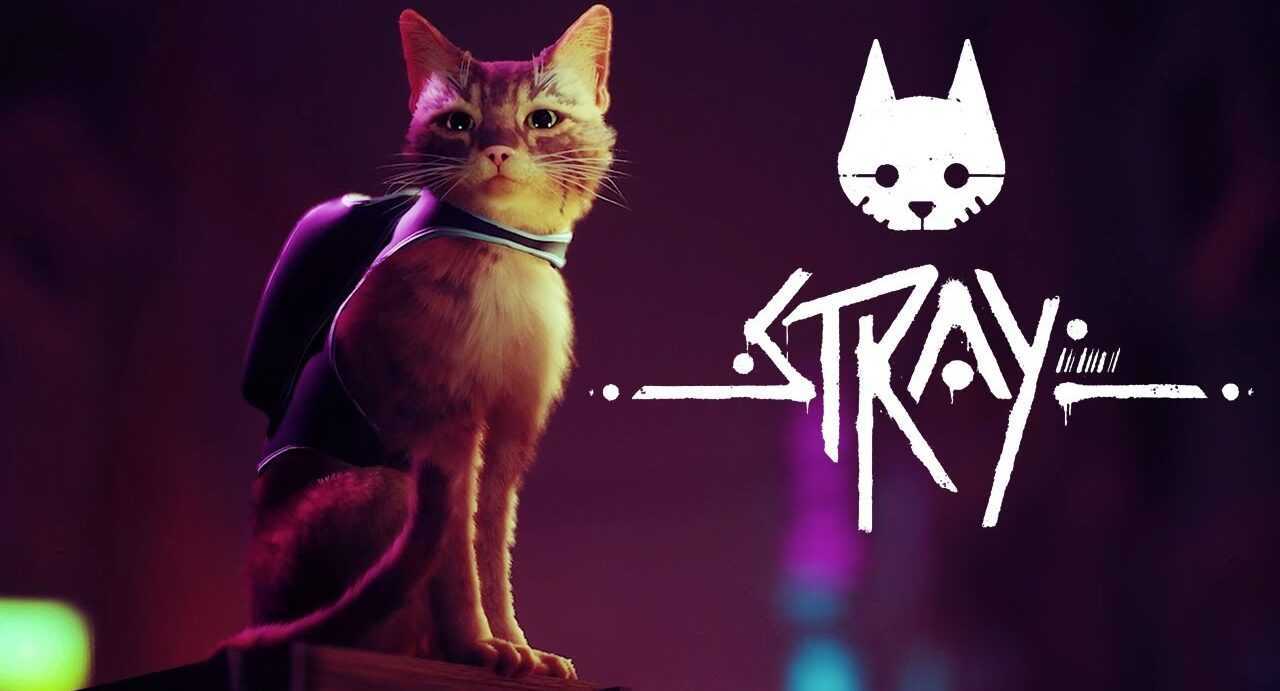 The Serie Final Fantasy returns this year with a new chapter directed by Kazushige Nojima, writer of Final Fantasy 7, FF 8, FF X and FF X-2 among others. The new title, Stranger of Paradise: Final Fantasy Origin, realizes the turning point action of the series and brings it even closer to the latest titles action jrpg best known. Instead, one of the most anticipated novelties of the year is represented by Forespoken. The game partially recovers thefictional “To Final Fantasy” and, with an original and unpublished plot, offers intense battles full of special effects.

Forespoken it is certainly worth keeping an eye on also due to the use of the graphic engine Luminous Engine, the same as Final Fantasy XV. Another upcoming title that promises tons of dismemberments and adrenaline-pumping gameplay is Dying Light 2. The survival horror of Techland pushes beyond the limits of parkour and adds more new combat mechanics. Dying Light 2, coming on February 4th, is the best choice for anyone who wants a title demanding but who knows how to reward the player. 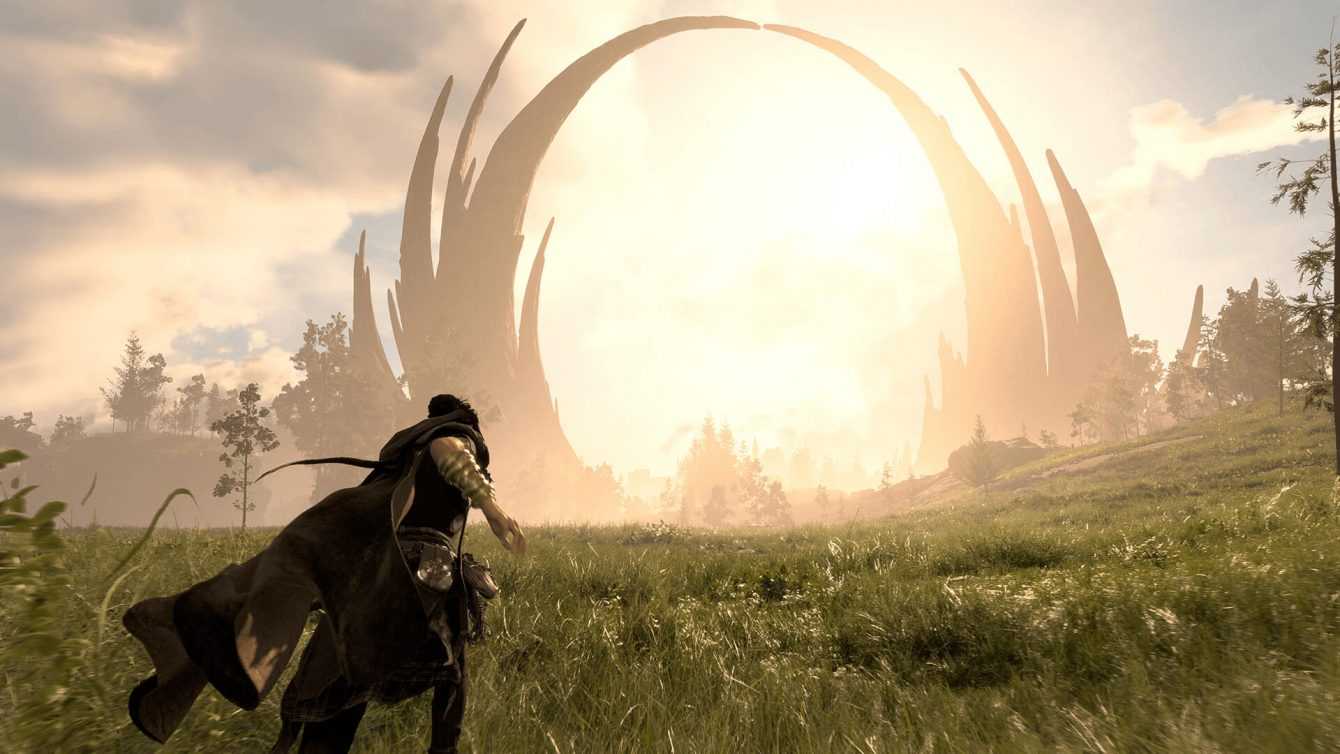 How to forget about Nintendo? The big N has carved out over time a own space (huge) in the market thanks to titles that focus on safety, functionality and public loyalty to its historical brands. One of the potential surprises this year is represented by Arceus Pokémon Legends. The new Pokémon licensed title seems to be evolving structure of the series towards a more imprint action. Arceus will present a totally open and explorable world with similar graphics Zelda.

Players will also be able to to catch the Pokémon in battles visually more similar to the usual ones jrpg in turn. Moving on to a completely different type of audience, Bayonetta 3 is certainly one of the most anticipated returns by fans. Now announced 4 years ago, the fantasy action with colors humorous e sensual has returned to show itself and, even without a date official, theexit for the 2022, obviously for Nintendo Switch. 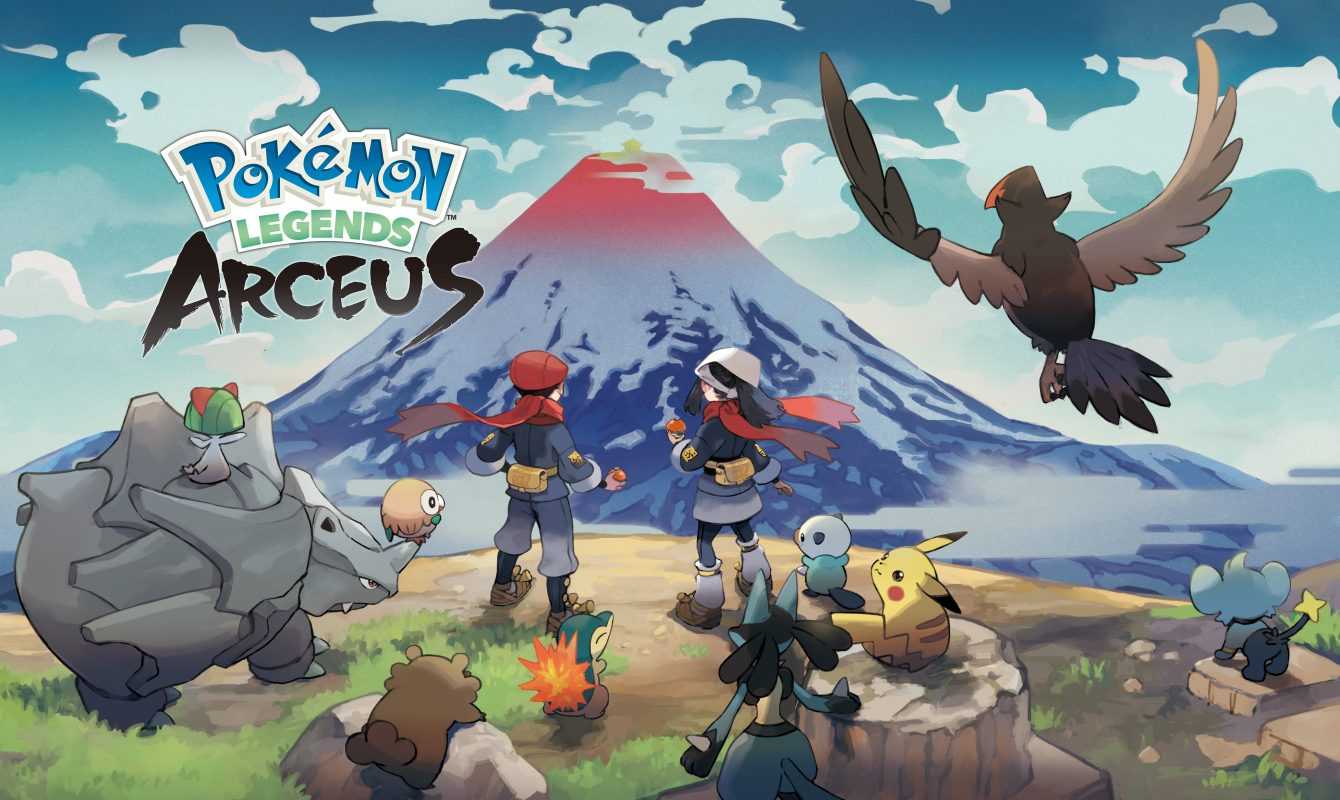 Dreams and hopes for the year

Come to the end of our guide which summarizes all best video games arriving in 2022, now let’s talk about some of our hope, or of those securities whose exit is uncertain and subject to postponement. Hogwarts Legacy it certainly needs no introduction. The title in development at Avalanche and distributed by Warner is one of the most anticipated video games by many players, especially by fans of the Harry Potter. The title will have features from gdr open world and will allow you to play as a magician who must make his way into the magical world of the saga between potions, magical creatures, spells e fighting.

Our hope, of course, is that he will be able to see the light by 2022. As well as another game from one of the IP the world’s most famous cinema and entertainment, let’s talk about Avatar: Frontiers of Pandora. If the universe created by Cameron for cinema has made the hearts of many beat, we look forward to immerse ourselves in the vast open world of Frontiers of Pandora. Unfortunately, the adventure published by Ubisoft does not have a release date yet, but our hope here is to be able to play it by 2022. If we talked about Final Fantasy Origin before, one of our dreams would be to see it distributed within the year the expected Final Fantasy XVI. 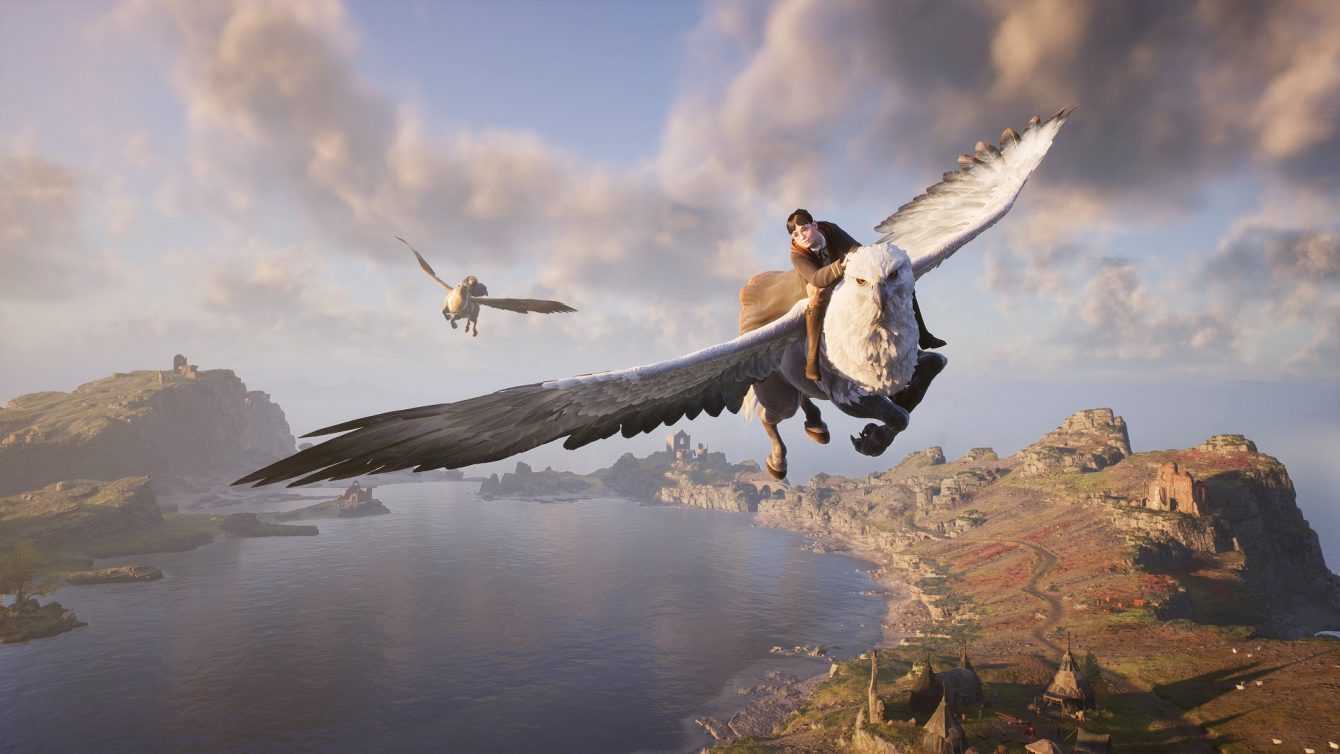 However, we know that the new effort of Yoshida will not see the light anytime soon, as the team is taking del weather to create a version of the game up to expectations. One of our last dream would be to see the rebirth, like a modern phoenix, of the brand Cyberpunk 2077. During the year CD Projekt is planning the release of several updates important, as well as the publication of dlc related to history, this would be a perfect opportunity for bring back up the name of a title as much discussed as mistreated from the public.

To buy securities in Discount, go to our Instant Gaming link! For other guides, news or reviews, follow the pages of TechGameWorld.com.

King’s Bounty 2 review: those who don’t die see themselves! 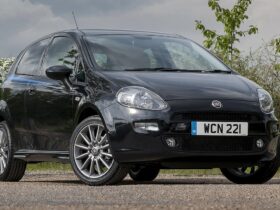 FIAT Punto, the story of the most popular small car in view of a sensational return

devolo: open-air home cinema without interruption to follow the Azzurri