Maxi fine of 1 billion and 128 million euros for Amazon, sanctioned by the Italian Antitrust. More specifically, the Competition and Market Authority sued the companies Amazon Europe Core, Amazon Services Europe, Amazon, Amazon Italia Services and Amazon Italia Logistica for the violation of art. 102 of the Treaty on the Functioning of the EU. Apparently, these would have violated the regulation that prohibits “the abusive exploitation by one or more companies of a dominant position on the internal market or on a substantial part of it”.

Basically, according to the Authority, Amazon holds a position of absolute dominance of brokerage services on the marketplace. And this would have allowed him to favor his own logistics service for the resellers active on the platform. All to the detriment of competitors. By doing so, therefore, it would have further strengthened its position of dominance. A strategy that cost Amazon a very steep fine. But let’s take a closer look at what happened.

Amazon and Antitrust: what happened?

The Italian Antitrust points the finger on Amazon companies. These would have associated the use of its logistics service with a series of advantages that would allow retailers to have greater visibility and sales opportunities. Among these, first of all, the possibility to exhibit the “Prime” label. According to the Authority, in fact, this would make it possible to “sell more easily to the most loyal and high-spending consumers adhering to the homonymous Amazon loyalty program, and to participate in the famous special events managed by Amazon, such as Black Friday, Cyber ​​Monday, Prime Day “. Thus increasing the possibility that “the seller’s offer is selected as a Featured Offer and displayed in the so-called Buy Box”.

This means, in some way, the company would have prevented sellers from associating the “Prime” label to offers not managed by its logistic service. And these, as reported by the Authority, are essential features for the success of the sellers on the platform. Especially considering that sellers who use Amazon’s fulfillment service do not apply the same performance measurement system applied to sellers who do not use it. And this is really a sore point, especially since sellers often risk account suspension if they do not meet the standards set by Amazon. Indeed, this has done nothing but damage competitor logistics services. And this would already be enough to understand the reasons for the maxi fine to Amazon.

Amazon: fine of over 1 billion euros for European companies

But that is not all. According to the Antitrust, in fact, Amazon’s attitude would have significantly damaged competing marketplaces. “Due to the cost of warehouse duplication, sellers who adopt Amazon’s logistics are discouraged from offering their products on other online platforms, at least with the same breadth of range.” Thus writes the Authority in its report. Therefore, considering the violation of EU regulations, the Authority imposed a fine of over 1 billion euros on Amazon. And it has imposed on the platform a series of measures that are waiting to be subjected to a monitoring trustee:

“Amazon will have to grant all sales and visibility privileges on its platform to all third-party sellers who know how to respect fair and non-discriminatory standards for fulfilling their orders, in line with the level of service that Amazon intends to guarantee Prime consumers. Amazon will have to define and publish these standards and, starting one year from the decision, refrain from negotiating with the carriers and / or competing logistics operators – on behalf of the sellers – rates and other contractual conditions applied for the logistics of their orders on Amazon.it, outside of FBA ”.

In short, the Antitrust makes itself heard loud and clear. Not surprisingly, the Amazon case was defined as “an example of successful coordination between the European Commission and the Italian Competition Authority, which was ideally placed to conduct a’separate investigation on Amazon’s conduct in Italy “. Of course, we don’t know how happy society will be with this. But the competitors are undoubtedly enthusiastic. 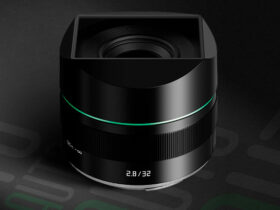 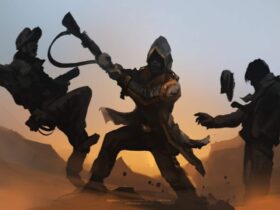 Encased is officially available on Steam, GOG and the Epic Games Store 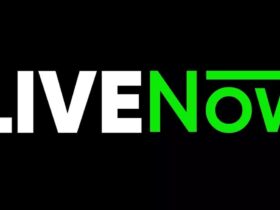