For a few months now, Amazon has launched the new one Amazon One biometric identification system. This system is used in Amazon’s physical stores, scattered in several American states, to allow users to pay with the recognition of the palm. The company relies heavily on this system and has already installed palm scanning scanners in a large number of retail outlets. However, some American senators have contacted Amazon to obtain more information on Amazon One data processing.

A group of US senators recently wrote to the CEO di Amazon, Andy Jassy. At the heart of the communication is the request for more information about the management of biometric data of Amazon One users. The palm scanning system represents an important Amazon project that has already installed scanners in several stores within a few months of launch.

The requests of the senators

US senators are interested in learning about the management of biometric data of Amazon One users. In particular, among the requests received by the CEO, there would also be a request to provide details on future strategies related to biometric payment. The possible is also to be evaluated use of biometric data for advertising purposes.

We will see what the future developments of this investigation will be. Of course, Amazon intends to focus again on the palm recognition system, encouraging it in various ways. The company’s physical stores will continue to offer this system, officially launched at the end of last year. 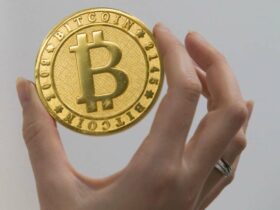 Bitcoin is more profitable than Tesla and Netflix

Oppo Courting the Color: giving a second life to images

PS Now: a leak would reveal the possible games of July