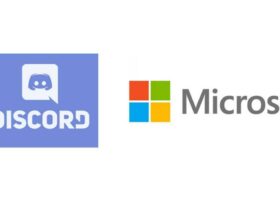 In an Apex Legends teaser trailer you can see the silhouette of a mysterious character, new announcements for Season 9 coming?

Respawn may have just teased the next one character playable of Apex Legends, which will arrive on the battle royale during the Season 9. In the new trailer that celebrates Apex Legends that surpasses the 100 million players, you can glimpse the dark outline of an unknown shape. Let’s see all the details about it in the next lines of this article.

Apex Legends: here is the teaser trailer in which you can see the alleged character arriving for Season 9

The crucial moment (the one that would leave hope for the arrival of a new one character for the Season 9 of Apex Legends) is at 0:43 in the new trailer that we propose in the tweet below. In that instant, one glimpses mysterious figure in shadow, leaping from a tower and starting to fly upward.

No character in Apex Legends currently possesses that level of mid-air levitation ability – the closest it is Horizon, whose passive ability allows her to use jump jets to better maneuver herself as she falls. But as seen in this trailer, the shadow character is not falling, he is rather ascending to the top. We don’t know much about the new Apex Legends season 9 character, albeit the game director Chad Grenier reported that Titanfall fans will appreciate what they see in the season 9.

In the trailer, we also see a ‘brand new area on what it looks like Kings Canyon. It’s hard to tell: the area flashes for a brief moment (about half a second) immediately after the shadow appears. Technically it could be a completely new map, but it seems unlikely given that Respawn has currently only added new maps during the last few seasons of each year (Season 3 in Year 1 and Season 7 in Year 2), so that would be a little too soon. to add new content of this kind.

Regardless, something is about to make its debut in Apex Legends, that’s clear. The trailer ends with an anticipation that a new announcement will arrive on April 19, roughly halfway through the current limited-time War Games event and just before the end of season 8 and the start of season 9.