Apple has filed the patent for a thin but strong zipper: one more step towards the arrival of an eventual iPhone pieghevole (which someone on the net already calls iPhone Fold). According to Apple documents, the hinge uses a combination of fibers from different materials to increase strength.

Apple patents a hinge for a foldable iPhone

The patent is called “Electronic devices with movable composite fiber hinges”. Like any patent, it guarantees ample room for maneuver to the manufacturer to ensure that any changes are covered in the design phase. But it becomes impossible not to think of a Foldable iPhone when the document speaks of “electronic device which may have a flexible layer such as a flexible display that dominates the hinge structure “. However, the extremely technical language of the patent could also refer to a future MacBook or any other device that needs a strong hinge. 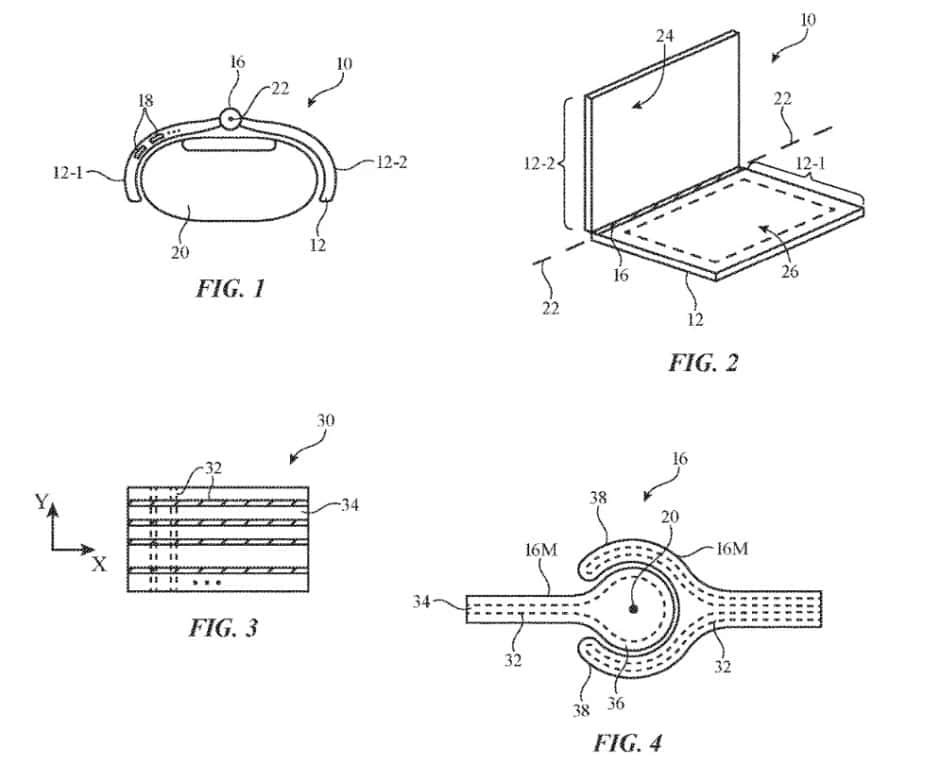 The documents explain how to incorporate mechanical hinges into devices is complex, because it is necessary to find the right compromise between functionality and design. Use amalgam of synthetic fibers described in the patent would allow Apple to take up less space while keeping the position of the devices stable at each opening angle.

The arrival of a foldable iPhone has long piqued the attention of industry experts. Especially after analyst Ming-Chi Kuo revealed that Apple plans to sell from 15 to 20 million iPhone Fold (or whatever the name of the leaflet is) in 2023. According to rumors, the device is expected to open to show a 8 inch OLED panel built from Samsung.

But if Apple is banking on the Korean experience for the panel, it seems that the folding mechanism wants to design it in-house. We will keep you informed if new information about this product arises.