A new iPhone pieghevole it might be on the horizon, but it looks like Apple is still testing several prototypes and remain uncertain. Display technology Cupertino is not entirely convincing, which also fears there is not a profitable enough market share for these devices.

According to the leaker’s latest rumors Dylandkt, it seems that Apple is preparing the way for the launch of a possible foldable iPhone, testing different prototypes and designs. But at the moment the management of Cupertino prefers to stay in observe the evolution of the market, fearing that the general public may soon lose interest in this form factor.

Despite Samsung’s successes with the Galaxy Z Fold3 and Flip3 lineup, Apple is still not certain that the market is ready for the arrival of an iPhone that folds. Furthermore, according to Dylandkt, the Apple wants to launch a device on the market only if it is 100% convinced that the foldable version of the iPhone is the best possible. Not an alternative to the top of the range, but the real new smartphone to beat.

In addition to the doubts regarding the commercial aspect, there is the technical one. It seems that Apple does not judge the technology of folding screens to be sufficiently advanced. Despite this, analyst Ming-Chi Kuo recently explained that Apple could launch an iPhone with a display from 8-inch QHD + OLED in 2023. Display expert Ross Young thinks a more likely date is 2024.

In any case, if the rumors about the iPhone Fold have been circulating since 2016, in the last year they have become increasingly insistent. Maybe even for the excellent results from Samsung in the field, which has several times provided screens also for iPhones.

Almost certainly, the news will continue to arrive. Until Apple decides to discard the project or that the market is ready for a foldable iPhone. We will keep you informed.

Halo Infinite: revealed the number of missions in the campaign 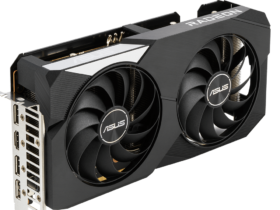