When it seemed now a very sweet memory of the past, Aston Martin V12 Vantage has decided to return. A video teaser has in fact made official the return of the 12-cylinder engine under the hood of the new generation of Vantage, for what will be a ‘Ultimate Edition. The specifications of the new V12 Vantage have not yet been disclosed, only its incredible sound …

The Vantage is the smallest and sportiest Gran Turismo of the Aston Martin range: it sits under the beautiful DB11 and DBS Superleggera, and offers the customers of the House of Gaydon an experience luxurious but sporty and dynamic. The name it bears, then, is one of the most loved within the Aston Martin world. The first V8 Vantage of 1977 it was in fact the first car of the English house to show off a V8 engine, detaching itself from the previous in-line 6 cylinders seen up to then. The V8 Vantage first series is then one of the most important cars of 2021, as it was the co-star of the acclaimed 25th James Bond film, No time to die.

The second generation of modern Vantage, launched in 2018, replaced the beloved first generation of the new era of Vantage, born in 2005. More modern, more dynamic in look and more technological, under the hood it has always sported the 4.0 V8 Biturbo derived from Mercedes-AMG. A vigorous, charismatic and very bad engine, which has done justice to a car that is beautiful to drive but also capable of being as comfortable as a luxury sedan. Compared to the first generation, therefore, the new Vantage has been an improvement in every aspect, but it still lacked something: a V12. 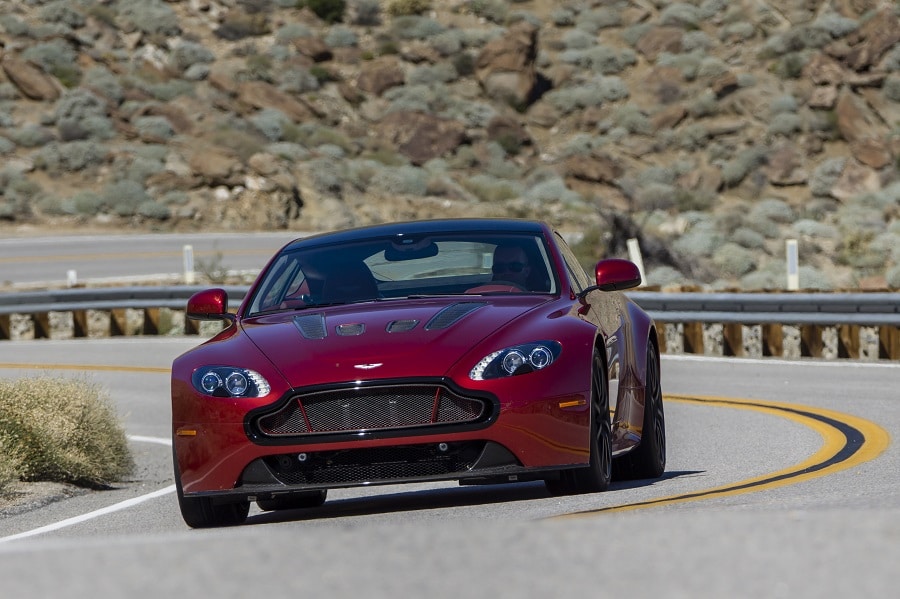 The most desired and admired version of the previous generation was in fact the insane Aston Martin V12 Vantage. Under the hood of the small sports car, Aston Martin technicians managed to replace the 4.7 V8 with a huge one 6.0 V12 naturally aspirated taken directly from the Aston Martin DBS on a DB9 basis. The power was 517 hp, and the gearbox a 6-speed manual. Lightning fast (0-100km / h in 4.2s, 317km / h top speed), very bad and beautiful, with that hood full of extra vents, the V12 Vantage was the version to have.

The new Aston Martin V12 Vantage will be twin-turbo, and very bad

And today, after 4 years of career of the second generation of Vantage and almost 5 years after the departure of the previous V12, there is the unexpected return. With the increasingly stringent Euro 7 regulations in sight, it now seemed impossible to see a new V12 Vantage. Indeed, Aston Martin itself has stated that the next generation of Vantage will arrive in 2025 and will be either plug-in hybrid or all-electric. Despite this, however, this morning Aston Martin released a press release of only 24 words, but more striking than any other. “You have heard of it. And you will hear more of it. V12 Vantage. Not just a limited edition, but a final edition. Which will return in 2022. ” They also disclosed a video where you hear the roar of the V12: music, Master.

Simply put, Aston Martin has said what millions of fans around the world have been waiting for, the return of the Aston Martin V12 Vantage. We don’t know anything else about her, neither her aesthetics nor the list price. Instead, we can already make assumptions about yours motor. Established that it will, of course, be a 12-cylinder V, the engine chosen will be l’AE31, the 5.2 biturbo launched by Aston Martin in 2016 on the DB11. Made entirely in-house by Aston Martin, this V12 has already proved to be very powerful and very bad, and above all it will not be the first time it is wedged under the hood of a Vantage. 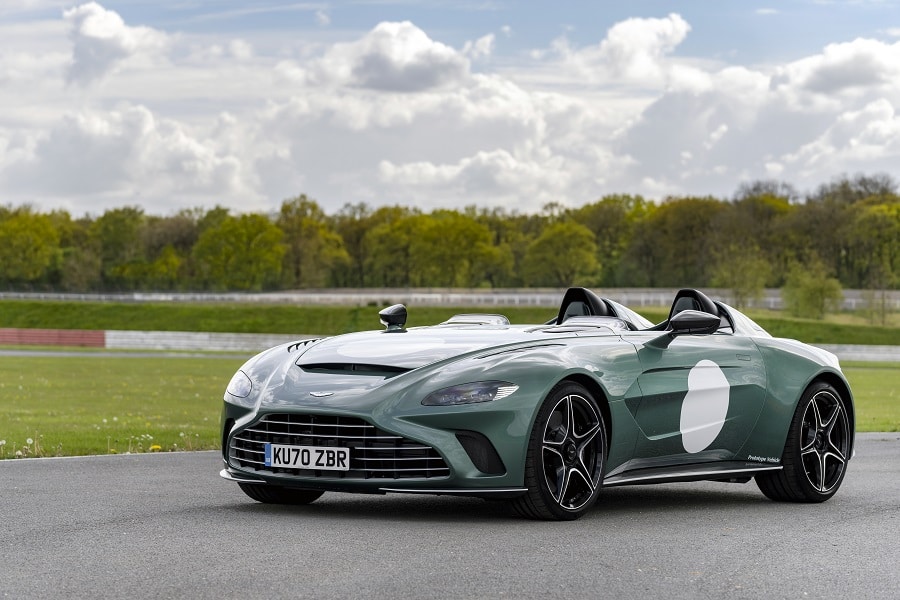 This year, in fact, Aston Martin launched the sportivissima V12 Speedster. This car, built on the basis of the V8 Vantage, is essentially the British sports car without a roof and windshield. Under the hood, on the other hand, we find our 5.2 V12 biturbo with 700 HP and 753 Nm of torque. This is therefore a first clue to how powerful the new V12 Vantage can be. The V12 engine is sure to be more powerful than the V8’s 510hp, and it should sit back between 700 HP of the V12 Speedster and 725 of the DBS Superleggera. The change? We will probably not see the 7-speed manual made by the Turin-based Graziano Trasmissioni, but a faster one 8-speed ZF automatic.

The new V12 Vantage will be a final edition, with other new features

In addition to the 12-cylinder engine, the car’s true star, there will be others Announcements inside this new Aston Martin V12 Vantage. In fact, it is rumored that Aston Martin will launch its own on the occasion new infotainment system, and that the aesthetics will match the heat of that 12-cylinder under the hood. Finally, we just have to know when it will arrive, and how many Aston Martin V12 Vantages will be produced. The House of Gaydon hasn’t released a price, but we expect it to be around 230,000 euros, corresponding to the psychological limit of 200,000 British pounds. Finally, Aston Martin has specified that this will not be a limited edition, but one Final Edition, a Final Edition.

This should mean that it will not be a real numbered edition, but one special series that wants to celebrate what will probably be the last appearance of the V12 biturbo on a Vantage. As mentioned, in fact, the restrictions of the Euro 7 regulations will be incredibly stringent, and the next Vantage will be either electric or plug-in hybrid, taking advantage of the mechanical basis of the next Mercedes C63 AMG. TOston Martin has therefore decided that, if we are to say goodbye to the V12, we better do it with a memorable Last Dance. Surely in the coming months we will discover more of the new Aston Martin V12 Vantage, and we are already sure it will be a car we will not easily forget.

Don’t miss our latest articles on the world of Supercars!