The conference of ASUS, focused on the launch of notebooks dedicated to creatives. The Taiwanese company has come up with a line-up that was as complete as possible, including peripherals and components that will delight anyone who focuses on performance and color accuracy and fidelity. However, two announcements in particular captured the attention: the new ones ProArt Studiobook 16 e 16 Pro e i Vivobook Pro. Are they really that interesting? To find out, we went to the new ASUS Gold Store, located in Milan, to touch these news firsthand.

ASUS ProArt Studiobook 16 / Pro 16: for the most demanding creatives

ASUS ProArt Studiobook 16 e Pro 16 they are undoubtedly the most expensive notebooks presented during the Create The Uncreated event. The price starts of 2,049 € therefore we are faced with economically demanding but extremely armored laptops. 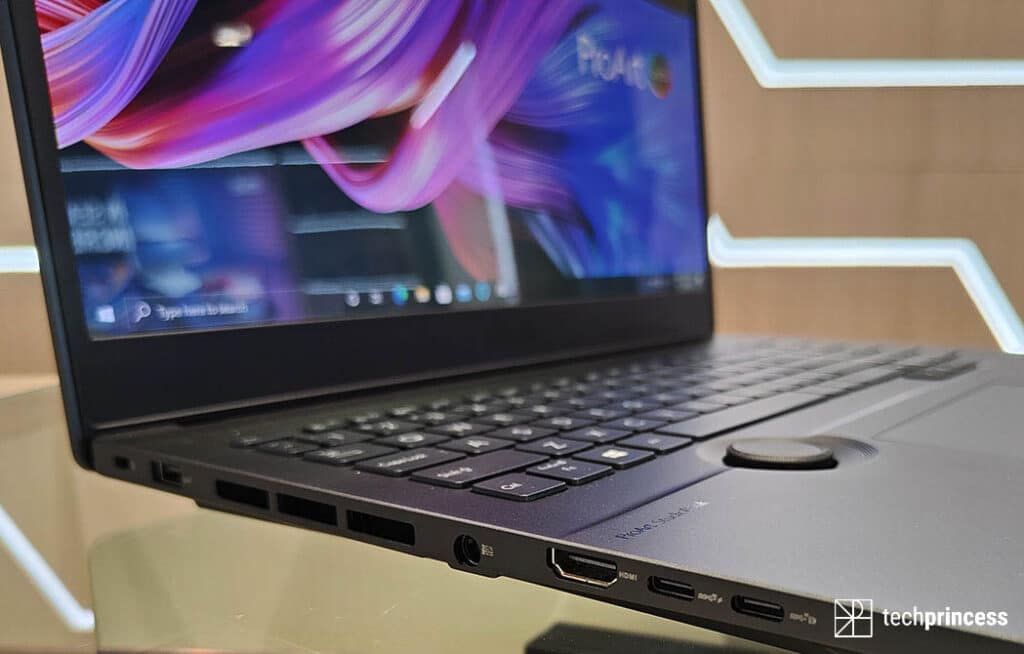 We speak in the plural because in reality the two laptops are very similar. In fact, under the body we find the processors AMD Ryzen 5000, a 16-inch OLED display, up to 64GB of RAM and all the connectivity you need. To distinguish them we think only the video card, with the Pro 16 using an NVIDIA RTX A2000 and the ProArt Studiobook 16 that instead adopts the NVIDIA RTX video cards of the 30 series up to the 3070. 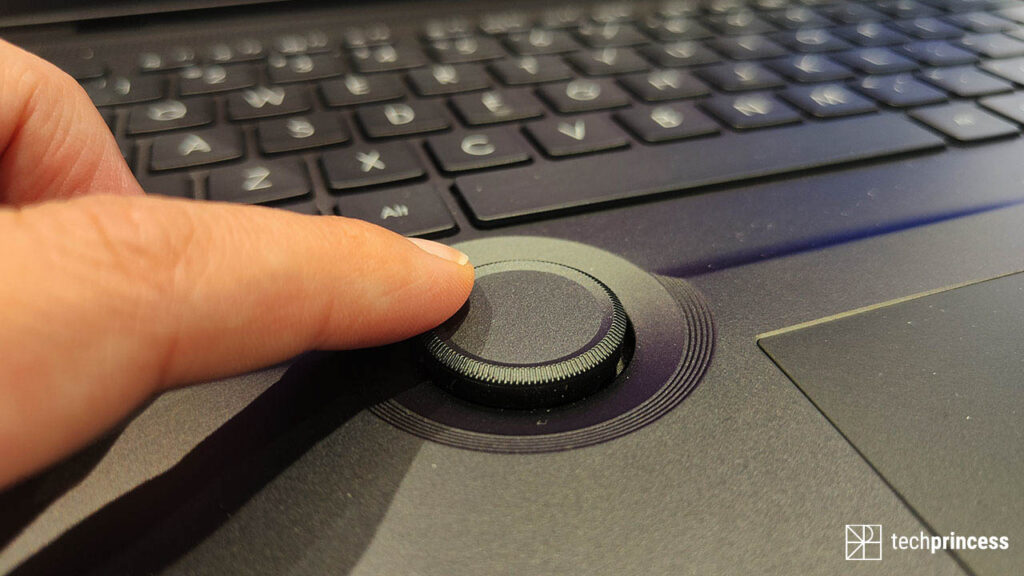 To distinguish it from the competition, however, is theASUS Dial, a rotating bezel that can be customized using the dedicated software and that can come in handy both in the management of the operating system and within specific software. A few examples? ASUS Dial allows you to quickly adjust the volume or raise and lower the brightness of the display but also to quickly move through the Adobe Premiere Pro timeline or select the right tool in Photoshop. It is therefore an addition that can really simplify your work.
The position is really well thought out. It’s handy both when you’re using the touchpad and when typing with the keyboard. Don’t worry, it doesn’t steal precious space for your hands and wrists and you won’t lean on the ASUS Dial by mistake.

To ensure the greatest possible versatility the touchpad of ASUS ProArt Studiobook 16 and Pro 16 has a third button. An additional central button that you can customize to suit your needs. 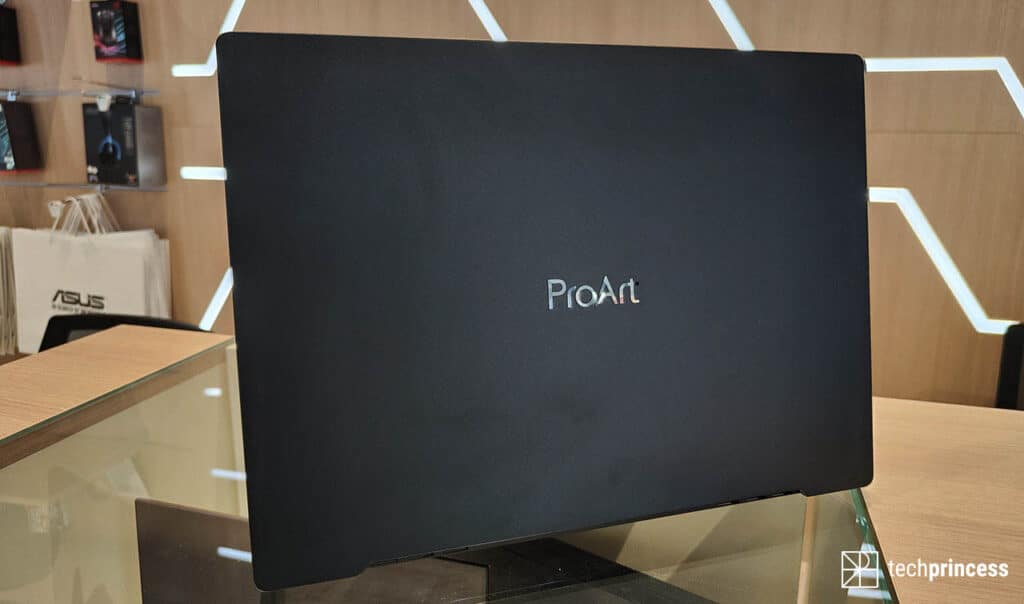 And the design? Elegant, sober and with the silver ProArt lettering located on the lid of the laptop. Attention instead to the weight: we are around 2.4 kg so transport is not particularly easy.

Unfortunately we have not had the opportunity to test the performance of ASUS ProArt Studiobook 16 and Pro 16. To do so we will wait for the launch, scheduled for the month of November.

Vivobook Pro 14X and 16X: a touch of color to stand out

The Vivobook series has been ASUS’s young line up to now, the one with colorful and performing notebooks. Today the family is expanding and making room for Vivobook Pro, products that wink at creatives without dramatically raising prices. 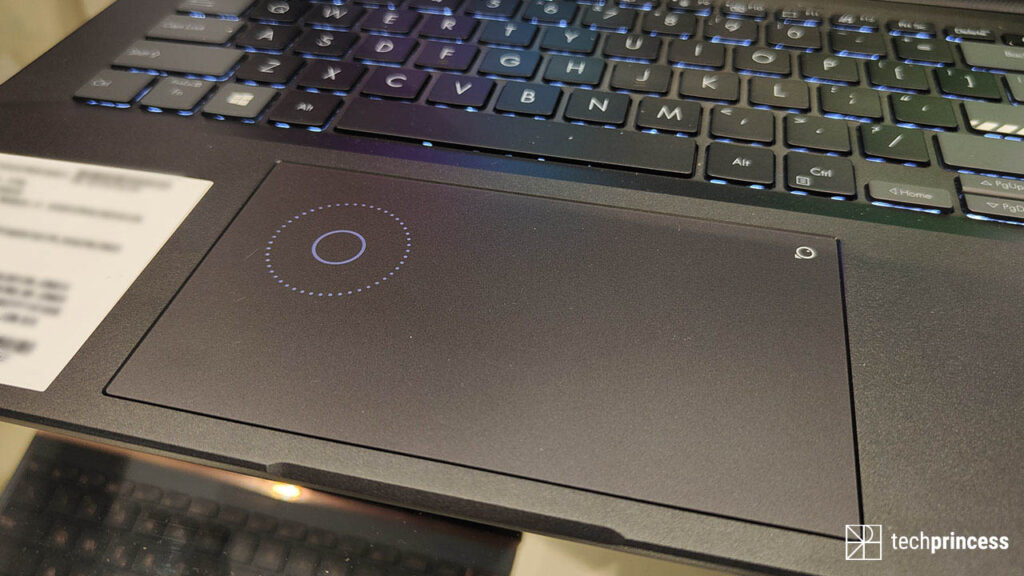 The new ones belong to this family Vivobook Pro 14X e 16X which are distinguished by the presence of DialPad. If you are familiar with ASUS products, you will know that over time the company has released products that incorporate a particular technology. Think for example of the NumberPad: a single button turns a notebook touchpad into a numeric keypad. In the new Vivobook Pro 14X and 16X we have a similar system which, however, recalls a digital dial. The operation is identical to that of the ASUS Dial seen on ProArt Studiobook 16 and Pro 16, which means that you can use it to manage the operating system or work environment. It seems a little less immediate and comfortable than the physical controller seen previously but the usefulness is undoubted. 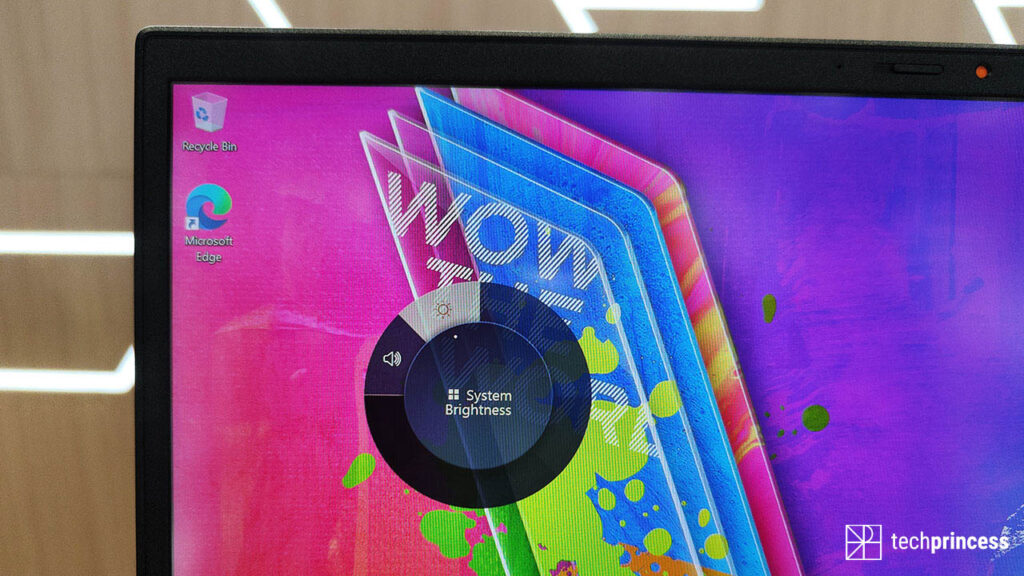 What else do Vivobook Pro 14X and 16X offer? There are several upcoming configurations, with both Intel and AMD processors. Also available is the NVIDIA GeForce RTX 3050 card, up to 1 TB of internal space and up to 32 GB of RAM.
The display instead is a 16-inch OLED with 4K resolution and 100% DCI-P3 color space coverage. 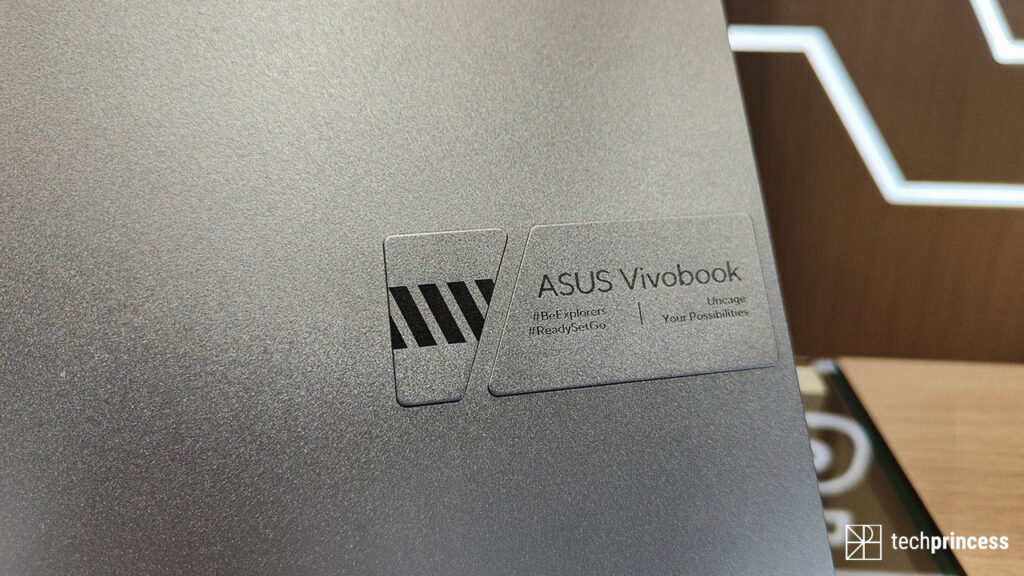 We conclude with some considerations on the design that we really liked. First of all, the lid no longer features the ASUS inscription engraved in the body but a plate with the inscription ASUS Vivobook that goes to underline the identity of these laptops. Inside we find instead the ESC key colored red. A small gem that, together with the texture of the Enter key and the different colors of the side keys, really gives personality to Vivobook Pro 14X and 16X.

The new Vivobook Pro X will be available from October starting from € 1,199. 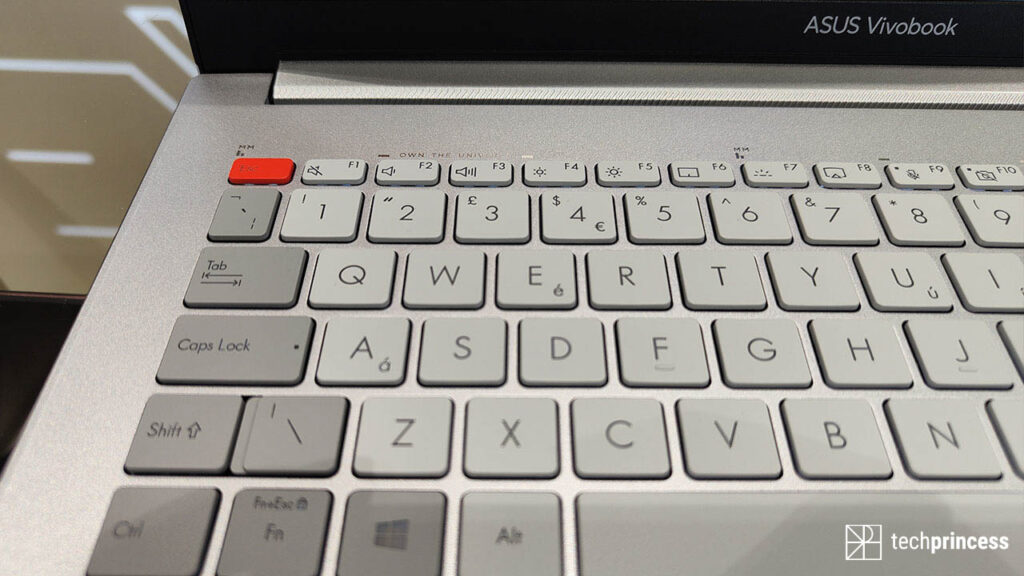 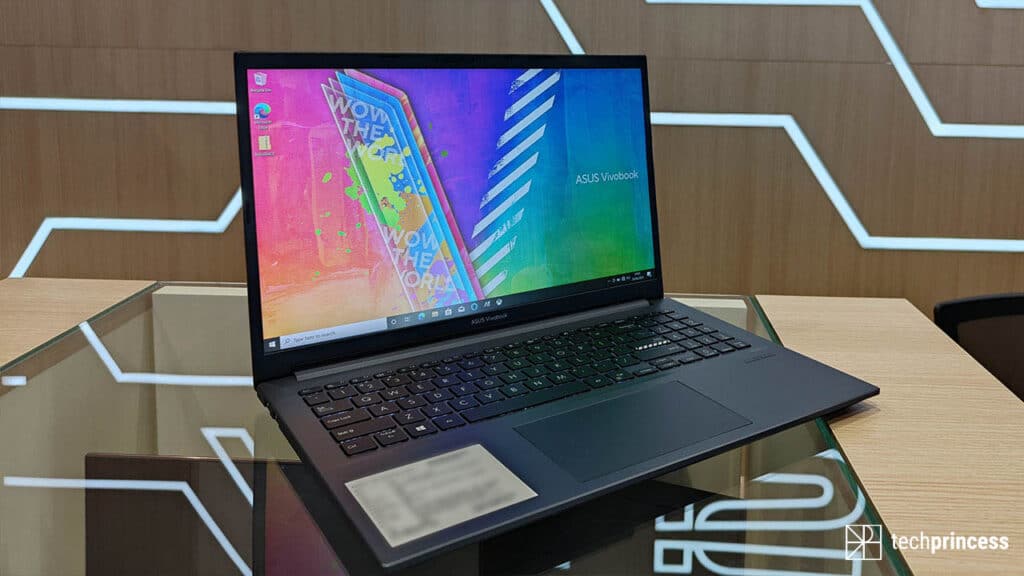 The Vivobook Pro 14 and 15 boast in fact a 14 or 15-inch NanoEdge OLED display with a resolution of 2.8K or 4K. We also have Harman / Kardon audio, AMD Ryzen 5000 H series or 11th generation Intel Core i5 / i7 processors, up to 32 GB of RAM and up to 1 TB of space with the possibility of also having Intel Optate Memory H10. In short, he really doesn’t lack for anything. 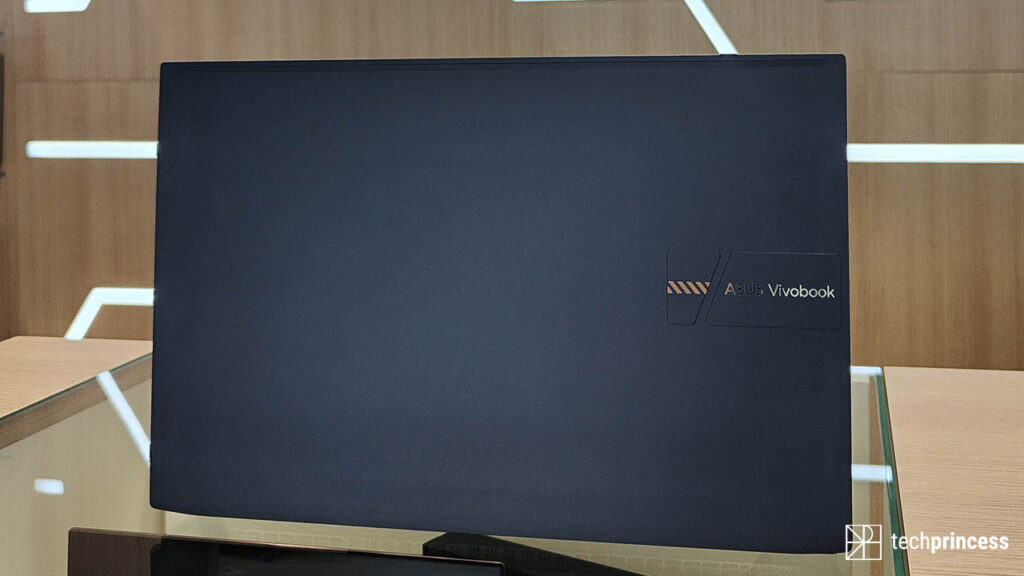 All this is then collected in a minimal design, which reproduces the same external plate seen on the 14X and 16X models. The weight is also low and perfect for those who work on the move.

The Vivobook Pro will arrive on the market in October with a starting price of 919 €.