Today is an important day for passionate rally gamers. In fact, the highly anticipated WRC 10, the official videogame of the FIA ​​World Rally Championship, is released. Let’s start the engines and dive into the official trailer, discovering interesting curiosities about the realization.

There are many reasons why WRC 10 is such a highly anticipated game among fans. In addition to being the official title of the FIA ​​World Rally Championship, indeed, the videogame celebrates 50 years of the competition. It is no coincidence that the title allows players to relive well 19 historical events of the event. Enthusiasts will thus be able to get on board and drive in six historic rallies, including the legendary Acropolis Rally (Greece) and the Sanremo Rally (Italy). Not only that, but they will be able to do it aboard the most iconic cars of the WRC: Alpine, Audi, Lancia, Subaru, Ford, Mitsubishi, Toyota and many others. Below are the first images from the gameplay.

The gaming experience is extremely realistic thanks to the fidelity with which they have been the physical and aerodynamic dynamics of the vehicles are reproduced. Players will be able to face a renewed mode Career, which offers the possibility to create your own team. Cars are also highly customizable, with the introduction of new liveries. Numerous free updates are expected in the following months. These should, in addition to introducing new cars, feature timed celebratory events.

The importance of sound performance

Among the particularities that accompany the release of WRC 10, there is certainly the incredible rendering of details. In particular, there is what makes the entire gaming experience extremely immersive, it is the sound rendering. Thanks to an exclusive video by Nacon, which together with Kiloton produced the game, we can admire how the filming of the videogame sound sector was made.

WRC 10 is now available on PlayStation 4, PlayStation 5, Xbox One, Xbox Series X | S, PC. The game will later also be released on Nintendo Switch. For more details, please refer to the official website. 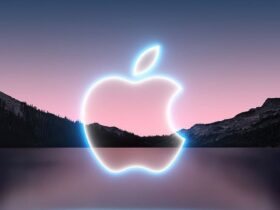 iPhone 14: renderings of the next Apple device leaked online

Michelle Yeoh: confirmed in the cast of The Witcher: Blood Origin