Audi is preparing to challenge the Dakar desert and its very high temperatures with a specially developed RS Q e-tron with an innovative six-circuit cooling system. One of the priorities of the engineering team that created this “hybrid” vehicle was to keep both the driver and the entire mechanics of the car cool, making temperatures that are normally unbearable (for both) tolerable.

To achieve this, Audi has implemented a complex cooling system that we are going to explain.

“Audi has never been to the Dakar Rally. The first thing we asked ourselves was: how to expel the heat from the car? “, said Sebastian Fröber, the engineer responsible for the cooling systems. “It all started with CFD simulations for the aerodynamics of the entire vehicle. Then we designed the individual cooling systems. ” Helping was Audi’s experience in developing complex cooling requirements, such as in the three-time Le Mans winner R18 e-tron 4. or for cars competing in Formula E. However, the goals differ significantly: in the Le Mans sports car, maximum aerodynamics and efficiency had priority, while the prototype that has to travel in the desert needs the best possible heat dissipation.

As you can imagine, the heart of electric traction is the high-voltage battery system. To keep it at the right temperature, Audi uses a coolant called Novec, which does not conduct any electric current. This low-temperature circuit has a cooler under the front hood.

One MGU transfers its energy to two other MGUs: one drives the rear wheels, the other drives the front. When the power flow is reversed, i.e. during braking, both units recover energy and feed it back into the battery. These three MGU modules are connected to each other via their own low temperature circuit.

There is also an oil cooling circuit in the left front air duct in front of the low temperature radiator. Power steering hydraulic oil, which is heavily loaded during off-road driving, circulates within it. The system also provides the two jacks on the right and left side of the vehicle that take care of lifting the car if damage to a tire forces the crew to change wheels.

IThe air conditioning condenser is also located in the right front air duct. The drive system of the Audi RS Q e-tron also includes an energy converter, which Audi refers to as the “Range Extender”. The highly efficient TFSI engine, which is arranged transversely behind the front passenger seat, has a fluid circuit with a radiator. An engine oil circuit is thermally connected to this system via a heat exchanger.

The exhaust gas turbocharger requires a second cooling system: the compressed air that is drawn in flows into the engine through an intercooler. The liquid cooler and intercooler are located next to each other above the rear axle. The roof vent divides the airflow between the two radiators. “In difficult passages, for example when crossing the dunes at low speed, it may be that this air flow is not enough “, Spies Sebastian Fröber. “For this reason, behind each of the two coolers there is a fan, which can extract the hot air if necessary”. This warm air comes out at the rear of the Audi RS Q e-tron.

The cooling system of the Audi RS Q e-tron is designed for the most demanding loads. “During the last tests in Morocco in November, unload Sebastian Fröber, Carlos Sainz crossed the soft sand of a dry river bed (a “wadi”) with the vents deliberately taped to block the flows. All systems worked perfectly ”. 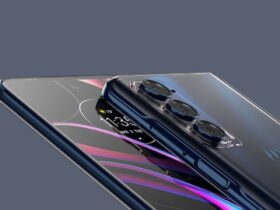 The new Motorola Edge is about to arrive

Elden Ring: George RR Martin talks about his work behind the game 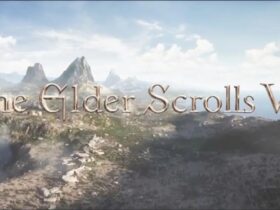