A biopic about Audrey Hepburn, which will be interpreted by actress Rooney Mara, produced and directed by Luca Guadagnino, arrives on the big screens

In the months preceding this part, we were able to ascertain that soon on the big screens, there will be several biopics, on the life and history of great and famous stars, such as, for example, Tom Holland for Fred Astaire e Chris Evans per Gene Kelly.

But not only that, because in this early 2022 another great biopic has been announced, the one that perhaps many were waiting for, on the great and infamous, Audrey Hepburn known by many for the film Breakfast at Tiffany’s, which will be played by Rooney Mara, actress from the great goodness of soul and a huge heart of gold, the biopic will also be made by the producer Luca Guadagnino for Apple.

(It is not yet known if for streaming, if for the cinema or for both).

The film about the legendary Audrey Hepburn

Audrey Hepburn, has become an icon for many – especially from a completely feminine vision. The image that most remembers the actress are the hair collected in a low chignon, a white pearl necklace (symbol of extreme refinement), a medium-long black dress, tight at the waist to outline the curves of the woman’s body, black heels with a very low tip and a cigarette holder that you keep in almost every scene in the movie to smoke.

The choice to interpret the course of his long life fell on Rooney Mara, precisely for an aesthetic factor. Apart from the height, the physical resemblance is indisputable, of which a bit of makeup will be able to better accentuate all the details, which is why it seems that Rooney has all the credentials to impersonate the icon. Audrey Hepburn.

The unworkable intertwining of the two actresses

The scenography for the Audrey Hepburn biopic, Sara Michael Mitnick. (Although we still don’t know what precise period of his life he will tell).

She is particularly committed to humanitarian assignments for unicef, with whom he helped children of‘Africa, South America and Asia, and for this reason he also received the Presidental Medal of Feedom in 1992.

Rooney Marainstead, he keeps his private life well separated from his public one. (In fact, even today no one has ever seen a photo of his son, which he had Joaquin Phoenix).

Rooney Mara she is very busy on the set, in fact we will see her soon in The fair of illusions – Nightmare Alley by Guillermo del Toro.

But while waiting for the release of this exciting biopic, we at TechGameWorld.com, invite you to watch some beautiful films on the magical Disney + platform, let us know in the comments what you think. 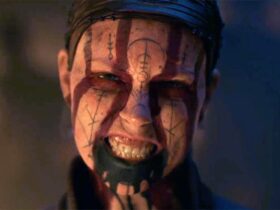 How to organize a funeral with an online price comparator