Baldo: The Guardian Owls is officially available on PC, Nintendo Switch, PS4, Xbox One and Apple Arcade. The game is configured as an adventure RPG with mechanics similar to those seen in The Legends of Zelda and developed by NAPS Team, an independent Italian software house. This title draws strong inspiration from the unmistakable style of the Studio Ghibli and tells the story of an enchanted world and its inhabitants.

Baldo The Guardian Owls is available: that’s what it is

Baldo The Guardian Owls presents itself, as we have seen through the pre-launch trailers, as a colorful game that winks at classic Japanese animation. The reference to the Studio Ghibli feature films are immediately evident and nostalgics raised on bread and enchanted cities will immediately find themselves at ease in this videogame product.

Here is the official synopsis of the game:

“The prophecy came true: the pure child came into the world. The heartless creature imprisoned underground by the wise owls is about to awaken. Meet many nice and slightly eccentric characters in the fantastic world of Baldo, an action-adventure RPG featuring puzzles, challenging game mechanics and intricate dungeons, set in a vast interactive world. Visit cities, discover secrets, collect weapons and buy items that will help you on your adventures ”.

Baldo is developed entirely by an Italian studio, more specifically we are talking about NAPS Team, an independent software based in Messina. Although they are not well known on the international scene, the NAPS Team guys have been active since 1994 and have a very rich curriculum of projects, which go back to the time of Amiga, the console for which they developed Shadow Fighter.

And thought that this latest video game was made by only two people!

Precisely by virtue of the fact that the game is developed by only two people, the aesthetic impact is something surprising, to the point that it seems to be in front of a video game created in collaboration with Studio Ghibli, which inspired the NAPS Team guys.

In terms of gameplay, however, Baldo The Guardian Owls looks like a genre video game puzzle adventure, in which we will be able to explore a vast game world and solve a myriad of puzzles that will test our skills as explorers, a pure The Legend of Zelda style.

The game does not disdain either componente action, given that, like any self-respecting RPG, we will be called to exercise the art of the sword against a varied number of monsters that will attack us during our explorations and that require different combat approaches depending on their nature.

Baldo The Guardian Owls was released on August 27, 2021 per Nintendo Switch, PlayStation 4, Xbox One, Microsoft Windows (Tramite Steam), iOS e macOS, and is currently available at 24,99 €. 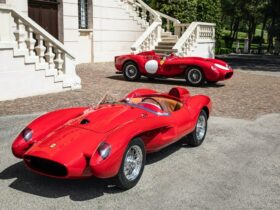 Ferrari Testa Rossa J, a scale replica that can be driven by the richest youngsters 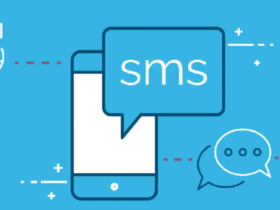 SMS are still alive: their use has been growing by 35% for three years