Battlefield 2042 will be Nvidia’s partner and will support DLSS and Reflex. This was announced by a press release from DICE in the last few hours

Battlefield 2042 will pair with Nvidia: EA and the graphics card giant have announced that Geforce will be the official GPU partner for the upcoming new chapter of the historic first-person shooter series by DICE. This partnership obviously implies that Battlefield 2042 will support some of the most advanced features of Nvidia technologies: the DLSS e Reflex. Let’s see all the details about it in the next lines of this article.

Battlefield 2042: ok for DLSS and Reflex but at the moment ray tracing is still an unknown

The DLSS, Nvidia’s renowned AI-based upscaling technology will be natively supported, along with Reflex, its Battlefield 2042. DLSS should make running the game at high framerates very manageable, particularly considering the technical advancement of Battlefield 2042 compared to past iterations of the saga.

Battlefield 2042 will also exploit Reflex by Nvidia, the low-latency mode that optimizes the rendering pipeline for particularly low input lag. Reflex has already been adopted by numerous competitive games, including Call of Duty: Warzone.

Interestingly, the press release makes no mention of the ray tracing. Battlefield 5 was one of Nvidia RTX’s partner games, having been among the first major titles to support the technology in question. It is still unclear whether Battlefield 2042 will implement ray tracing.

The lack of a single-player campaign in the game, typically developed to showcase the qualities of the game’s graphics engine, may have somewhat “undermined” the value of the ray tracing implementation. After all, multiplayer games don’t always benefit from such technology.

In the same announcement in the last few hours, EA also confirmed that Xbox Series X is the console partner of Battlefield 2042. That certainly comes as no surprise considering that the game trailer debuted on the Microsoft conference stage and that Battlefield games have usually lined up with Xbox.

EA, however, hasn’t announced any special bonuses for playing on the Redmond home consoles. Call of Duty’s PlayStation partnership, for example, guarantees gamers PS4 / PS5 regular free cosmetics and locks one mode exclusively on PlayStation per year. We will no doubt know more as Battlefield 2042 launches on 22 October. 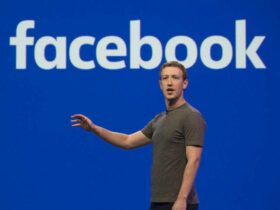 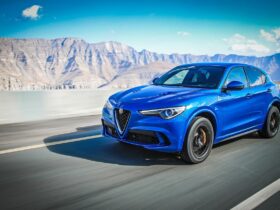 Kimi Räikkönen chooses Stelvio for his life away from the circuits

The Mandalorian: here is the new animatronic of “Baby Yoda”