The futuristic OST of Battlefield 2042 is available for purchase from today on the main digital stores. Meanwhile, the interview with the two composers arrives on the EA blog.

Battlefield 2042: Official Sound Track of the game is officially released

The expectation is growing for the official arrival of Battlefield 2042, whose release date is set for November 19. As we approach this date, the developers are updating the blog posts with the Battlefiend Briefings. Today’s theme is about music, and how the futuristic soundtrack makes the game even more immersive.

For the occasion, some exclusive songs were also presented, which can be listened to for free in streaming. The entire OST is available for purchase starting today and can be downloaded on iTunes and other major digital music services around the world. It is currently available to stream on Spotify, Apple, Amazon, Google, Deezer, and Tidal.

Music plays a crucial role in the title. Alongside the evolved soundscape of Battlefield 2042 is a disruptive sound component that fits the world of 2042, consisting of Hildur Guðnadóttir and Sam Slater, who both composed and worked on the sound design of Chernobyl and Joker, for which they won an Oscar. The blog contains an in-depth interview with the two composers talking about the creative process, the inspirations behind the songs and the interesting instruments and music that helped create the tracks.

that’s how Hildur Guðnadóttir explained the difference in composition between cinema and video games:

“The main difference is that the music in games is not linear. We were both interested in this aspect, which was one of our main motivations for working with DICE. Non-linearity allows you to work more freely with sound and music. You have more chances to change and develop a work in progress. Creating music for an interactive project is just a different way of composing and that was interesting for us composers. “

The complete interview can be read within the last Battlefield Briefing at this link. 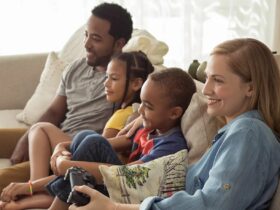 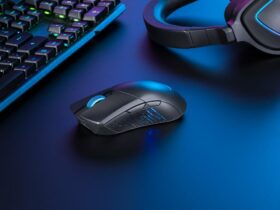 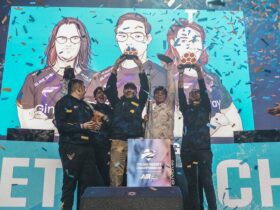