Facebook launched the audio rooms after a test phase started in the United States.

The service will be available worldwide and is set to become Clubhouse’s most formidable opponent. That is, the app that with a revolutionary intuition has made a lot of talk about itself in recent months, and whose fame seems to have already faded today.

Facebook’s audio room service will be called Live Audio Room, and for now only creators can use it. And more generally public figures who have a verified profile on the Mark Zuckerberg platform.

Let’s find out what Facebook audio rooms are and how they work. And let’s take a closer look at the world of applications that, in an era increasingly congested with content, rely on audio only.

The announcement had already been given, and we took up again in an article, last March.

When it was leaked that the Menlo Park company was working on some sort of Clubhouse clone project, the app exploded in late 2020.

The images of some provisional screenshots were then published, in graphics very similar to Clubhouse, but the news in the possession of the press was still fragmentary.

Now Live Audio Room has become a reality, and an ad hoc page has already been created on the Italian-language Facebook site dedicated to assistance to companies.

The announcement last March was an indirect response to Zuckerberg’s presence in the audio app that was becoming popular at the time. The Facebook CEO appeared on February 5 on the Good Time Show program, under the nickname Zuck23.

As had happened a few days before with Elon Musk, even the appearance of Mark Zuckerberg had sent the application into a tailspin. AND the whole world had wondered why she was hosted. As well as his love words for audio-only apps: “You don’t have to prepare. You don’t have to look good before indulging in a podcast, clubhouse, or whatever you’re up to. You can walk easier. You can participate without having to look at the screen and follow it in the background while you are doing something else ”.

The definitive answer has arrived in these days: The CEO of the Facebook group was not a guest of Clubhouse as a fan of the app, nor to have fun or satisfy the ego. But to test a form of communication that he too was working on. And that from today, with the audio rooms of Facebook, has materialized.

Live Audio Room, this is the official name of Facebook’s audio room service, it will work similarly to Clubhouse.

Whoever creates an audio room initiates conversations with a number of people interested in the subject. Each guest can have the role of listener or speaker. On the official website we read that “there is a limit of 50 speakers (including the organizer) at a time for each live audio room. There are no limits on the number of listeners who can participate in a live audio room. “

The Facebook audio rooms, among other features, allow you to organize fundraisers to be allocated to non-profit organizations.

Live Audio Room will be featured in the Facebook news feed, and if desired, you can receive alerts when a live audio room is published.

For now, the Live Audio Room service is only active on iOS and is reserved for public figures, while the company announced that the Android version is currently in testing.

Or more precisely, always reading what is written on the page of the Facebook site dedicated to assistance to companies, “at the moment, live audio rooms are only available for organizers on iOS. Listeners can access live audio rooms from both iOS and Android. “

The audio apps after Clubhouse

Clubhouse, as we said, was born from a brilliant idea that goes against the trend.

While all the developers were committed to offering applications with always new and futuristic services, Clubhouse took a courageous step back. And he has created a service in which only the essential is offered: communication via audio. Here is the first winning move: after so many virtual places dedicated to appearance, finally one in which substance dominates, the will to discuss certain topics.

Second element of advantage, but which perhaps over time has proved to be a limit, that of being a niche service. Born in April 2020, Clubhouse exploded at the end of the year. But it only worked on invitations, and limited to iOS users.

So, after the boom of the pandemic months, interest around Clubhouse has started to decline. Also, if not above all, for a further factor: the idea of ​​an audio-only app, too greedy, has been adopted by other social networks. Including Telegram, or Twitter with Spaces.

And now it’s the turn of the Facebook audio rooms. Will Clubhouse be able to survive all these assaults? 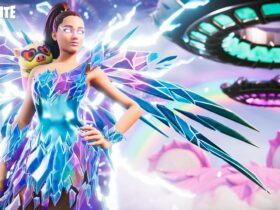 The Ariana Grande concert on Fortnite: here are our impressions 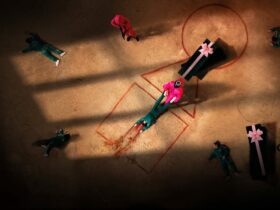 Squid Game could be “the future of battle royale”