At the announcement, Battlefield 2042 boasted destruction not only consisting of tornadoes and sandstorms, but also further disastrous effects, such as earthquakes, tsunamis, eruptions and more – now we are here to wonder what happened to them.

Since the presentation of the gameplay of Battlefield 2042 this summer, numerous expectations had been created about the possible innovations that would be added to the alteration of the battlefield. After all, the series is renowned for its high amount of destruction able to completely overturn the game scenarios, and with the new chapter something great was expected, also given the ambitions that DICE has placed there from the beginning. The weather would play a big part in the gameplay of the game: the fury of the various natural phenomena could have been exploited to the advantage of a team, or on the contrary it would have been a great impediment to the advance towards victory. But some promises were not kept: this is what insider Tom Henderson reminds us, talking about the weather events besides the tornado that should have been one of the elements of destruction in Battlefield 2042.

Destruction brought not only by tornadoes in Battlefield 2042

Tom Henderson refers to an initial report from last summer, which revealed how the year before the launch of Battlefield 2042 had been shown the varied destruction within the maps, with volcanoes, earthquakes, tsunamis e fiery eddies. However, due to the lack of sufficient time, these effects were not then implemented, thus leaving room only for the tornado that we have the opportunity to see today. Also a concept art by a member of the development team suggested the presence of other natural disasters, such as avalanches and floods. In short, the promise of maps strongly influenced by the weather was presented as one of the focal points of the new episode of the franchise.

A summer 2020 presentation of #Battlefield2042 contained earthquakes, fire tornadoes, tsunamis, and volcano eruptions – But due to lack of time, they needed to just focus on the twister.

Finding us now a month after the official launch, Battlefield 2042 has undergone several updates that have gone to solve some of the most problematic aspects of the game, fixing over three hundred bugs and adding (maybe forever?) also a limited 64-player mode on current generation consoles. The title was also already heavily discounted on the digital store, and was made available for free for a limited time this weekend. Be that as it may, it seems that for new content and the start of Season 1 we will have to wait several months, and Henderson also states in another tweet how even the post-launch plans have vanished, and therefore to ignore the leaks he was the author of some time ago. Who knows, maybe future updates and expansions will also be able to insert the catastrophic phenomena that have been expected since the release of the game. 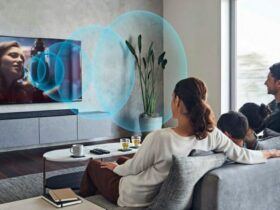