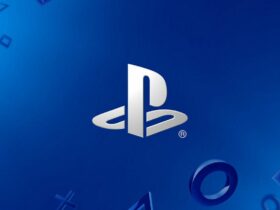 A leaker recently speculated that Battlefield 6 may not land on PS4 and Xbox One, let’s find out together why

In these last long weeks and interminable months there has certainly been no shortage of news leaks and rumors about Battlefield 6. Of the many, many alleged shooter details that have surfaced, the one that surprised no one was the one that reported that the title would be released as a project. cross-gen. game. According to old rumors, the PS4 e Xbox One of Battlefield 6 they should have been managed by a separate and dedicated team within DICE, but according to the latest rumor, it appears that this may not be the case. Let’s see all the details about it in the next lines of this article.

Battlefield 6: no PS4 and Xbox One versions and announcement in May?

The well-known insider Tom Henderson, who was involved in most of the leaks about Battlefield 6, recently reported on Twitter that there is no hard evidence that the next installment of the shooter saga will come out on PS4 e Xbox One, which could, according to him, indicate that the shooter will not land on the old-gen.

It was recently said that Battlefield 6 could be launched for Xbox Game Pass from day one and, according to Henderson, if that happens, it will probably be due to the fact that the game will be exclusive to next-generation consoles.

Of course, this is just guesswork, take it all with the usual nice pair of reinforced calipers. Rumors, overwhelmingly, claim that the next Battlefield game will be unveiled next month, so it’s likely we’ll know more soon. Recently there has also been talk of 164-player maps and a battle royale drift for the title in question.