Let’s take a look at the very first trailer of Beau Is Afraid, the new film by Ari Aster, starring Joaquin Phoenix

The wait isn’t over yet, we’ll have to wait until next April, when we can finally enjoy it Beau Is Afraid, the new film by Ari Aster. The new film has already intrigued viewers and critics for the breath of fresh air it promises to bring. After the release of the first post, now we can get another little taste, thanks to a trailer just released.

The film, which will be released in US theaters on April 21, does not yet have an official Italian release date. The film is about Beau, a man who suffers from anxiety. He has never known his father and has a very difficult relationship with his mother, who is very authoritarian. When she passes away, Beau decides to embark on a journey to return home, which however will lead him to get in touch with the supernatural.

Aster himself defined his new film a “nightmare comedy”, able to reflect and make people reflect on the meaning of life. It is a different film from the previous Hereditary (2018) and Midsommar (2019), by the same director. In this new work of his we will perhaps find less horror, but the right amount of dark humor and absurdity. It’s important to keep this in mind, especially if you’re a fan of Aster’s previous works and expect a similar vein to past works. Indeed, it would seem that Beau Is Afraid is very different.

The trailer does not dwell very clearly on the plot of the film, but it allows you to get to know its characters. First of all the protagonist Beau, played by Joaquin Phoenix, which will pass from one age to another during the development of the film. The actor will be joined by Kylie Rogers, Amy Ryan, Parker Posey, Nathan Lane, Armen Nahapetian, Richard Kind, Stephen McKinley Henderson, Hayley Squires, Michael Gandolfini e Zoe Lister-Jones. 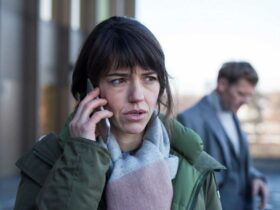