Running out of movie ideas to stream? Our guides take care of it: today we talk about the best oriental films on Prime Video

We are (finally) back to the cinema, but this pandemic year has now changed the way we watch movies and TV series. Our faithful allies always remain the streaming platforms that keep us company during our home evenings. In the past months, closed at home, we have gone through them from first to last, we have really seen everything. So are you in the sad situation where you don’t know what to watch again? We take care of it techgameworld.com with ours guide, offering you the best to find around the net as far as movies and TV series are concerned.

Today we focus on the best 10 oriental films to find on the well-stocked Amazon Prime Video. The platform founded by the incredibly wealthy Jeff Bezos has from the beginning offered excellent content, especially with regard to cinema. It is therefore not difficult to find great films to see, you just need to sift through the different categories offered. If you don’t feel like it or don’t have time to do it, don’t worry: our guides will save you. So here we go once again to talk about Asian cinema con i Top 10 Oriental Movies You Should See on Amazon Prime Video.

For some time there has been increasing interest in oriental cinema, also thanks to the triumph of Parasite by Bong Joon-ho at the last edition of the Oscars. The streaming platforms themselves have decided to go along with this trend and offer more and more content from the Far East. Every month the catalogs are updated with new products, and if you notice there is always something Asian, both in terms of cinema and TV series.

We have decided to offer you our very personal ranking dedicated to the best 10 oriental films to see on Amazon Prime Video. They are all included in the subscription, and for many of the films on offer you will also find our review. Take a look! 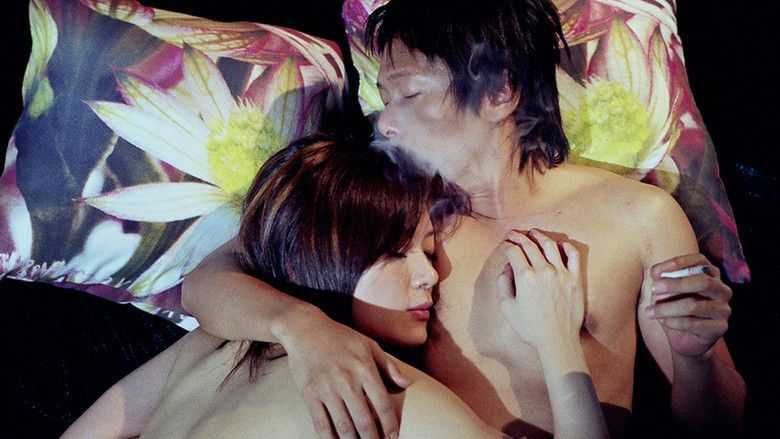 If you are a lover of the poetics of Tsai Ming-liang, his disciple and fetish actor Lee Kang-sheng right for you. Both Taiwanese, they share style, themes and that melancholy background that recurs in each of their works. On Amazon Prime Video you can find Help Me Eros (2007), the story of Ah Jie (Lee Kang-sheng himself), who finds himself facing a period that is definitely not. His girlfriend left him, lost his job and all his money. All that remains for man is to take refuge in marijuana and in a “friendly phone” dedicated to would-be suicides. Here he falls in love with Chyi (Jane Liao), a girl who will begin to idealize in every way and to search in Shin (Ivy Yin), with which he undertakes a relationship at the extremes, made up of drugs and sex. As in all of Tsai Ming-liang’s filmography, here too we find the loneliness theme, immersed in an increasingly depersonalizing urban condition, of unhappiness, of the search for love. Lee Kang-sheng’s characters desperately seek refuge in eros and food, but that won’t be enough to save them from their pain.

9 – A long journey into the night, Gan Bi | Best oriental movies on Prime 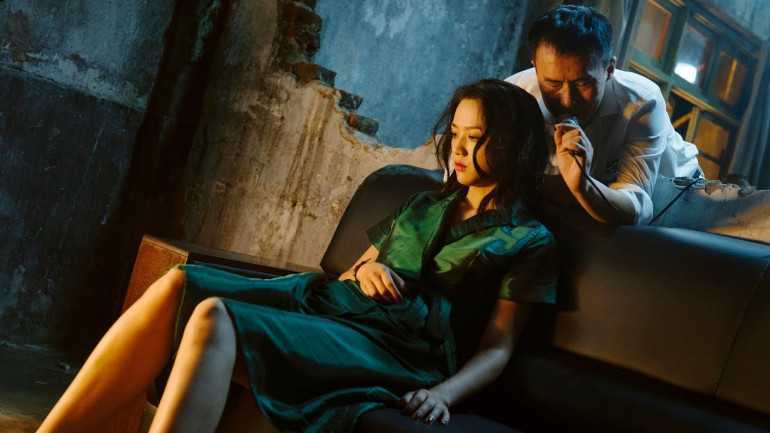 The very young Chinese director Bi Gan, born in 1989, is certainly an artist to keep an eye on. His second feature film proves it A long journey into the night (2018), an atypical and undoubtedly fascinating film. Luo Hongwu (Huang Jue) returns to his native country after many years. Here the memories and the people of his past begin to pile up in his mind, so much that he no longer understands what is the reality, what the dream, what the past, what the present. For this reason, the search for the woman of his life becomes more and more complex. Bi Gan reflects on how similar memory and cinema are as vehicles of fiction, assimilating the lesson from a teacher like David Lynch. A long journey into the night is a film that is not immediate, but extremely suggestive, capable of taking you on a journey between imagination and reality together with its protagonist. 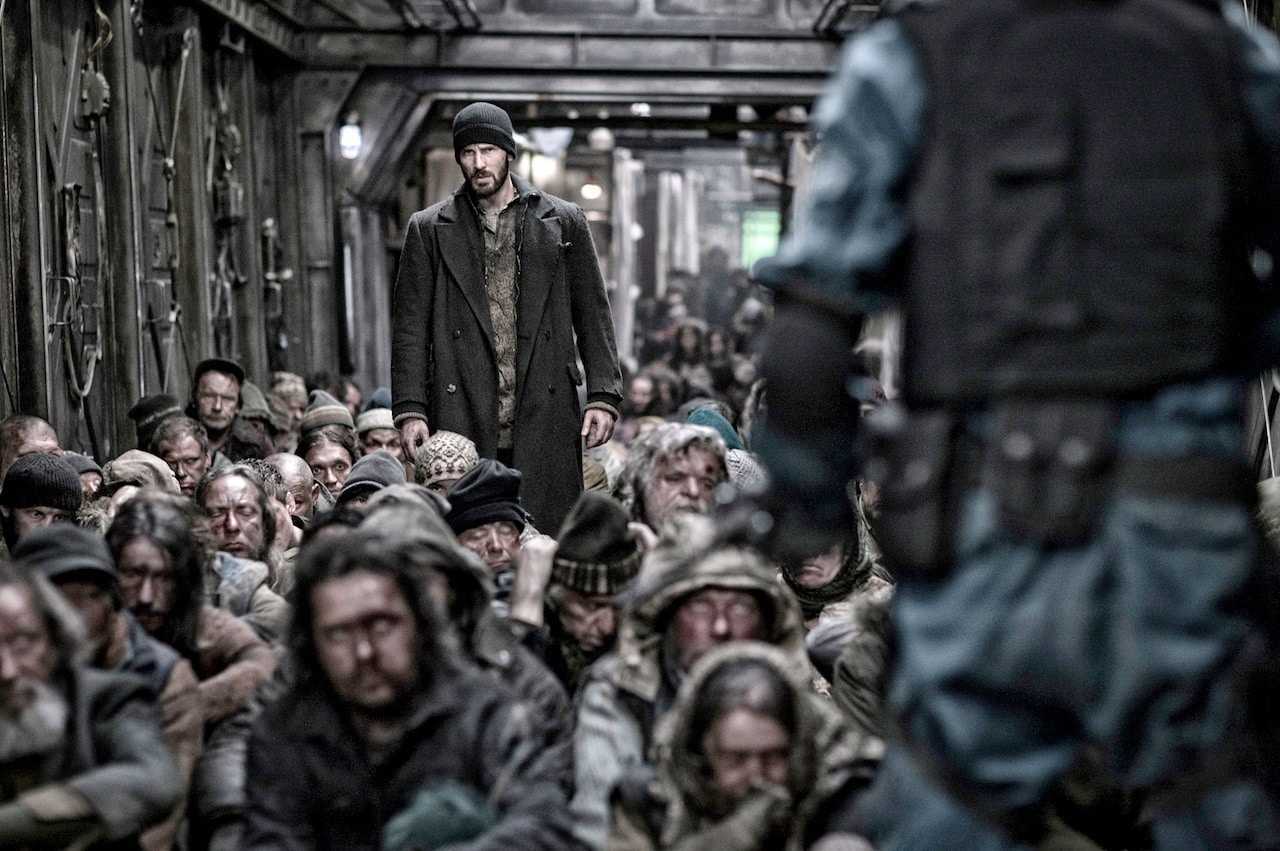 Before the hit Netflix series, by Snowpiercer there was only the fifth feature film of the award-winning Bong Joon-ho. In unsuspecting times, in 2013, the dystopian struggle between social classes it really was a fight to the death. The story is now known: we are in 2031, and the Earth was hit by an ice age that decimated the population. The only survivors travel aboard the Snowpiercer, a high-tech train that never stops. At the end of the train we find the poorest social class. As you continue along the wagons, wealth and prestige increase. Tired of the abuses suffered, the inhabitants of the queue decide to rebel against power, but nothing is as it seems … In his work, Bong Joon-ho proves much more terse towards his sister TV series, thanks to a sharper script and to the usual enviable technical mastery. The feature film is simply better done, because that’s where it really is metaphor of the existence of the human being since the dawn of time. 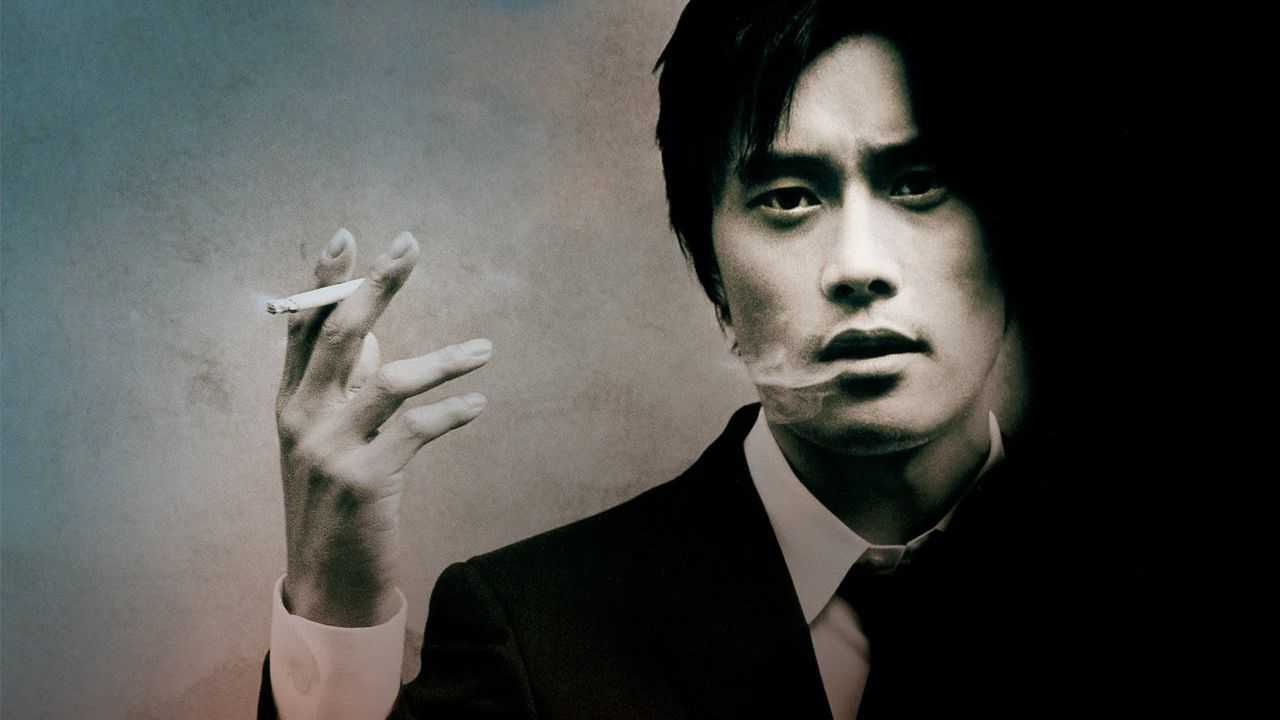 During his career, the South Korean director Kim Ji-woon he dealt with all genres: horror, western, black comedy, action, detective story. With Bittersweet life (2005), addresses the genre black / thriller, always maintaining a very high level in his experimentation with genres. Kim Sun-woo (Lee Byung-hun) is the right-hand man of a powerful Mafia boss, who is given the task of guarding his woman, He-soo (Shin Min-a), suspected of treason. When he discovers that the young woman actually has a lover, he decides not to kill her and let her go. This decision will put him in serious trouble, as a cruel manhunt will begin to make Sun-woo pay for the grave affront. But the man is ready for anything, just to satisfy his revenge. In Bittersweet life action, violence and blood flow desperately in the name of an impossible love and a morality that goes beyond the rules of the gangster. His vision will prove to be strong and powerful as in the best tradition of oriental gangster movies.

The Japanese director Sion Sono draws on the science fiction of filmmakers such as Kubrick and Tarkovskij for his The Whispering Star (2015). In an unspecified future, humanity is at risk of extinction and 80% of the population is made up of artificial intelligences. Among these is Yoko Suzuki (Megumi Kagurazaka), an android who makes long journeys with her spaceship to make space deliveries for humans. Yoko lives in complete solitude, accompanied only by her on-board computer. For his latest delivery, the android arrives on the planet The Whispering Star, where he will see the last traces of a humanity now on its way to sunset. Shot largely in the Fukushima region, The Whispering Star is a film about memories and memory. After all, what would human beings be without memories? The personal ones, but also those related to the passage of humanity on our planet. Memory is what binds us deeply to life, and Sion Sono manages to condense this discourse on our existence in his most “alien” film. 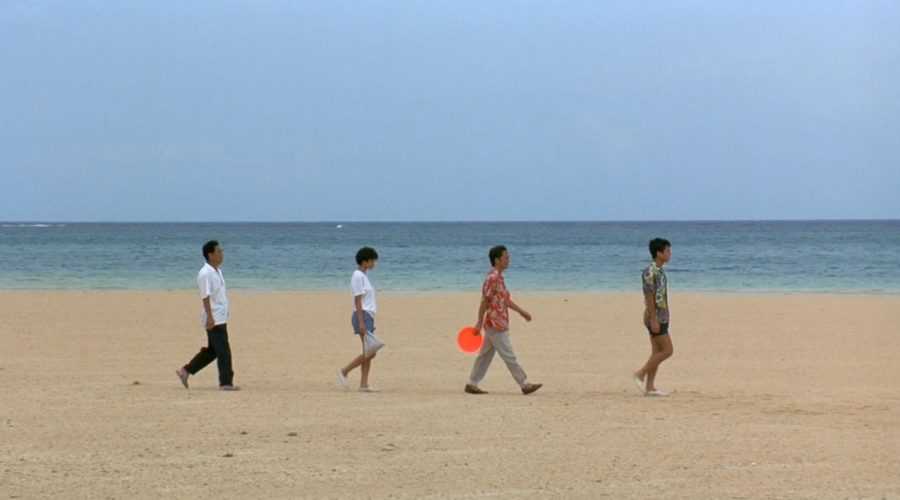 One of the works that reach the apex in the filmography of Takeshi Kitano it is without a doubt Sonatine (1993). With this fourth feature film, Beat Takeshi once again overturns the rules of the gangster movie, demonstrating a sensitivity that usually does not go well with an environment like the one represented in this story. The gangster Murakawa (Takeshi Kitano himself) is intent on changing his life, but his boss gives him one last assignment: to put an end to a fight between rival gangs on the island of Okinawa. Having left with his companions, he realizes once he arrives on the island that he has been betrayed. The group then fearlessly awaits its fate, in a paradise beach where they can spend the last moments of their existence amidst games and jokes. There raw violence of his first two feature films (Violent Cop and Boiling Point) joins the suspension and melancholy of the third (The silence on the sea), giving life to acomplete work from a cinematographic point of view but also of reflection on our existences. Not to be missed. 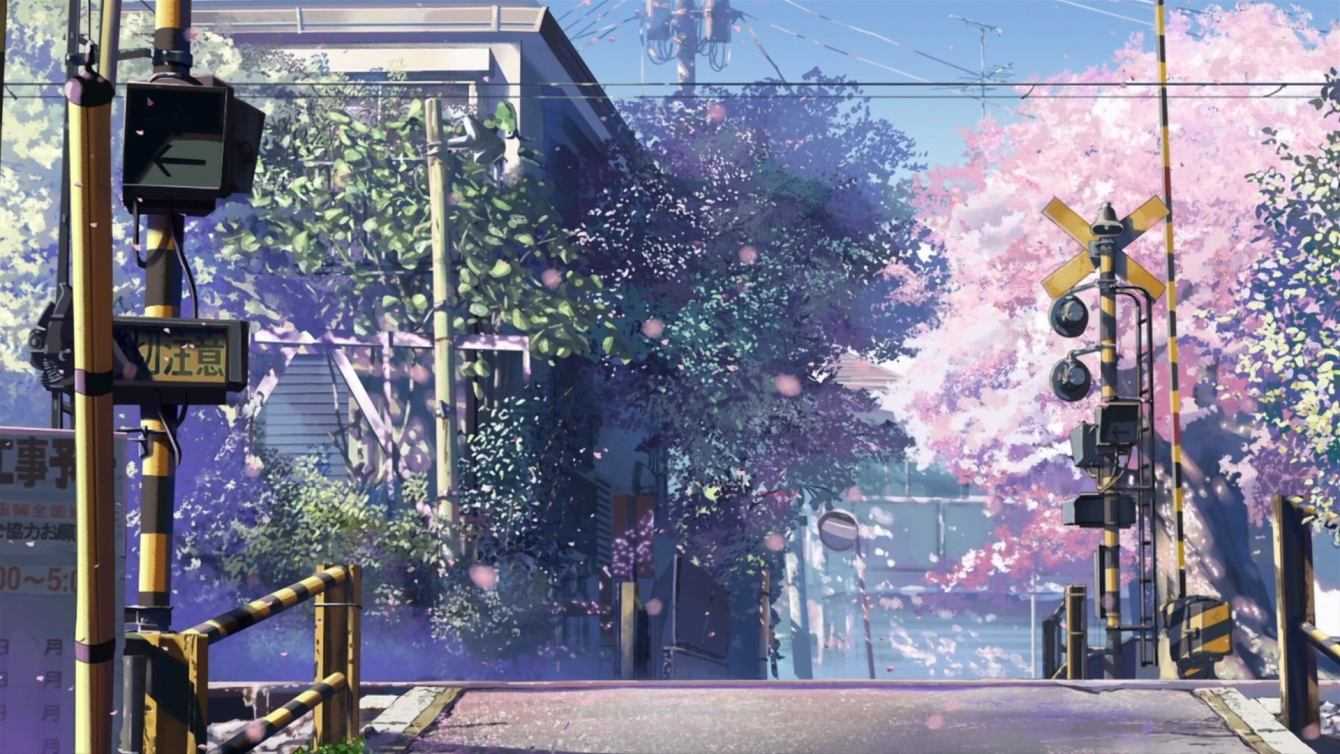 Between animation film present on Amazon Prime Video, we have chosen the splendid 5 cm per second (2007) of Makoto Shinkai. Formidable from the point of view of animation, you will be enchanted by this melancholy lost love story. Consisting of three episodes, 5 cm per second, it tells the story of Takaki and Akari, between childhood, adolescence and adulthood. The two are close friends, but due to her move they are forced to separate. An encounter will seal their love, but their paths diverge again, perhaps forever. An impossible love that is lost in space and time (theme that will also be explored in the following Your name.): Shinkai reaches the apex of his career with a simple but intense story. Impossible to remain indifferent to the wonderful images on the screen.

3 – The butterfly on the viewfinder, Seijun Suzuki | Best oriental movies on Prime

Seek a yakuza movie completely out of every scheme? It is what you will find with The butterfly on the viewfinder (1967), from Japanese director Seijun Suzuki. Many great contemporary filmmakers have been influenced by it and mentioned it in their works (Park Chan-wook, Wong Kar-wai, John Woo, Jim Jarmusch…), once the film was re-evaluated after the troubles it caused Suzuki. Goro Hanada (Joe Shishido), is a professional killer who falls in love with a mysterious woman obsessed with death (Annu Mari). A mistake made during a mission marks his end: he will have to pay for this oversight with his life. At first Goro will have to contend with the people dear to him, who threaten to kill him, and then face the number one of his gang, “the ghost” (Kôji Nanbara). Anarchist and counter-current, this work takes genre cinema and makes it a cult by subverting all its rules. From characters, to editing, to daring shots: with The Butterfly on the Viewfinder you will find something never seen before.

With A family business, Hirokazu Kore’eda won the Palme d’Or at the Cannes Film Festival 2018. But not only that, because it also wins the second position in our ranking! Kore’eda goes back to talking about particular family dynamics after films such as Nobody knows, Father and son and Portrait of a family with storm. The story is that of the Shibata, an extended “family” that is used to survive …

The concentration of fine dust in our Italian cities 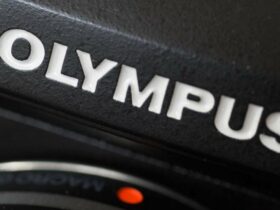