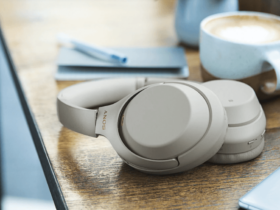 Guide to buying your monitor: resolution, panel types, refresh rates and recommended sizes. Let’s find out which are the best PC and console monitors currently on the market to buy according to your needs

Choosing a monitor may seem trivial and secondary when setting up a PC, but it is actually of great importance. Do you really want to spend hundreds of dollars on a video card and get a poor image from your monitor as a result?

Learning about the technologies behind our screens is the key to buying the best monitor suited to our needs. But know one thing, no matter how much you intend to spend and how much you shop around, you will not find a perfect monitor able to render in all these parameters. At least not yet.

On the market there are screens suitable for gaming, others for design work, and others exclusively for detail. The real key is the compromise.

Most customers immediately tend to opt for the highest number of pixels they can find or afford, and this isn’t always the best strategy for finding an optimal viewing experience.

Higher resolutions offer more detail, a 4K monitor (3840×2160) is something really nice to look at, but single GPU (video card) systems could really suffer a lot from such a choice in the gaming arena, unless you don’t have a video card in the hood at least like an Nvidia GTX 1080. 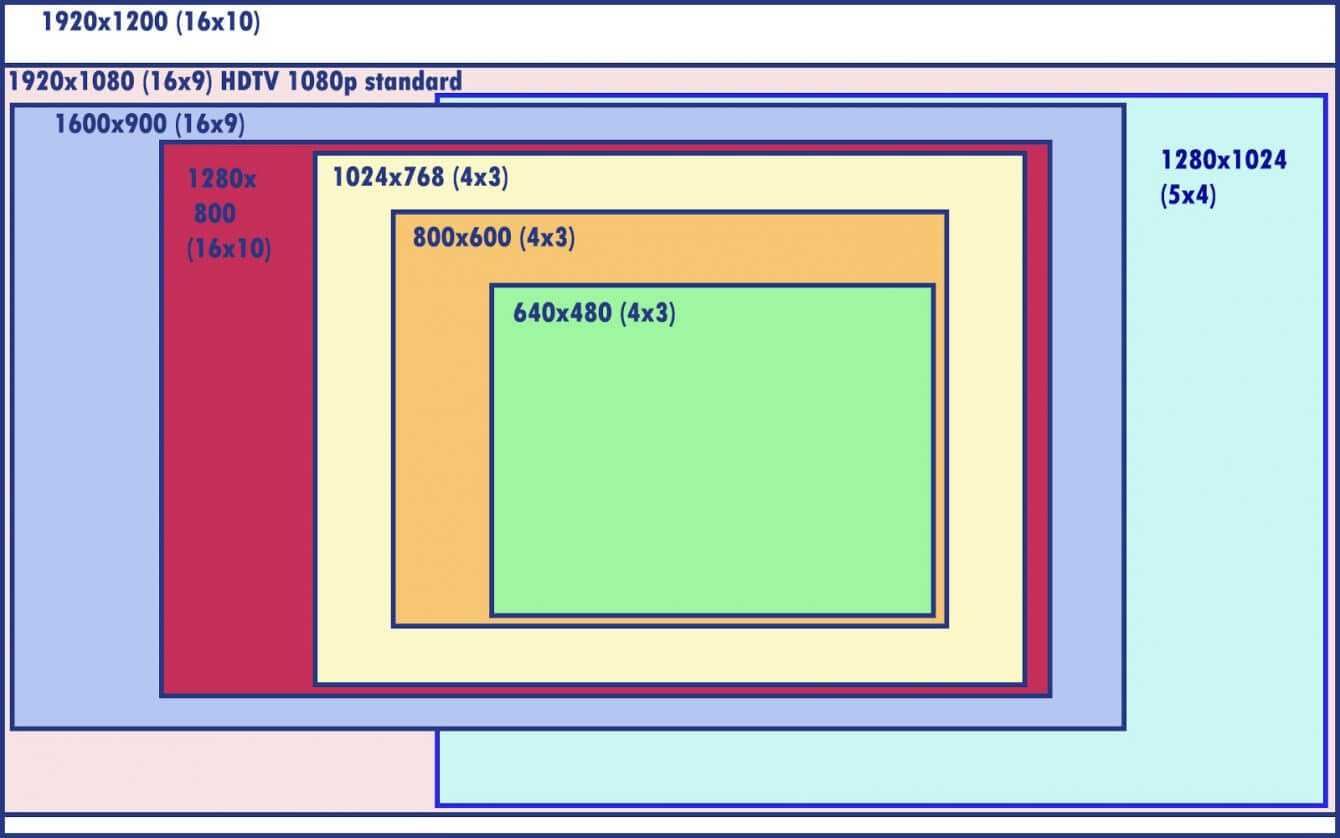 A mid-range or low-end graphics card, such as an integrated GPU, can technically support 1080p (FullHD) or higher resolutions. But in reality, at these resolutions, you won’t be able to do anything other than office work, surf the internet and watch videos. Because if it comes to playing games or graphics, know that you will be forced to make visual compromises, in order not to worsen the system performance, or perhaps to lower the resolution, worsening the visual quality.

I display LCD hanno a native resolution and, use them below that resolution, degrades the image quality due to the process of resizing and enlarging the image. Using a lower resolution than recommended is a really bad idea. Don’t buy a monitor that your video card can’t use.

This means, in practice, that each resolution currently has its own cost also in terms of hardware.

At the bottom of the scale sit 720p (HD), or 1280 × 720, which today we can define as history. However, this resolution is particularly effective for those who have hardware equipment from a few generations ago and intend to run a fairly recent game or graphics application. It’s not a wise choice, but if you’re really fond of your old video card, it’s almost a must.

The next step is 1080p (FullHD), or 1920×1080, which is the solution most people use on their devices. This resolution is the workhorse of the PC world and is perfect in most situations. The greatest results in terms of pixel density are achieved in a 24-inch and smaller size display, delivering excellent in-game performance with most of the latest generation high-end graphics cards. Screen sizes larger than 24 inches are not ideal for 1080p, the pixel density will be lower and consequently the image will no longer be as sharp. The middle way of the 2K (2560 x 1440) it can represent the right choice for those who, having a performing hardware, want to buy a monitor larger than 24 inches and get a better visual rendering.

…passando per i display Ultra Widescreen… 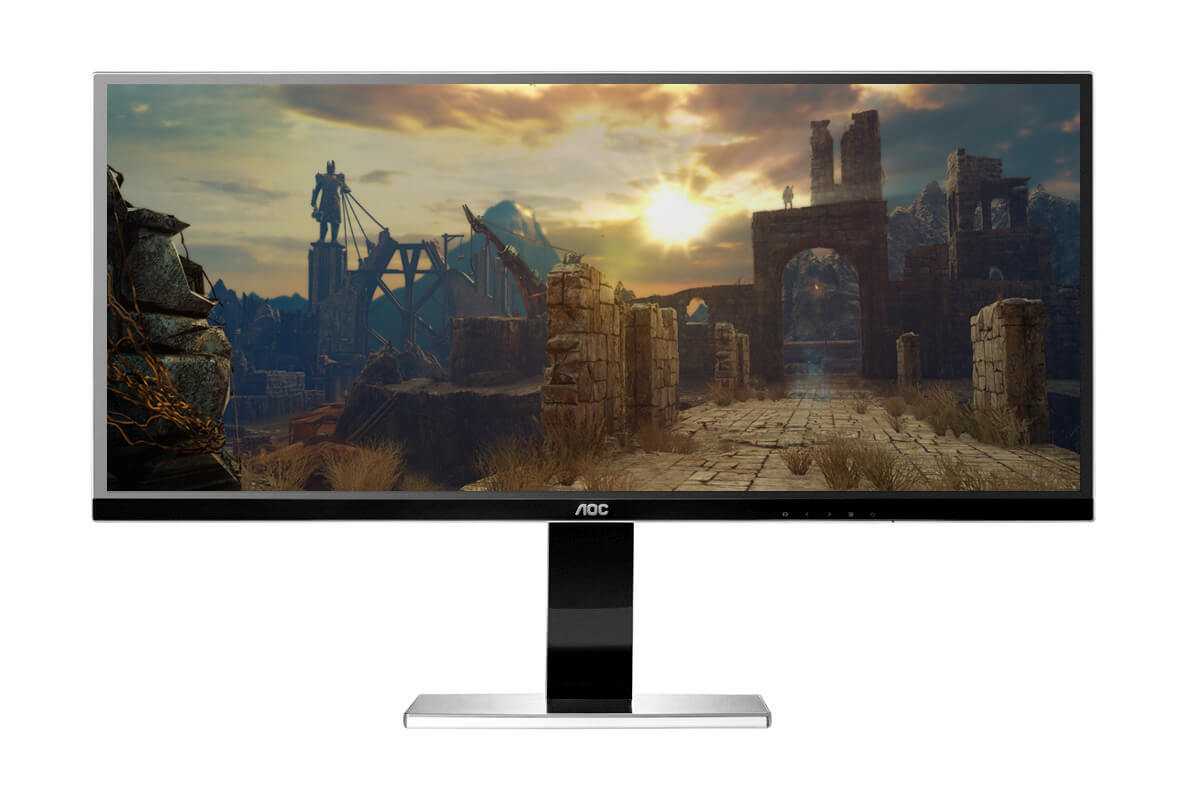 Ultra Widescreen displays, with a native size of 2560 × 1080 or 3440 × 1440, are often overlooked, but may represent the best combination of resolution and size for gamers today. Recommended at 29 and 32 inches (35 inches by 3440×1440), these displays offer a reasonable 30 percent more pixels than the starting resolution, without impacting as heavily on your hardware as a 4K display would. This means that newer graphics cards will support these displays just as well as the previous generation supported 1080p, and a multi-GPU setup isn’t necessarily required for excellent performance. In addition, the wider shape offers a more immersive experience in 3D games, simulating a wider field of view, without interruptions of the bezel as in multi-monitor setups. 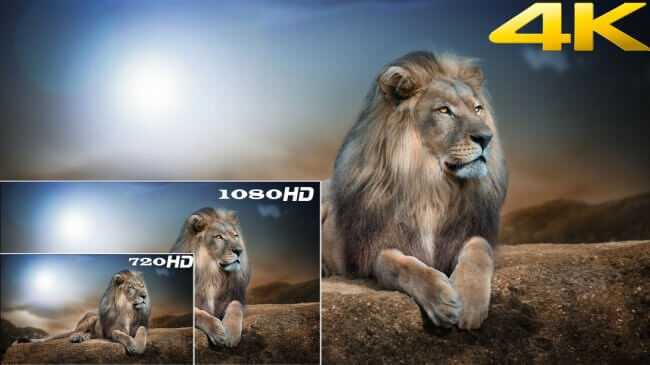 I display 4K (UltraHD) they are today the highest expression of visual quality on a monitor, and they are also the cause of the bleeding of modern hardware. This is a really expensive solution considering that one of these panels costs a lot and that to maintain the performance in the game, at a resolution of 3840 × 2160, at least two graphics cards with very high computing power are required (one Nvidia GTX 1080 may not be enough). The HDMI and Display Port connectors for these displays are also required to respect very low refresh rates, locked at 30-60Hz. While that will change with new technologies and development standards, it’s safe to say that right now the only ones making a profit from a 4k monitor purchase are the vendors. However, if you want to take pride in it and get the most out of the final visual setup without spared any expense, there is nothing like a 4K display. 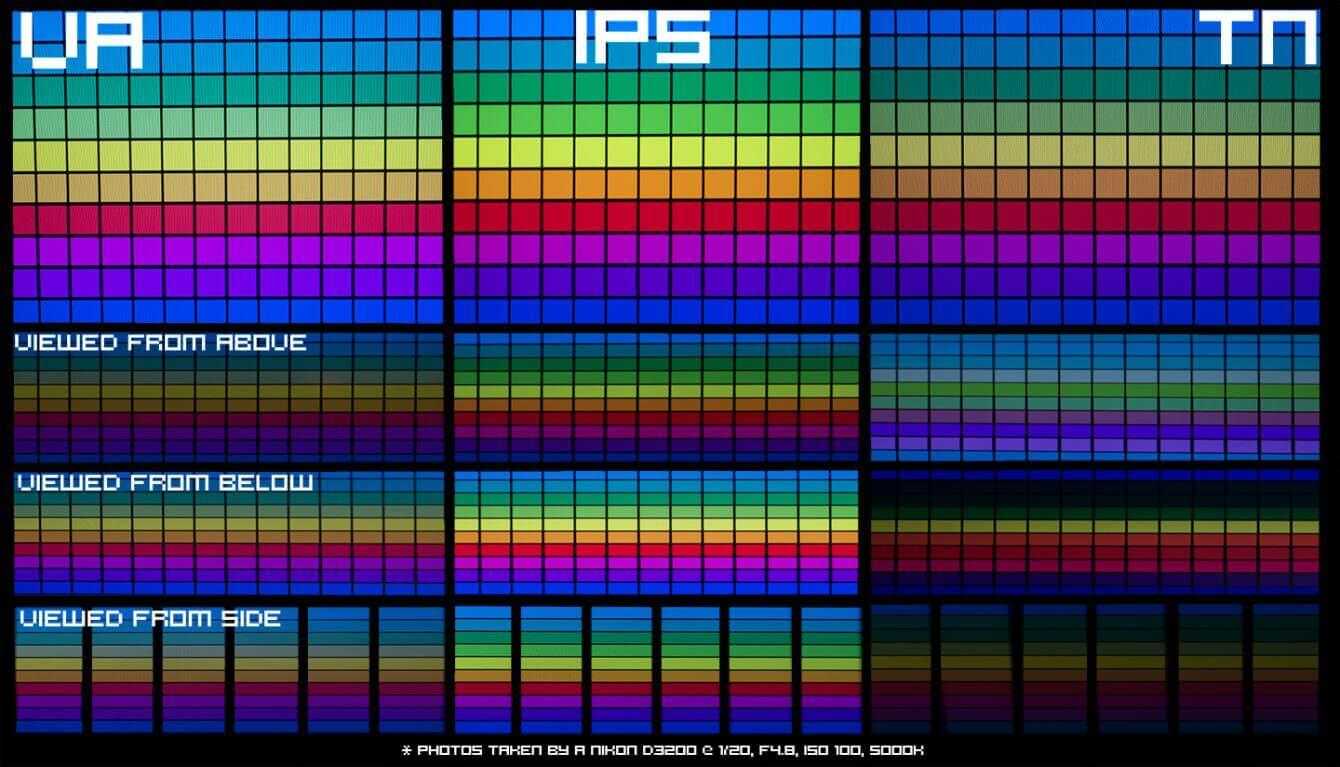 Twisted Nematic panels are the most common and also the cheapest ones, because they are much simpler to produce. Most low-end monitors, and especially those found at low cost in supermarkets, use panels of this type. TN panels are very popular in notebooks and are used especially in gaming monitors because they have a very low response time, usually no more than 2 milliseconds. Most 20 ”and 22” widescreen monitors are Twisted Nematic.

These panels cost less but also offer low quality: little contrast, very poor viewing angle (about 160 °) and above all a poor color rendering. In fact, TN panels are not 8-bit panels (which therefore reproduce 16 million colors) but 6-bit and can reproduce only 64 shades of red, green and blue which combined (64 x 64 x 64) give 262,144 colors. The remaining colors are reproduced using dithering techniques, to reach the promised 16 million. Dithering adds noise to the image, which can be perceived as you approach the screen. Another problem of TN panels is represented by the management of dead pixels: the so-called “dead pixel”, When they are present, they are reproduced in white and almost always stand out on the screen.

However, a good number of good TN LCD models support 120Hz to 240Hz refresh modes, which help minimize the motion blur that plagues 60Hz screens. The latter, given the low response times and the high refresh rate, are therefore ideal for action games and FPS.

Vertical Alignment (VA) panels, on the other hand, represent the middle ground. Good value for money and good quality. The viewing angle is better than that offered by TN panels and the same is true for the color rendering. But we are still not at the top, especially for the latter.

As well as offering advantages, PVA and S-PVA panels also have some weaknesses: the response time is higher than that of TNs and the color rendering often changes as the viewing angle varies, with the image changing by brightness. On the other hand, the contrast is excellent: among all types of panels, the PVA ones are those that guarantee a better native contrast ratio (3000: 1). Furthermore, if a pixel of a PVA panel “dies” it becomes black, thus causing a less annoying effect than the one with the pixels always on on white.

Worth mentioning is the almost complete absence of defects such as IPS Glow and Backlight Bleeding, the Achilles heel of the almost perfect IPS panels.

This technology makes VA panels much more similar to IPS in terms of color quality, while retaining the advantages of Vertical Alignment. Currently, after the OLEDs, perhaps the best panels on the market.

The IPS technology (In Plane Switching) is the one that currently offers the best absolute color rendering, and in fact they are the panels usually used for graphic monitors. Nec, Eizo, the Apple Cinema they are all LCD monitors that use an IPS panel (or technologies derived from IPS). The contrast ratio is not as high as that of PVA panels (1000: 1) but the color rendering (up to 12bit) and the viewing angle (almost total coverage) are much higher.

However, these monitors have as a defect higher response times (8ms on average, 4-5ms if you are willing to spend) and therefore are not recommended for those looking for a monitor for gaming without spending a lot. Also flaws like IPS Glow (light halo always present in dark images in a corner) e Backlight Bleeding (corners of the monitor that tend to yellow over blacks) can make some people turn up their noses, much preferring VA panels. 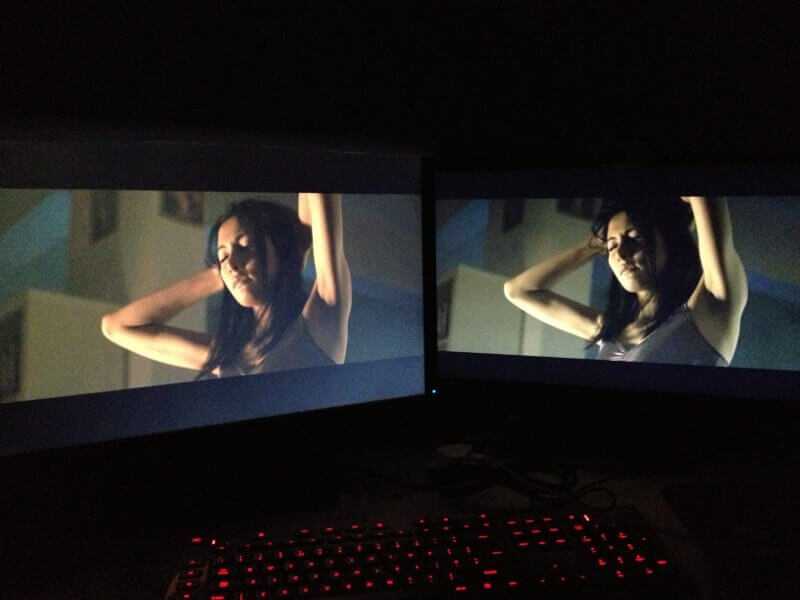 Displays may have a glossy or matte finish. Monitors with a matte surface prevent the creation of reflections on the display surface. Displays with a glossy finish, on the other hand, have some more problems with reflections but ensure more vivid colors as they do not have anti-reflective filters.

Il contrast ratio it is one of the characteristics on which great emphasis is placed. It is a value that expresses the ratio between the brightness of a white image compared to a black one. The data, again reported in candelas per square meter (cd / m2), highlights how much white is brighter than black.

Monitors with a high contrast ratio tend to have brighter whites and darker blacks.

When reading the value of the contrast ratio, however, one must not fall into a very common trap. Value can be understood as “static” O “dynamic”.

In the first case, the data is certainly more representative because it provides a valid indication of the quality of the screen in front of you; the dynamic contrast value, on the other hand, comes from a series … 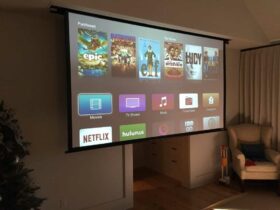 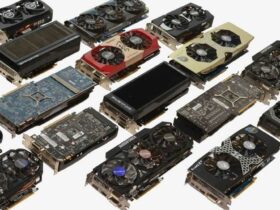 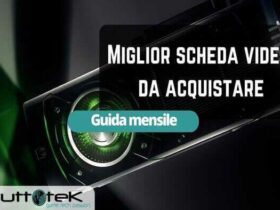 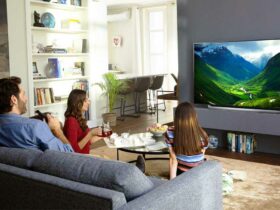