Here is the complete guide to buying the best smartphone of the moment divided by price ranges, from the cheapest entry level to the most expensive top of the range. All the advice for the perfect purchase in relation to your needs and your budget

Choosing the best smartphone to meet your needs is never easy. To avoid making the wrong choice, we offer you some advice on the aspects to take into consideration to make a conscious purchase by untangling yourself between top of the range, more and more recommended mid-range and interesting entry levels.

If you are not interested in our advice and want to directly view the lists of smartphones to buy chosen from the best smartphones of the moment, you can use the list below.

Don’t forget to let us know in the comments if, in your opinion, we have overlooked or overestimated any aspect.

The first big question to address is: which operating system to choose? Now that Windows Phone is out of the game the choice inevitably falls between Android, iOS.

iOS is synonymous with iPhone, and you probably already know if you’d like to have one. They are excellent smartphones with a sea of ​​apps and games at your fingertips, but they are certainly not the cheapest smartphones, they start directly from real top of the range, with some interesting exceptions. Most of the models do not have a first-class quality / price ratio but still have an unrivaled appeal. The iPhone is always the iPhone they say, right?

If you have already decided not to buy an iPhone then you should know that Android is installed on terminals of all shapes, colors and sizes.

Android has the widest range of devices, from the cheapest smartphones to the top of the range. As we said before, it is possible to find smartphones with Android on board equipped with the most disparate hardware for each price range. Most of the terminals manage to make the quality / price ratio a not indifferent prerogative. If chosen wisely, a discreet terminal with Android installed, will not make you regret your purchase and, probably, will be cheaper than the iPhone counterpart.

What are the differences between the screen types? – Guide to buying the best smartphone 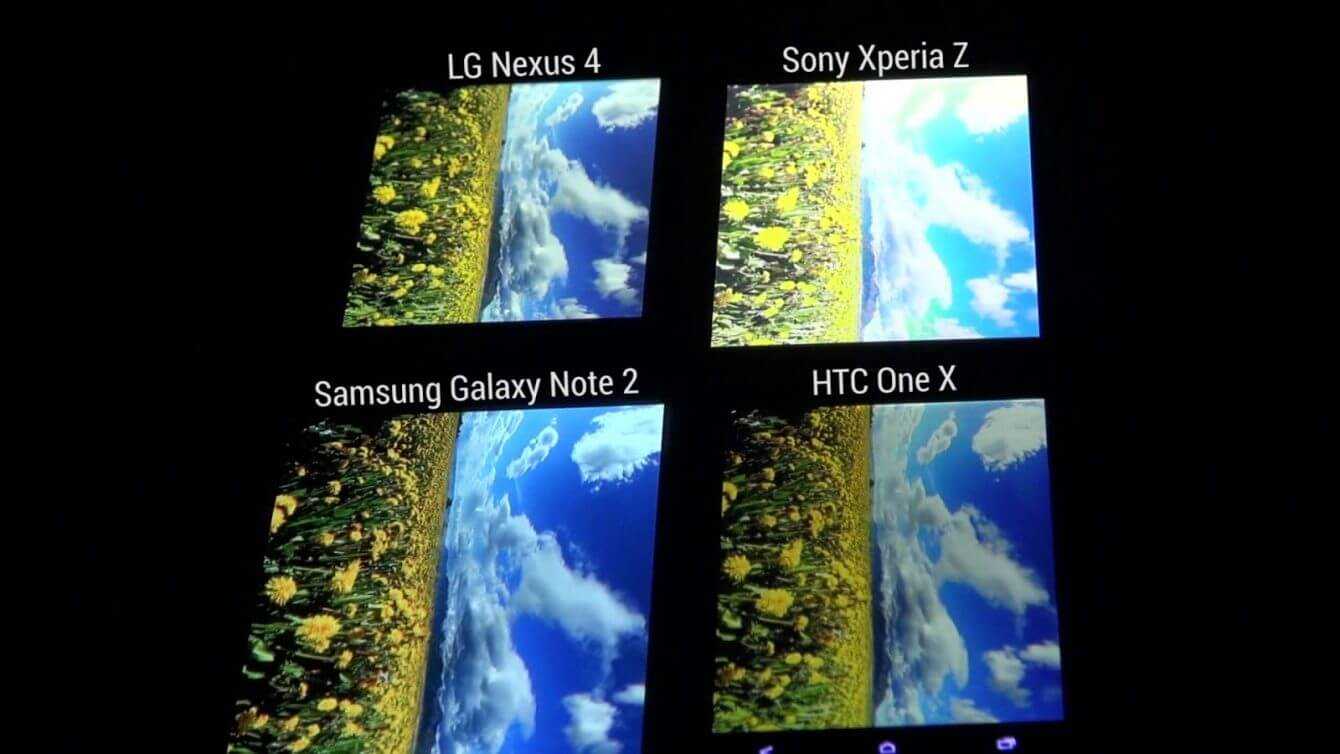 There is very little to say about the resolution of the displays, the higher the better. But we must also take into consideration the type of screen with which a smartphone can be equipped. Obviously there are substantial differences between cheap smartphones and top of the range.

IPS (In-Panel-Switching) displays are an evolution of TFTs and are found on many of the best budget smartphones. They reproduce colors almost perfectly (thanks to the pixel backlighting) and have very “charged” whites. They do not have the problems of TFTs when changing the viewing angle and consume less energy than the latter. The only flaw? The low contrast ratio and the consequent poor reproduction of blacks.

AMOLED displays (OLED active matrix) are present on many top-of-the-range smartphones even if lately they are also widespread in the mid-range, such as on Samsung’s Galaxy or on the best buy Xiaomi. Their main feature is that the pixels emit their own light and do not need backlighting. They do not present major problems in color rendering but are less “legible” than IPS in sunlight. On the other hand, they reproduce very intense blacks, since the pixels are physically turned off to reproduce them and this results in a saving in terms of battery. The contrast ratio is the best possible. In recent years they have conquered everyone thanks to their incredibly beautiful and vibrant colors. More and more a must among the best top-of-the-range smartphone.

What is dual-SIM support? – Guide to buying the best smartphone 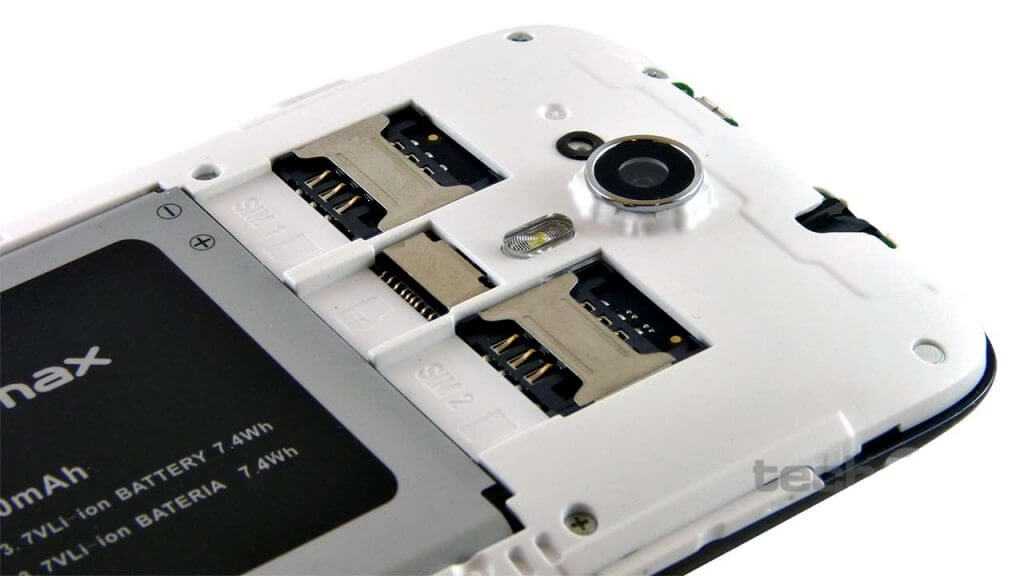 Some smartphones have dual-SIM support, i.e. they allow you to use two SIMs at the same time. But be careful, because they are not all the same. There are DSDS (Dual SIM Dual Stand-by) terminals that make one SIM unreachable / busy when the other is in use for a call and (only the best smartphones allow it) DSFA (Dual Sim Full Active) which instead allow to keep the two SIMs always active at the same time. Furthermore, it should be noted that in many dual-SIM phones the second SIM slot is also used for microSDs, this means that you have to choose whether to use two SIMs or to expand the memory of the mobile phone (you cannot do both at the same time) .

How important is the camera to you? – Guide to buying the best smartphone 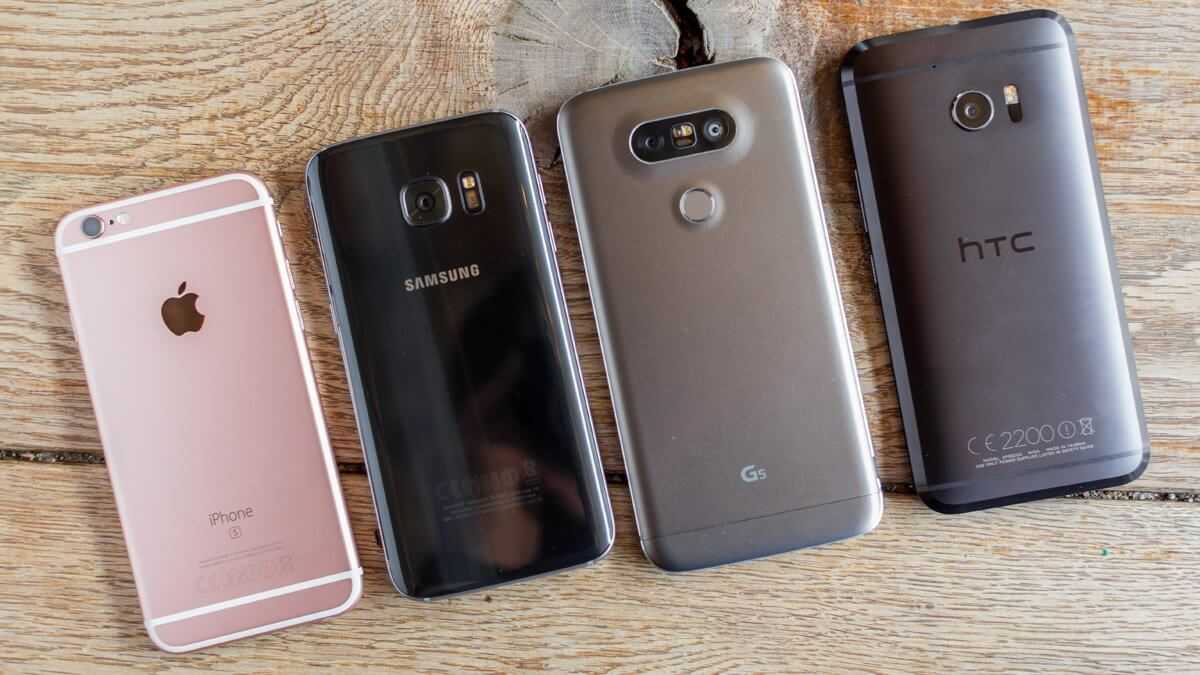 In the age of selfie and gods social, the camera of our smartphone is now our window on the world. Therefore, a hardware aspect to be carefully evaluated and which today has very often become a necessity, as well as among the primary factors that distinguish the best smartphone from the others, is the quality of the camera. It is true that now all offer a minimum of 12MP but many ignore important details such as the quality of the objective, the presence ofautofocus, of a good flash or of image stabilizer; in short, all features that can make a difference much more than a few megapixels in excess. The photographic sector is the one in which the difference between cheap and top-of-the-range smartphones is most noticeable and which often influences the choice of the best smartphone for your needs.

How do I measure the battery capacity? – Guide to buying the best smartphone 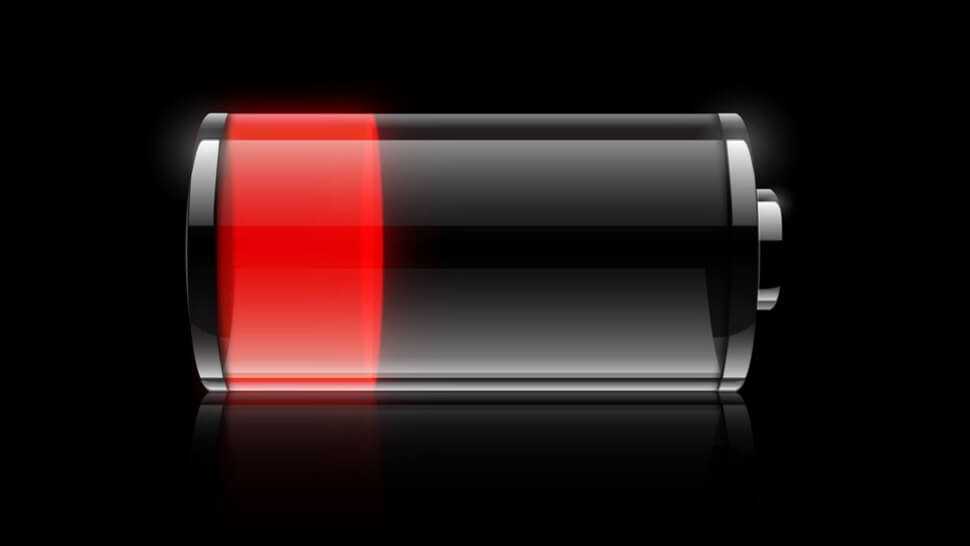 The battery capacity of smartphones is expressed in mAh (milliamps). Consequently, the more mAh there are, the greater – at least potentially – the autonomy of the device. Some mobile phones allow you to easily extract the battery and replace it with another one (in these cases we are talking about smartphones with a removable battery), while others do not allow you to perform this operation and require the replacement of the battery only after a “surgical intervention. ”Of technical assistance (in these cases we are talking about smartphones with non-removable battery). After the trend of abolishing the removable battery on the top of the range, there has also been an adjustment on the cheaper devices that are almost completely devoid of this possibility.

What is the fingerprint sensor used for? 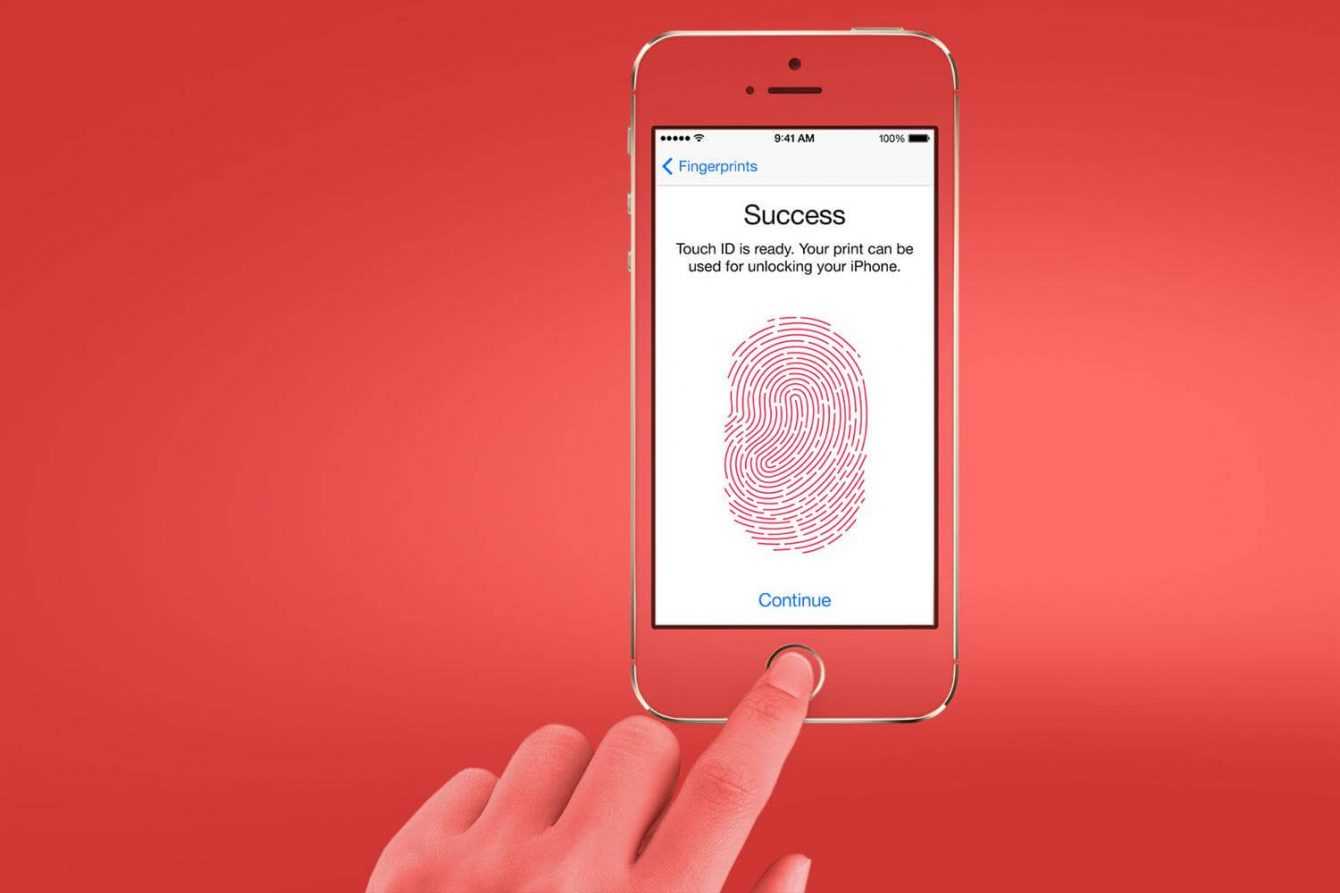 Most smartphones currently on the market have a sensor capable of detecting fingerprints in order to unlock the mobile phone or make purchases (physical and under the display). The quality of the sensor is the aspect that varies between the different price ranges of the best smartphone (top of the range or cheap smartphones) and, consequently, also the reading and unlocking speed will have timing related to quality. The sensor under the display is now becoming more and more widespread, coming to have almost the same effectiveness as a physical button.

What’s your budget? Do I have to buy a top of the range to have good performance or can I also take a look at cheap smartphones? 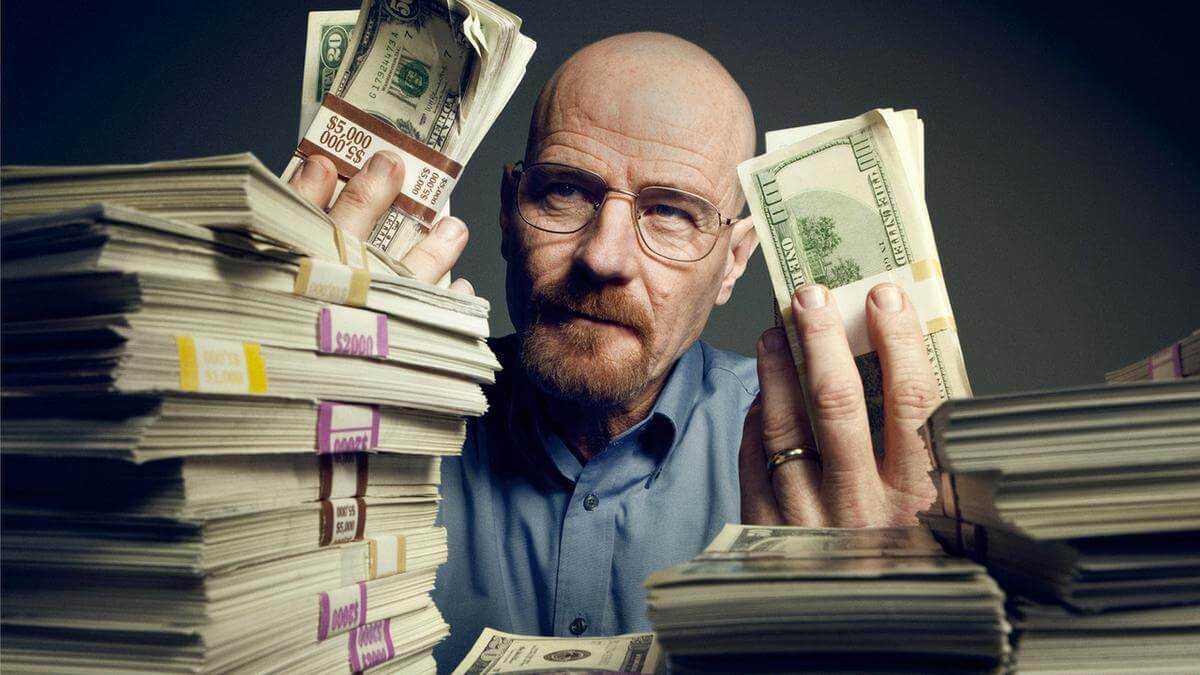 But how much do you have to spend to have a discreet smartphone? The best smartphones are obviously the most expensive ones but spending little is not always synonymous with low quality. Acceptable models start at 100 euros, such as Nokia 2. Excellent example among cheap smartphones but that does not give up on quality and good hardware features.

The medium-high-end terminals can be found on the market from 250 euros upwards. Smartphone like Xiaomi Mi 10 Lite e Realme 7 Pro, they offer everything you can have from smartphones to the latest but with a significantly lower price, coming in with flying colors among the best smartphones even in comparison with terminals from 4-500 €.

If for you there is only the best and you want the latest sparkling top of the range on the market from 450 euros to go up, you can satisfy your desire and certainly remain satisfied.

It should be remembered that some operators offer the purchase of top-of-the-range smartphones through a monthly fee contract bound by their tariff plans, sometimes it can be the right move to save something, contain expenses and be able to take home the best smartphone currently in use. business.

Below we propose the list of best smartphones to buy currently on the market, divided into price ranges starting from less than € 100 up to over € 600 for the top of the range.

Redmi 9C it has a price slightly higher than the 100 € but it certainly remains a reference point among cheap smartphones. Mediatek Helio G35, 2GB of RAM e 32GB of internal storage, expandable up to 512GB. Triple rear chamber from 13 + 2 + 2MP e display HD+ with 6.53 ″ diagonal. Redmi 9C is a complete smartphone, with a decidedly fashionable design that, thanks to 5000 mAh battery and to the hardware not too energy-intensive, it also guarantees excellent autonomy.

Nokia 2 it is made of aluminum and shaped polycarbonate, able to characterize the low range of the Finnish company’s proposals with a refined design. The hardware equipment is minimal but still guarantees good performance in relation to the selling price. The screen is a panel 5 ″ LCD with HD resolution (720 × 1280). Nokia 2 comes with a 8MP main camera with LED flash and a 5MP front camera. The processor is a Qualcomm Snapdragon 212 combined with 1 GB of RAM and 8 GB of internal storage (expandable up to 128GB). To conclude the data sheet, a good battery 4100 mAh, able to guarantee several hours of multimedia use.

Redmi 8A it is the smartphone that we recommend you to buy among the best cheap smartphones. Snapdragon 439, 2 GB of RAM, an impeccable construction and a camera certainly more performing than one could hope for in this price range make this smartphone the ideal forklift but not only. Also thanks to Xiaomi that with his MIUI it also updates low-end smartphones. 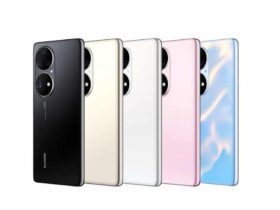 Official Huawei P50 and P50 Pro but only in 4G version 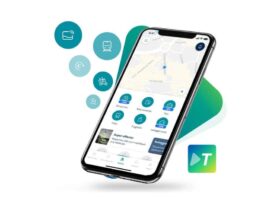