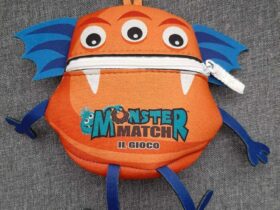 Do you want to play a board game, but friends, companions and relatives refuse? No problem! Here is a guide to the best solitaire board games for you

Forget the classic solitaire! For some years now, game designers have been striving to create more or less full-bodied board games even for solitary players and there is something for all tastes and all ages.

The Game is a game of cooperative cards which gives the possibility to play it even in solitaire. Small and handy, it is the ideal toy to put in your backpack and to take on vacation. The goal of the game is to get rid of all the cards we have in hand and beat the game because he is our opponent. The challenge, however, is not easy, because it is true that you have to collaborate with your playmates, but it is also true that you cannot reveal your cards to them, but at the most you can show them the deck on which to put their discards or not.

Bandido and Bandida are two card games from Helvetiq that in addition to the cooperative mode, also include the solitaire game mode. The purpose of both versions is to stop the attempted escape of the two bandits. Bandit you can consider the basic version, while Bandit adds two modes extra game: the before is to help the bandit escape, the second allows you to combine both games and the aim is to stop both bandits from escaping.

Palm Island is a mini-management in which we have the task of doing develop the village of a tribe. The game mode I’m three: solitary, competitive and cooperative. In the in lonely, which is the one that interests us most for the purposes of the article, not only must we always try to make a better score than the previous game, but based on the result achieved we also unlock trophies that will be added to the deck to make the games more interesting. The peculiarity of this game is the tablature that does not exist, because the games are all played by holding the cards in one hand.

48 puzzles and 12 little cats are all you need to have fun. Gatto Matto is a solitaire logic game whose purpose is to completely cover the figure you have chosen with the number and types of kittens indicated by the card itself. The cards are divided into four difficulty levels: beginner, advanced, expert and master.

Crazy Campers is a 3D puzzle that can be done in 36 different ways! The game comes with a booklet on which you can find the 36 puzzles to solve, choose the one you want and place the Tent piece in the indicated point, then place the other 10 pieces so that they fit perfectly on the board.

Seven mice emerge from the pieces of cheese, on one side with their cute little faces and on the other with their asses in the air. In Say Cheese you will have to face 50 logic challenges all with the same purpose, that is to turn the pieces of cheese on the board until you discover the mouse’s nose. Also in this game, as for Crazy Campers mentioned above, there is a booklet where you can find all the challenges and the number of moves in which you have to solve them. To start playing you have to choose a challenge and then you have to place the mice of the color indicated on the game board, all with the bottom up. Will you be able to solve all the puzzles?

The streets of ink

Railways and roads intertwine on the planks of The Roads of Ink, Roll and Draw by Horrible Games and distributed by Ghenos Games. The game consists of rolling four dice, which they have drawn on sections of roads and railways, and reproducing those designs on their game board, trying to create long roads and railways without interruption. At the moment they exist two versions of this game: the deep blue, which contains within it the expansions rivers and lakes, and the flaming red, which contains the expansions lava and meteor.

Lovers of exploration, here is the game for you. Pack your bags, provisions and board your vessel to discover Small Islands! In this game you have to place the island tiles in order to be able to meet the requirements of the objective you have chosen at the beginning of the game, the winner is the one who has made a higher score with the resources collected on the various islands and with the number of huts built. In the solo mode you will go to challenge Alexis Allard, creator of the game, and you can also decide the level of the game between easy, difficult and medium.

If you are a bird watcher, you have found the right game. Wingspan is a management software by Stonemaier, distributed in Italy by Ghenos Games. At the start of the game each player chooses a personal goal that he will have to keep in mind all the time, but he will also have to take into account the public goal that varies with each round. If you play solitaire, you will find yourself challenging the automaton that must be managed with special cards.

Let’s close this guide with a game for the little ones. The mysterious forest is an adventure game published by Mancalamaro that can be played both alone and in collaborative up to 4 players, in both modes the game always takes place in the following way:

It goal of the game is to beat the final boss.